We know we’re not perfect, but if you want to pronounce foreign words and brands correctly, scroll through this list – I know I’ve been saying most of these 12 wrong for a while!

It’s a German label from a German company, and in Germany they would say it BUY-er. That said, BAY-er is probably going to serve you best here in the USA, since no one would have a clue what you were talking about otherwise. 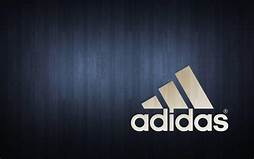 No, the name of this German shoe brand doesn’t stand for “All Day I Dream About Sex,” and it’s also not pronounced uh-DEE-duhs, either. It’s AH-dee-DAHS, named for founder Aldoph “Adi” Dassler.

It’s been put into common English use because of the photo apps that use it as an effect, but the recent iPhone ad promoting their Depth Control feature is pronouncing the word wrong.

It’s not BOH-KUH but boh-KAY. Yeah, like the bunch of flowers.

The letter C is confusing in Italian (in Latin, there are only hard C’s, fun fact), so while most people say mo-SHEE-no or moss-CHEE-no, the correct way it to substitute a hard K sound for the ch – mo-SKI-no.

For anyone who didn’t watch Friends, this French brand is pronounced Ralph LO-ren, not Ralph Lo-REN.

You love their cheap-but-stylish furniture and Swedish meatballs, but I have some news for you – according to Swede and LA Galaxy player Zlatan Ibrahimovic, it’s not pronounced eye-KEY-uh, but ee-KAY-uh.

The guide to all things restaurants is named after Tim and Nina Zagat, who pronounce their last name as zu-GHAT, not ZA-gut.

The actual pronunciation – NUT-el-uh – makes sense, because the yummy spread is made of hazelNUTS not hazelNEWTS.

That said, for some reason Americans insist on referring to it as NEW-tell-uh. 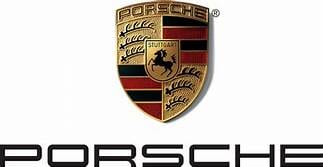 Save a German’s ears and say this one Poor-shay (and roll the R in the back of your throat) and not Porsh (with your drawl included).

You’re probably pronouncing the car company as HUN-DYE, but in reality, the world (which comes from the Korean word for modernity) is pronounced HUN-DAY (rhymes with Sunday).

French is hard, y’all, so if you want to sound smart go with Bahl-mah in stead of BALL-MAIN.

The more you know!