15 Animation Mistakes in ‘The Little Mermaid’ That Most People Miss

Back in the days of handpainted animation, filmmakers just had to do their best to keep every frame consistent with the last. If there was the occasional mistake, they probably just figured it would be small enough to go unnoticed.

These 15 tiny mistakes are all in Disney’s The Little Mermaid. Fair warning, though – after you read this post you won’t be able to unsee them!

#1. Ariel is crying on a rock next to a piece of broken wood and a broken vase. But in the wide shot, everything is different – even the rock formation. 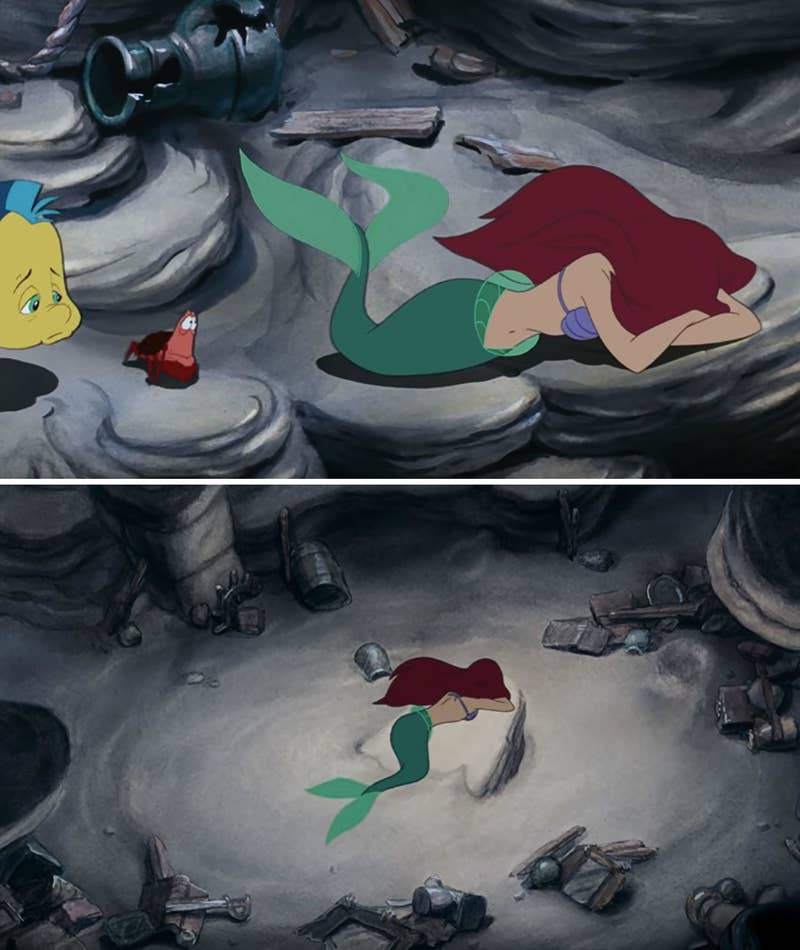 #2. Max’s paws are white…except that one time they’re gray. 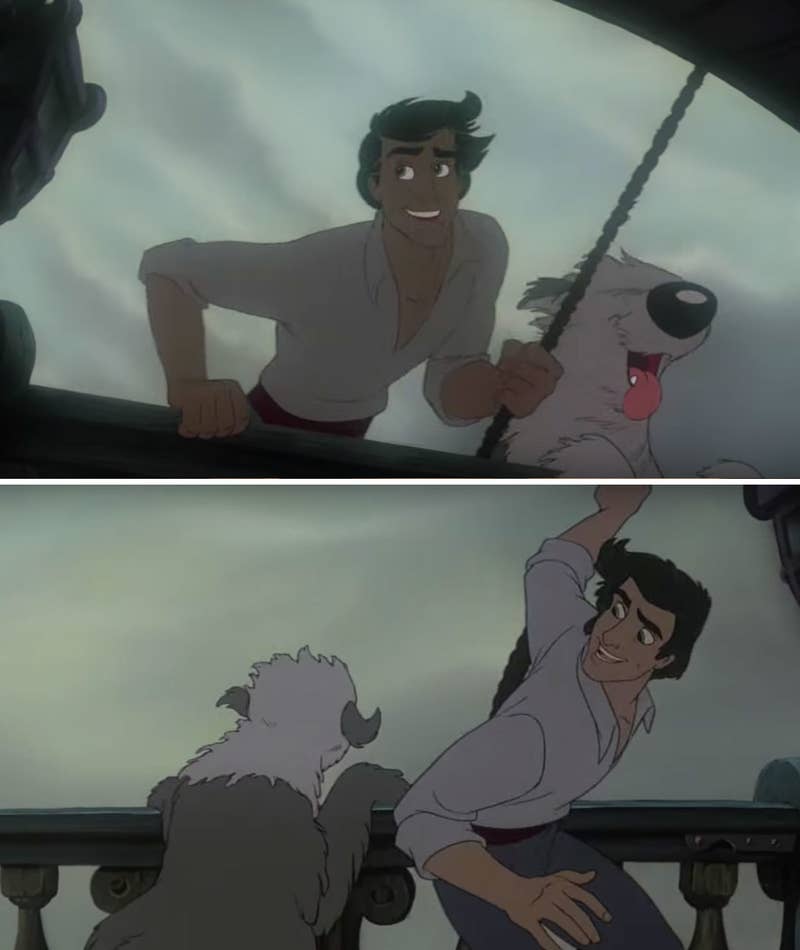 #3. When Ariel meets Max, he licks the right side of her face, but she wipes the slobber off of the left side. 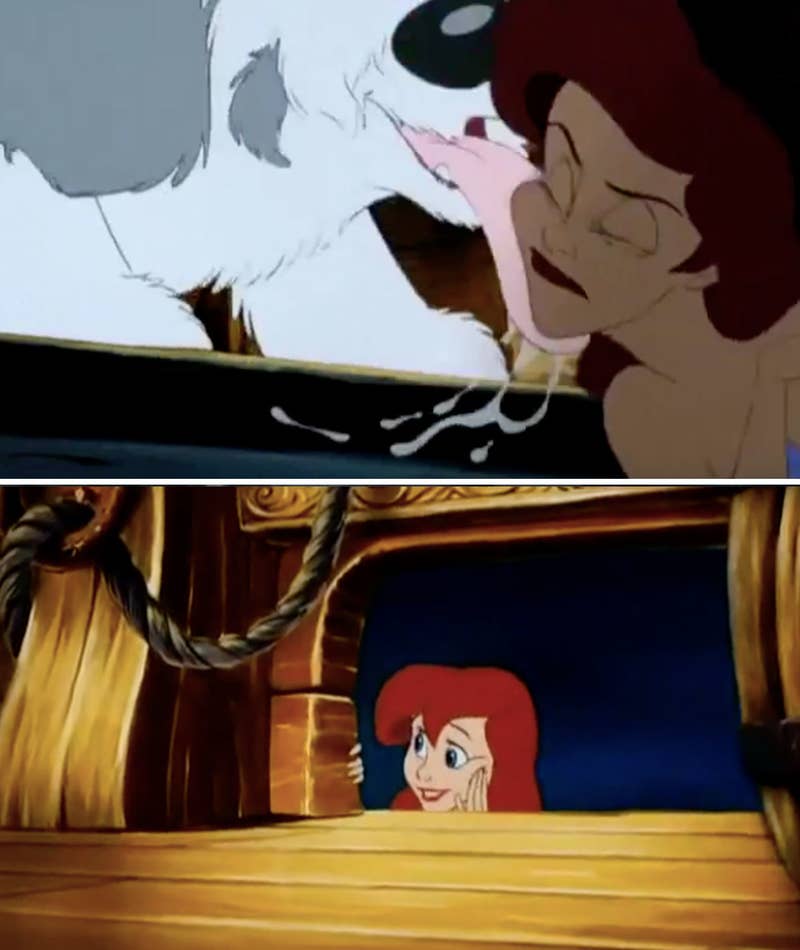 #4. This porthole changes from the time Scuttle lands on it to when he flies away. 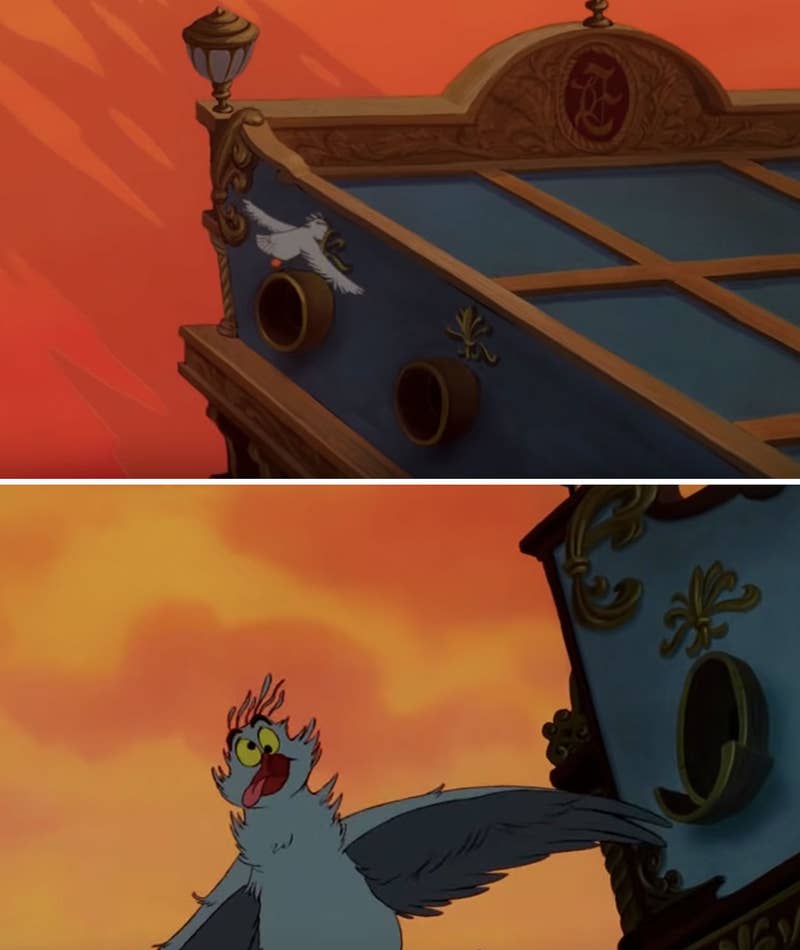 #5. The perfume bottle Vanessa steps on and breaks wasn’t on her vanity in the wide shot. 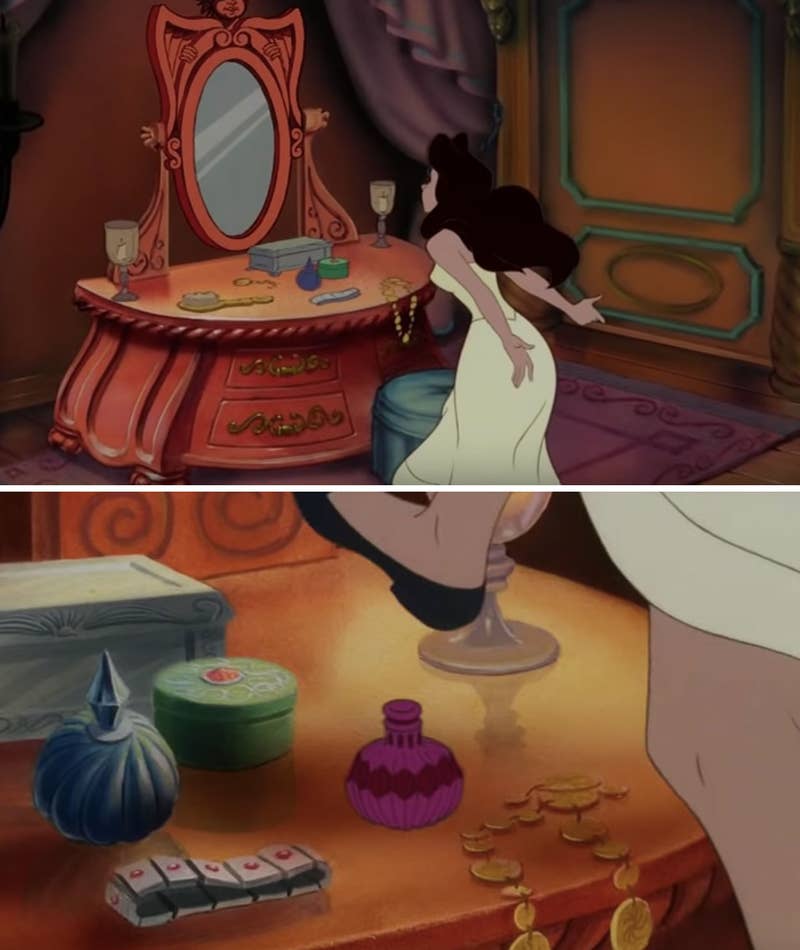 #6. The handles on the plate covers change between the closeup and wide shots. 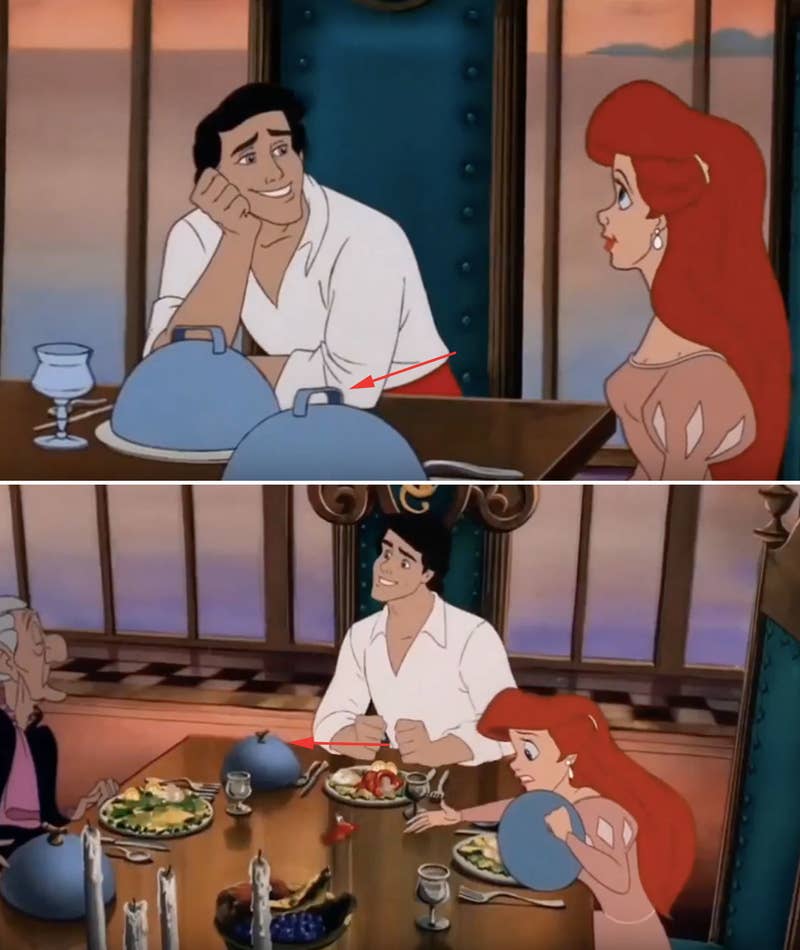 #7. When Ariel first sees the “dinglehopper” it has four tines, but only three after she picks it up. 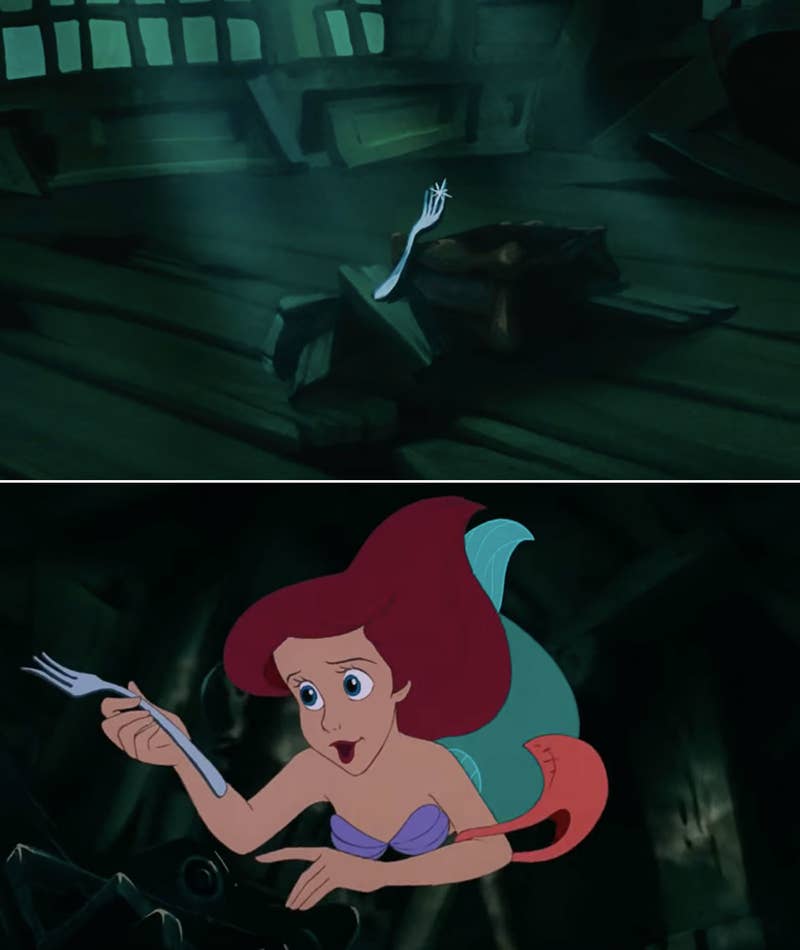 #8. When Ariel swims out to stop the wedding and climbs onto the ship, she’s shoeless – but when she gets her voice back a moment later, she’s wearing shoes. 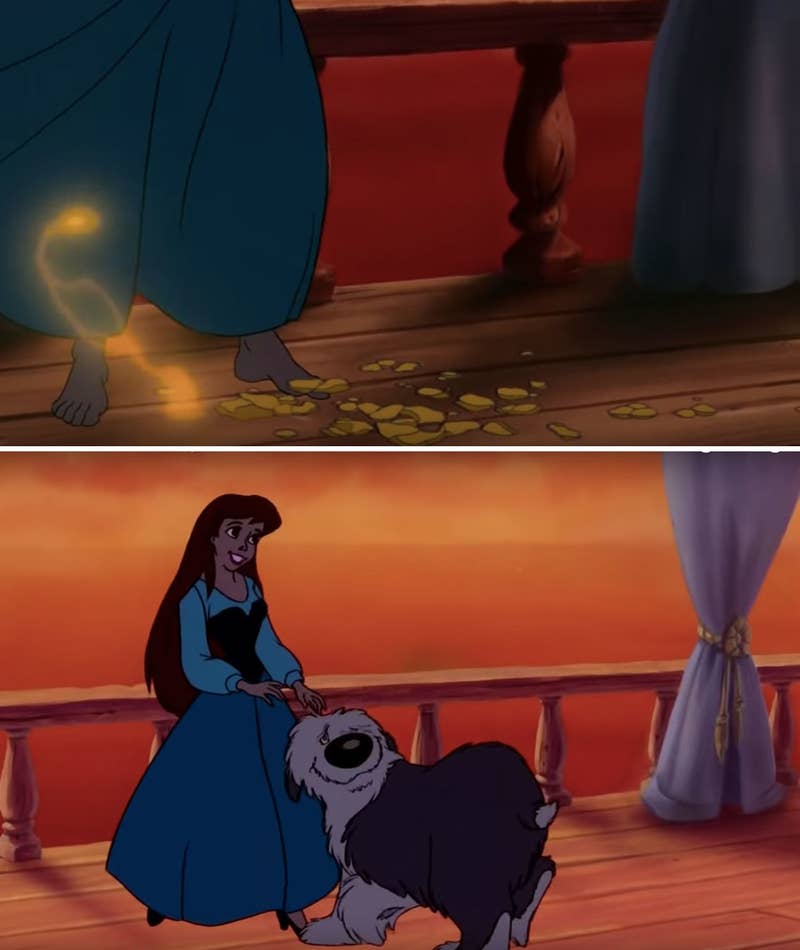 #9. During Eric and Ariel’s date, her hair is half-up, half-down, but her shadow in the water reflects a ponytail. 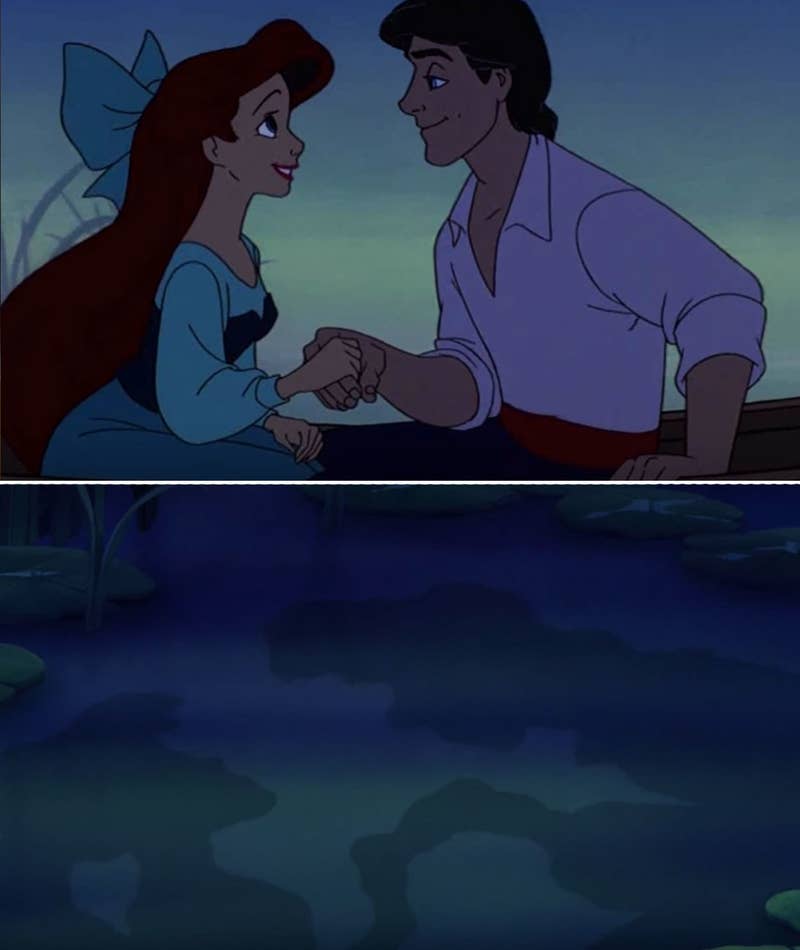 #10. Sebastian is thrown into a brown sauce…that somehow turns white by the next shot. 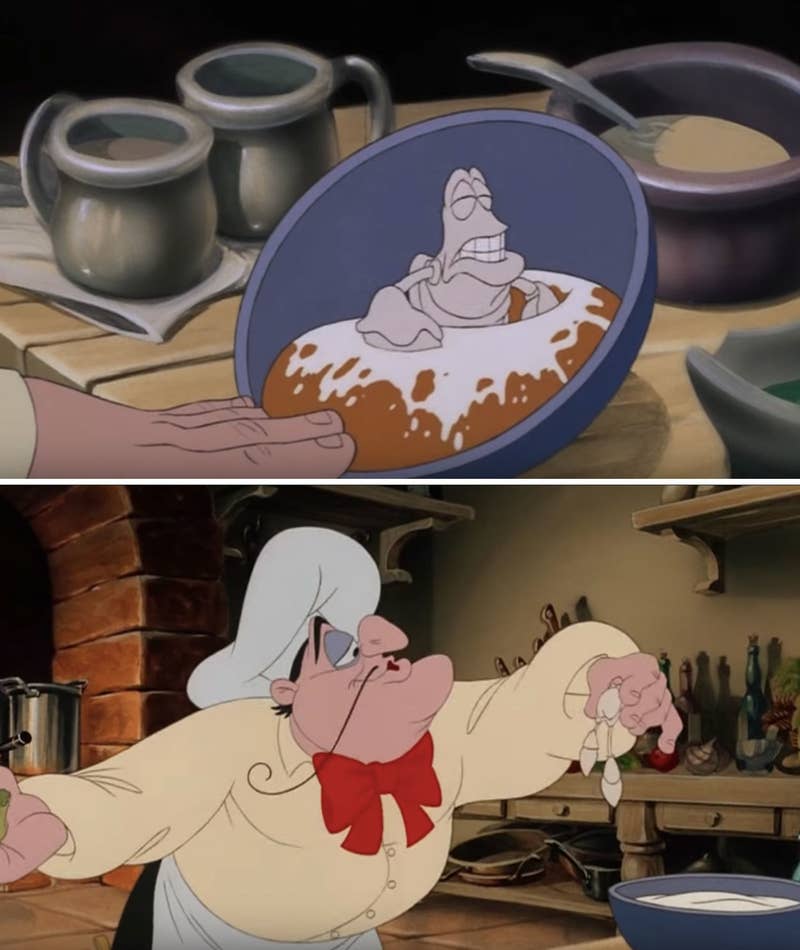 #11. When Flounder gets stuck in the pothole, his fins are stuck on the outside and the inside, somehow. 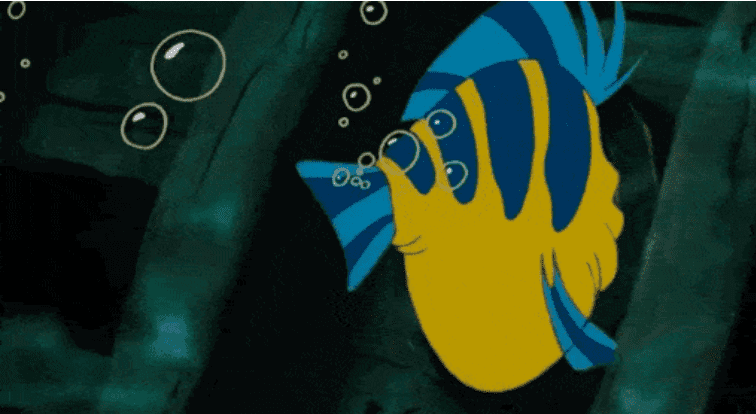 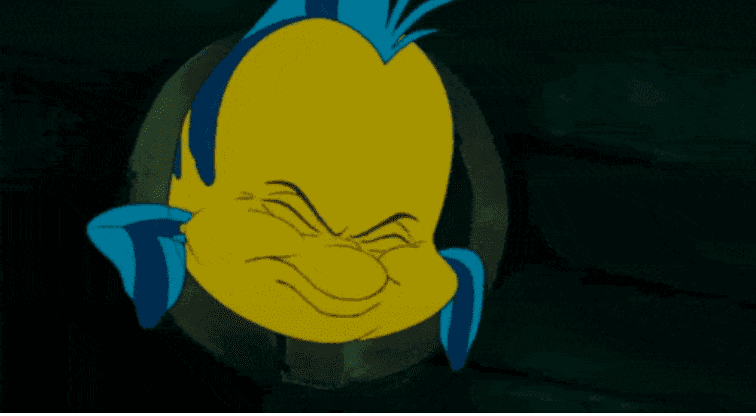 #12. King Triton blows up the Eric statue in the grotto, and we see the cracks and lines going through the entire thing…but somehow his face is intact? 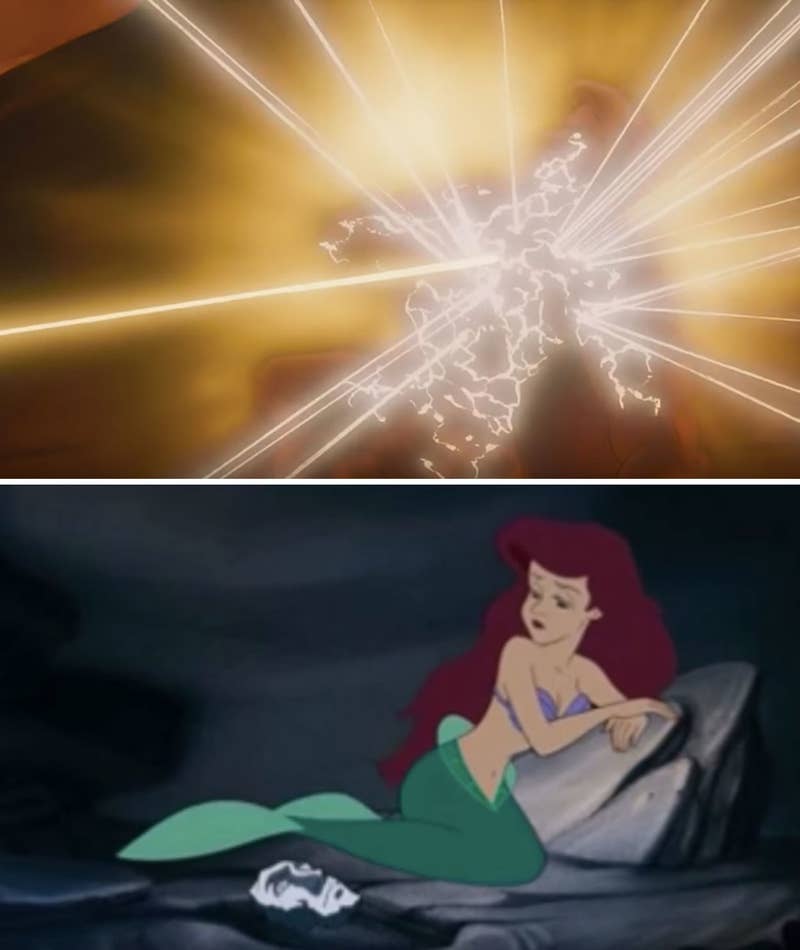 #13. King Triton’s crown has 5 peaks while he’s wearing it, but 7 after she turns him into that shriveled little sad thing. 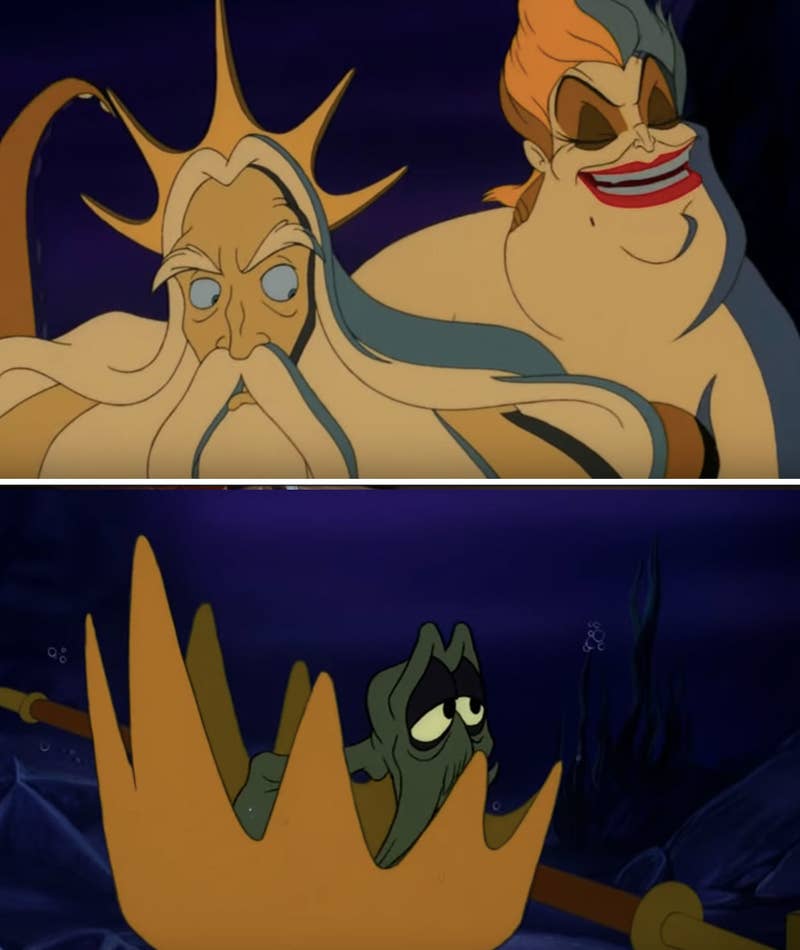 #14. The bookmarks in the priest’s bible change colors. 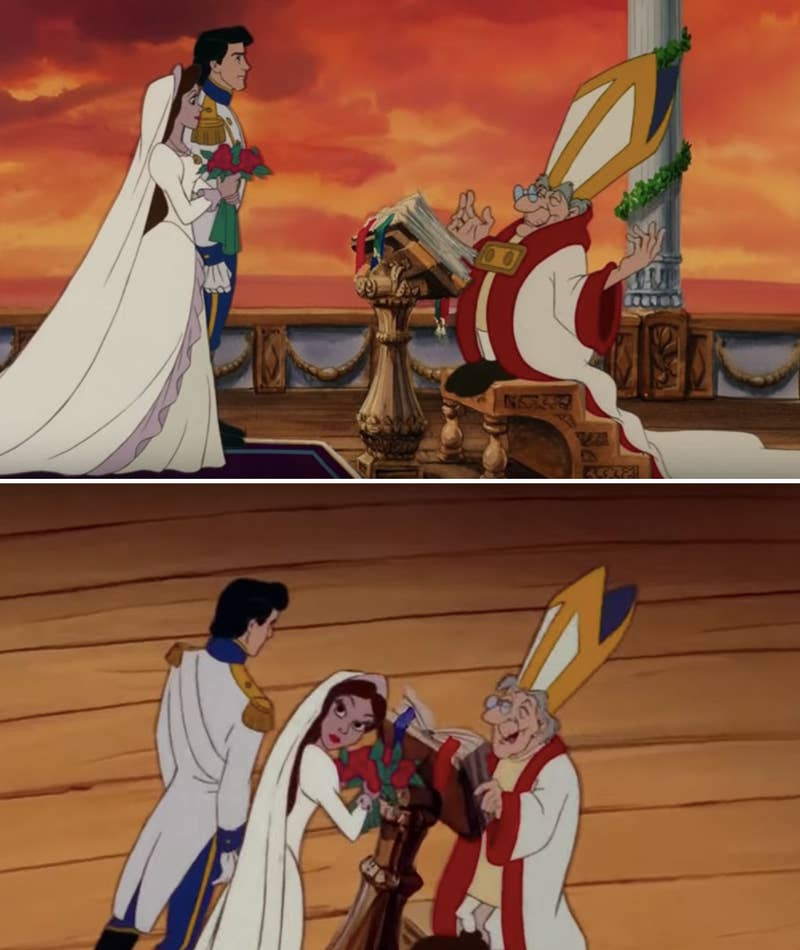 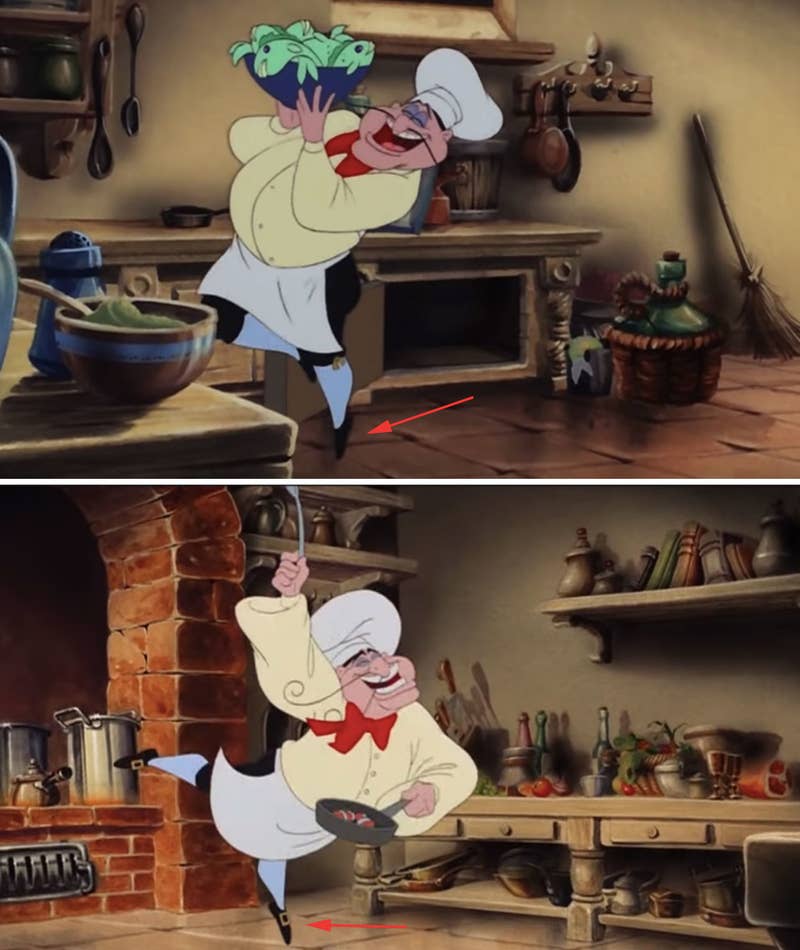 One thing is still true – The Little Mermaid has the best songs (and the hottest prince).