The funny thing about people is that we’re kind of lazy. Instead of making entirely new cities out of scratch, we’re just like “Hey, why not just build right on top of this existing city? Way easier, amirite guys?”

As a result, digging around in cities can reveal all kinds of interesting things from the past. That’s what happened during the 2009-2018 expansion of the London Underground. Here are six totally neat things that came out of England’s latest modernization. 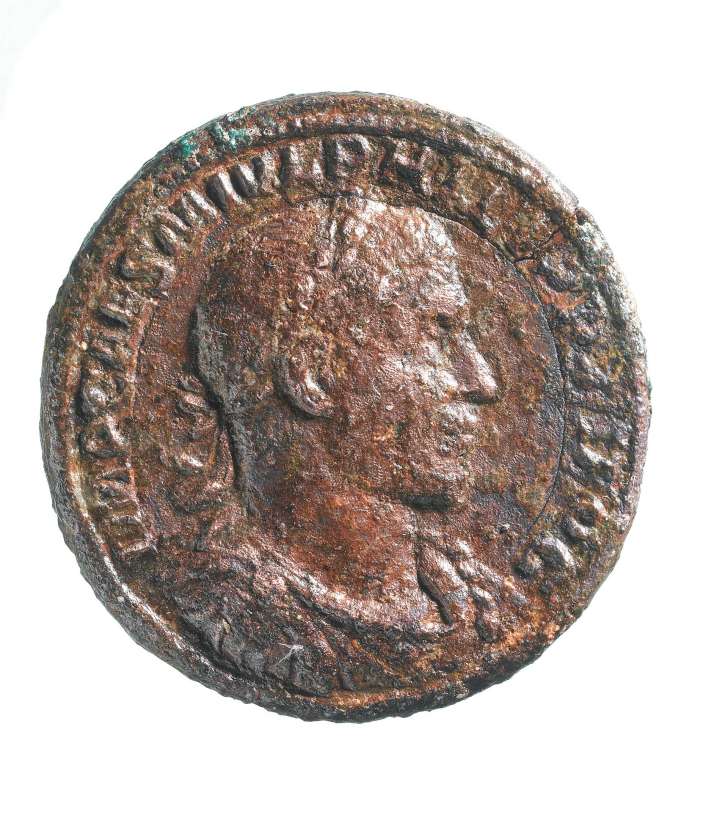 Archaeologists who excavated Crossrail’s Liverpool Street uncovered more than 100 copper Roman coins and a bit of silver currency that ranged from 43 CE to 348 CE.

There was also a rare bronze medallion issued to mark the new year 245 CE. It was presented by Emperor Phillip I to a high-ranking government official and is the only one of its kind to date. 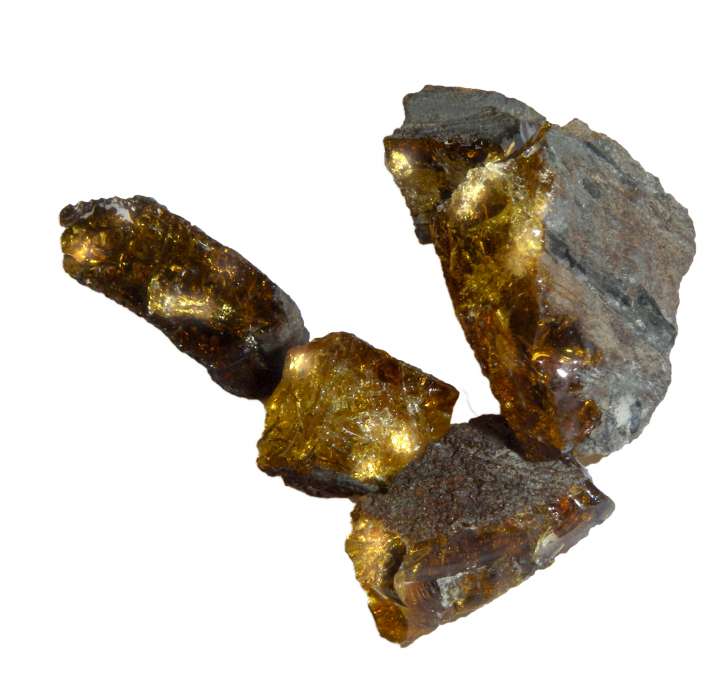 Engineers found the piece of amber from 50 feet below the dock bed beneath Canary Wharf before construction officially began – it’s the oldest amber ever to be found in London.

Don’t worry, no one has reported a mosquito containing dinosaur blood (yet). It did contain bubbles of trapped gasses that could yield new scientific insights about climate change.

#3. Victims of the Black Death 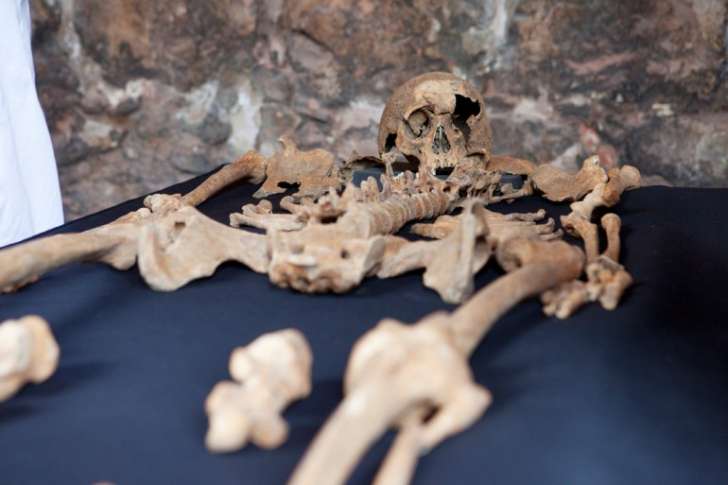 Archaeologists unearthed dozens of Black Death-related skeletons beneath London’s Charterhouse Square back in 2013 – the remains indicated that the people died during 14th and 15th century pandemics. Their teeth contained DNA traces of Yersinia pestis, the bacteria that caused the bubonic plague, and carbon dating indicated the burial ground had been used from 1348-1350 and again during the 1430s.

Not all of the skeletons were plague victims, however, suggesting the burial ground was for dead in general. 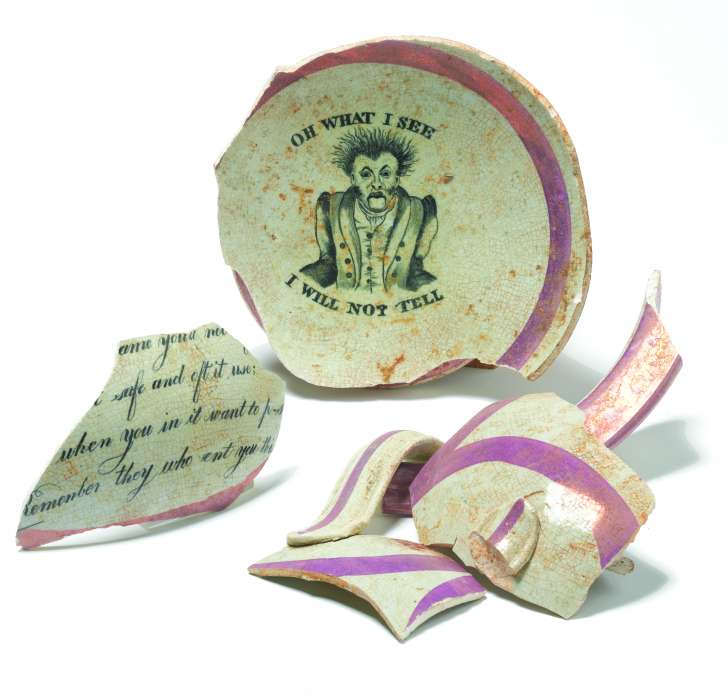 When you’re poo-ing in something that has to be dumped manually, a sense of humor seems to be a no-brainer – and this chamber pot found during Stepney Green Station in East London verifies my assumption. It was found in a 19th-century cesspit filled with tobacco pipes and fragments of pots like this chamber pot that contains a cartoon of a grimacing man and the phrase “Oh what I see/I will not tell. …when you in it want to p*ss/remember they who gave you this.”

#5. A cluster of Roman skulls 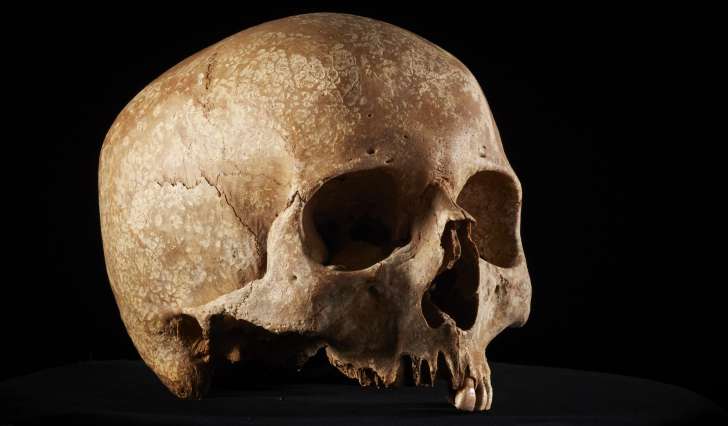 In 2013, workers at the Liverpool Street station site dug up Roman pottery and around 20 Roman skulls. Similar skulls have been found in the area, and some archaeologists suspect they belonged to rebels led by the Iceni warrior-queen Boudicca, who revolted against the Empire during the 1st Century CE.

These skulls, however, appear to date after the uprising, and likely washed out of a Roman cemetery long ago. 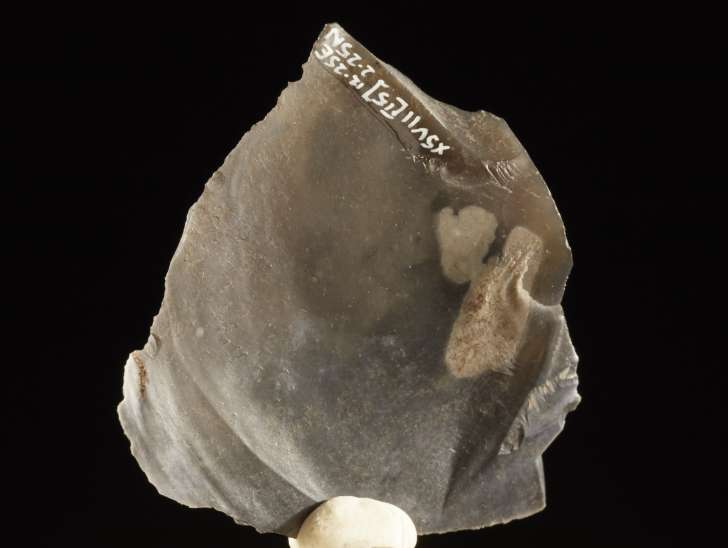 At North Woolrich, in southeast London, scientists discovered a Mesolithic-era site near the Thames where early humans crafted tools 8500-6000 years ago. There were traces of campfires, flint pieces, and an 8,000-year-old stone tool.

The find is only one of a handful that confirms humans lived in the Thames valley after an Ice Age hiatus.

I’m all for progress if it means finding more delightful things like these!