9 Common Phrases That Are Actually Racist

It may come as a surprise that a lot of the everyday terms in our lexicon have racist origins.

So maybe the next time you’re about to use one of these words or phrases, you’ll think twice because you’ll recognize they have some serious connotations.

Here’s a little history lesson for all of us:

This term is a throwback to the days of slavery and refers to “the fact that black slaves sang and shouted gleefully during corn-shucking season, and this behavior, along with lying and teasing, became a part of the protective and evasive behavior normally adopted towards white people in ‘ traditional’ race relations.”

Obviously, using that term to describe President Obama was not a smart move.

How has the phrase “long time no see” not been called Native American verbal redface?

This term was first used to make fun of Native Americans, mocking a traditional greeting.

Did you know the phrase 'peanut gallery' has racist origins?

It was the cheapest and worst part of the theater, and the only option for Black attendees. No one wanted to sit in the peanut gallery and today, no one wants to hear from the peanut gallery. #RewriteBHM #BHM pic.twitter.com/vwHHHWLeVP

MINORITIES MUST STAND UP TO ABUSE:
Kneeling to protest at games is tasteful yet effective. But white owners and racists think blacks are too uppity.
"Uppity
Word used by racist old white Southerners to refer to any black person who looks them in the eye." –URBAN DICTIONARY pic.twitter.com/CrRQJqTyTl

5. Sold Down the River

"The phrase 'sold down the river' came from Louisville, Kentucky, where the enslaved were traded in one of the largest slave markets of the 19th century." https://t.co/9pwGwoX8sk

A literal reference to slaves being sold down the Ohio and Mississippi Rivers.

(Ever hear white rioters called thugs on the news ? Or killer cops? Nah just us) RT @PerilsOfAndrea: kids tellin me thug is the new "N" word

If a 1400 SAT score and a degree from Stanford makes you a "thug" then I want my kids to be thugs. @RSherman_25 pic.twitter.com/MWuWWPNSWh

A thug is a violent criminal, so referring to protesters by that term is way off base and offensive.

Quick reminder that the Grandfather Clause is a racist policy that was used to purposefully disenfranchise black voters after the Civil War https://t.co/QWmRwLHJUx

From the Encyclopedia Britannica: “Grandfather clause, statutory or constitutional device enacted by seven Southern states between 1895 and 1910 to deny suffrage to African Americans. It provided that those who had enjoyed the right to vote prior to 1866 or 1867, or their lineal descendants, would be exempt from educational, property, or tax requirements for voting. Because the former slaves had not been granted the franchise until the adoption of the Fifteenth Amendment in 1870, those clauses worked effectively to exclude black people from the vote but assured the franchise to many impoverished and illiterate whites.” 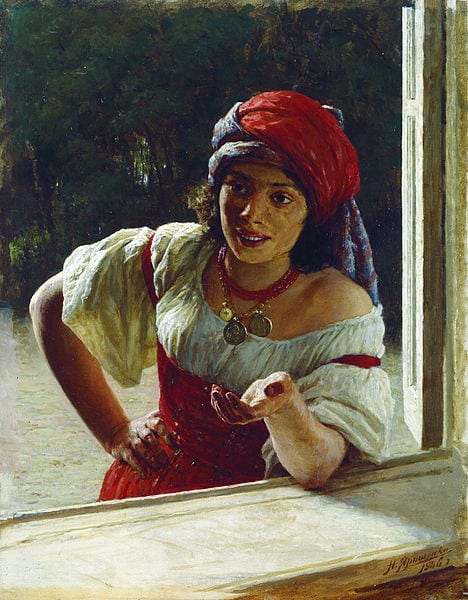 “Gypsy” is a slur referring to the Roma people, who have been outcasts throughout much of history. The word “Gypsy” and the term “gyp” or “to get gypped” means to get conned or ripped off because of the stereotype of Roma as thieves.

The GOP argument on Obamacare has more than a whiff of Reagan-era racial "welfare queen" politics —> http://t.co/2ZQ0Baj9pQ

This term was first popularized during Ronald Reagan’s 1976 presidential campaign and was used to portray people on welfare as taking advantage of the system.

Think twice before you use any of these terms again.