People have different ways of dealing with a break up. You may be the type who turns to pints of ice cream and sappy rom-coms to ease your pain. Or…you might take a bit more drastic measures.

These jilted lovers went to dramatic lengths to get revenge on their exes. Here are their stories for your vicarious enjoyment: 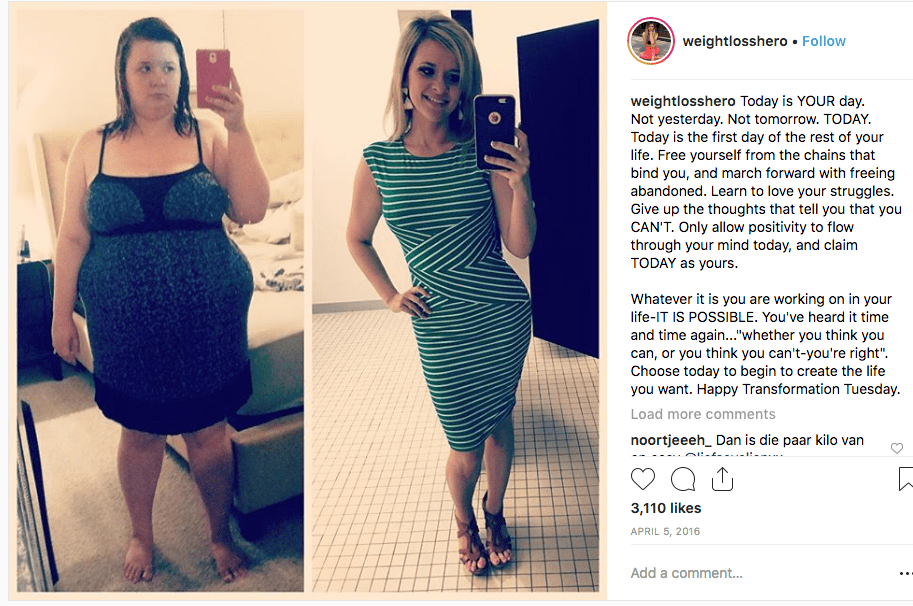 8. This man was ordered to give his wife half of everything. He did.

7. This Redditor’s best friend helped him get revenge on the woman who broke his heart. The story ends with a twist…

Back in early 1997, I was in college and dating a girl (A). Like most relationships in one’s teens & 20s, it didn’t last. Ultimately, I found out she was still “seeing” her ex back in her hometown when she went home on weekends. As this was within a week before my birthday, it was all the more bitter of a hurdle to get over.

As a result, one of my best friends at the time (T) told me he wanted to give me a great birthday present to cheer me up…. Some revenge. He said, “(C),I need you to get me the color, make, & model of (A)’s car, plus her license plate number”.

“What do you need that for? And how’s that going to be a birthday present for me?” I asked.

I already knew the color, make, & model of her car. However, I had to go on a recon mission up to the dorms that night, find her car, and write down her license plate number. I still remember the rush I got when I found it in the dark. I wondered what the hell (T) was going to do with this info? My only clue or insight was that (T) was a paramedic at the time. But still, how would this info be useful for him?

I got home and called him…

“Okay, (T), I got the info you need. (A)’s car is a silver [make/model/plate – redacted].” Oddly enough, I still remember that plate number after nearly 16 years. I continued, “So, are you going to tell me how this info is going to be a great birthday present of revenge?”

I could almost hear his devious grin as he told me, “You see, as a paramedic, when we go out on calls in the ambulance – all full lights & sirens, occasionally there’ll be some douche who refuses to pull over or get out of our way. When that happens, we jot down their vehicle info and turn that into the Washington State Patrol. They, in turn, issue that person a $300 ticket for failure to yield to an emergency vehicle… which supposedly in incontestable in court (or at least very difficult).

I have often wondered how that ticket worked out for her….

[Update] Long story, short… (T) is now serving 16 years at Lompoc Federal Prison. He and another guy got busted in 2009 for robbing 16 banks between Seattle & Portland.

6. If your ex likes to read, here’s the ultimate plan for revenge.

I was going about my normal day, browsing reddit for a while, when my hand brushes against something that isn’t mine. One of those sappy Nicholas Sparks books that my ex was so fond of that she kept trying to get me to read. I recalled that I had finally given in and decided to try one. It was awful, and I had forgotten to return it to her. This girl had been trying to make my life hell for a while, so I hatched a devious plan. I tore out the final page of the book, and then returned it to her. I have no idea if she even read the book after i gave it back, as she had mentioned it was one of the ones she hadn’t read yet, but the thought of her getting to the end of the book and realizing that the last page is gone makes me shiver with petty delight.

5. This Redditor’s brother got his revenge by being helpful.

My brother recently went through a divorce. His now ex-wife has been in a downward spiral for the last year and has burned so many bridges she is down to sleeping on a friend from her work’s couch because none of her other family or friends will take her in and she is so bad with money she would rather go out partying than pay her bills.

The divorce came about because she cheated on my brother with a guy half her age (she is 40) who is a convicted felon. Her boyfriend violated his parole and is now sitting in jail awaiting a hearing to see if he is going back to jail. She actually had the balls to ask my brother to pay for his bail so he could get out. When my brother declined she went into a rage and demanded access to her stuff (she has about 30 boxes and a bunch of furniture in storage in his garage. He was fine with letting her keep it there until she got a place she could put it). He told her he would take care of that.

The next day he loaded it all up and delivered it to her friend’s house (where she is staying) while she was at work. At first the friend was cool with him bringing her stuff over, until she realized how much stuff it was. Now her entire apartment is packed with boxes and furniture and it looks like a storage unit.

When his ex got home from work she called my brother and screamed at him that she wanted a key to his place so she could come get what she needed whenever she wanted, not this. He told her that she didn’t specify that and that he wouldn’t ever give her a key to the place, but she didn’t need to worry. She now had everything handy right there.

4. In a pricey but admirably ambitious revenge plan, this man bought a house next door to his ex-wife so he could erect a bronze sculpture in her honor. 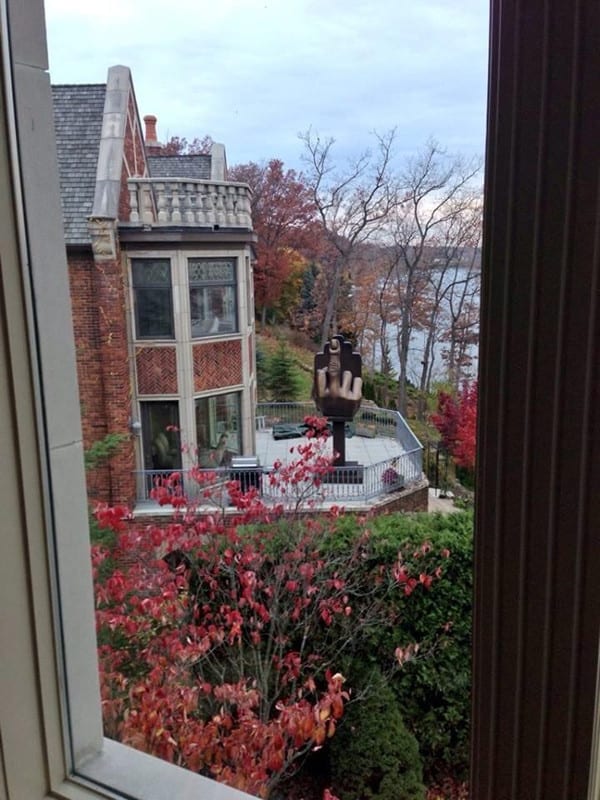 3. This man vented about his ex on C-SPAN, of all places.

2. This woman reported her ex to authorities.

I knew that this guy was driving without insurance or tax on his car, so I decided to make an anonymous tip off to crime stoppers (British service to dob in people who commit crime). I didn’t think much of it until I got a call from the other woman who asked me if I knew why his car was clamped outside her house. I said I did not know. It just so happens that on that morning he had stayed over night at her house and when she left for work she took his mobile phone, the house phone and her keyboard with her so she could peruse his phone at her leisure at work, without him being able to tell people he didn’t have his phone etc. Obviously because she still didn’t trust him. Well it turns out that the police decided to clamp his car that day and with him unable to get in touch with anyone he had around a 3 hour walk to his mums house so he could sort his car out. Oh and by the way that morning the woman found out there was a third woman involved with him when she took his phone that day so justice served 🙂

1. And this woman decided to stand up to her abusive ex, and help another of his exes in the process.

Mine was, I dated an extremely abusive guy right after my divorce. Found out his divorce wasn’t finalized and he went into her house and emptied it so she came home to an empty house. He had a $1M car collection he also hid. He trusted me by telling me where all the stuff was hidden. He had to go to court because the judge ordered him to produce all the belongings. He denied knowing where they were. After I had enough of his abuse (nine months), I went into his work and got her phone number off his computer and called her. She invited me over and I told her where everything was. A week later, she got her attorney to tell the judge so he obviously granted her possession of everything. I watched from two blocks away all the furniture, cars, etc get hauled off by her. He had to serve six months in prison because he was found in contempt of court’s orders. His business also went under. It was exhausting for me to do all of this, but totally worth it.

Edit to add: I JUST divorced for two months when I met him. He was the polar opposite if my ex so I thought things would be OK. I was 27 and he was 54. The first three months were bliss. Wining, dining, going places and meeting friends. All the sudden, Mr. Hyde showed up and I found out he was going through his FOURTH divorce. Then the abuse started. Calling me fat, telling me I dressed like a whore, had to always pick out what I wore, hated everything I did and when I follows his suggestions, it still wasn’t good enough. Nothing I did was ever good enough. Then the physical abuse started. Grabbing me and shoving me, taking my arm and twisting it until it hurt. He was sadistic. I was like a science experiment to him. He talked about all his exes all the time. He delighted in fucking with them (stalking, intimidating). The few times we saw her out, she had the look of concern on her face when she looked at me. I finally had enough if his shit. I was 27/28 and in the best shape of my life and this old mother fucker was ruining me. That’s when I decided to be proactive and make it count. I told myself I wasn’t going to be another woman he succeeded in fucking over, so I teamed up with his last ex and we nailed his ass to the wall.