And insulting a woman at her child’s funeral might be one of those things no one is going to forgive you for – and something you shouldn’t expect forgiveness for, either.

This poor woman lost her baby to a heart surgery that was meant to correct a defect, and she’s clearly still struggling with grief most of us hope we’ll never have to experience for ourselves.

I lost my son to congenital heart disease and he did not survive the open heart surgery at the age of 1 year and 6 months. He was the greatest blessing I had in my life. Everyone kept telling me things will get easier with time. I know that no matter how much time goes by I’ll still be missing my baby and everything sweet about him.

Her mother-in-law thought she knew best the entire time and the two were in constant conflict, with MIL criticizing all of Mom’s decisions through the process.

This conflict has also caused trouble in her marriage.

Mother in law and I were in constant conflict. Things always been bad between us but in those months we reached our limit. She kept getting involved in my son’s treatment., and criticized every decision I made claiming I didn’t know how to handle my son’s illness. We went low contact but she kept causing issues occasionally. My husband was torn between our son’s illness and his mother’s issues.

This woman came TO THE FUNERAL and went off again about how the mother’s poor handling of her baby’s disease caused his death – and HER pain at his loss.

When my son passed away she came to the funeral and caused a scene by arguing with me knowing I had no energy for it. She used the fact that everyone was there so she could say it was my fault my son was born sick and I didn’t take care of him properly, that I didn’t listen to her when suggested other ways to treat his condition. And That I was the one who took their grandchild away from them and caused them heartache.

Then she doubled down, yelling that OP was a bad mother.

You don’t do that on a normal day, nevermind on THAT day of all days.

She then loudly called me a bad mother I had no idea how I kept my composure and kept standing on both feet. My mom and sisters responded by telling her to leave. my husband was sitting down crying. She then went to tell everyone I kicked her out as a way to hurt her further and lied that I convinced my husband to ban her from visiting her grandson’s grave.

OPs husband finally stepped up and cut off contact, but his family again accused them of being selfish and ignoring THEIR pain over the ordeal.

My husband later sent his side of family an email talking about my mother in law’s behavior during and after our son’s illness and telling them he no longer will be seeing her. That had the family criticizing us saying mother in law was just trying to do what was best for her grandbaby and called us selfish for assuming we’re the only ones struggling with this tragedy.

Now that OP is pregnant again, MIL is anxious to make amends (and is perhaps even financially bribing OP and her husband to let them into the new baby’s life?).

OP wants nothing to do with it but her husband thinks they should go.

We haven’t seen his mom in 1 year and 8 months. I’m now 3 months pregnant. No one knew only my sister in law (brother in law’s wife) but word got out. Though we told her not to say anything. Week later I had family members saying I was invited to a dinner hosted by mother in law so she could both apologize in front of the whole family and settle this issue before the baby’s born.

They said mother in law was regretful, and offered to financially provide for her grandbaby and they want to see that. I refused But My husband surprisingly wants me to go.

She’s adamant that she’ll never forgive her, but she’s getting grief from all sides about not being able to “let it go” and let everyone move on.

I had his grandparents calling me telling me that I’m a person with a good heart and forgiveness’s something I’m capable of giving. I told them I’ll never be sitting at the same table with the person who called me a bad mother at my child’s funeral. I still remember it vividly til this very day.

My sisters said this change of heart from mother in law is probably for the new baby. It could be but I insisted I won’t come. They’re saying I’m making hard for everyone to move on and past this unreasolved pain and should really go.

First and foremost, no one has the right to judge extremely difficult decisions in impossible situations. 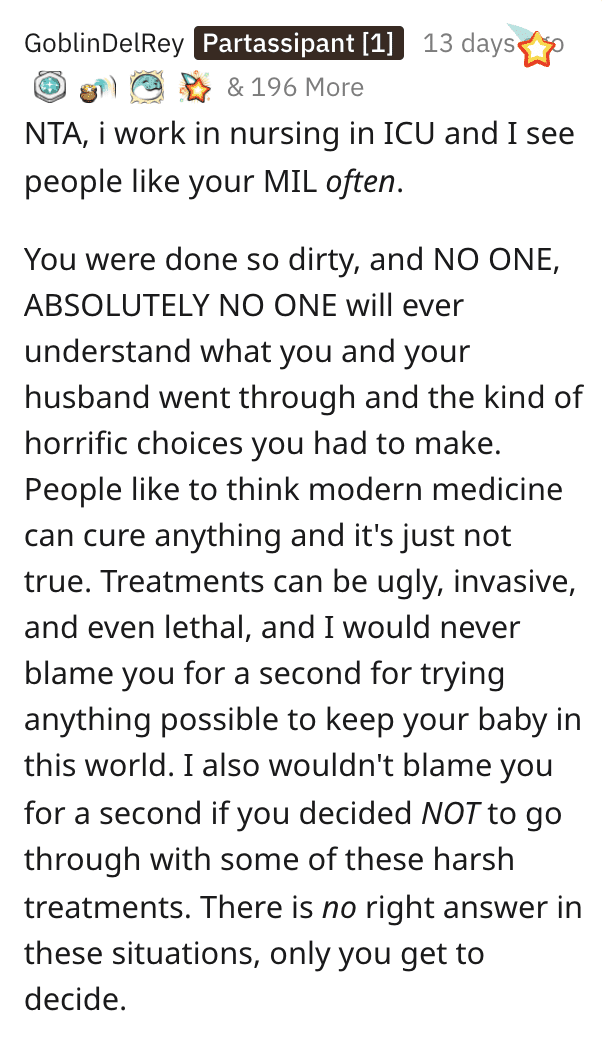 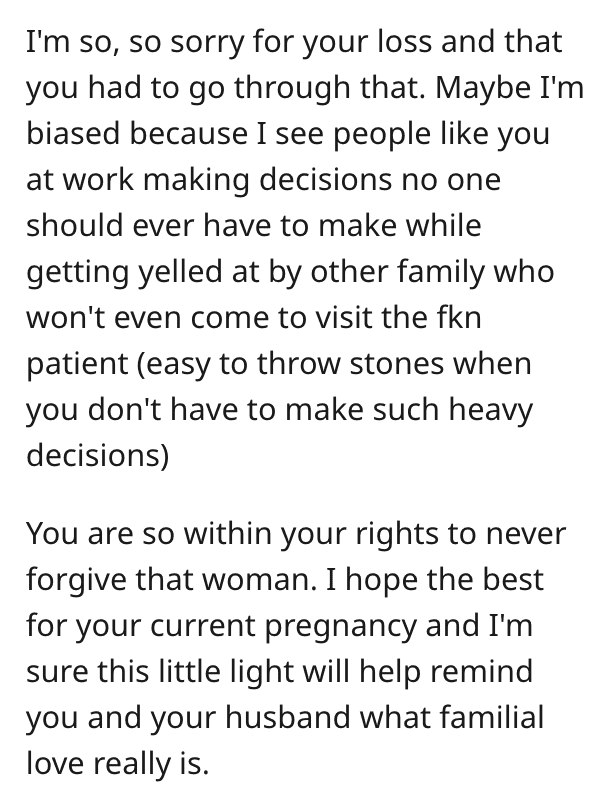 How could you not be appalled, as a mother?? 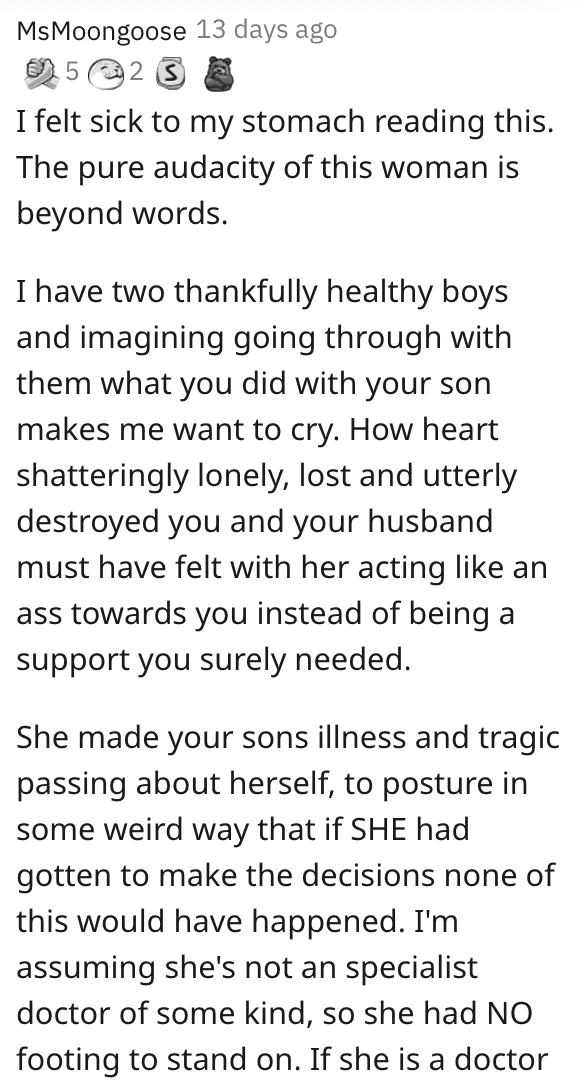 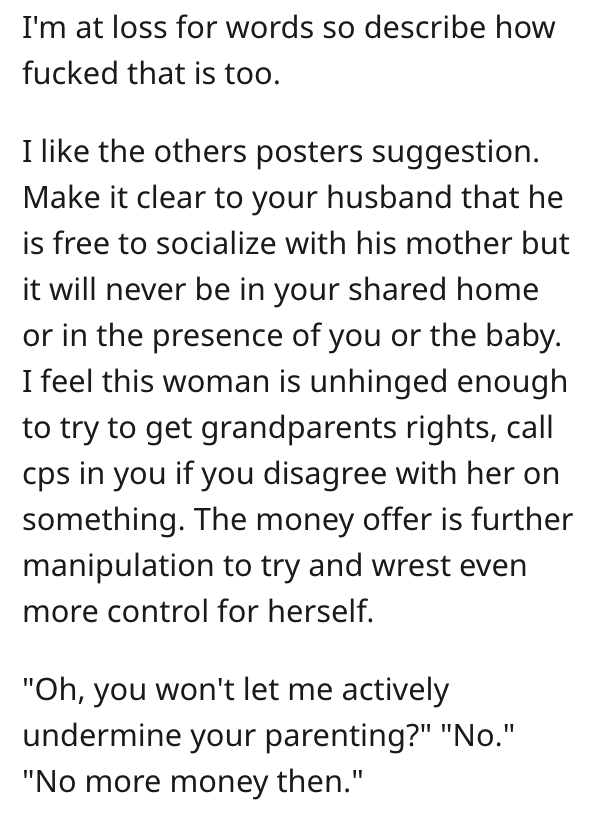 MIL is a textbook narcissist, and those people don’t change. 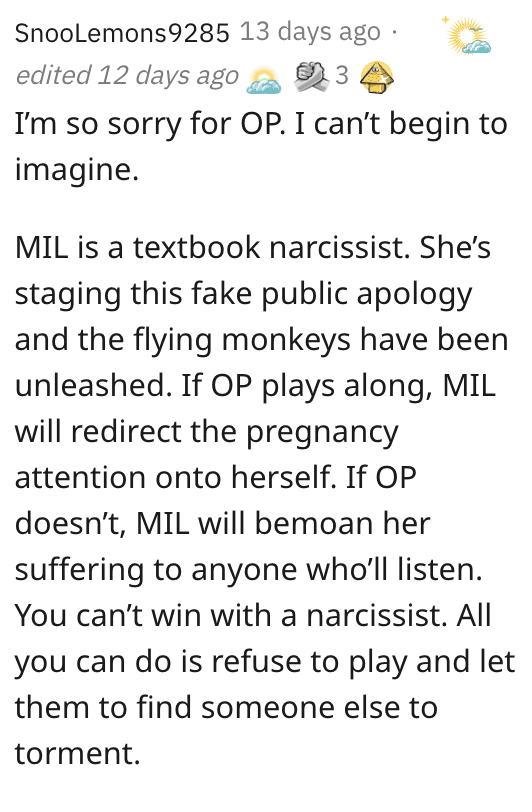 She’s got a plan, but OP doesn’t have to play. 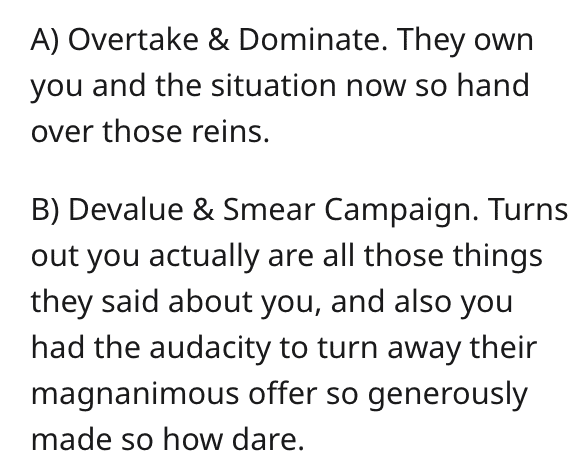 I mean seriously, who does this?? 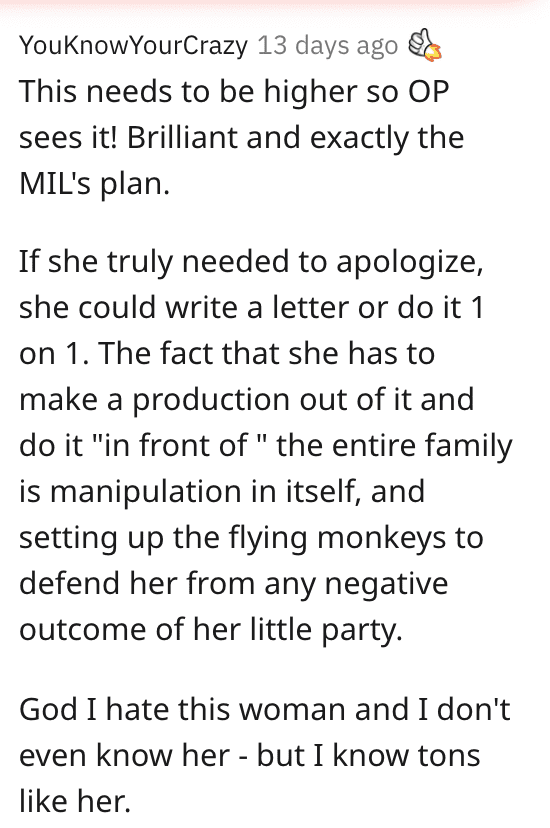 Grab your pitchforks, y’all – let’s go get her.

I mean, I’m not a fan of mob violence but I swear, if a situation ever justified it, this is it.