Trying to figure out an equal division of labor at home is hard. Like, really hard. It’s especially hard when one partner is pregnant, nursing or otherwise rearing small children. Children are exhausting, period, no matter what age they’re at.

But on the flip side, if the other partner is putting in long hours to help pay for said children, that can really start to become a grind, too. Call it an impasse — no one is super happy.

One man took to Reddit to ask if he’s an asshole for telling his wife they’re essentially both pregnant because he has to work such long hours.

You can read the full tale below:

AITA for telling my wife that we’re BOTH pregnant? from AmItheAsshole

Reddit users had A LOT to say to this guy. And most of it wasn’t very nice. If he was hoping Reddit would provide a little sympathy, he was sadly mistaken.

One commenter even went so far as to say that this guy is heading toward a divorce: 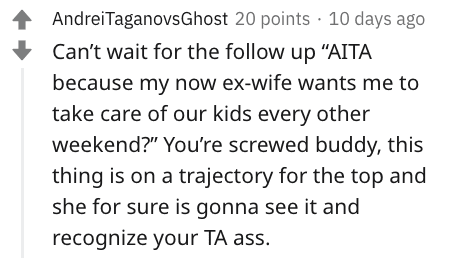 Another user pointed out that if he wants to play video games, he needs to sacrifice some of his own time to do that: 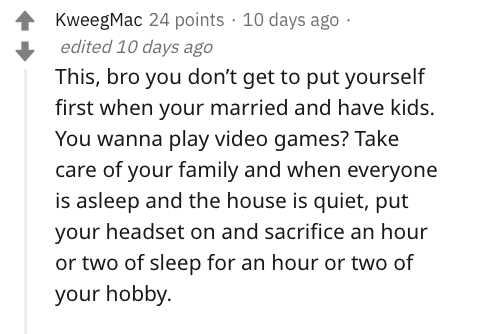 Other users wondered if he was being overdramatic even in how he wrote the post:

Plus, they astutely noted that being in a marriage isn’t about tit for tat all the time: 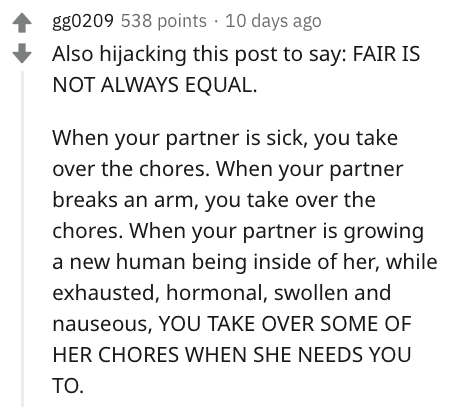 And that he’s not doing anywhere near the amount of work his wife is doing anyway: 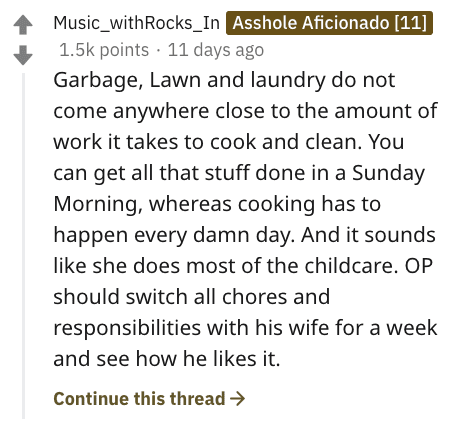 And he gets to play his video games. Did he ever stop to think about when his wife gets downtime? 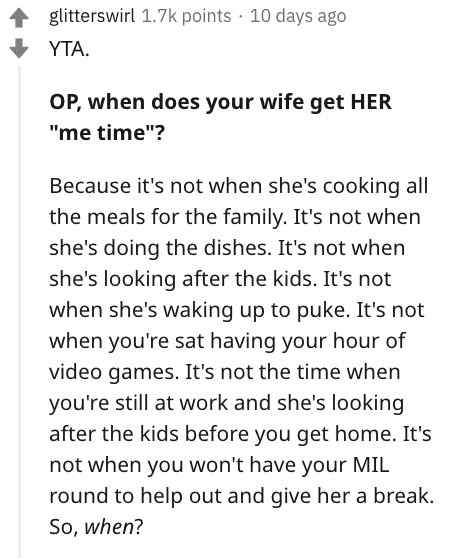 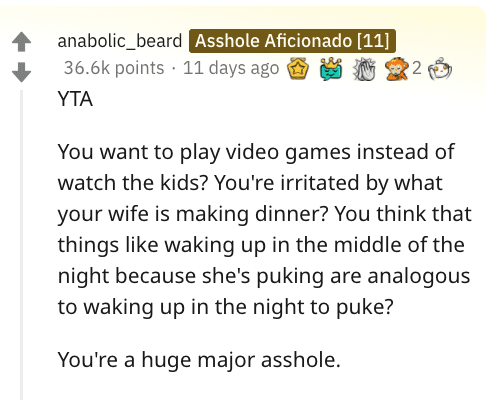 This one seems pretty clearcut but of course, there are always shades of grey. You’ll notice that the original poster edited his post to say that his wife actually found this thread and wants to get couples counseling.

We hope he agrees to go and that he takes it seriously.

What’s your take? Is this guy overreacting? Should his wife be more understanding? Something else in the middle?