Scientists are always looking for ways to do things that relate to the way we use energy better, faster, smarter, and better for the environment.

Molten salt reactors were invented in the 1950s, but since the Atomic Energy Commission (which became the Department of Energy) was committed to light water reactors – they were already used in the electric power industry and were powering the nuclear navy.

Now, they have an updated design for a Molten Chloride Salt Fast Reactor (MCSFR).

The reactor offers a number of upsides and benefits, like zero downtime to fuel (online), not needing a large water source nearby, using less electricity, and that it’s fueled by nuclear waste from other reactors and weapons.

The reactor is a potential source of hydrogen generation and doesn’t cost much to run and operate, creating safe and reliable energy with built-in failsafes like not needing an operator to shut it drown. 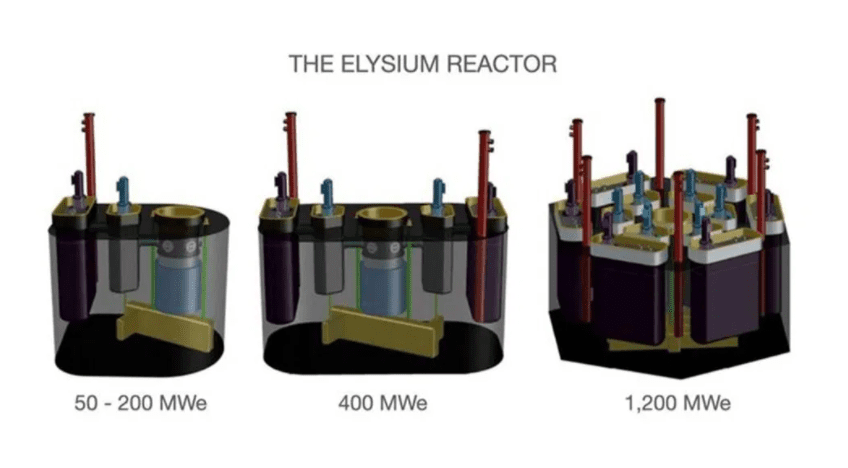 The Elysium salt reactor stands out from its peers by requiring less safety infrastructure in general, due to its low operational pressure requirements and its components having a high technical readiness.

The fact that it burns up nuclear fuel from water reactors and weapons waste, transforming it into useful energy, is a great bonus, too.

Once it’s finished burning, only about 5% of the nuclear waste remains, and it’s less toxic for a shorter amount of time, too – it decays in around 300 years instead of 10,000, like the waste from conventional solid-fuel reactor waste. 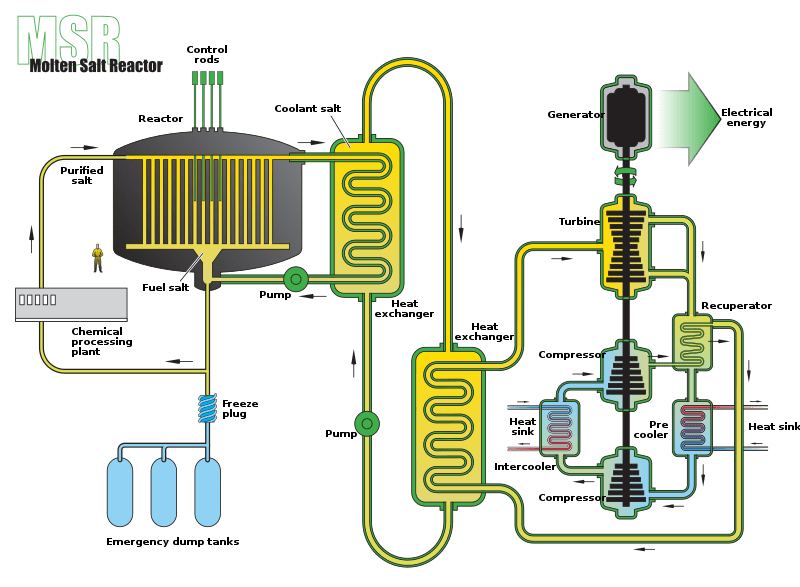 Obviously, that’s great for the environment, too.

Elysium believes they can built these on both large and small scales, and with the world turning to nuclear power as a leading option to reduce carbon emissions and meet climate goals, this seems to be a no-brainer as the way to go.