A Mom Asked, “Is It Wrong to Give Your Kids a Reality Check About the Responsibilities of Being an Adult?”

We all have dreams for our future when we’re young: the job we want, the house we’ll have, the lifestyle we’ll live. We see the lives of characters in our favorite TV shows and movies, and imagine that could be us someday.

Carrie from Sex and the City managed to afford a New York apartment full of expensive shoes, working as a full-time writer. Why can’t I?

Unfortunately, reality isn’t so simple. Adults have a lot of bills to pay. And that’s what this mom attempted to explain to her daughter, but she was met with some unexpected consequences. 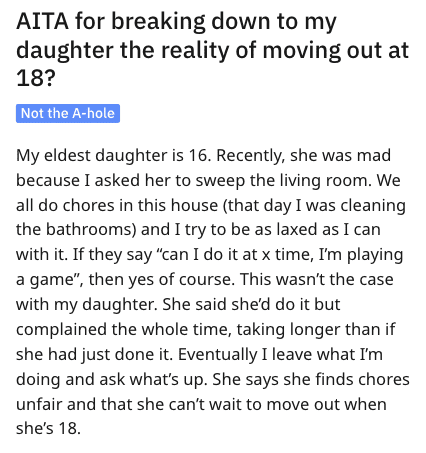 Alright, already we can see that her daughter is in a foul mood. Maybe this isn’t the best time for a hard reality check. Then again, is there ever a good time?

Mom sees this as an opening for an important conversation about what adulting actually entails. It’s not all eating ice cream for dinner and staying up way past your bed time. 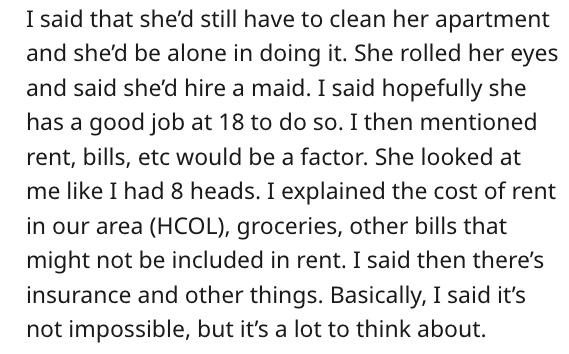 While hiring a maid isn’t a bad thing, nor an unreasonable thing for a middle to upperclass household to do, it’s almost laughable to image an 18-year-old right out of high school having that privilege.

It’s too tempting not to pop that bubble.

I completely understand where her husband is coming from. The daughter was probably dealing with some other issue or insecurity and it manifested in the form of complaining about chores.

Then again, was the mom wrong to be real with her daughter?

Most people don’t think so. 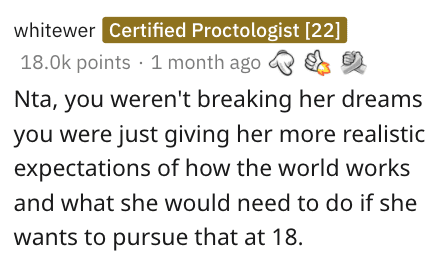 There’s nothing wrong with encouraging your children to pursue their dreams, but to do so without preparing them for the obstacles they’ll face doesn’t do them any good.

We shouldn’t wait until a teenager’s senior year of high school to get real with them about all that being an adult entails. 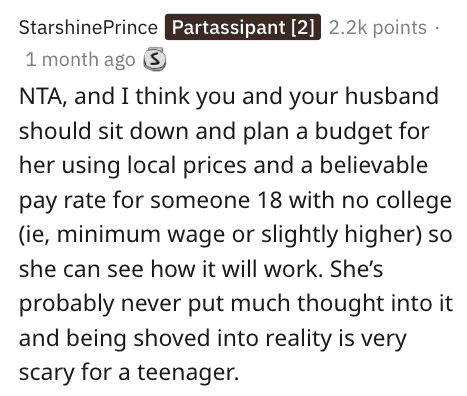 I WISH I’d learned some more basic life skills before leaving home for the first time. 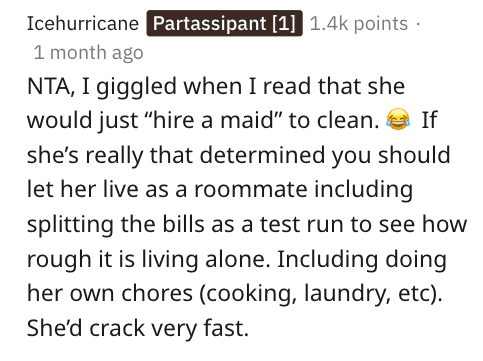 Her daughter won’t be giggling if she leaves home with little to know idea how to budget.

The overwhelming majority think this mom was doing her daughter a favor.

Sometimes being a parent means being the “bad guy,” in your child’s eyes.  In the short-term, her daughter might be upset for a bit, but in the long-term, at least now she knows where to set her expectations.

Do you agree with mom, or do you think she needs to give her kid a break?