A Mom’s Choice to Breastfeed Can Be Tough for Dads

If you’re able and willing to breastfeed, your baby will get things from nursing that they will never be able to get from formula.

One of these things is a hormone exchange that happens during a session, but probably the biggest factor that formulas are unable to replicate is the fact that a baby’s saliva can enter through mom’s nipple, and if a baby is sick or needs antibodies, mom’s milk will adjust to give it to them.

It’s pretty cool. That said, every baby who was ever raised on formula is also doing just fine.

Since more and more moms are wanting/trying/succeeding in making breastfeeding work, though, we’re noticing that there’s a downside, too – Dads just can’t be as involved with a newborn or young infant as they could be were they exclusively fed with a bottle.

A recent study has added to the small but growing body of research that says dads struggle while moms and babies are benefitting from a breastfeeding relationship. There are the expected issues, like less time and ability to easily bond with their newborn, but most of their unhappiness boiled down to feeling useless.

That went double for dads whose partners struggled to establish a nursing relationship easily – with babies who struggled to latch, for example. Husbands in those partnerships could feel helpless and inadequate while mothers felt like they were failing at something they were supposed to be able to do, leading to insecurities. 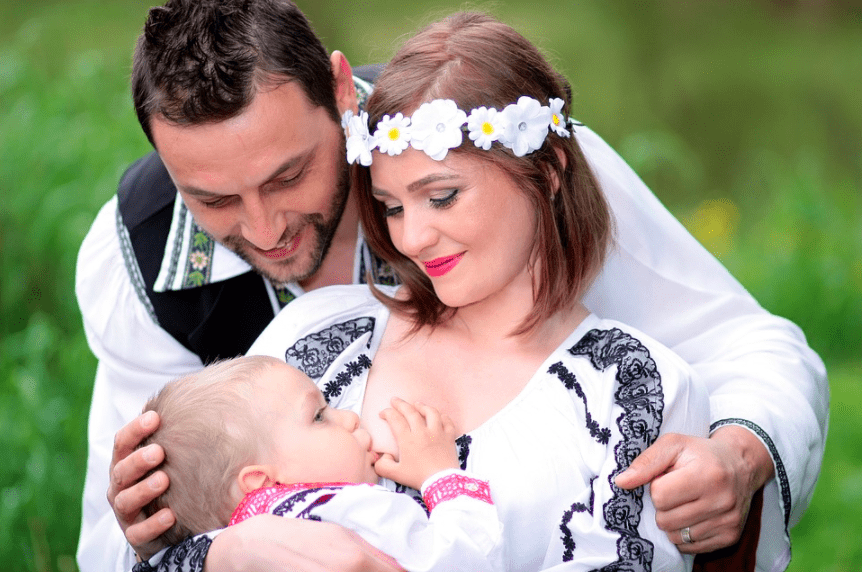 All of these issues can trickle into a relationship and marriage, increasing the likelihood of postpartum depression for either partner.

These aren’t reasons to forgo nursing if it’s something that’s important to you – there are plenty of studies out there that find breastfeeding can bring partners closer together, but the difference seems to be an ability for dad’s to understand and really step into their support role.

If you’re getting ready to embark on this journey with a partner, talk ahead of time about different ways dads can be involved and supportive, like washing bottles and pumps, making sure mom is comfortable and has water, offering to change diapers before or after, or agreeing to put the baby back to sleep when sessions are over.

Bonding with their infant is important, and the psychological boost of dropping testosterone and rising oxytocin levels help set dads up for long term parenting success.

Plenty of studies support the idea that fathers who find their role in the relationship feel useful, happy, and confident.

So moms and moms-to-be, considering pumping so that dads can take a feeding, and let go and get out for an hour here and there to let him take the reins with your infant. They need space and time to figure out how to interact with your little chunk alone, and it can be good for babies to be comfortable with either parent, too.

Don’t make my mistakes, and end up being the only person in the world your baby will let put him to sleep for almost two years.

Dads role might be different than Moms, and it might always look a bit different, too, but that doesn’t mean it should be less – or less important, either.