You just can’t win with some employers.

We’ve all had bosses who we thought were happy with us, but out of nowhere, showed us they weren’t and that we were expendable after all.

This Redditor tells the tale of an employer who did just this. She accepted a high-ranking position with a company, and her main priorities were cleaning up the last person’s mess. She excelled at what she did. 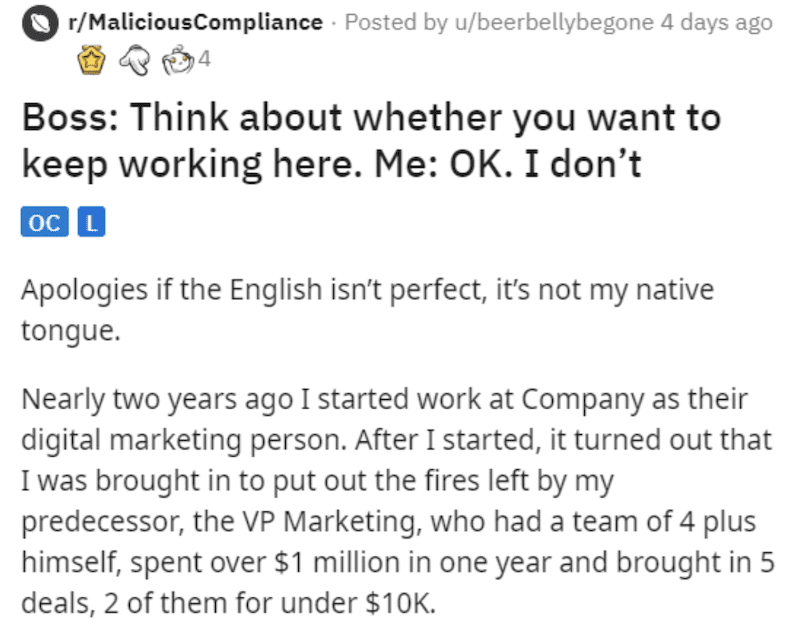 She worked hard, and her boss seemed like a friendly, supportive person with excellent management skills. 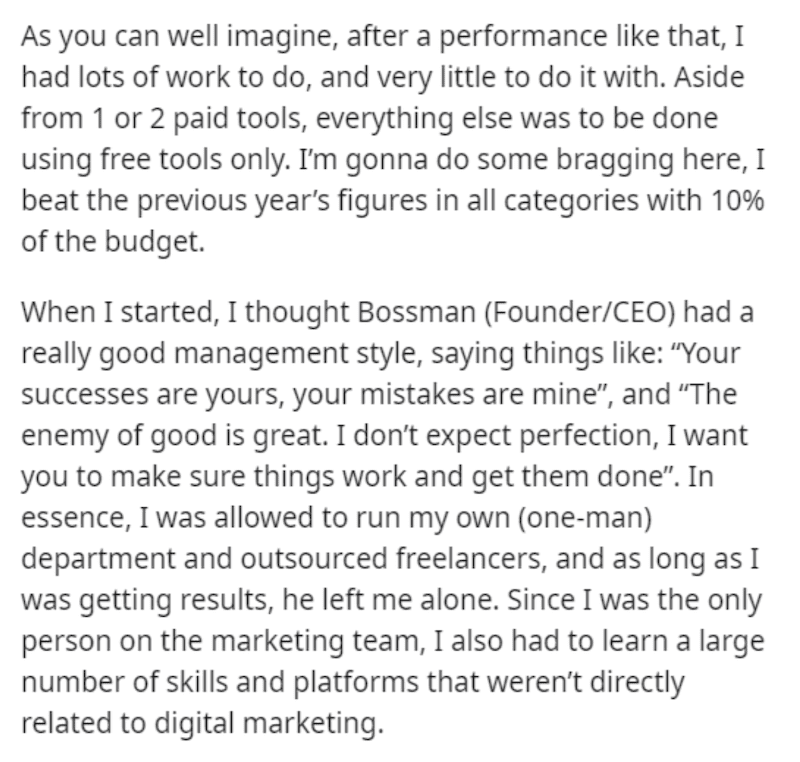 However, he did have a temper, which she was aware of, but, as he only seemed to express it to others, their relationship remained fine. By the time her year-end review came around, she felt she deserved more money as she brought money into the company. 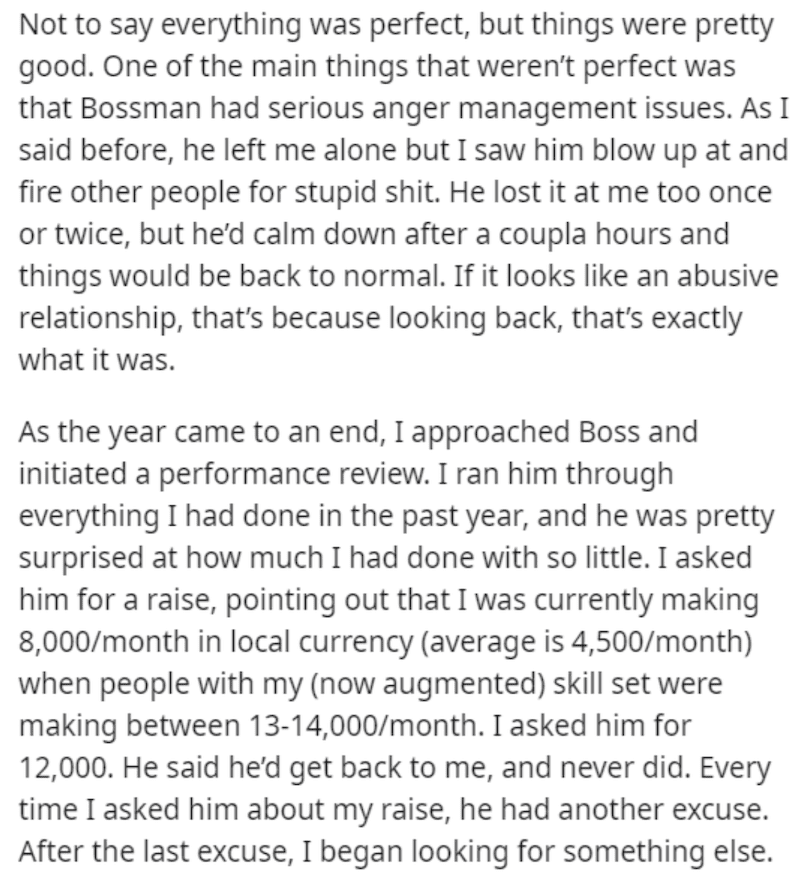 One day, she made a small mistake. It was a simple error, but his reaction to it was so overblown that she quit on the spot. He decided to fire her at the same moment. 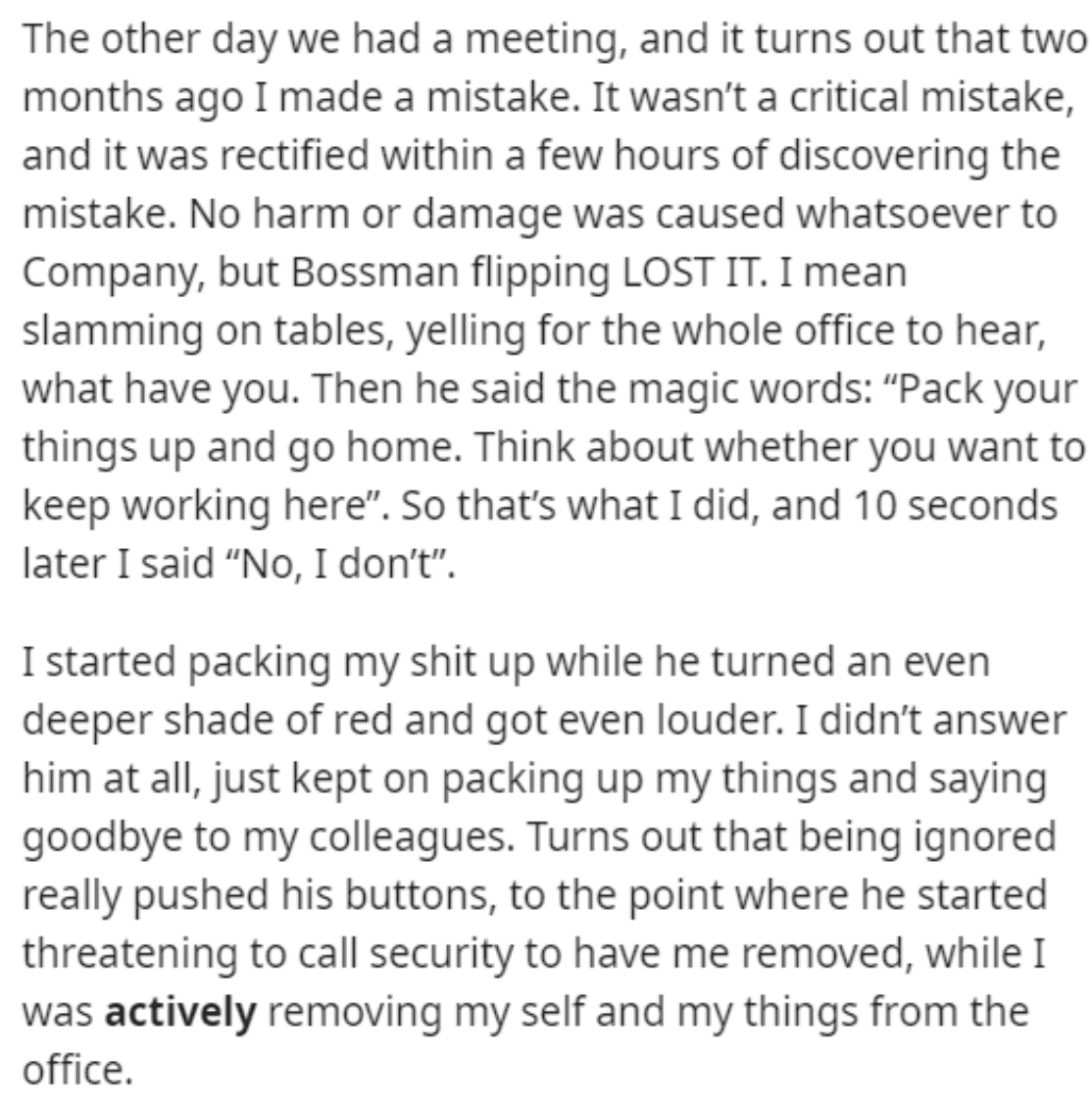 The employee lives in a country that is bound by different labor laws than the U.S. In the end, her boss had to follow them. Meanwhile, the employee has had job offers left and right—if the company doesn’t act on hiring a new person as she is the only one in her department, it just won’t exist. 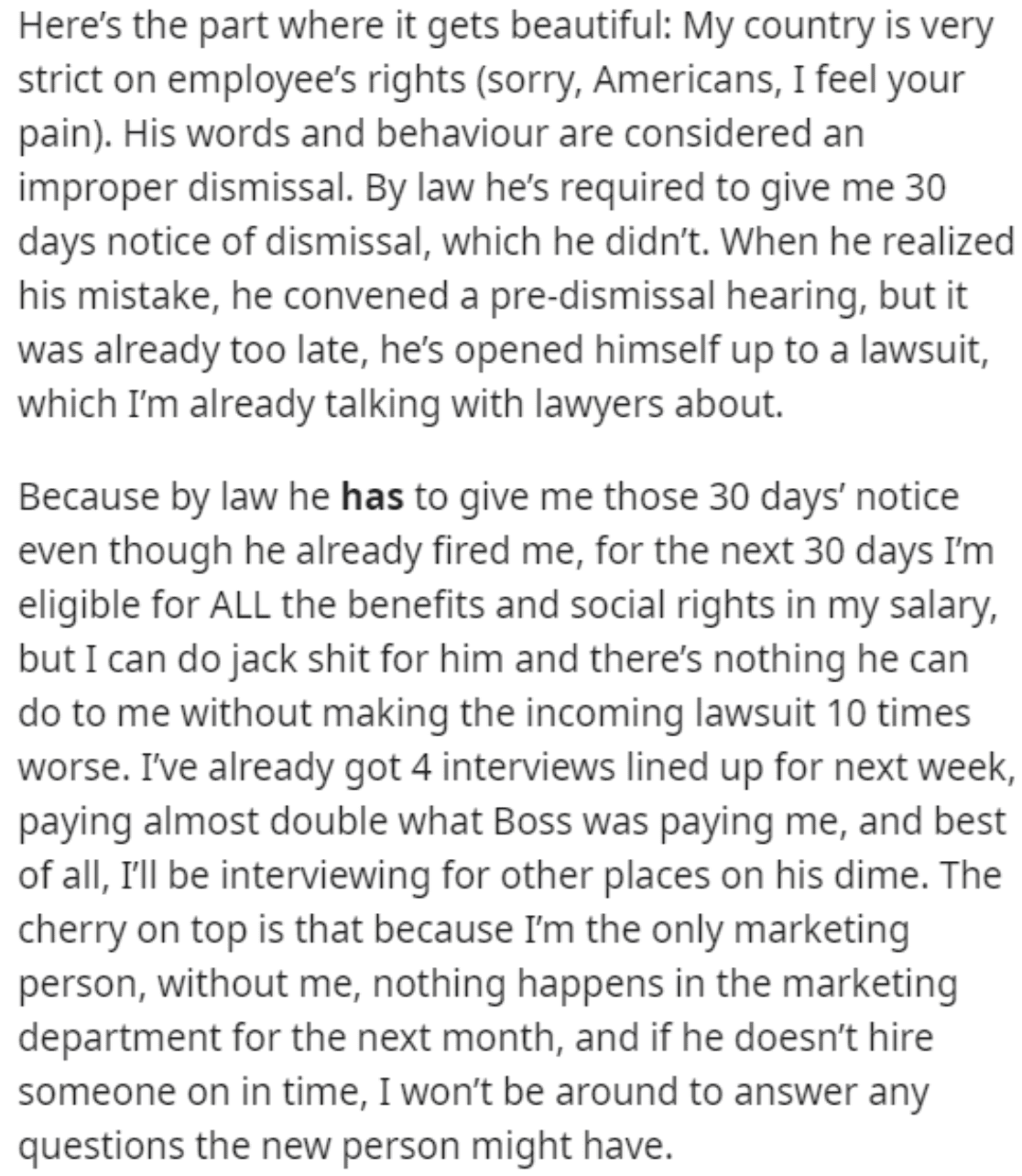 Some readers wished her well at her new job. 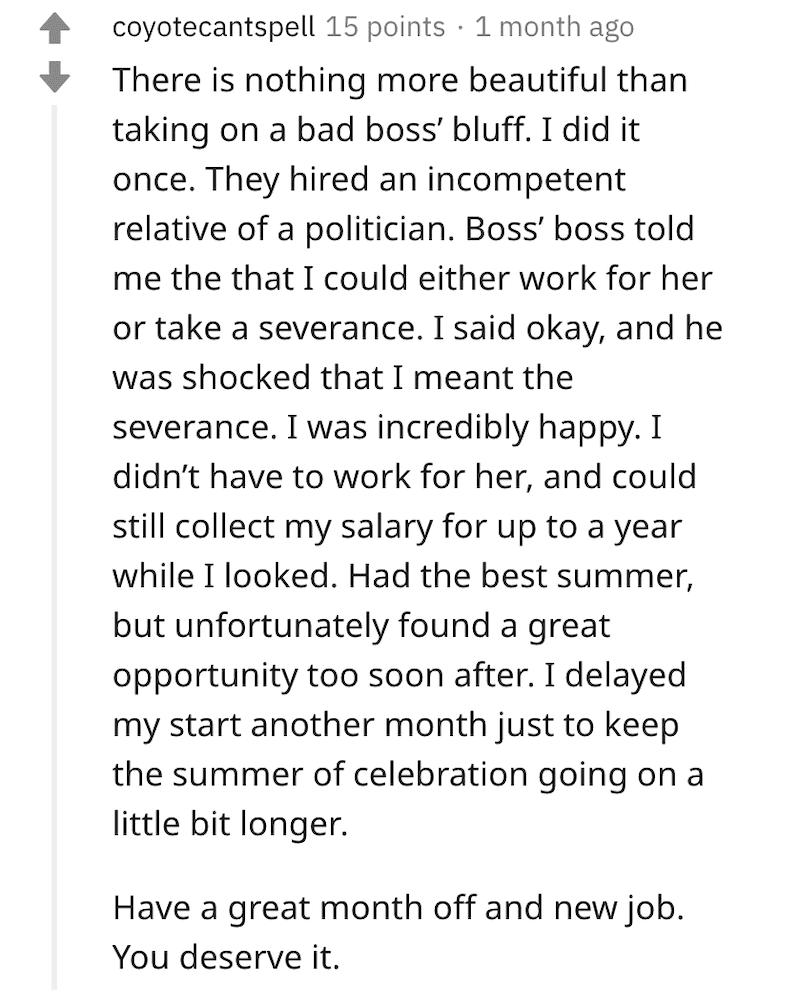 Others also shared their stories of terrible bosses. 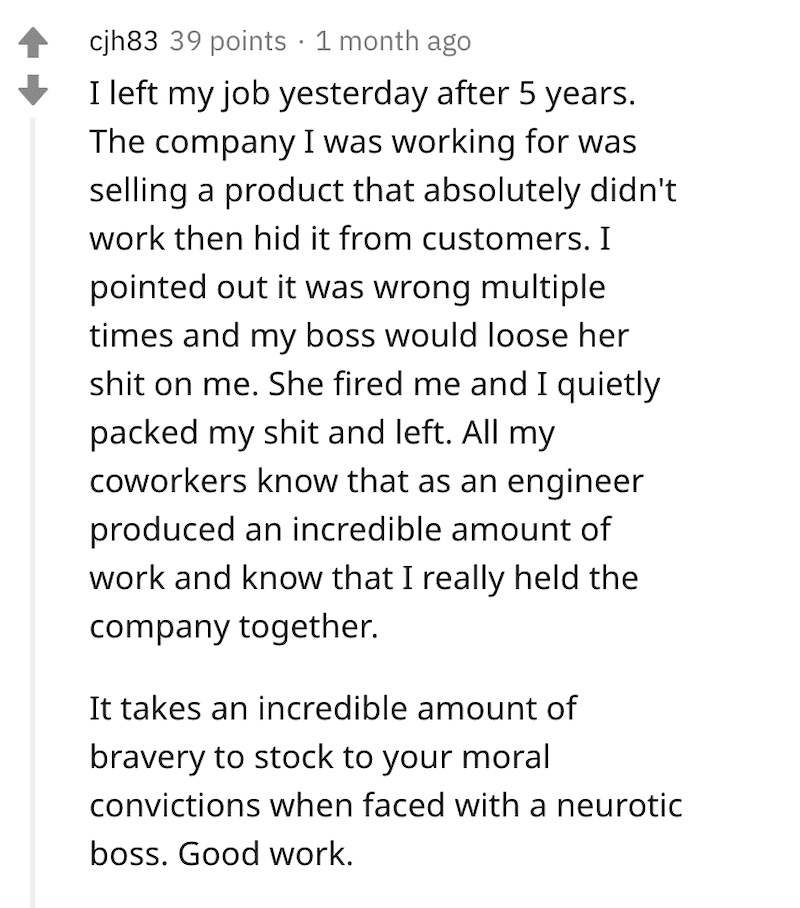 The lesson? It pays to keep your temper in check!

Have you ever worked for someone who had anger management issues? Let us know in the comments below!