A Tumblr Thread Gave Us a Deep Look at ‘The Incredibles’

Tumblr is a great place to go down various rabbit holes. Threads can get complicated, but generally, the site’s users are interested in sharing information about niche topics.

One such Tumblr thread decided to take a closer look at The Incredibles, and gave us a massive education. Are you ready?

First, Tumblr user silverhawk explained why it was traumatic for Mr. Incredible to see pictures of his old friend at the island.

More Tumblr users explained why the scene resonated with them.

And of course, they discussed tiny details that show how these ex-heroes saw their deaths coming!

One Tumblr user also wanted to go on record that Syndrome is the one who chose to murder. None of this was Mr. Incredible’s fault.

Tumblr user bookish-actor also discussed the original scene where Bob met Buddy and the flashback. There are some subtle but powerful differences. 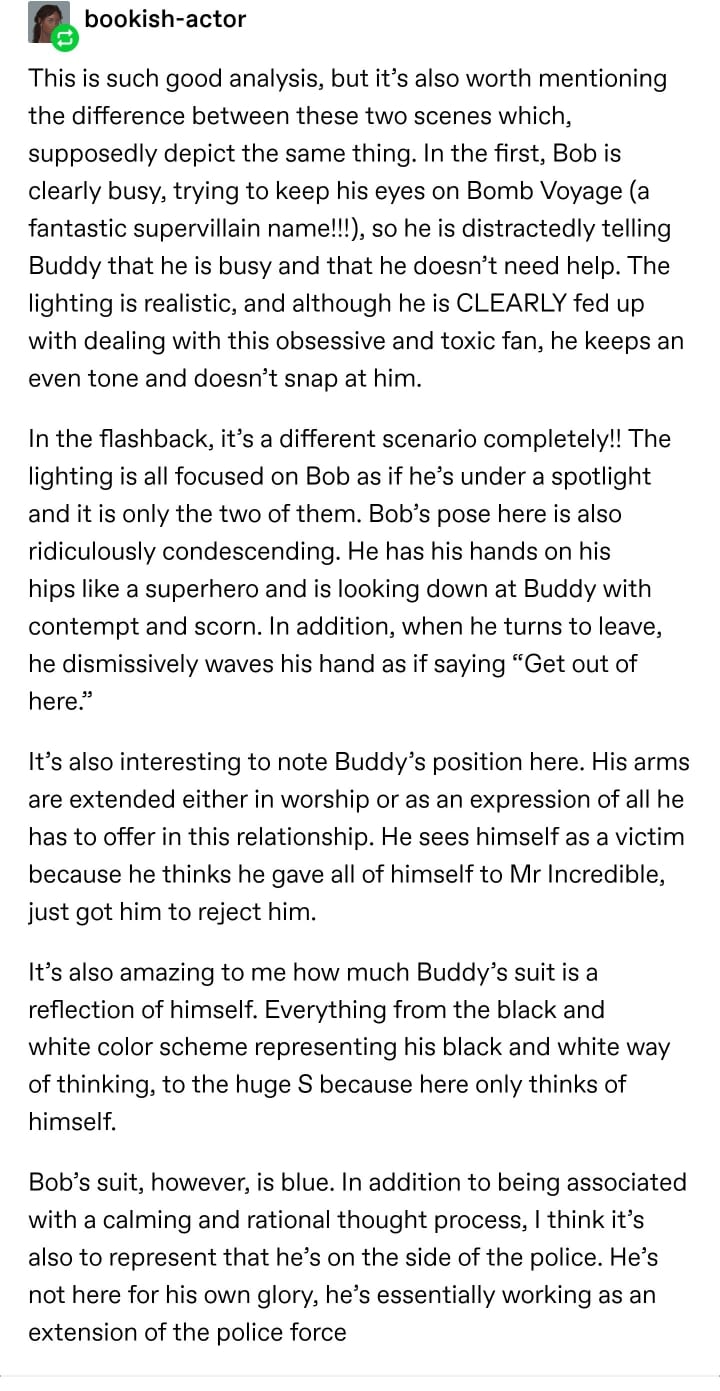 Also, Bob saved Buddy’s life even though he had an important commitment!

And of course, one person felt it was necessary to discuss Hero Syndrome.

Also, being unable to hold down a job was kind of a hidden blessing for Bob.

The thread goes on for a bit more and gets pretty interesting, but it explains when Bob was the happiest, and why it was so hard for him to see how his friends were killed. You can check it out here.

Are there any other incredible details about this beloved family movie? Wanna let us know in the comments?