Getting an interesting prompt can really jumpstart your creativity if you’re a writer. You never know where it’s going to take you, and generally speaking, if you give the same prompt to a hundred writers, they would all come up with a totally different story.

Tumblr does regular writing prompts, but this one, about a kid who had sent all of the monsters assigned to lurk under her bed back crying, really inspired some (tragic) genius.

In it, a supervisor at the scary monster facility tells us about a little girl, Charlotte, who has vexed every monster that was sent to frighten her. 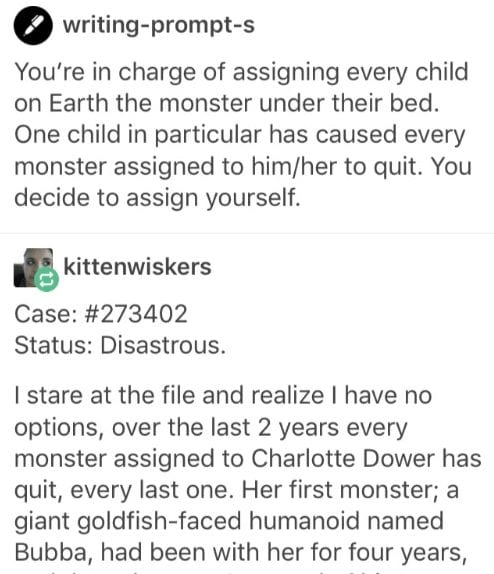 She describes a few of the monsters who failed, and then realizes that she’s the only monster left in the bag of tricks.

She goes herself, slithering under the bed and tipping her hat to the monsters lurking under Charlotte’s brother Daniel’s crib. 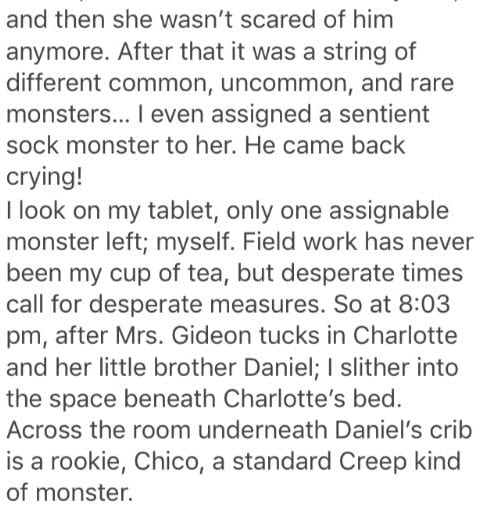 The monster tries to scare Charlotte, but she says she’s not afraid.

But as she starts to tremble, the monster realizes she is afraid…and that’s when they hear a man come home.

And as he stomps up the stairs, Charlotte climbs under the bed with the monster. 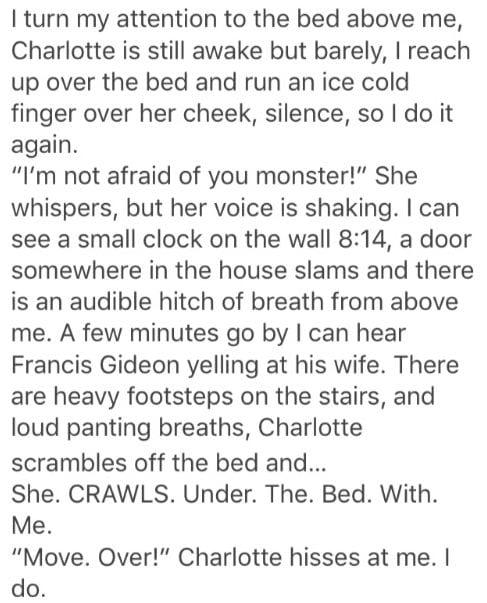 The man tries to grab Charlotte, but as the monster realizes what the little girl fears more than monsters under the bed, she slithers out to confront him herself. 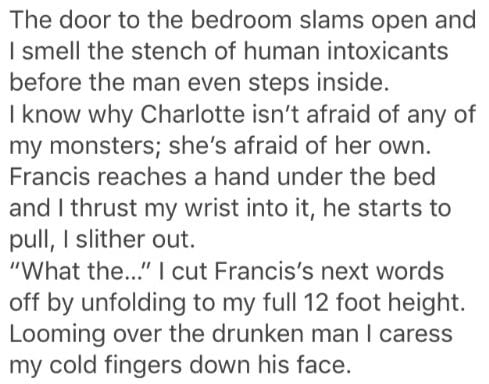 She threatens the man, who runs off crapping his pants, and promises to return every night to keep Charlotte safe. 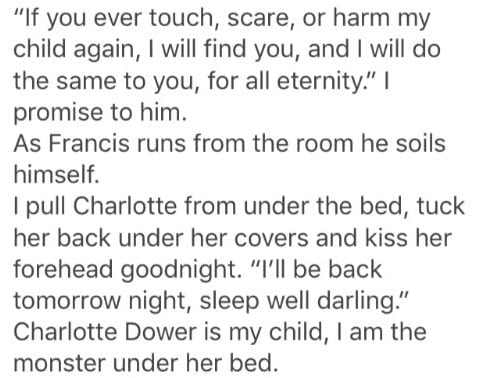 You never know what sort of stories you’re going to get when you assign a prompt. This one probably inspired some tales that were similar to Monsters, Inc.

This one, though, is terrifying and sad and poignant all at once – a real tribute to the power of stories to change the way we see things!