The world’s glaciers are disappearing. Climate change is warming the globe and causing the ice in the Arctic – and, to some extent, the Antarctic – to melt into the ocean. The effects are wide and far-reaching, and while we hear mostly about the concerns for people in low-lying, coastal areas losing their cities to the sea, they’re not the only ones with something to lose.

Mountain cities, like those in the Himalayas, have depended on glaciers and the surrounding ecosystem for fresh water, and as they disappear, so do those hydration sources.

Until recently, at least, when science stepped up to the plate once again – this time with artificial glaciers. 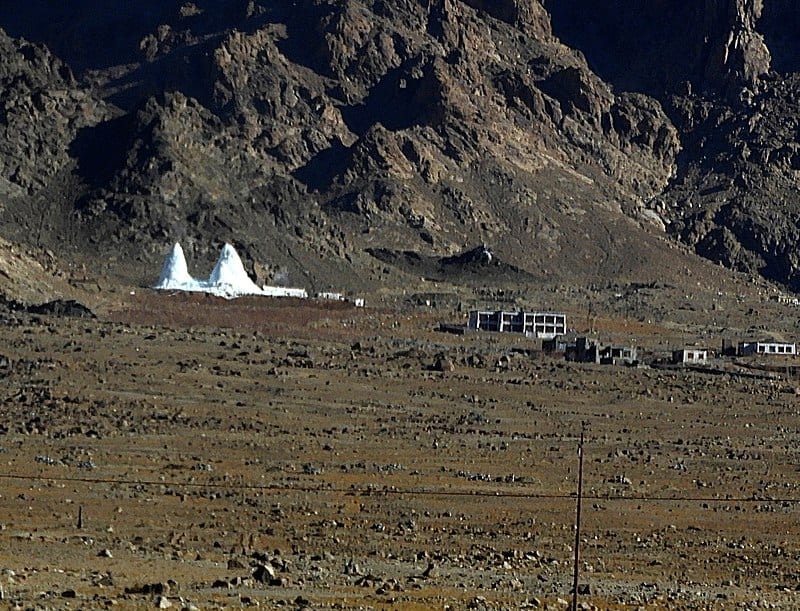 They store frozen water so it can be used to hydrate crops during dry seasons and droughts. 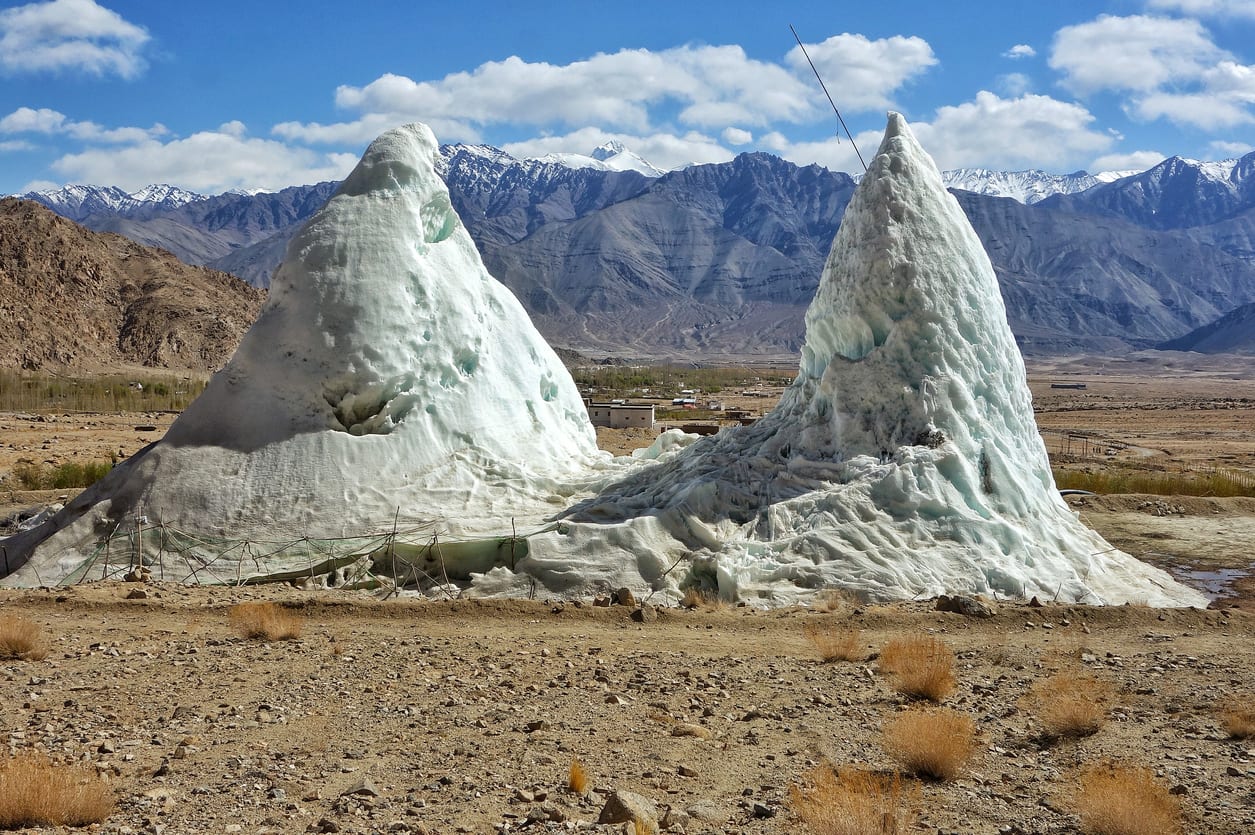 Ladakh is a mountainous region of northern India, situated on the Tibetan Plateau between the Karakoram and Himalayan mountain rangers.  The Tibetan Plateau and the surrounding mountains contain more ice than any other non-polar area on the planet, much of which has traditionally been stored in glaciers that help feed major – and vital – Asian waterways.

Those natural glaciers have been receding quickly since 2003, and with lower and lower annual snowfall totals, they’re not having the opportunity to regenerate, either. 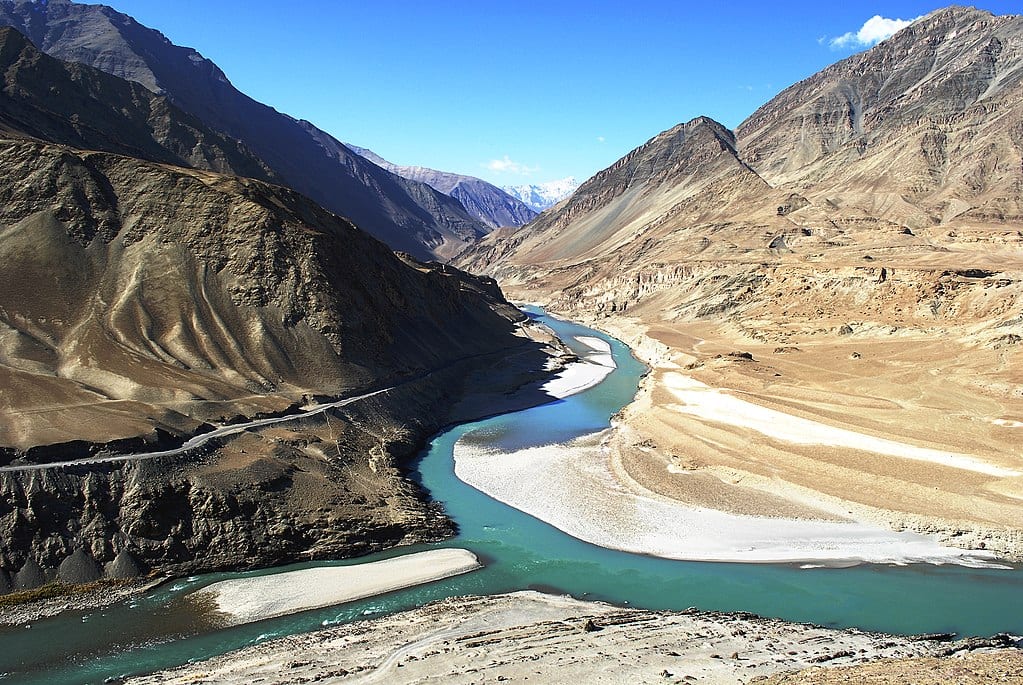 Ladakh gets little annual rainfall, with the majority coming in the summer months. Demand for meltwater is high in April and May, when crops are being planted, but without glacial water to fill the streams, beds are running dry.

A 2017 study found that, over the past 60 years, about 20% of the ice reserves in the area have completely disappeared.

That’s where civil engineer Chewang Norphel enters the picture. He devised a reservoir system back in the 1980s that utilized dams and channels to divert large amounts of glacial water into manmade lakes on a shady part of the mountain where it could freeze. It worked, though the ice melted too quickly and would disappear before the summer rains could arrive with reinforcements. 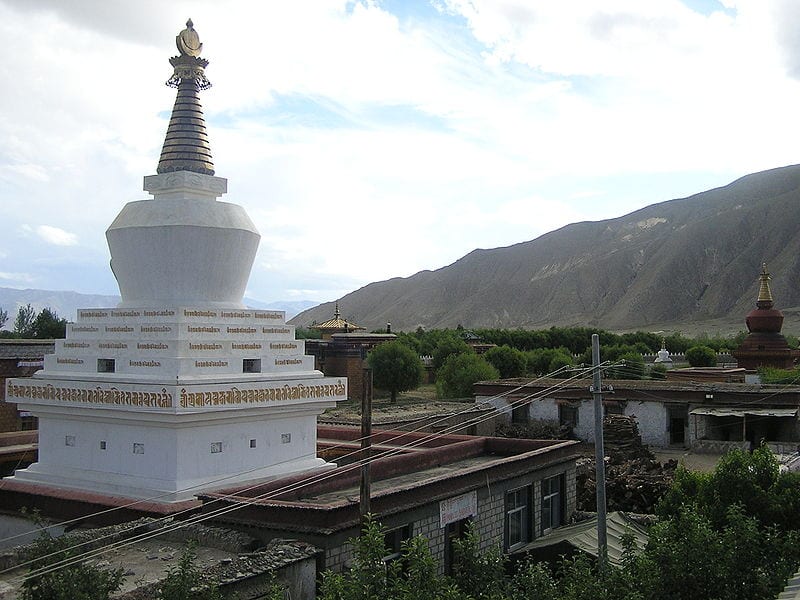 In 2013, Wangchuk had the idea of freezing the water into a conical tower, which would expose less of the surface area to the sun. The resulting irrigation system was as simple as it was brilliant – he buried a long pipeline underground, with one end tapping into a glacial stream or naturally occurring reservoir in the mountains. Gravity took it from there, rushing water toward more populated areas.

There, the pipeline connected at a sharp angle to another, narrower version that rose out of the ground like a telephone pole.

Gravity pushed the water straight up and out, like a sprinkler that quickly froze before it could land back on the ground. The result was a large cone of ice around the vertical pipe.

The shape it made resembled a stupa, a traditional Buddhist prayer monument that dot the surrounding landscape. That’s how the ice stupa got its name.

The new ice stupas melt during late spring, right when the farmers need fresh water the most and as more and more of them are erected, they continue to work like a charm. 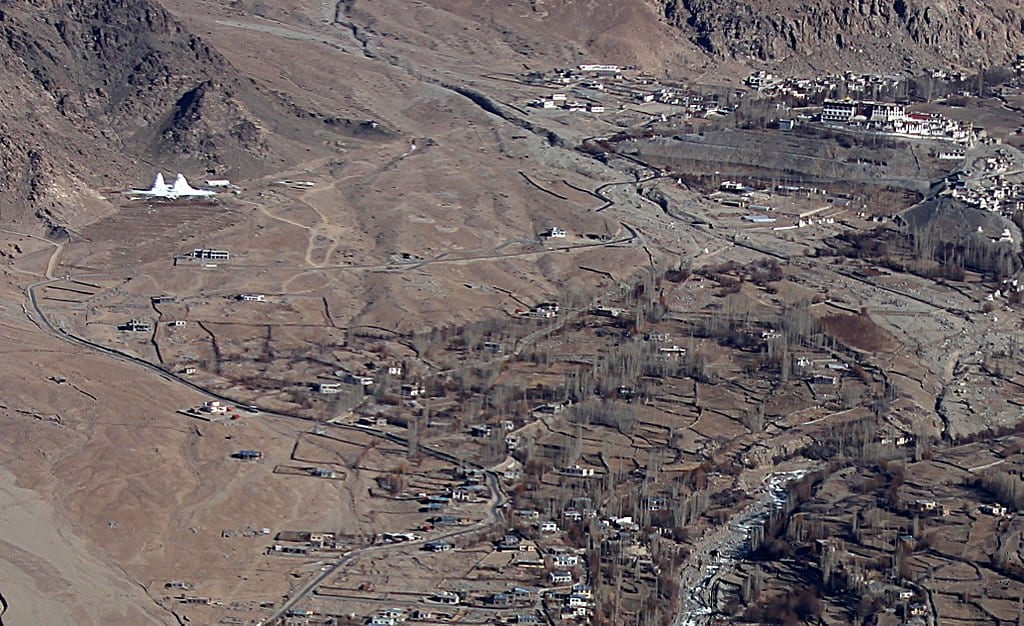 They’re catching on outside of India, too, in places like Switzerland, and in 2016, Wangchuk won a Rolex Award for Enterprise.

Wangchuk’s company has been challenged on their legal right to divert glacial meltwater, and though they’re helping to mitigate a crisis, the ice stupas aren’t permanently solving the issue of the receding glaciers.

That said, the only way us humans are going to survive is to figure out how to work around climate change – that is, until somebody at the top (or a lot of somebodies) decide to fix it for good.