Artist’s Adorable Illustrations Reveal the Hidden Side of Relationships

The prospect of a long-term relationship brings up pretty mixed reactions from people. Particularly for those who are single, long-term relationships might seem like a perfect romantic experience where couples sit around and cuddle and feed each other grapes all day. But anyone who’s actually been in a long-term relationship will tell you that that’s just not the case. Sure, there are tons of amazing moments that you’d never trade in a lifetime, but there are also plenty of others that aren’t as picture-perfect as Rom-Coms might have you believe.

But don’t just take my word for it. LA-based artist Amanda Oleander has been documenting the lives of couples behind closed doors and her work is way too relatable. She’s been dating a man named Joey for the past three years and is very open about how much their relationship has influenced her work. “Before I met Joey if anyone told me their love and relationship was like ours I wouldn’t believe it,” Oleander said in an interview with Bored Panda. ” It’s nothing less than amazing. We can’t get enough of each other.”

She went on to say that, “[She’s] enthralled by the way people behave behind closed doors, intimate moments we never get to see. Those are moments that can’t really be documented because if they were, it would alter the way the person behaved. So I draw them.”

You can check out some of Amanda’s work below. 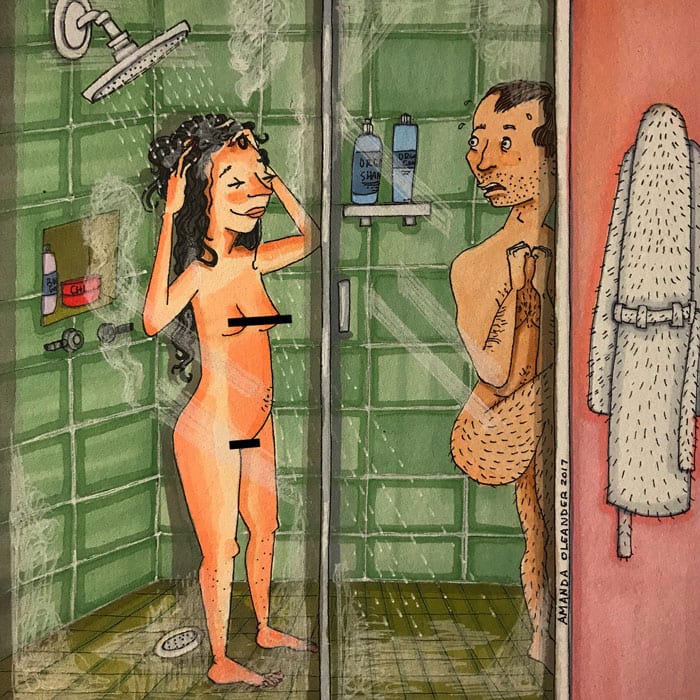 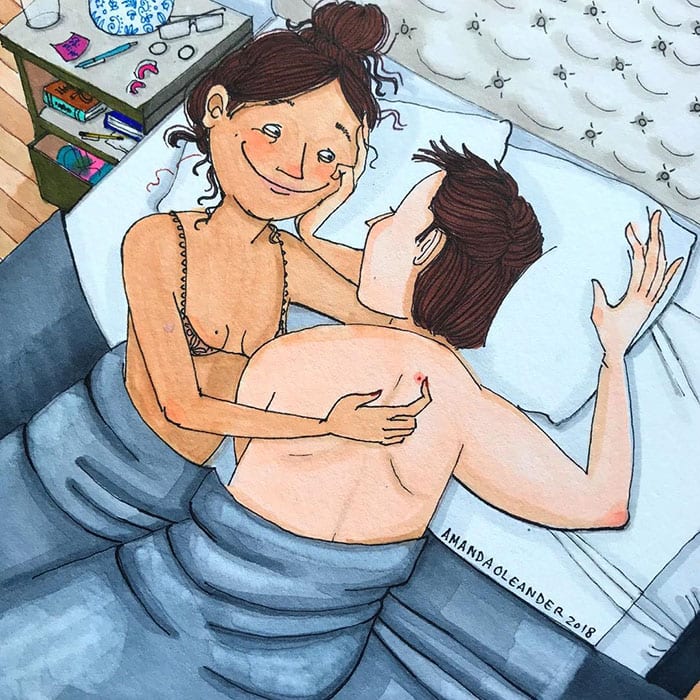 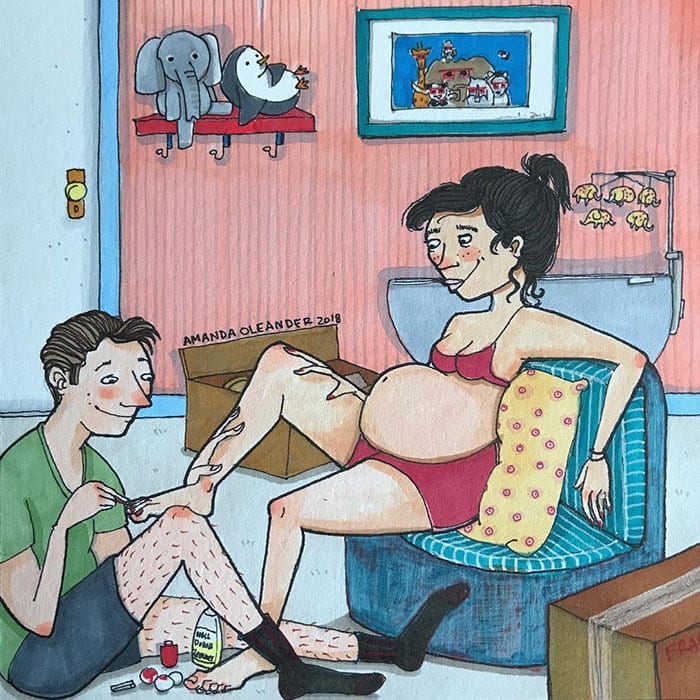 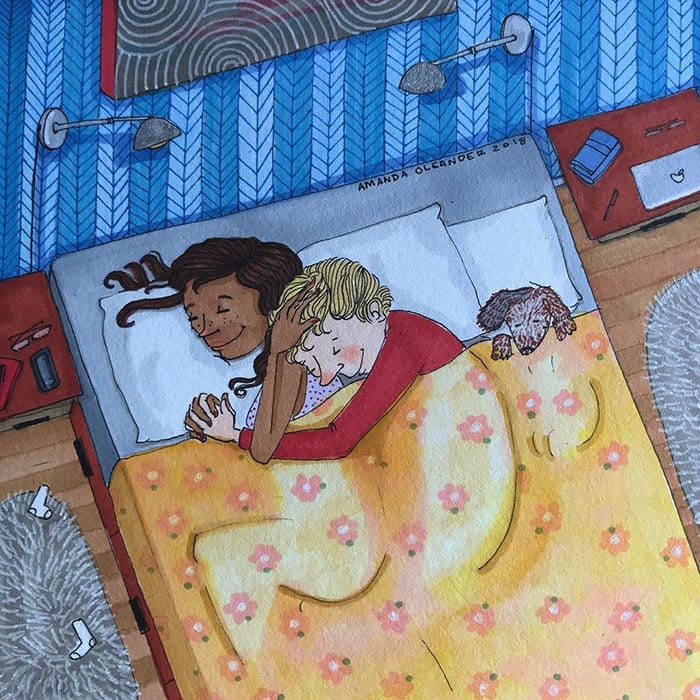 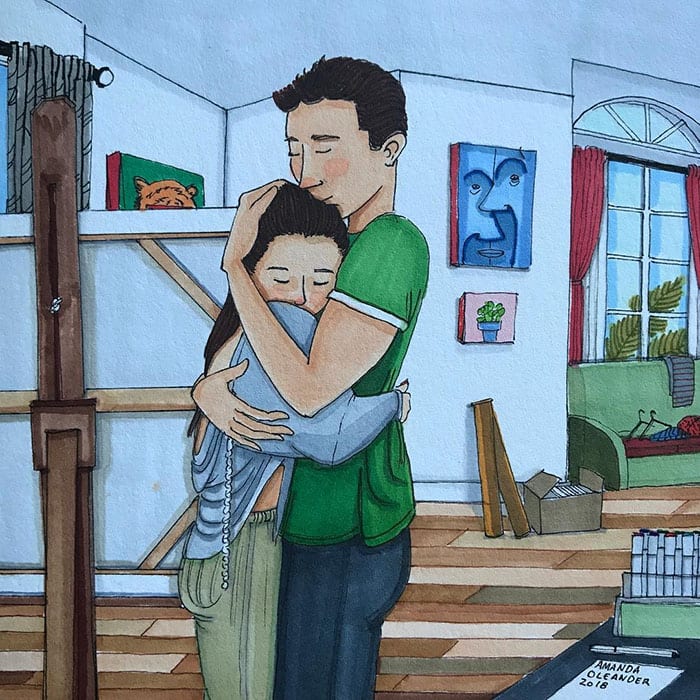 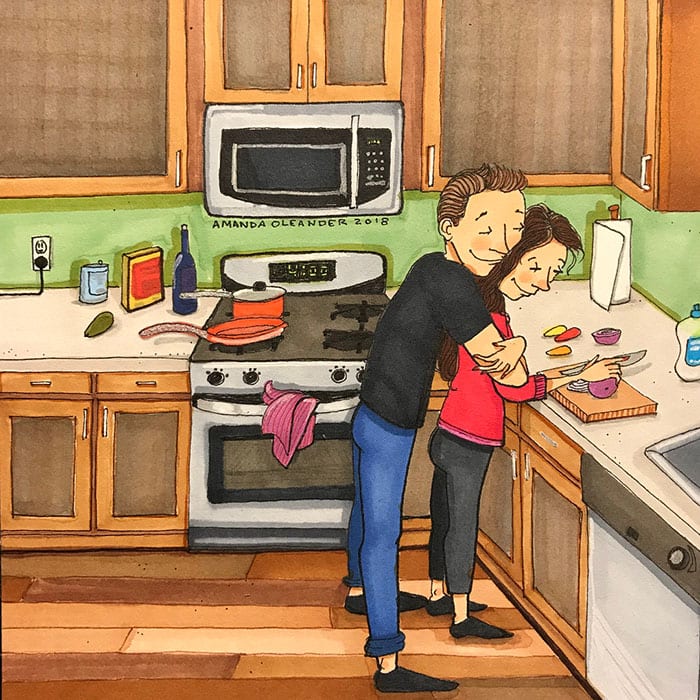 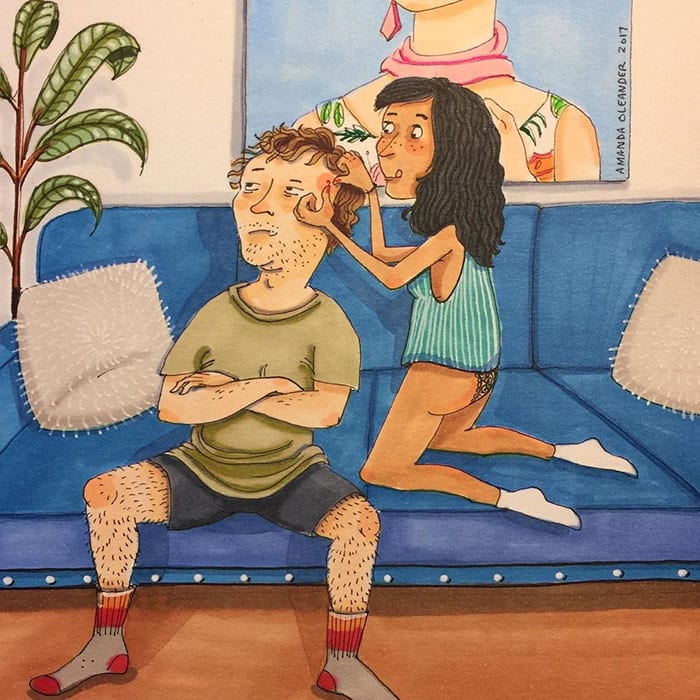 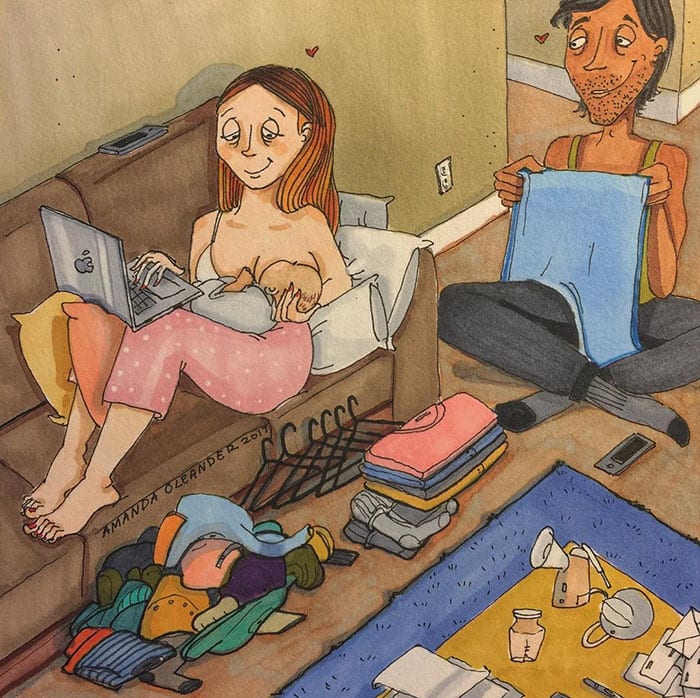 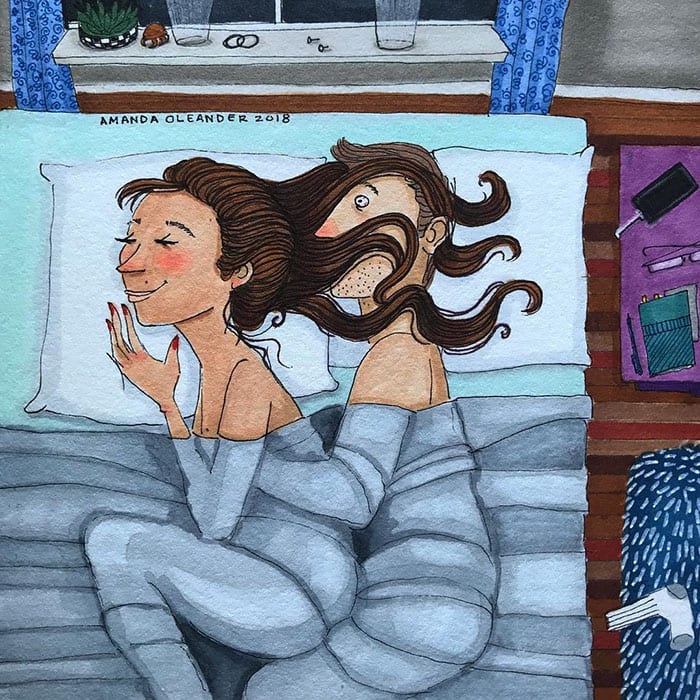 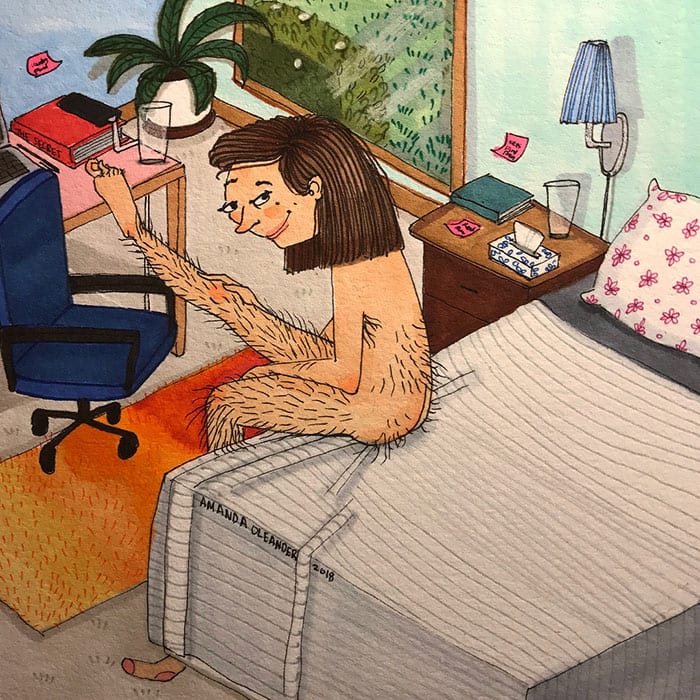 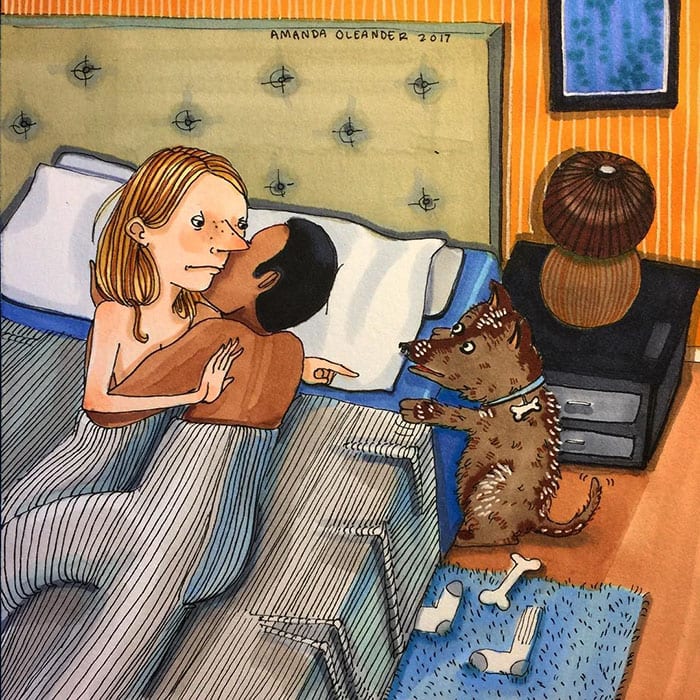 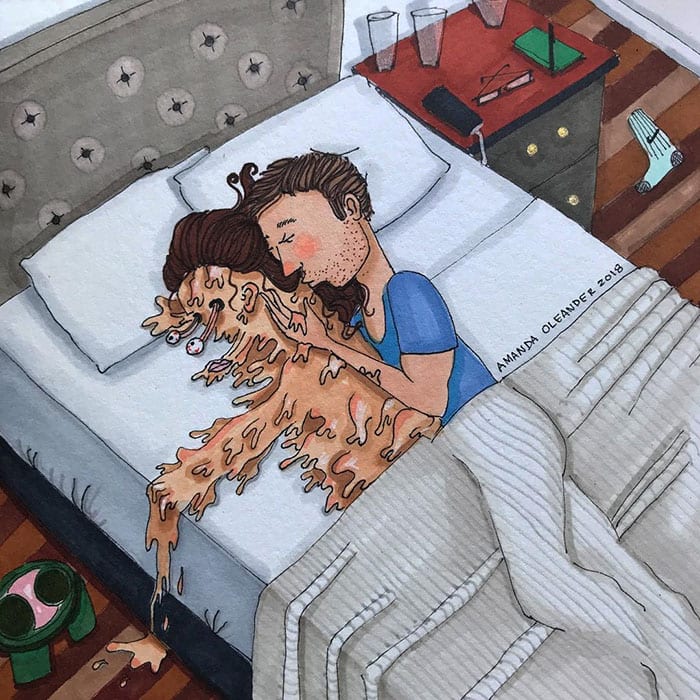 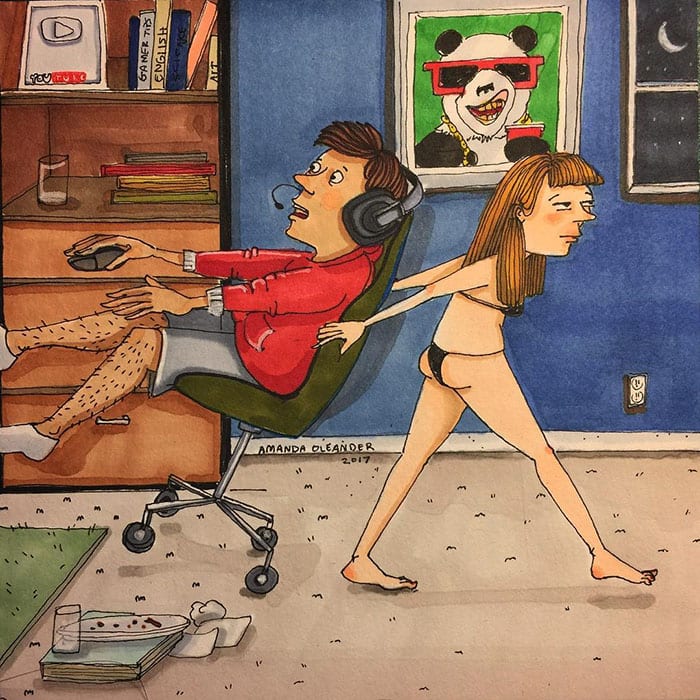 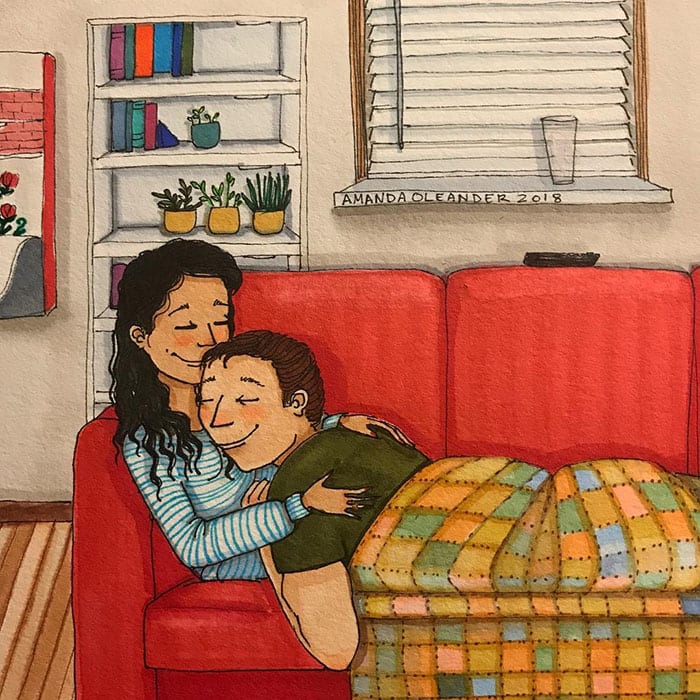 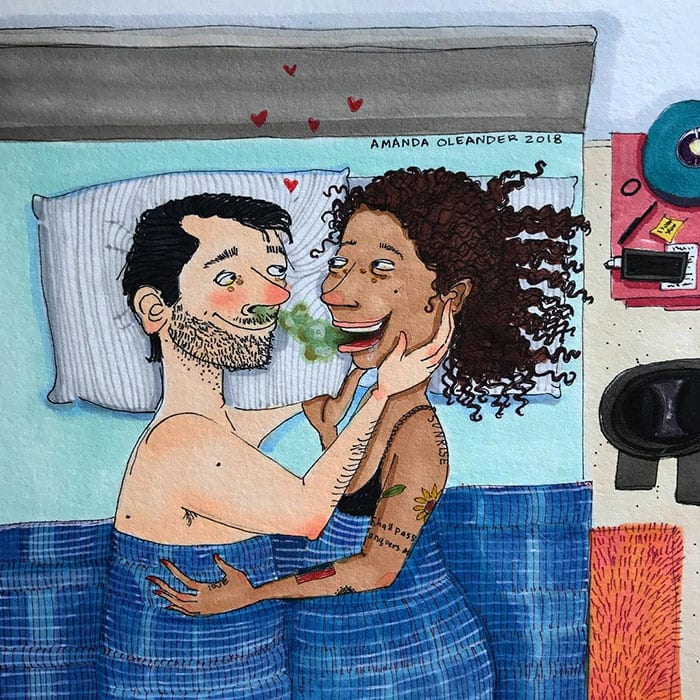 That’s as real as it gets.