Taylor Myers, the Ohio poet known for her Tumblr blog Honey Yellow, recently made a post that has people reevaluating the way they look at relationships. 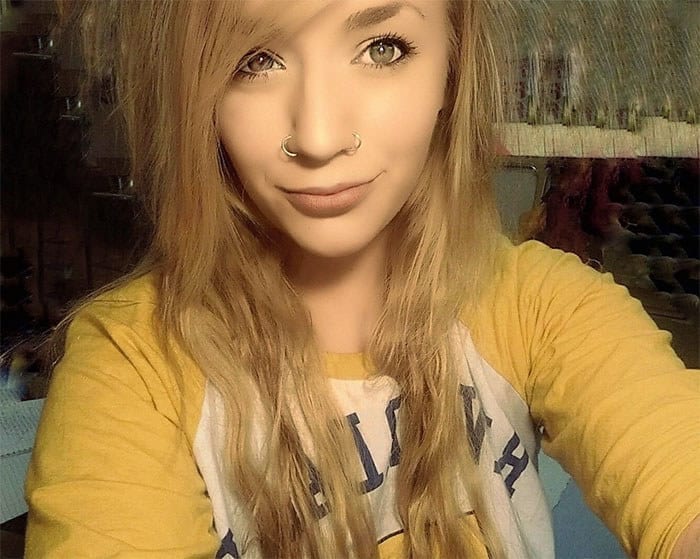 The post stems from people asking her about her biggest fear, which she discovered when taking a class called “Relationships for Life.” 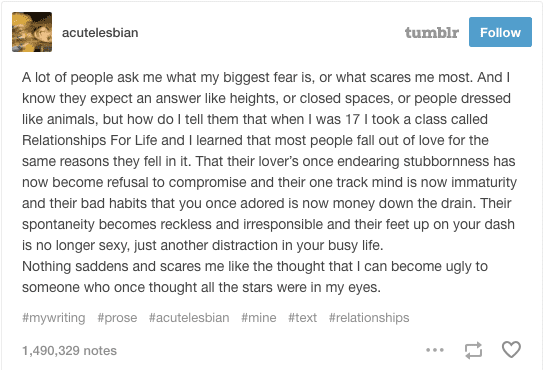 Tumblr was blown away.

Myers was surprised to find this was her most popular poem. She decided to give a bit more background on her poem and the class. 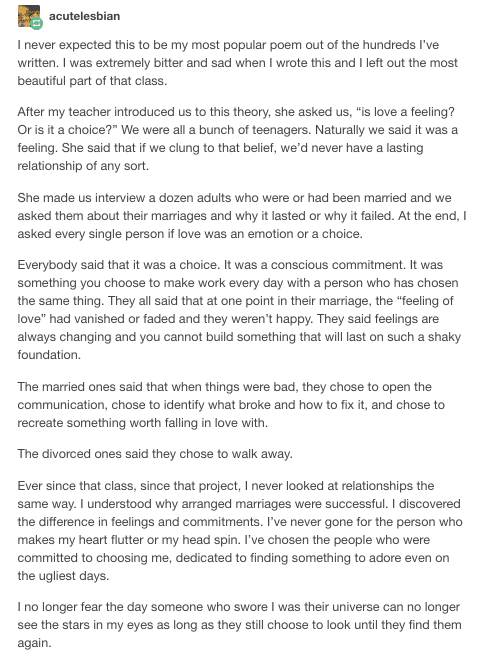 As we grow older, we learn that love is more than just a feeling. It’s a choice we make, day in and day out. Tumblr users agreed.

Myers’ post (and her update) remind us that love is, ultimately, up to us. That’s both terrifying and empowering.