Cats are the best animals on the planet. From the Ancient Egyptians who worshipped cats to modern day cat stars like Grumpy Cat and Lil’ Bub, cats reign supreme.

Don’t believe me? Further your cat knowledge, and begin to appreciate these finicky felines with these 11 delightful cat facts.

According to NASA, on October 18, 1963, French scientists launched the first cat, Félicette, into space on a Veronique AGI sounding rocket No. 47.

Félicette was successfully retrieved after a parachute descent (yay!) but the second cat to be launched into space, six days later, faced some difficulties and was unable to be recovered. (boo!)

2. Cats might be marking you as their territory when they “make biscuits”:

Have you ever wondered why cats knead or “make biscuits” when they’re cuddling with you?

One theory is that cats do this to mark their territory, using the scent glands found in their paws.

Another theory suggests this is a “neotenic behavior,” or a behavior that has carried over from when they were kittens; kittens knead their mother’s belly when they are nursing to stimulate milk production.

3. There’s a cat painting that’s worth close to one million dollars:

Wealthy San Francisco philanthropist and art collector Kate Birdsall Johnson loved her cats so much, she commissioned Austrian immigrant Carl Kahler to paint a 6-by-8.5-foot oil portrait of them in 1891.

The 42 life-size Angora and Persian cats in the painting, referred to by Mrs. Johnson’s husband as, “my wife’s lovers” can be seen lounging around and living it up in their luxurious owner’s mansion.

This squashed-faced feline looks similar to a Persian, but with their shorter coats they require less over maintenance. 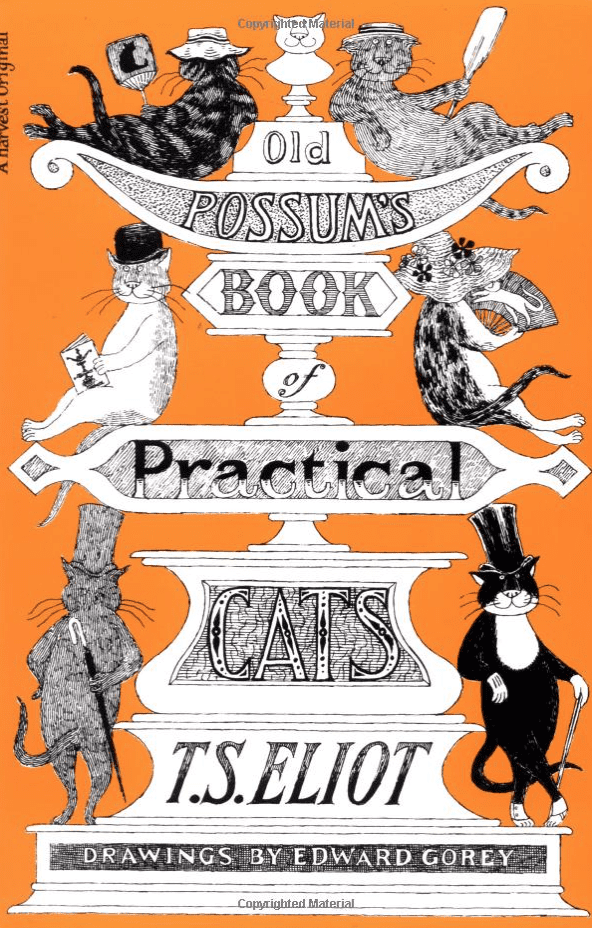 Sure, you’ve heard of the beautiful and horrific disaster that is Cats the movie musical (we love to hate it), but did you know Cats was based on a book by T.S Eliot, called Old Possum’s Book of Practical Cats?

Originally the book was meant to feature poems about dogs as well, but Eliot concluded “dogs don’t seem to lend themselves to verse quite so well, collectively, as cats.” 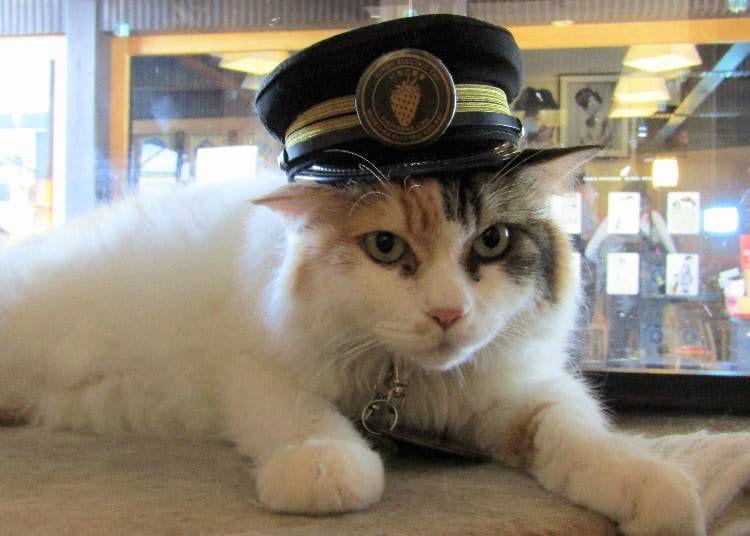 Speaking of Cats, Skimbleshanks isn’t the only railway cat around.

Nitama (who took over for the original feline station manager Tama, after they passed away) is the official stationmaster of Wakayama Electric Railway.

You can make a day of riding this train. Not only can you meet Nitama and her fellow stationmaster cats when you visit, you can also enjoy a cat-themed cafe, shop, museum and even a shrine.

The train itself is also decorated with images of cats, inside and out.

Have you ever been told not to let a black cat cross your path? In some cultures black cats have long been seen as omens of bad luck, or associated with demons or dark forces.

However, in Japan, black cats are seen as a sign of good luck! Especially for single women, as they are thought to attract fine, potential suitors.

Humans aren’t the only mammals with allergies.

Like humans, cats and dogs can be allergic to flea saliva, certain foods and even dander.

Although we think of dander as coming from our pets, we humans produce it as well.

If you notice your cat sneezing often or see little scabs or missing hair around the head and neck area, check with your vet about getting your pet tested for allergies.

9. Cats can jump up to five times their own height:

Cat’s brains have a larger cerebellum than most other mammals, which gives them a biological advantage when it comes to balance and movement.

10. And there’s a reason why cats always land on their feet:

Thanks to a cat’s vestibular apparatus (a balance system located in the inner ear), they are able to tell up from down when falling.

Using their flexible backbones, they can twist their bodies mid-fall to point their paws downward.

They might not always land as gracefully as you expect, but they have a better chance of doing so than any human. 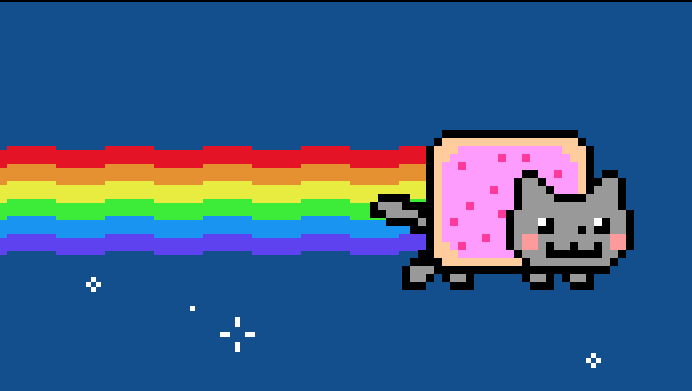 Chris Torres, the creator of Nyan Cat, based the cat portion of this classic Internet sensation on his own cat, a Russian Blue named Marty.

The Pop-Tart portion of Nyan Cat is most definitely a Cherry Pop-Tart. The cat of Pop-Tarts, if you will.

Aren’t cats amazing? Their agile bodies and acrobatic feats are beautiful to behold, and their ability inspire us never ends. (Just like Nyan Cat.)

Which cat above is your favorite cat? Let us know in the comments!