Conversations That Happened When Someone Texted a Wrong Number

Most of us have been guilty of either calling or texting a wrong number once in a while.

We’re human, mistakes happen, and generally everyone is very polite about the whole mix-up.

Generally, though, people don’t keep talking after the error is discovered…and they don’t do whatever these 18 people did, either.

Sir, do you know how wrong numbers work from facepalm 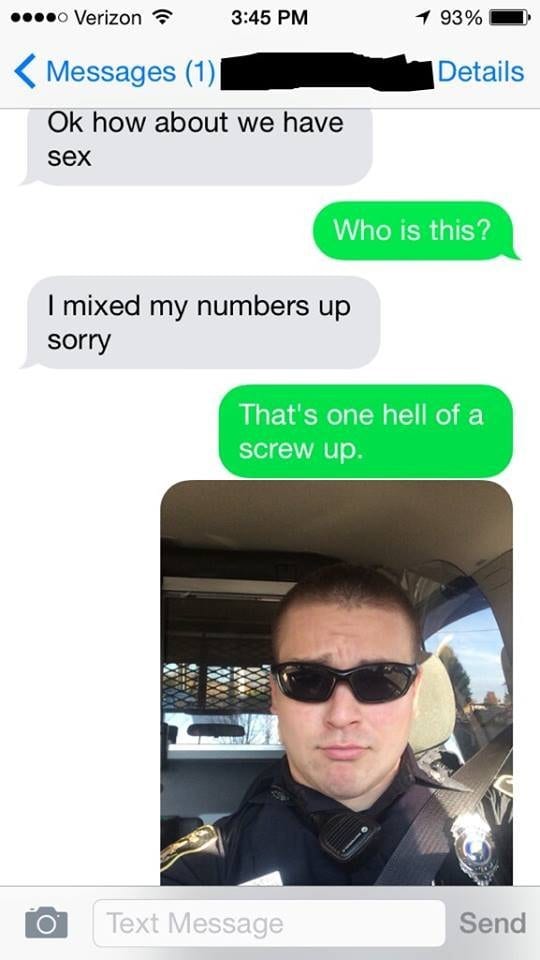 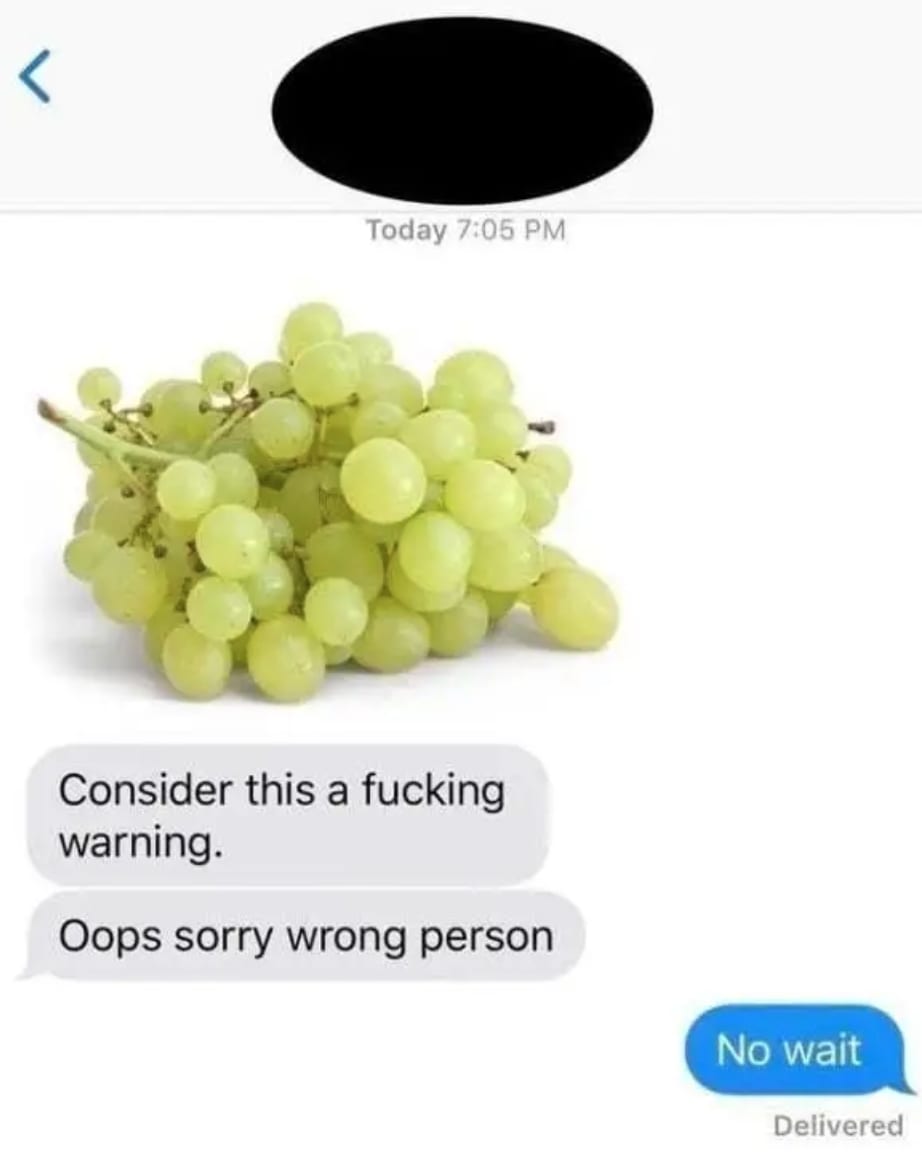 14. Everyone’s looking for ways to save time.

Scammer tried to scam 20 random people at once from facepalm

13. Do you suppose he was texting his cat?

I kind of hope so.

This is the strangest, most out-of-context wrong number text I've ever had in my entire life. pic.twitter.com/dDUQNJN966

That’s a lot to handle for a random person. 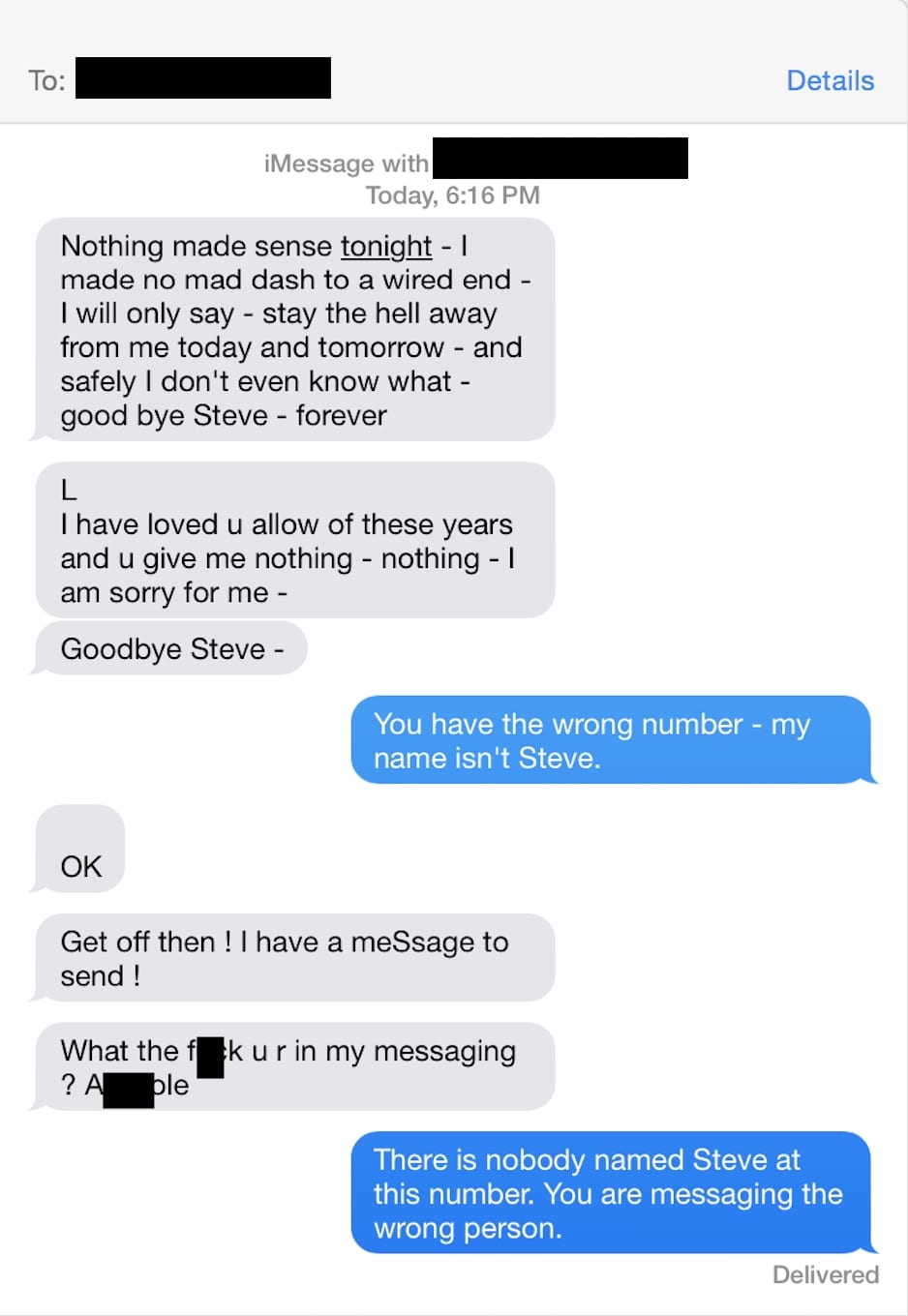 11. How can there be no more questions?

That is certainly not fine.

This dude jus texted me… from wrongnumber

What on earth does that even MEAN.

Will never forget the moment I accidentally text my driving instructor this hahahaha pic.twitter.com/rFXUb8RnDG

9. A reminder that people are so very different.

I have never needed to shoe a mule.

Y’all… this is the best wrong number text I’ve ever received. Hoping the mule gets the shoes he needs. pic.twitter.com/GWyliqMAk3

Everyone needs a good grandma. 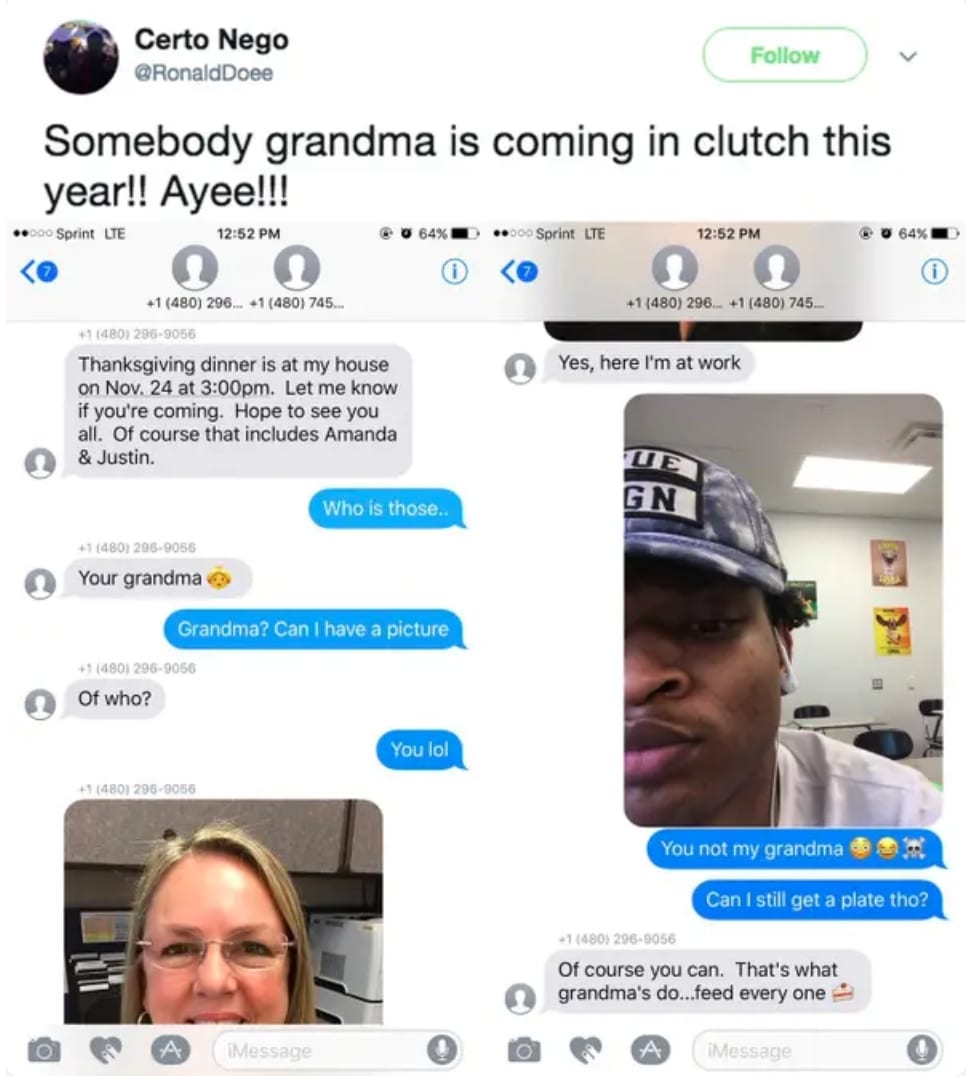 7. Never miss an opportunity to talk about cheese.

I want some smoked Gouda now. 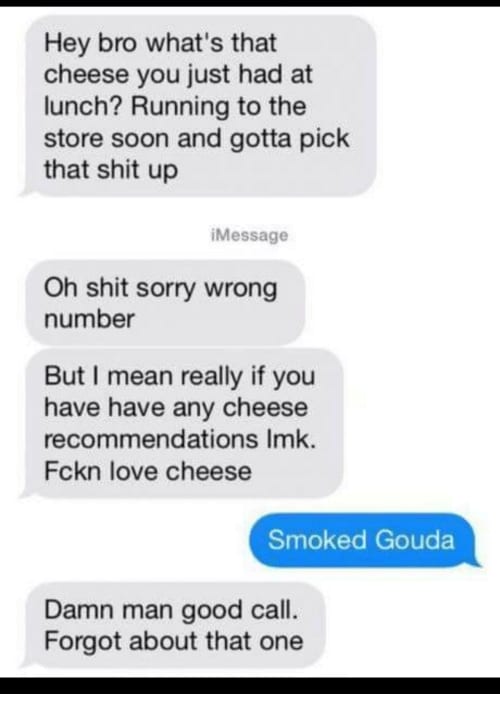 And also more than a little scary.

A doctor accidentally texted my girlfriend requiring medical assistance. She turned out to be useful. from screenshots

5. I guess poor Bob never got his wipes.

Poor sap. Those things are like gold these days.

Aw man! This guy is gonna think Bob is a total weirdo!!! Last time he texts the wrong number!! pic.twitter.com/t2pfuElOgO

Seriously, I don’t think your mom would want that. 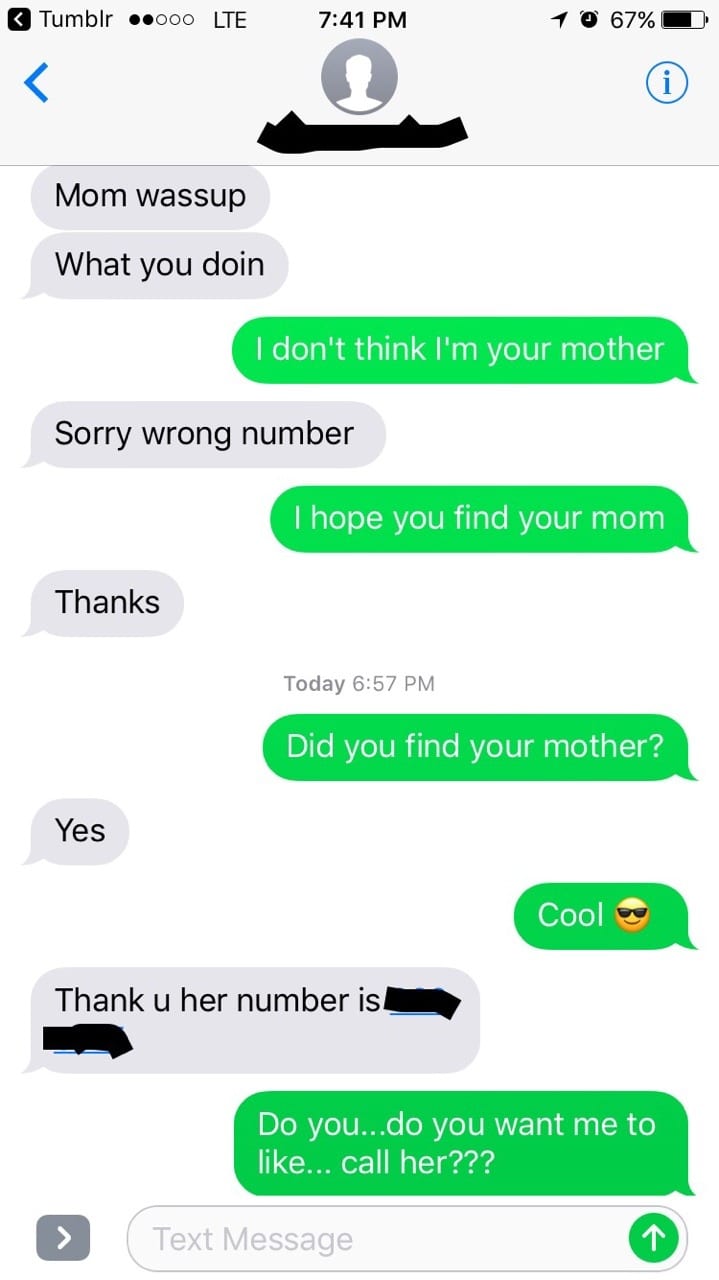 3. Y’all what is happening here.

Other than this guy bringing the chili I guess. 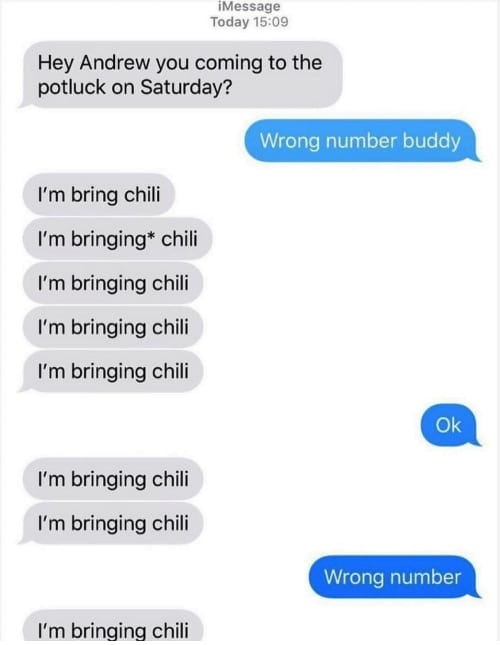 1. This guy had his eye on the prize.

Can’t say I’m surprised he got a wrong number, though.

Aren’t you kind of inspired about humans in general now? I know I kind of am!

What’s something funny or otherwise interesting that’s happened to you after texting a wrong number?

Tell us the story in the comments!