Dad Live Tweets Going on a Field Trip to the Science Museum with 60 Kids, and It’s Hysterical

All parents secretly (or not so secretly) look forward to the time when their kids go back to school. They love their kids with all their heart, but even the best parents need some space. So why would any sane parent subject themselves to chaperoning a school field trip?

Well, why don’t you ask Simon Smith, a dad from the U.K. who recently accompanied his daughter and 59 of her classmates (yikes!) to the Kensington Museum. Along the way, he provided regular Twitter updates on the nightmare that was his day.

This is Simon Smith, a loving dad who volunteered to be a chaperone on his daughter’s school field trip. 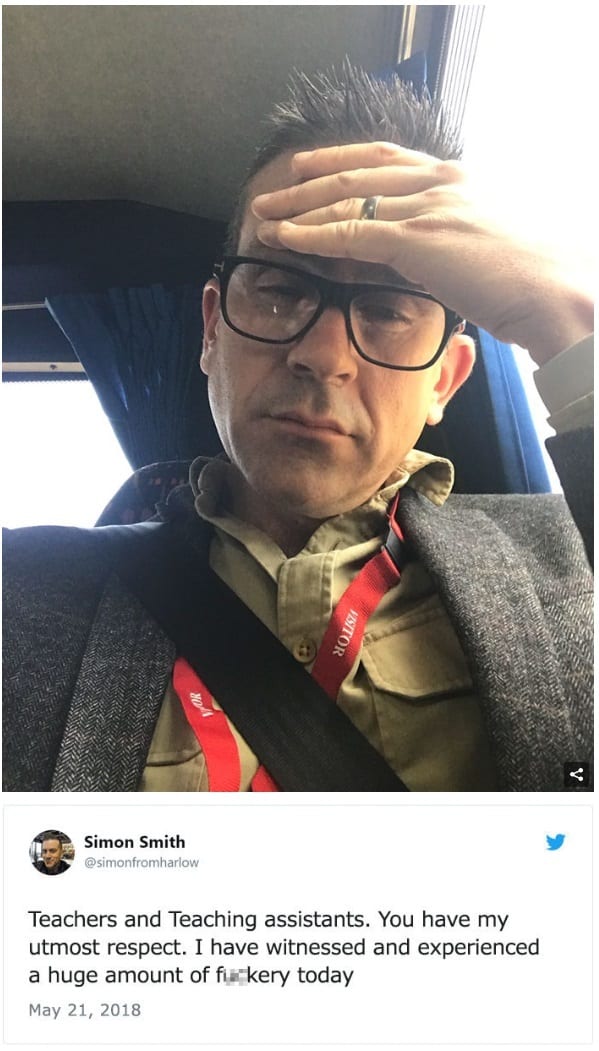 It started off innocently enough… 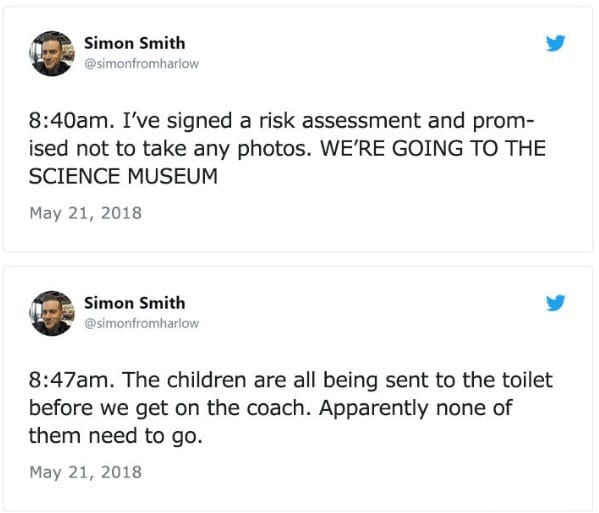 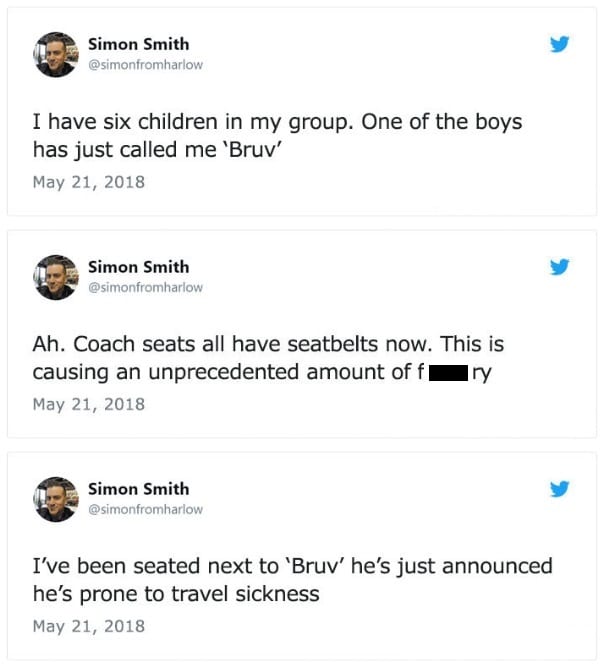 Even though they were told to use the toilet before the trip began, kids are kids. 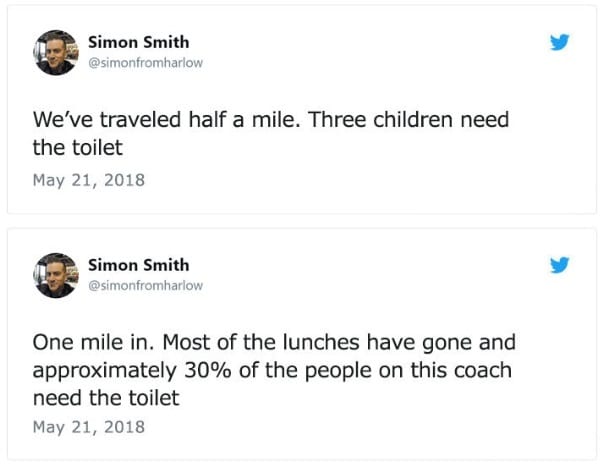 That’s when the real nightmare started to unfold.

Even his daughter turned on him.

Then, there was puking.

Possibly the worst part, however, was the string of neverending questions.

Things didn’t improve upon arriving at the museum, either.

Simon made sure to document the many gems the kids said to him. 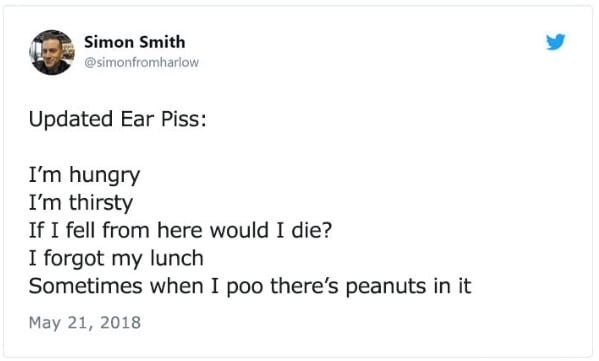 Here’s how he described his ordeal to his wife: 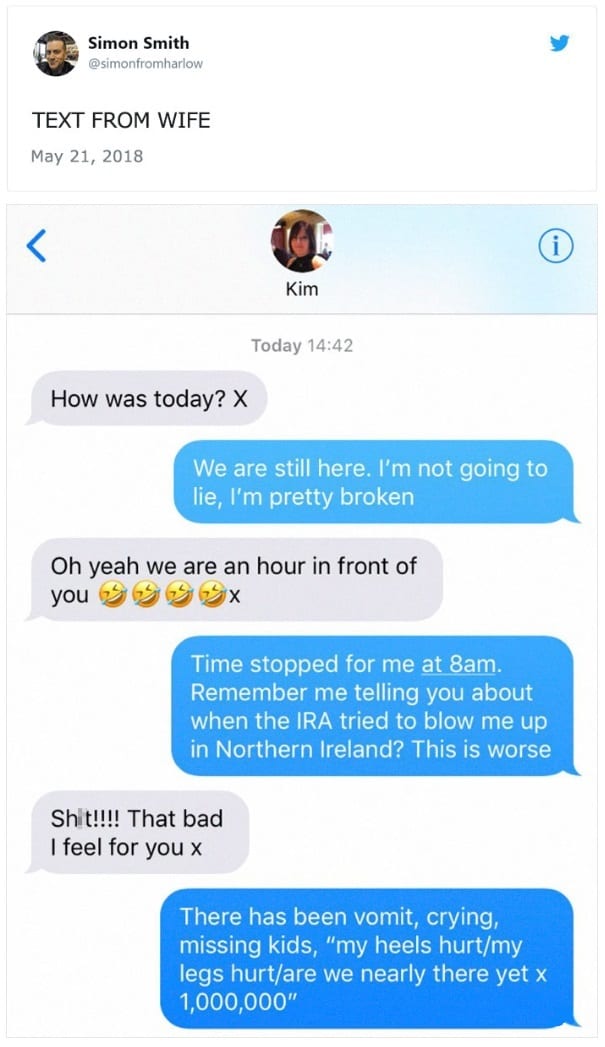 Then it came time to visit the gift shop, which was also predictably disastrous. 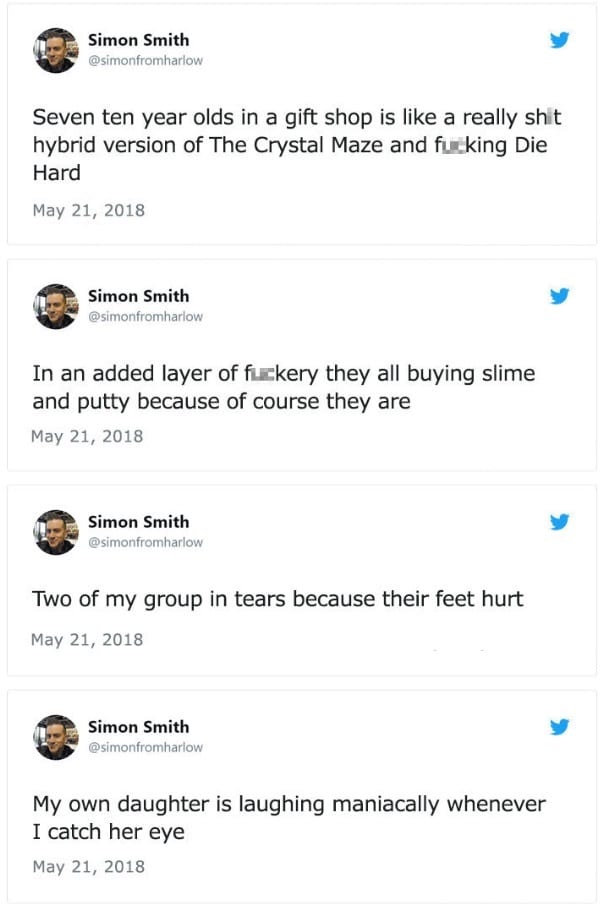 The return trip was also horrible. 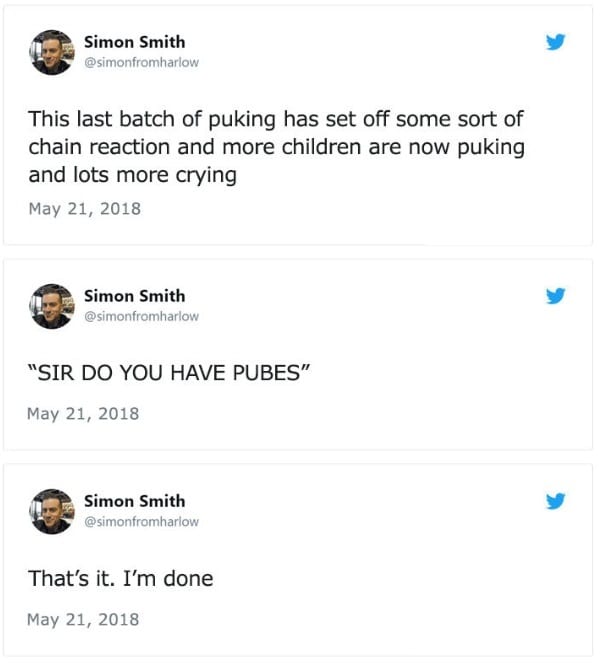 His final tweets pretty much summed things up perfectly. 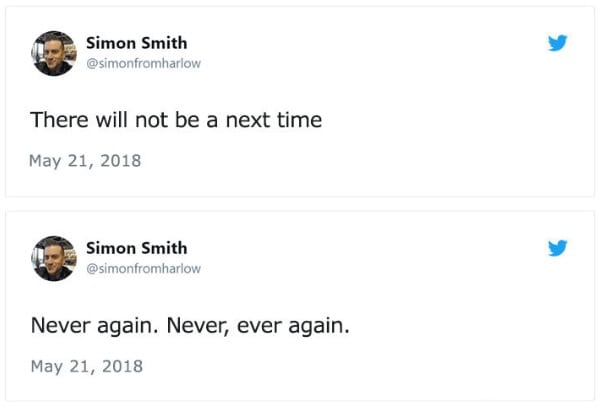