Do You Know About the Hall of Records in Mount Rushmore? Let’s Learn About It!

Hollywood has posited that there might be secrets in or around Mount Rushmore in at least a couple of films, and while some liberties were taken, there is actually a secret lair inside the giant, carved, monument.

More than meet’s the eye, if you will. 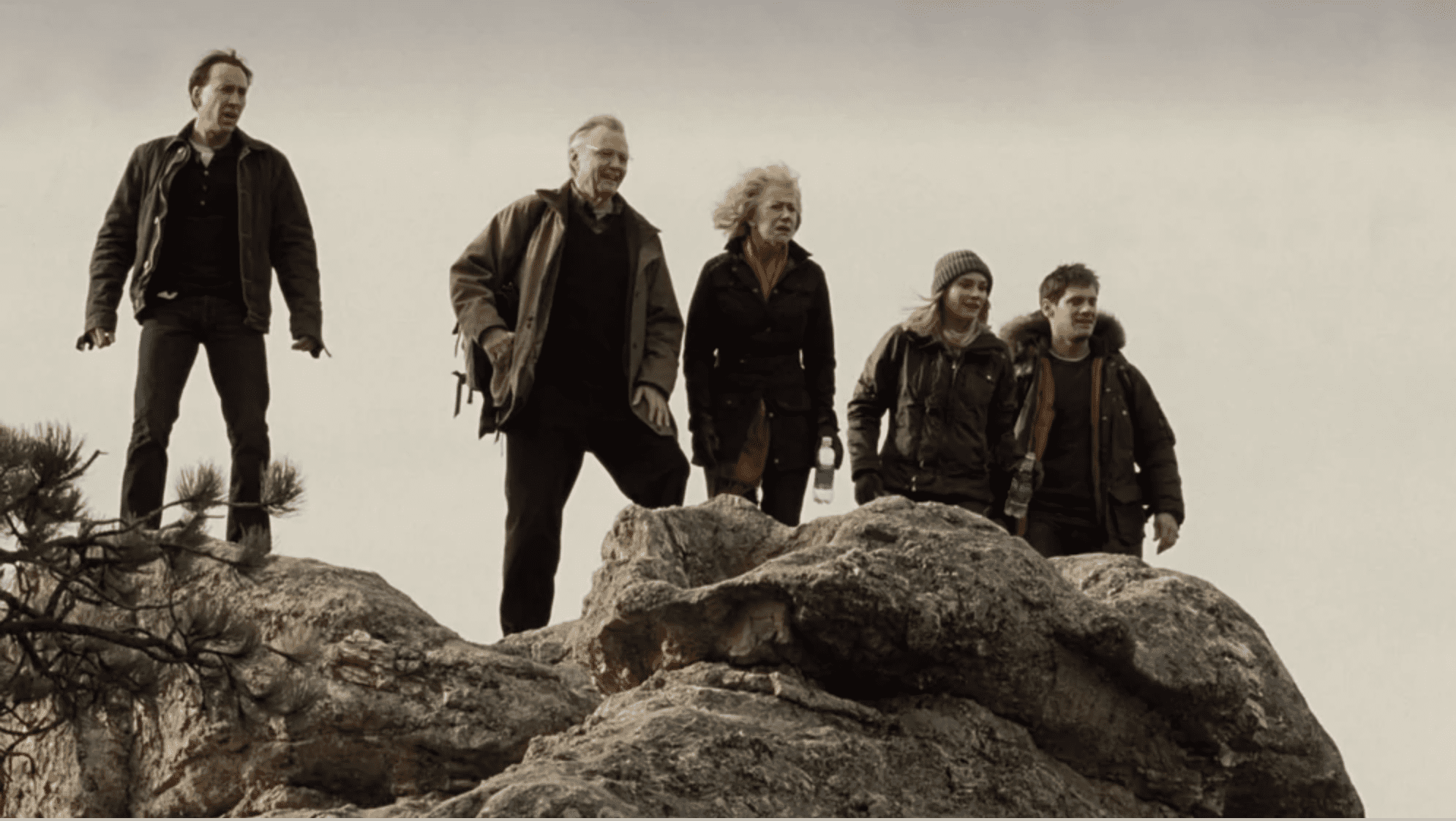 Mount Rushmore is kind of a strange monument, as these things go. It contains the giant heads of four revered American presidents – Washington, Jefferson, Roosevelt, and Lincoln – and was never truly finished.

It was created by sculptor Gutzon Borglum, whose original plan was to sculpt the outline of the Louisiana Purchase and then inscribe it with the important events between Washington and Roosevelt’s presidencies (which is arguably even stranger than what we got), and when that fell through, he got the idea for the hidden Hall of Records instead.

That one, to many people’s surprise, did come to fruition.

The Hall of Records was to be a sort of time capsule to store important American documents. Borglum planned it to be 80 feet tall and 100 feet long, lined with brass cabinets that contained the original documents of the Declaration of Independence, Constitution, major contributions to art and science, etc, and was to be carved into the canyon behind the president’s heads. 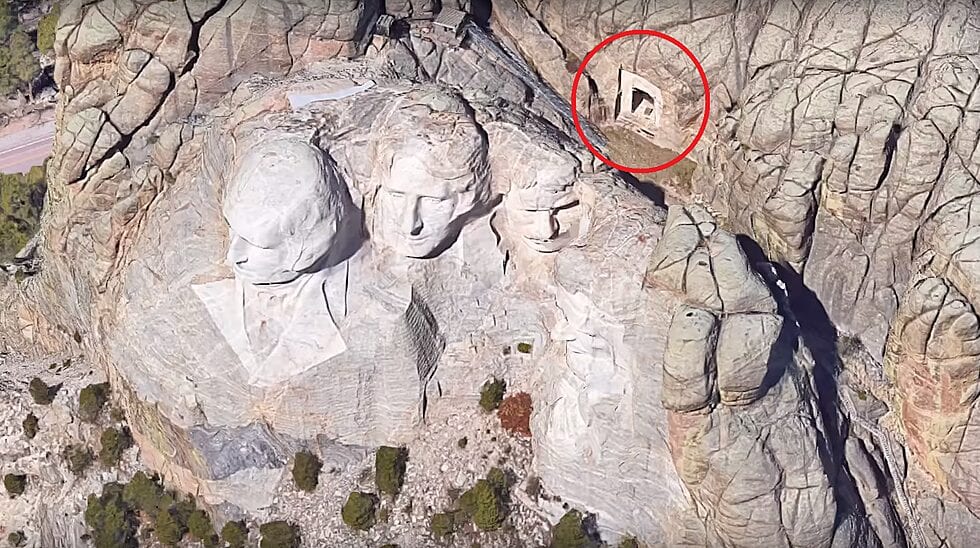 The only access was to be an 800-foot staircase.

Work began on the Hall in 1938, but was only partially finished (as were the heads) when Borglum died in 1941. His son finished the portraits, though they were never completed to the waists as they was the original plan, and the Hall of Records was abandoned as a big, empty cavern.

It wasn’t until 1998 that 16 porcelain panels were placed inside the chamber. They describe the construction of Mount Rushmore, including the reasons behind choosing those particular presidents, and a document history of the United States – basically a time capsule for some future time when all of that knowledge has been lost.

The panels are sealed inside a teak box inside a titanium vault, covered by a 1200-pound granite slab that contains a quote from Borglum’s original plans.

“Let us place there, carved high, as close to heaven as we can, the words of our leaders, their faces, to show posterity what manner of men they were.

Then breathe a prayer that these records will endure until the wind and rain alone shall wear them away.” 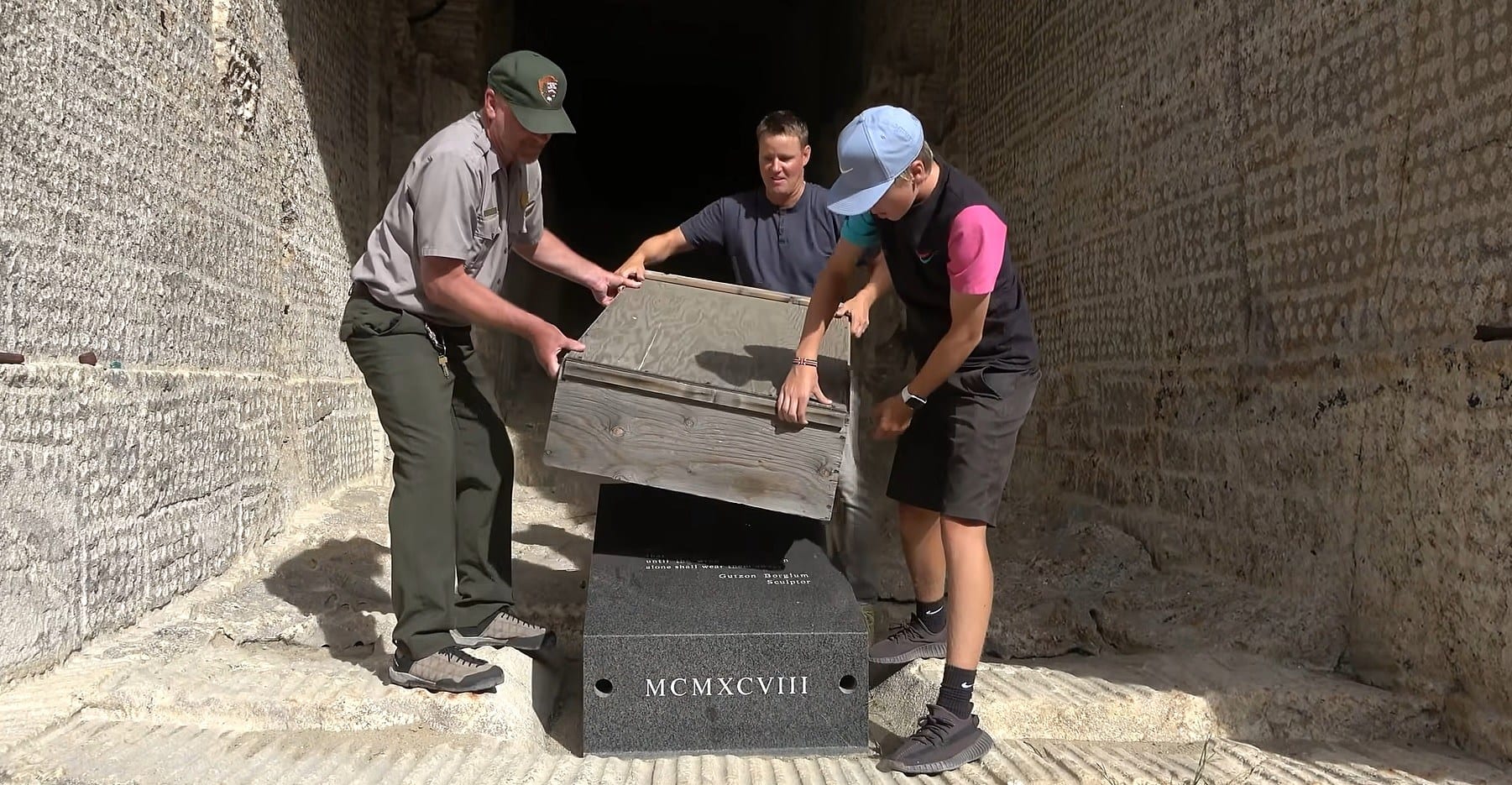 If you’re planning to visit Mount Rushmore you should know a couple of things – it’s a very long drive into the middle of nowhere, and also the Hall of Records has no direct access, so you will not be able to peek inside.

The Native history in the area is fascinating, though, and the Badlands and Black Hills are beautiful – so go and enjoy, and happy travels!