Two ambulance drivers went out of their way when a 72-year-old Australian man, Ron McCartney took his final ride to the hospital for palliative care. His wife Sharon told the ambulance drivers that her husband had been eating very little the previous few days. So the officers, Kate Hanafy and Hanna Hoswell, asked Mr. McCartney what he’d want to eat, if he could have anything. His answer: a caramel sundae. So the crew stopped by McDonald’s to grant Ron his wish. 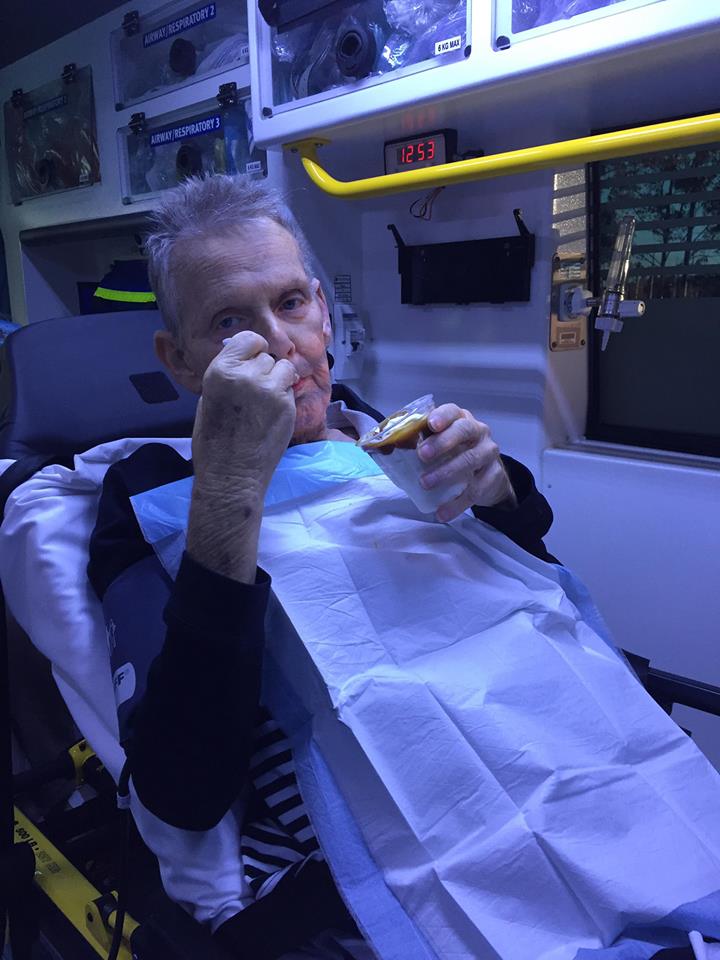 “If you could eat anything, what would it be?

We have been left humbled and tinged with sadness after receiving a message of gratitude that underlines an often-unseen aspect of patient care; the caring.

Last week, Gold Coast resident Sharon called an ambulance for her husband Ron’s final journey to hospital and palliative care. Paramedics Kate and Hanna responded and during their initial observations of Ron, Sharon mentioned that he had barely eaten anything over two days. The officers asked Ron, if you could eat anything… what would it be? To which Ron replied, a caramel sundae.

Sharon’s recent message emphasised the enjoyment Ron received from such a simple action and thanked paramedics for the swift and high level of care and compassion shown to him on both this occasion, and their previous interactions over the last few months as well.”

Ron passed away and his daughter expressed her gratitude for the kindness shown to her father. Danielle Smith said, “Thank you so very much to Hannah and Kate, Dad enjoyed this so much and was the last thing he was able to eat by himself. Mum and I cannot thank QAS enough for all the help and compassion you have all given towards us each time we have had to call you.”