A story went viral recently and for good reason. In fact, the story grew so quickly because it’s completely insane. After a woman named Crystal Reynolds Fisher shared her encounter with her boss at a gas station in Michigan, people were shocked at how heartless her manager was. You can file this story under: Heartless Humans.

Here’s what happened: Fisher’s son is on life support, and she informed her boss she wouldn’t be coming into work – like any person would in that circumstance. Take a look at the text exchange. 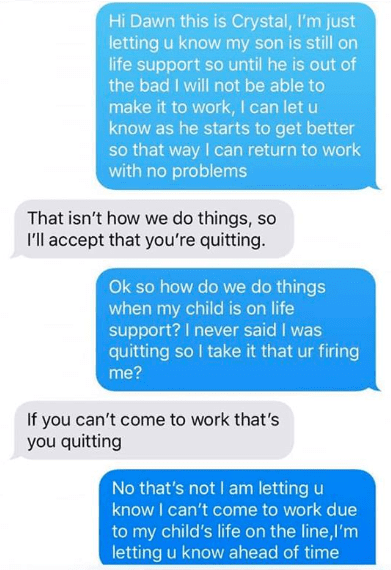 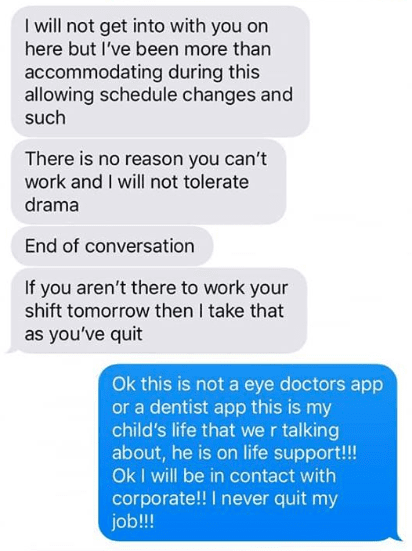 And then, with an inordinate amount of audacity, her boss said she would be at work if her own child was on life support. 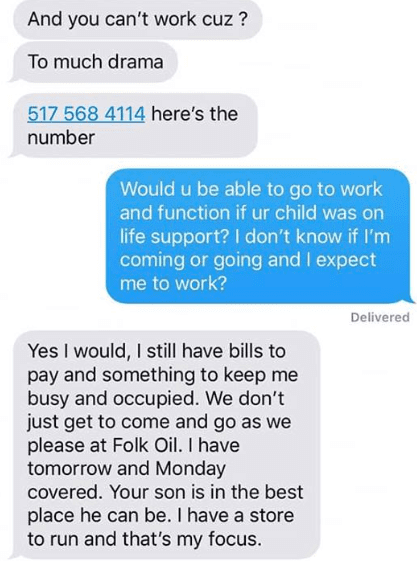 Pretty unbelievable. After the story went viral, PS Food Mart, the gas station where Fisher works, came out with a statement about the situation. 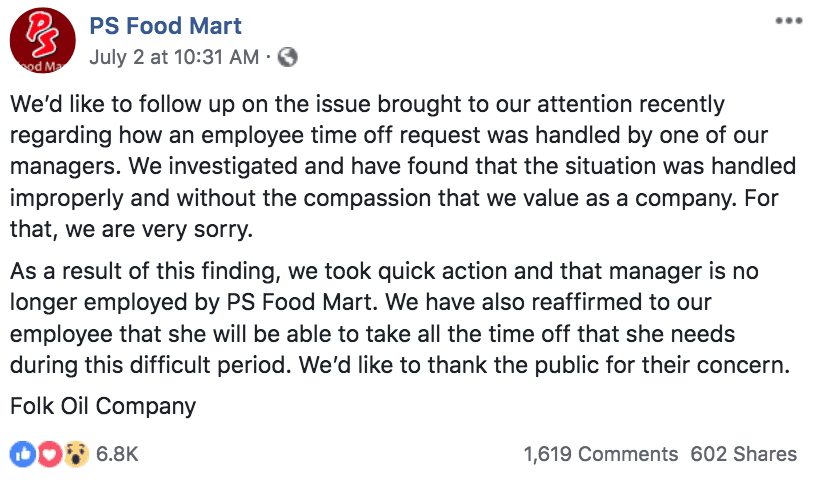 Ms. Fisher still has a job and the manager was shown the door (for good reason). It’s nice to see the bigwigs at the company stepped in and did the right thing.