Engineers Made a Lightsaber That Can Cut Through Steel

I know that there are important problems in the world, and smart, accomplished, innovative people should probably be spending their time and energy solving those, but…y’all.

If you could make a real, live lightsaber that can actually cut through steel like it was nothing more than butter, wouldn’t you just have to do it? 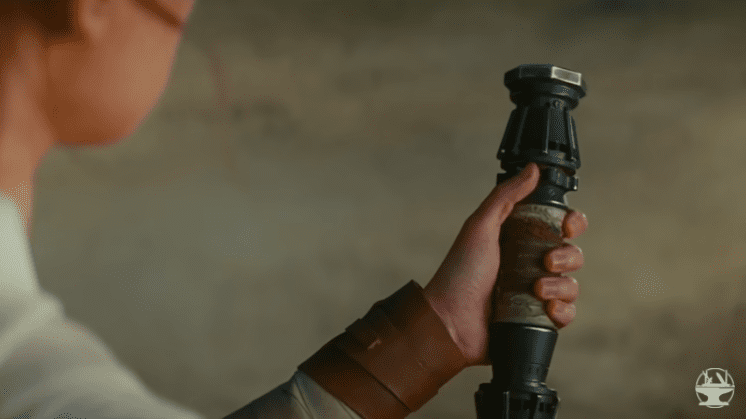 Well, with all of this extra time on their hands, the engineers at the Hacksmith have done just that – it’s fully-retractable, it changes color, and yes, it slices right through metal.

The saber is powered by plasma and burns at around 4,000 degrees Fahrenheit. The plasma shoots out of the handle in a way that looks almost identical to the CGI lightsabers of the Star Wars universe.

Since it does rely on an external power pack and not a tiny, infinite energy source held in the handle, the weapon is technically a “protosaber,” but listen. 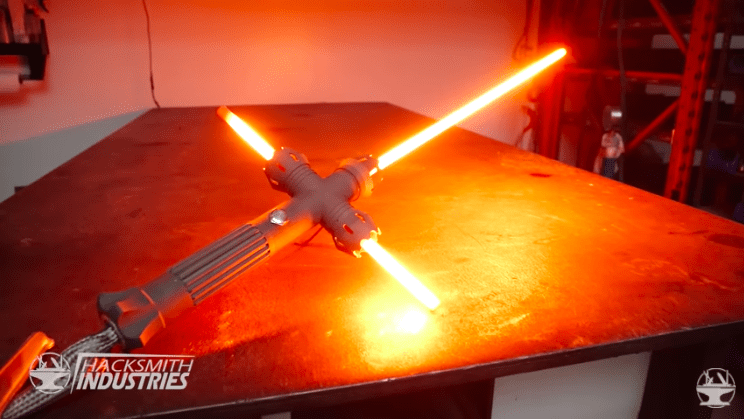 The passion project represents four years of work and many, many iterations in an attempt to get it to look as much like the real thing as possible.

The retract and extend function was the hardest to nail, but they kept trying because, as the Hacksmith points out, “the internet is never pleased.” 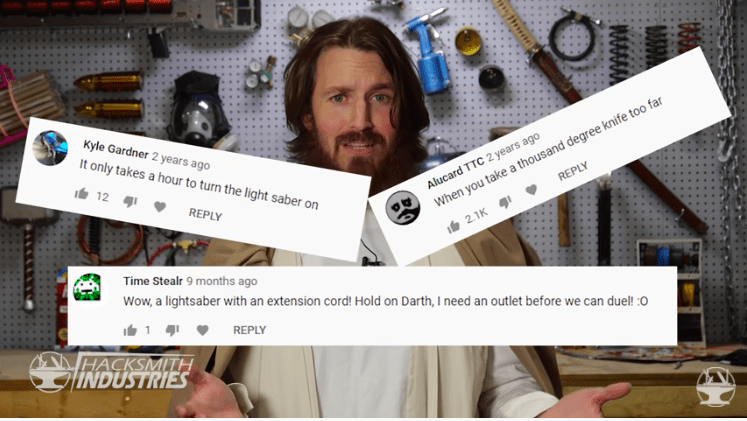 This version features a laminar nozzle that produces a laminar flow – a smooth flow of liquid or gas with little or no mixing – of liquid propane gas.

When that gas is concentrated and heated to high temperatures, it becomes a circular beam of glowing plasma. 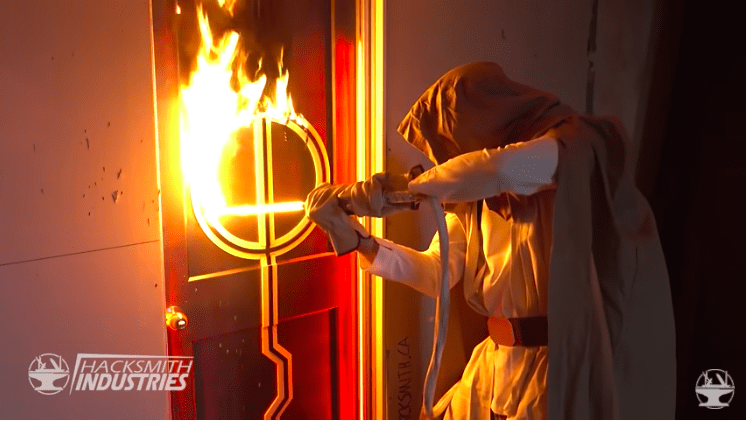 They also know the saber needed to feature the characteristic, side-defining colors – you can’t be walking around without declaring whether you belong to the dark side or not, after all.

To achieve the colored effect in the plasma, the team used different salts in green, orange, and red.

And yes, it cuts right through steel like a hot knife through a stick of butter.

Sure, you can’t buy one of these at the corner store (which is probably a good thing), but isn’t it enough for now just to know it exists?

I definitely think so – and may the force be with you.