Daria Pushkareva was one of the most sought-after wedding photographers in Moscow, regularly shooting the nuptials of Russia’s elite businesspeople and politicians, but her workaholic lifestyle left her exhausted. She had previously worked in the film industry. She said,

“I became a photographer because I wanted to reduce the intensity of my life. I invested all of my money into photo equipment and master classes to perfect my skills. But ended up in the same place. No vacations, simply not giving myself neither the rest nor the holidays I so desperately needed. I shut myself away at work and the only joy I had came from producing impressive photos. I realized that I was a workaholic, always preferring doing or creating something to any form of relaxation.” 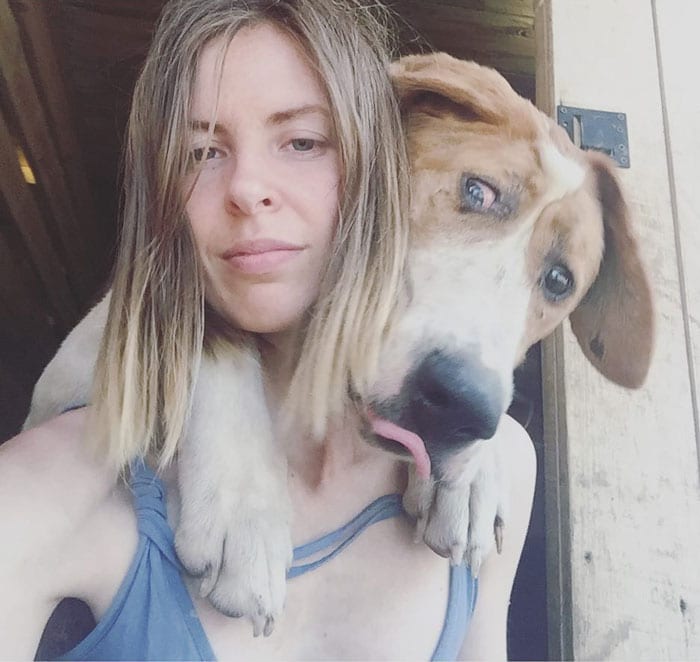 “I then remembered my childhood when I and my classmates were talking about future professions and I said that I wanted to run a dog shelter. One day, I saw a piece about a shelter puppy without an eye. It needed 10K rubles ($150) to book a visit to the ophthalmologist. I met a volunteer to give her the money for the dog’s treatment in person and she told me, “Thank you, but we can’t take her to the vet. There’s no one to do it right now.”

“I was there with my husband. We exchanged a few glances and I said ‘We might as well do it ourselves.’ At that point, everything became clear and simple. The owner of the shelter came and placed the flea-bitten furball onto my lap while I was sitting in the car. I looked at her asking, ‘Is this a puppy?’” 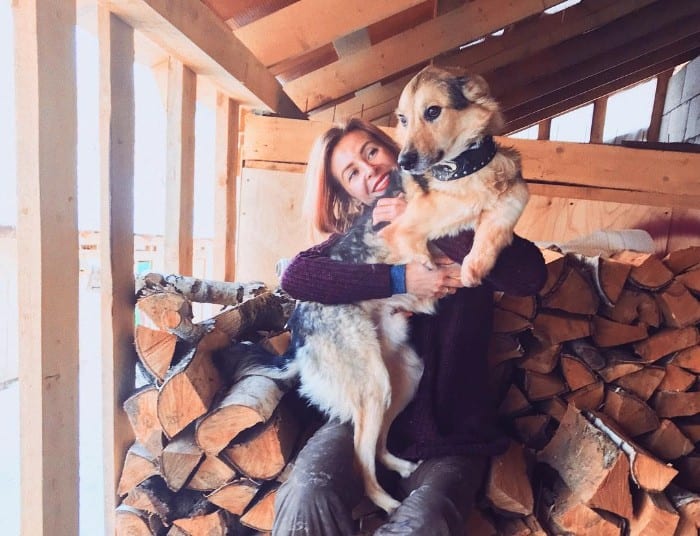 “I wouldn’t consider our household a shelter. In fact, I even feel offended if someone calls it like that. A shelter is a place where new volunteers and other people contribute to the wellbeing of the animals that are constantly moving in and out. We, on the other hand, have our own dogs, we love them and devote our lives to them. To us, they are family members. They’ll remain with us forever and we do not want to give them away to anyone.” 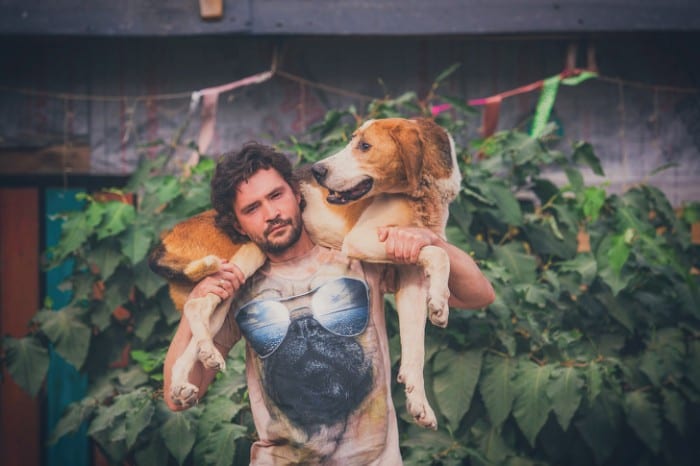 In addition to the rescue dogs, the couple also takes care of foxes and raccoons. 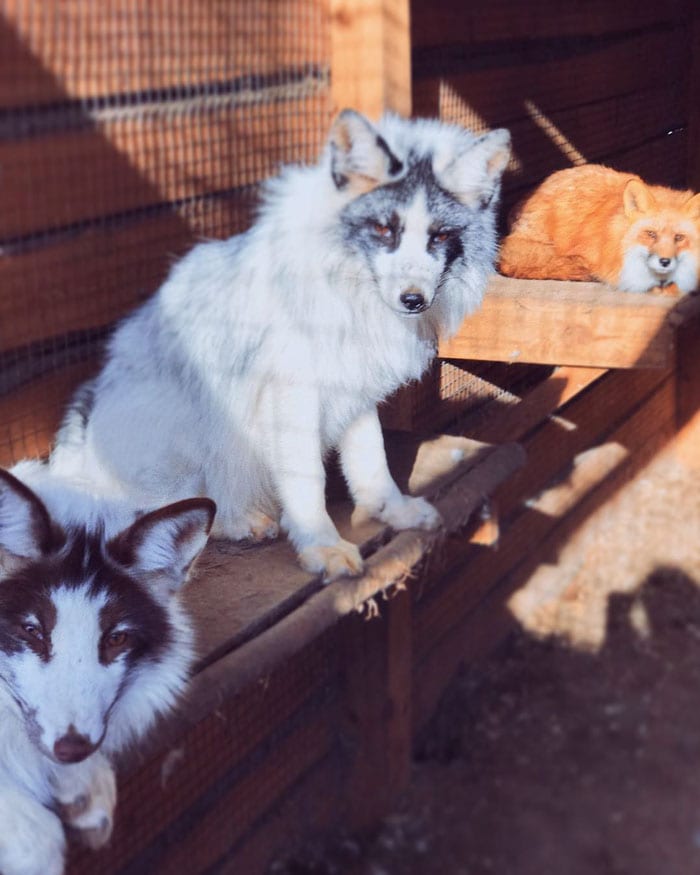 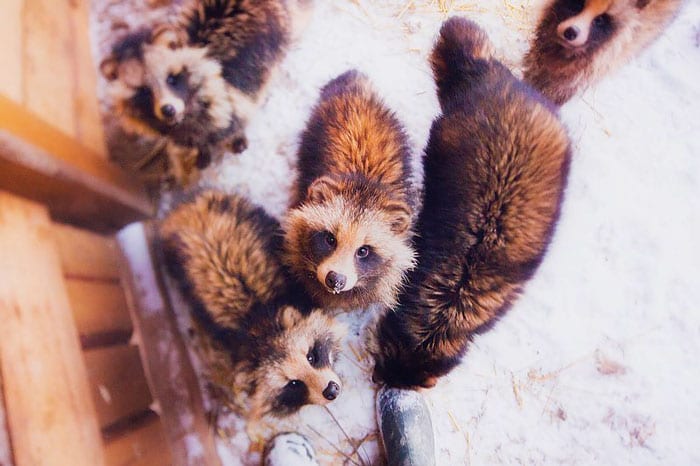 Take a look at some more photos of daily life on their property. 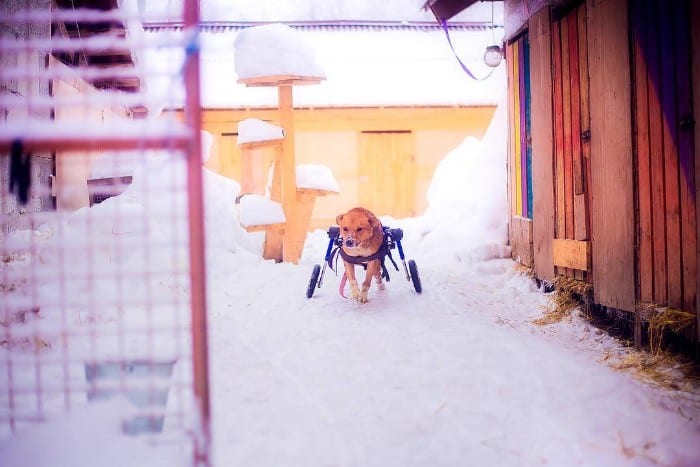 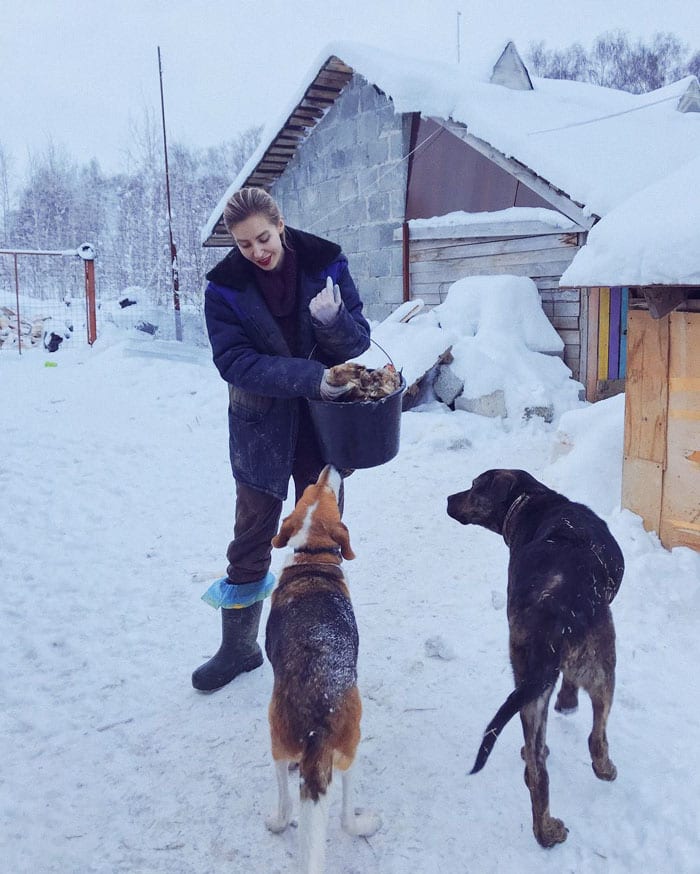 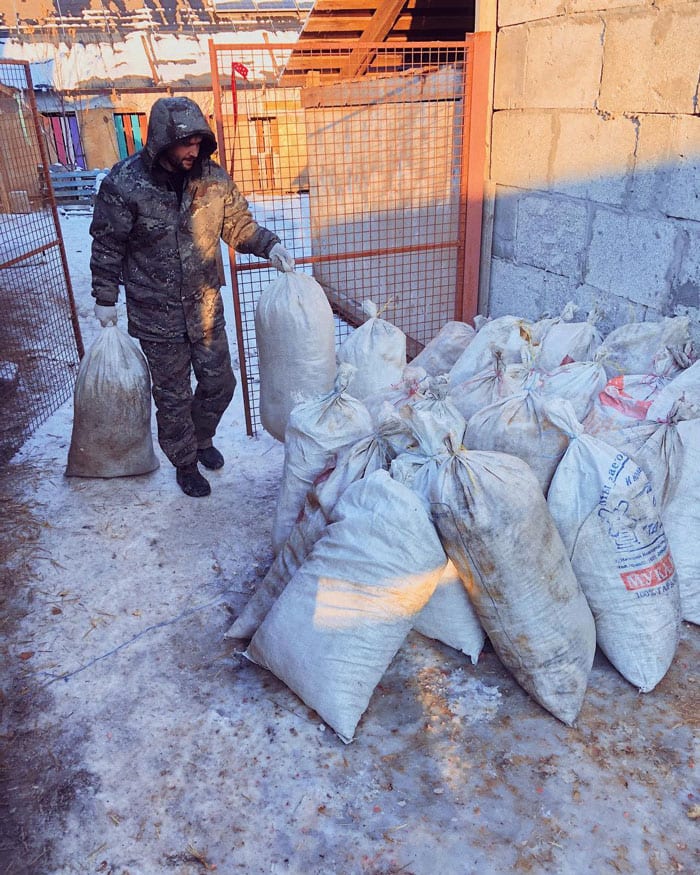 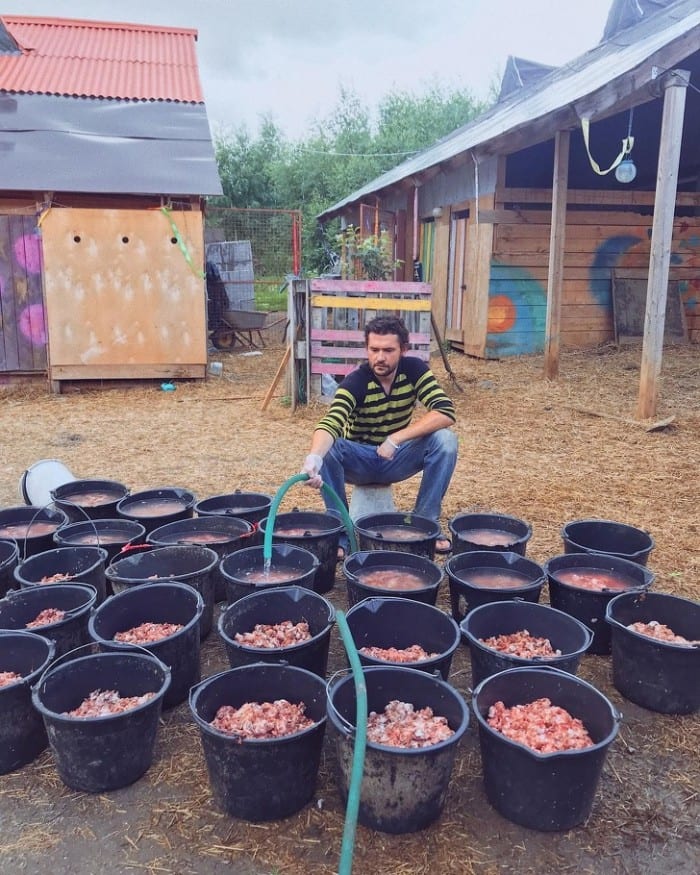 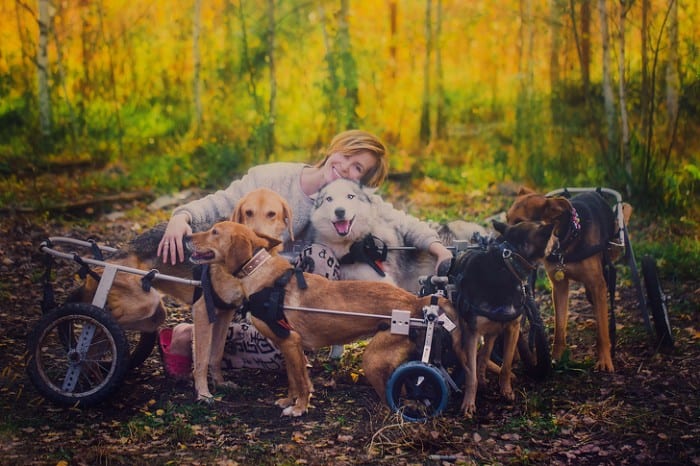 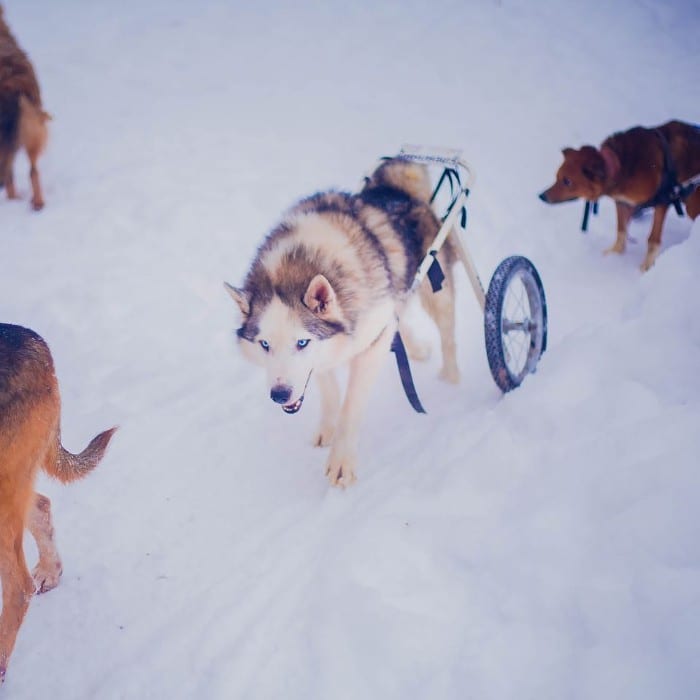 If you want to donate some money to help their cause, you can do it on Paypal at sobakalarax@mail.ru.

The couple now feeds and takes care of an incredible 200 animals.