Sometimes, there’s just isn’t enough time in a movie to explain everything. That’s where fandoms come in handy, where hordes of non-canon theories lurk about.

Here are 8 fan theories that are so shocking that they deserve some kind of fan-led Pulitzer Prize.

Both Captain America and Vision end up being able to wield Thor’s hammer.

However, there’s a crucial difference in their abilities afterwards that explains why Captain America was actually worthy and why Vision wasn’t.

“My theory is that Avengers: Endgame kind of implies that the ‘machine’ theory was the right one all along and only Thor and Steve are truly worthy.

Since whoever wields the hammer should then possess the power of Thor, it’s clear that Captain America was worthy one.

Vision, on the other hand, was only able to lift the hammer because he technically isn’t a living soul.

2. Sadness and Anger control the parents in Inside Out because they represent the foundation of deeper, more nuanced emotions.

Whereas Riley is piloted by Joy in Inside Out, her parents are piloted by Sadness and Anger.

Reddit user frappuccino explains how this is way more complex than depression or anger management issues:

“My theory is that — like the movie shows — as you age, your emotions become more complex, so these deeper, more mature emotions pilot adults! 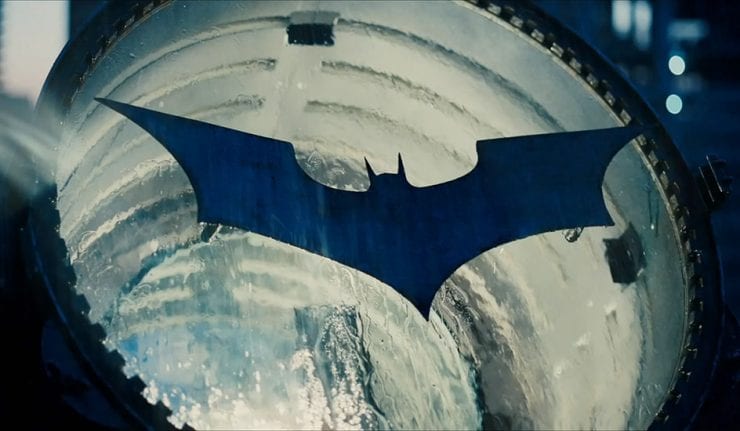 It definitely seems a little weird that the Gotham City Police Department would flash a giant symbol in the sky and expect Batman to be looking for it 24/7.

Redditor randomusername02130 theorizes what exactly the giant skyline eyesore is for:

“My theory is that the bat signal itself doesn’t actually apply to or affect Batman at all, but rather it is a warning for criminals.

Basically like Gotham PD saying, ‘He’s active tonight, so now’s your only chance to drop everything, go home, and turn your life around.’”

Yeah, I always wondered about that. Because, basically… they’re either saying “Batman, we need you!” or “Batman is a coming!”

4. Sid being a garbage man in Toy Story 3 completes his story arc.

After learning all the toys you were torturing are actually alive, it’s natural to want to repent for your actions in any way possible. For Sid, that manifested in becoming a garbage man.

Here’s what Redditor londongarbageman thinks is behind his career choice:

“So, let’s imagine you’re a guy who just learned that inanimate objects are alive…what job would you want to do?

My theory is that Sid isn’t some messed up kid and working a cr*ppy job, but instead, he’s actively trying to save toys.

He picked the one kind of job where he can rescue toys without question.

Plus, Sid is uniquely equipped to fix those toys because, as we’ve seen, he’s pretty d*mn creative.”

Awwww! A happy ending for Sid!

5. Inigo Montoya lost against Westley because he was sober.

How did the supposed greatest swordsman in the world lose against a simple farm boy?

The answer doesn’t send the greatest message in the world.

“Lots of reasons could play into it, like how Inigo was primarily a duelist in tournaments while Westley was fighting for his life and so on, but I have a much simpler theory: It was because Inigo was sober.

Both in the book and in the movie, we see that Inigo has hit rock bottom. He couldn’t find the six-fingered man and dueling had become too easy. I mean, he was besting everyone with his non-dominant hand!

However, when he fought Westley, he hadn’t drank in at least a full day and a half. Someone who drinks that much would not be on their best if they hadn’t had anything to drink, it’s that simple.”

I need a drink.

6. The Dementors were obsessed with Harry because he had some extra soul.

Those creepy cloaked figures from the Harry Potter franchise weren’t mega-fans of The Boy Who Lived.

They just noticed that Harry happened to have a little extra soul in him.

“Basically, my theory is that the 1/8th of Voldemort’s soul that attached itself to Harry means he, simply put, just has more soul than everyone else.

Honestly… makes a lot of sense!

7. Night missions in Avatar are against the rules because they might emotionally sway the soldiers.

It’s not that missions at night are more dangerous; it’s that the land’s sheer beauty might end up changing the soldiers’ motives.

“My theory is that night missions were prohibited by direct order of Miles Quaritch not because they’re more dangerous, but because he didn’t want his soldiers’ motivation to be affected by the beauty of the forests at night.”

By the way… when’s the last time you thought about Avatar?

8. The drought in The Lion King is caused by Simba himself.

Though in real life, the drought in The Lion King could very well have been caused by climate change, in the movie-verse, it’s the result of Simba being completely absent from the Pridelands. Reddit user Spixdon says:

“Well, I think that Simba is actually directly responsible for the drought. It really wasn’t Scar seizing control or the hyena population explosion that caused a weather issue — but the rightful leader abandoning his people and taking the wisdom of the elders with him.

The past kings, like Mufasa, are up in the sky — specifically, in the clouds, as shown when Mufasa is talking to Simba.

The clouds — which carry the rain — left to follow the rightful king when he left Pride Rock.”

It’s fascinating how much can be interpreted from such fleeting moments. It just goes to show that the art of moviemaking is a lot more complex than it appears, and every choice counts.

What are some of your favorite fan theories? Share them in the comments!