Hamilton has thrilled audiences more than any other production in recent memory and has also shed an entertaining and informative light on Alexander Hamilton and the early days of the United States.

But what about that mysterious gasp Eliza gives in the final scene?

Plenty of people had seen the musical when it appeared on Broadway and in tours around the world, but it gained a whole new audience when it started streaming on Disney+. The telling of the tale is pretty straightforward, but the final scene has kept fan theories alive. 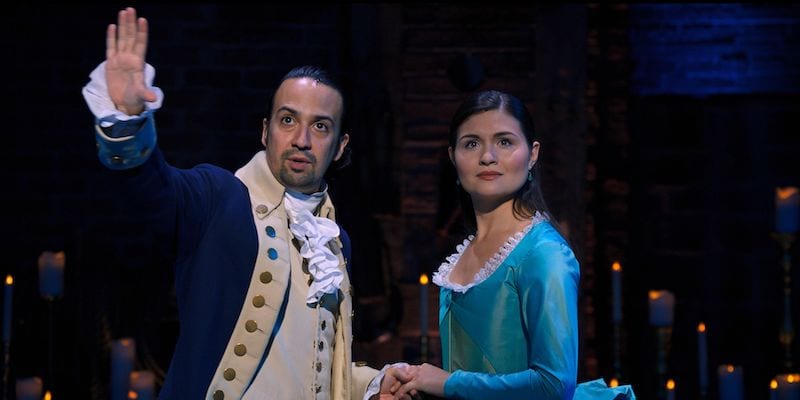 In the finale, Alexander Hamilton’s wife, Eliza, appears to look beyond the stage and lets out a large, very audible gasp as she cries. But what does she see?

Speculation abounds, but the theory that has gotten the most traction is that she’s not seeing her deceased husband anymore, but Lin-Manual Miranda himself acting as kind of a spiritual guide, who shows her the powerful legacy that she and her husband have left on the United States. While impressed with the idea, Mirada said that was not the case:

*Spoilers*
It’s a lovely notion, (thank you @malloryannellis) but it breaks down the moment I’m not playing the role (how I wish you could see @JMunozActor or @JonRua, who also played Ham that first year!)
The Gasp is The Gasp is The Gasp. I love all the interpretations. ❤️ https://t.co/Khp8CAtTXT

In a recent conversation with Wired, he said the ending is open to interpretation but believes Eliza is traversing time and perhaps seeing Hamilton, heaven, and the world as it is today, all at once.

The actress who plays Eliza, Philippa Soo, agrees, saying the character is seeing God and the audience and has indeed transcended time.

What do you think the reason is behind Eliza’s gasp? Let us know in the comments below!