If you’ve ordered a pizza from Domino’s online in the last year or two, you’re almost certainly familiar with the marvel of fast food innovation that is the Domino’s pizza tracker. It’s the kind of breakthrough that’s got some people saying Domino’s is really a tech company making pizzas.

Now, picture a guy planning to spend a relaxing Friday night in front of the tube with a nice, hot pizza. Little does he know, Domino’s’ pizza tracker won’t just let him verify a timely delivery, it will be a life saver. Literally. 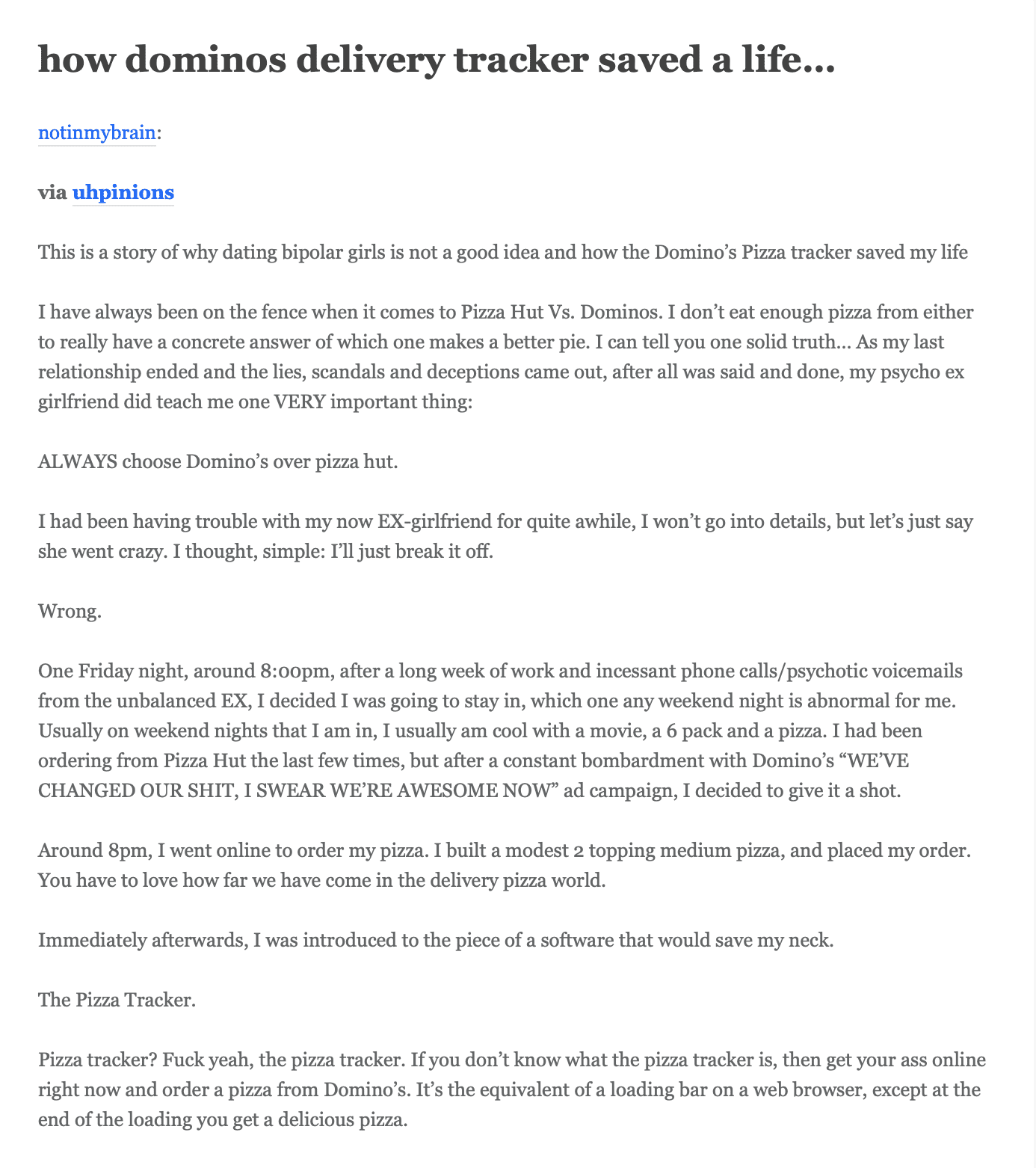 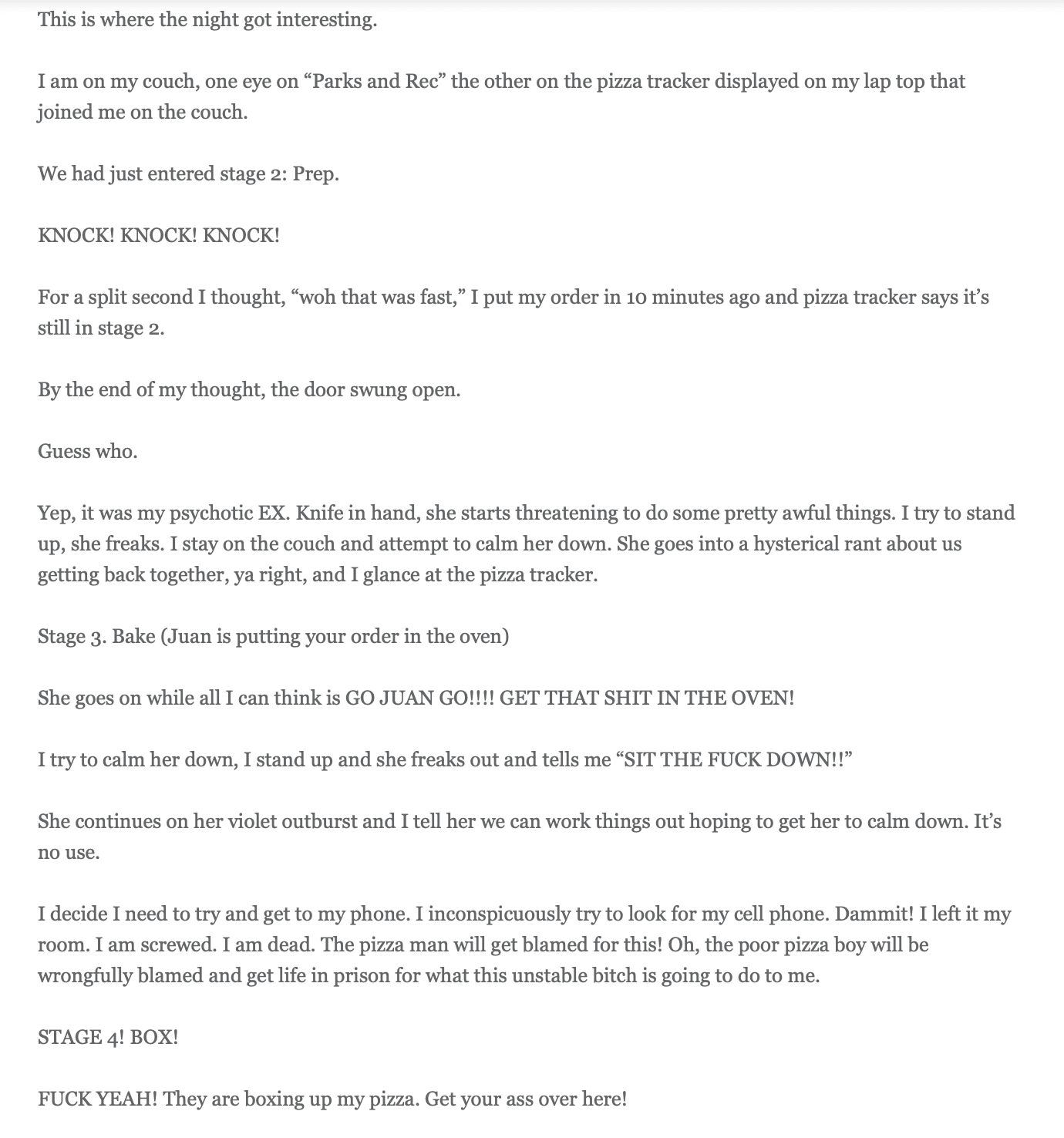 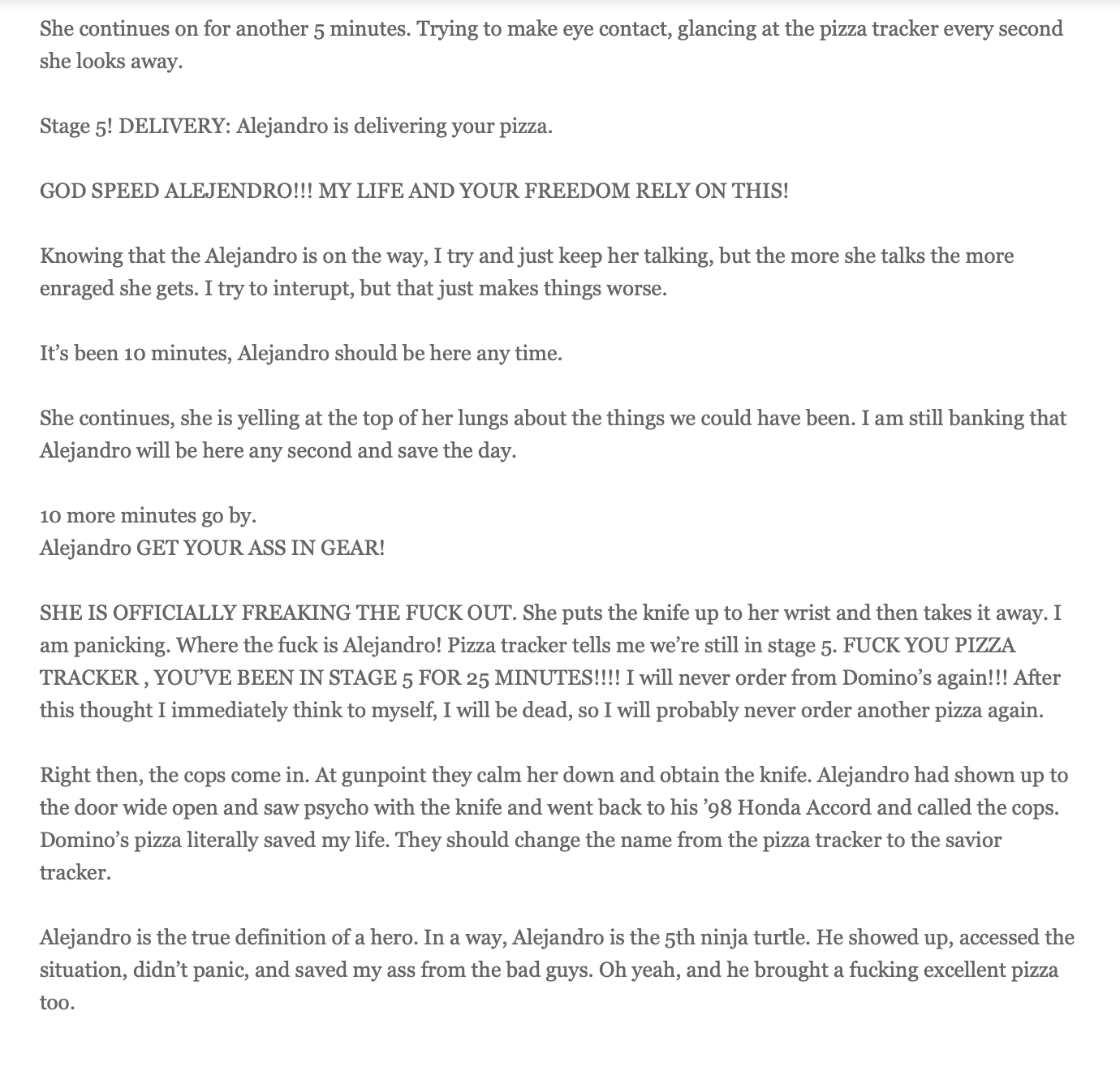 While we should point out that there is a real argument to be made that the way he talks about his girlfriend’s very legitimate mental disorder is not cool, once you start attacking someone with a knife, you’ve sort of lost the moral high ground.