Thanks to a pair of documentaries on Hulu and Netflix (respectively), the Fyre Festival of 2017 has become infamous as one of the greatest s**tshows of all time.

William “Billy” McFarland, the mind behind the festival, was found to have a long history of shady business practices. So how did someone with that kind of background and literally zero experience putting on large events ever gain the trust of SO many people? 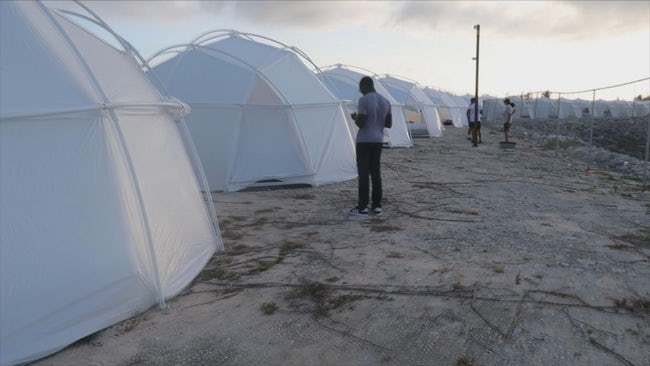 Image Credit: NetflixFyre Festival was backed by rapper Ja Rule, and had virtually every Instagram influencer and model that mattered promoting the ever-loving crap out of it. The vision they sold was so enticing, few ever questioned if it was real.

But the concert-goers didn’t arrive in the Bahamas to live music, food, extravagant accommodations, and thrilling celebrity encounters… they touched down to a horror show of school buses, FEMA tents, and soggy cheese sandwiches.

Instead of the luxury villas and gourmet menus the festival attendees paid thousands of dollars for, they received wet tents and styrofoam boxes containing cheese sandwiches and a small salad.

So how did this sh*tshow come to be? How did so many people, including models and celebrities, get duped?

Well, let’s go back to the beginning. 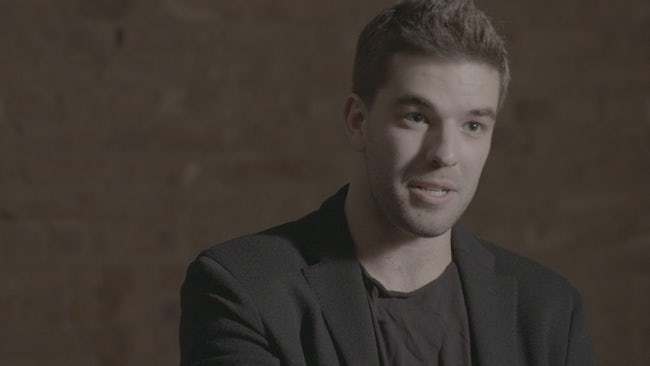 After two failed startups, one of which, Magnises, received an F rating from the Better Business Bureau, Billy McFarland designed a celebrity booking startup called Fyre and hired Ja Rule to promote it. The service promised to connect booking agents with celebrities, influencers, and other talent.

McFarland was launched but needed a promotional boost, and his team dreamed up the idea of a music festival to create buzz among millennials. They wanted to bring industry professionals together in order to promote the Fyre booking application.

The team of 400 influencers, including Kendall Jenner, Bella Hadid, and Emily Ratajkowski, started posting about the Fyre Festival on their social media accounts, and the fest immediately began trending. 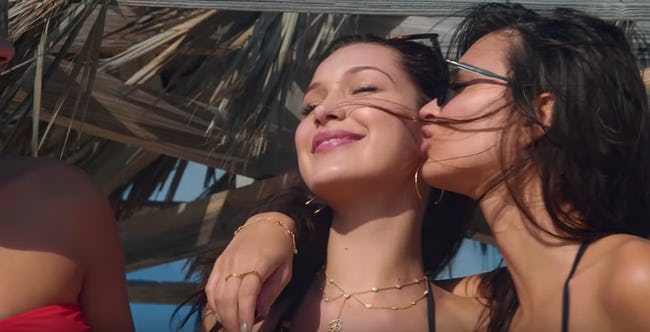 A flashy promotional video hyping the Fyre Fest debuted, promising a once-in-a-lifetime luxury experience with influencers and musical acts, all in paradise. It depicted models frolicking on the beach and people snorkeling in clear Caribbean water…none of which would actually come to fruition.

Even the video was a lie – McFarland brought models to an island known as Norman’s Cay (not the actual location of the festival) and had a crew film them having a grand time, acknowledging even then that the video did not represent what would happen at the festival. McFarland and Ja Rule were even caught on a recording calling the event “a millennial’s pipe dream.”

McFarland also paid Kendall Jenner $250,000 to post about the event – a fact she failed to disclose to her millions of followers who began buzzing about #FYREFESTIVAL 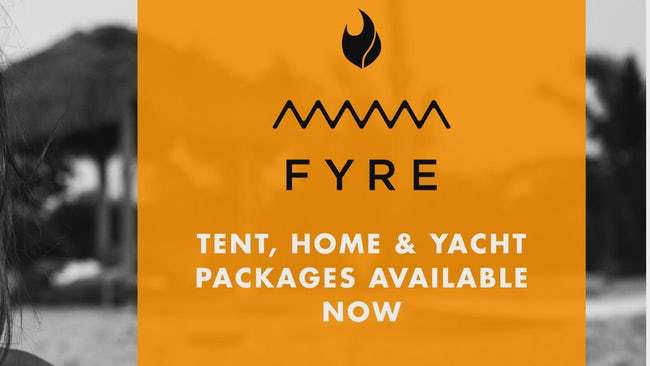 The same month, McFarland began selling tickets to the event, with the least expensive day ticket costing $500. Guests could choose between a bungalow-style tent, a private house, or a luxury ship, which ranged in cost up to $250,000. In reality, almost no lodging arrangements existed on the island.

The entire festival sold out even as organizers knew the island was uninhabitable and sleeping outdoors wouldn’t be feasible because of the heat, noise, and mosquitoes. There was no running water, no drinking water, and no toilets. McFarland, though, ignored the concerns and cut ties with any crew members who raised them.

Meanwhile, venture capitalist Calvin Wells grew suspicious and began doing research by contacting booking agents for the supposed talent. He learned that none of the artists had been paid, none of them were confirmed, and basically the entire thing was a smokescreen. 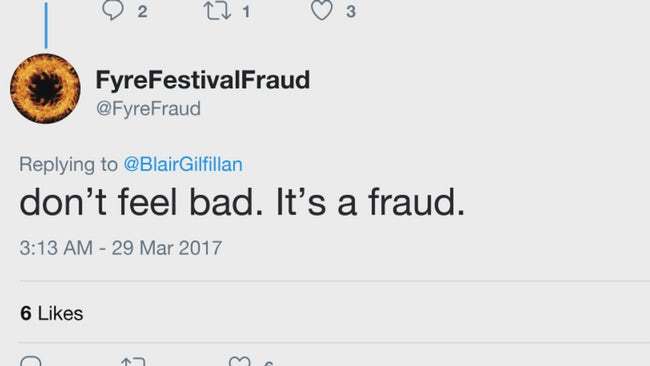 He tried his best to dissuade people from attending, creating @FyreFraud and trying to educate people with his findings.

Despite the warning signs, influencers and attendees arrived in the Bahamas to find that nothing was set up the way they expected – or in any kind of livable way. FEMA disaster tents that contained soaked mattresses were supposed to be their lodgings. Instead of the luxury villas and gourmet menus the festival attendees paid thousands of dollars for, they received wet tents and styrofoam boxes containing cheese sandwiches and a small salad. 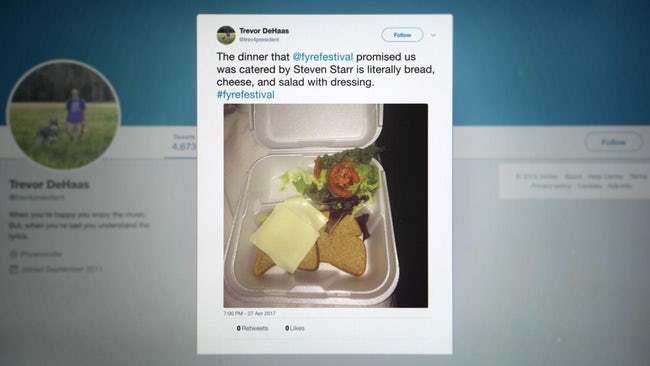 It was a disaster zone. The buses full of attendees kept coming but the tents – such as they were – were taken. Guests were locked in the airport lobby overnight without food or water as they waited for a flight back home. 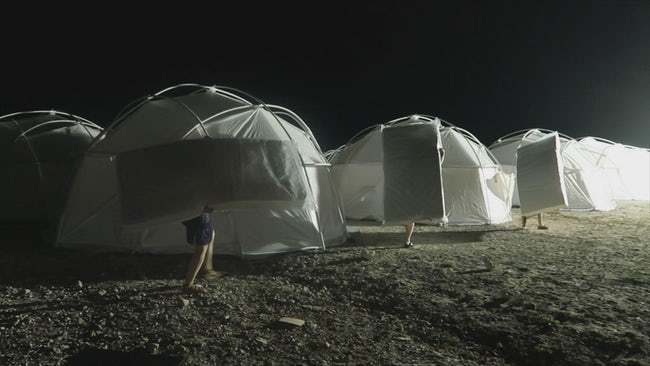 McFarland had lied to his backers and investors about the success of the Fyre app, claiming they’d made millions when $60k was actually closer to the truth. A FBI investigation led to his arrest for wire fraud. 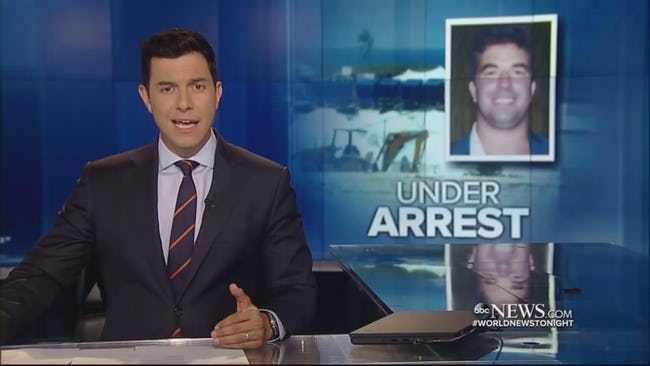 He was out on $300k bail and up to his old tricks, using the Festival email list to swindle more money from the attendees. Using a different name – NYC VIP Access – he sold tickets to the Met Gala, Burning Man, and Taylor Swift. All of the offers were bogus and led to a second arrest, this time for fraud, money laundering, identity theft, and witness intimidation.

Billy McFarland was convicted and sentenced to 6 years in federal prison, as well as being permanently banned from holding any corporate officer or director positions. The judge in the case believed McFarland wasn’t interested in rehabilitation, stating he “is a fraudster and not simply a misguided young man.” 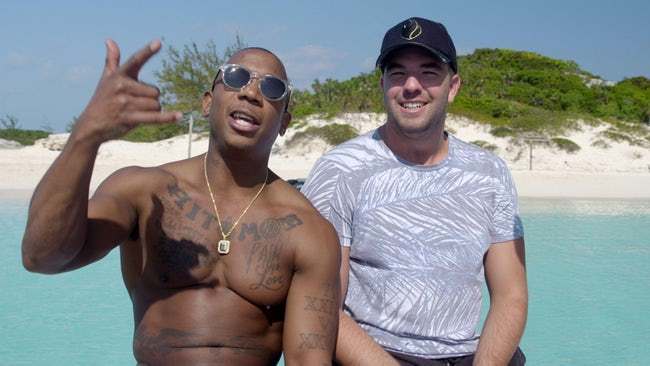 Some of the influencers are also being called out for not sharing that they were being paid in exchange for their promotion, and Ja Rule is facing a $100 million class-action lawsuit.

The debacle isn’t over for the models paid to promote the event in the Bahamas, even though they claim to have no idea what was happening behind the scenes. A judge has signed off on subpoenas for two large agencies and on the 25th, trustee Gregory Messer asked for additional subpoenas for some of the influencers who posted about the event.

Jerry Media, who advertised the event despite evidence that the concert would not be delivering what they promised, is also under fire. Other groups, including DNA Model Managment, Soulja Boy, Waka Flocka Flame, Creative Artists Agency, and United Talent Agency are all also in danger of receiving subpoenas.

The bottom line is that people aren’t stopping until they get to the bottom of $5.3 million in payments that went out to various people and entities in order to promote the scam.

The story is far from over, so stay tuned – and make sure to trust your spidey-senses when it comes to internet scams, even if people you think you can trust are promoting them.