Is It a Good Idea to Tell Off Your Boss? An Employee Shared His Story.

We all walk a fine line sometimes between keeping our mouths shut to leave feathers unruffled and advocating for ourselves when we deserve to – and it can be hard to figure out which you should do when, especially when you’re young.

This kid is 19 and has been working for the same place since he was 16, mostly doing cleaning duties but also occasionally working in a cafe.

He’s been furloughed during the pandemic because the place has been closed, but since he’s unhappy at home, he’s taken a couple of other jobs to make sure he can stay out of their house.

So some background is needed here; I’m 19M and have worked at the leisure centre in my town since I was 16. It has a gym, a pool, a function room/hall and a café. Up until recently my job was cleaning the gym and hall and working in/cleaning the café, but obviously it’s been closed for a while and I’ve been on furlough.

Thing is my parents’ house is very toxic and it reached a point where I had to get out, which I couldn’t afford to do on furlough alone. I took on two new cleaning jobs to cover my living expenses.

Now his original place of employment is opening, his university is going back to in-person, and he’s realized that he can’t keep all of his previous hours along with the new ones and school.

He’s still returning to his employer who paid his furlough, but spoke to one manager about not wanting to work any hours in the cafe because he’s worried about balancing it all.

The leisure centre opened again last week, all apart from the café part, and I realised just how much I’d be juggling now between work and uni. Since the two new jobs pay significantly better than this one, but I can use all the extra hours I can squeeze in, I elected to stop working in the café when it reopens because I think those hours will tip it over into “too many” territory.

I told this to one of the two café managers and she said that’s fine.

There was a communication issue, though, and when he informed a second manager that his change in duties/hours had already been approved, the trouble began.

So, the issue; this morning the other café manager messaged me about reopening and stuff and asking if I’m okay to work the same hours I was before.

I replied saying: “Sorry I think there’s been some missed communication. I told [other manager] I won’t be working the café any more as I’ve got two other jobs now and it’s just too many hours”.

She was rude and he snapped back, telling her that she’s the boss and the one in charge of finding his replacement.

The comment set her off further, leaving OP worried that he might lose his job or cause more trouble than he really wants to deal with going forward.

She began complaining to me that the café is short staffed as is and they don’t have another cleaner on hand to do it. At one point in my life I’d have folded and said I’d do it but I’m trying to be better about advocating for myself so I said “I’m sorry about the inconvenience but I had my notice okayed and sorting a replacement isn’t my problem.”

She then got upset and called me rude and insolent and said she’s going to report me to the overall GM of the place for my conduct.

I’m really being to panic that I’m going to get into big trouble for this and if I could’ve handled this better?

AITA for what I said?

You know, with the kid.

Most people are siding with OP, because the manager needs to her job and not whine about it. 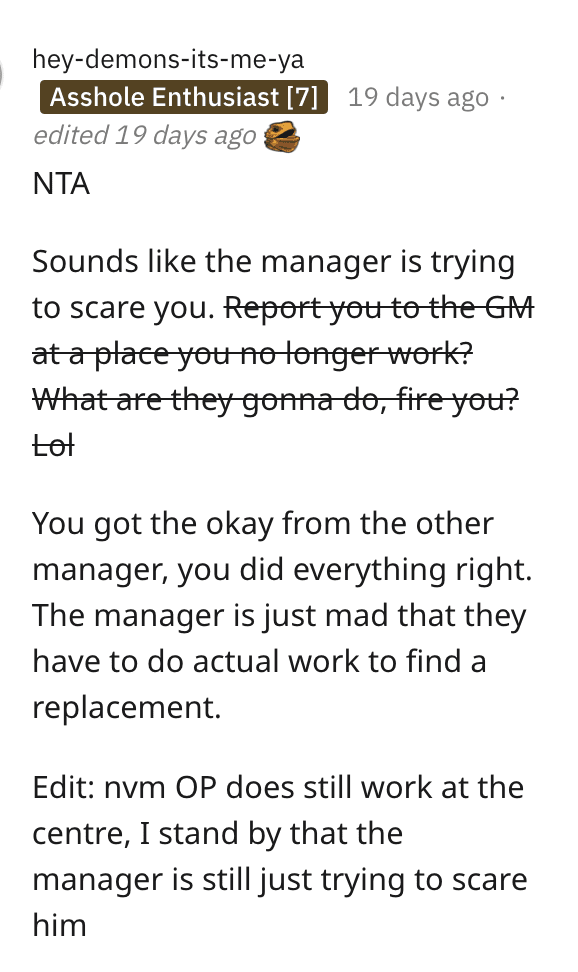 And we’re applauding him for standing up for himself – that’s a hard hurdle to clear for many. 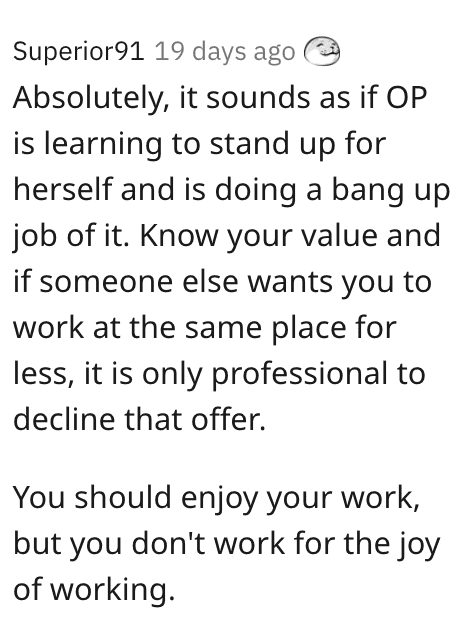 Pats on the back all the way around. 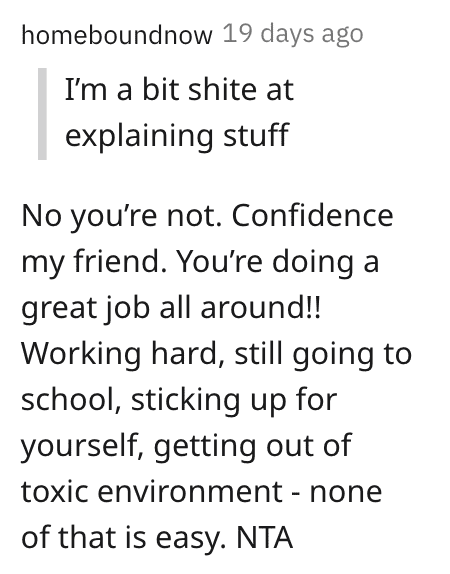 She’s probably not going to fire him. For reasons. 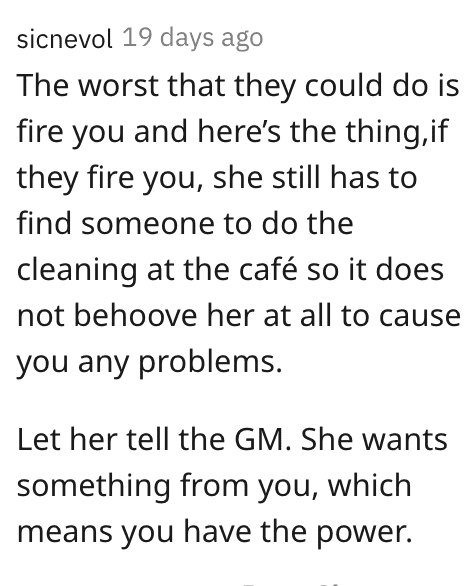 This whole thing has been a learning experience for all of us. 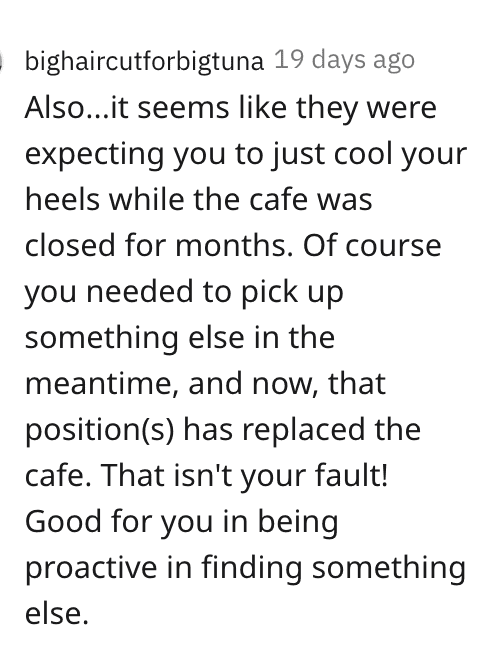 I’m so proud of this kid and I’ve never met him – if he needs a bonus mama, he knows where to go.

What are your thoughts? Our comments are open!