This story is such a cluster I can’t believe the people involved have the brain power to hold down a job at all, nevermind find themselves in senior management positions.

It begins innocently enough, with an older woman buying some home gym equipment to keep up with her fitness during the pandemic. 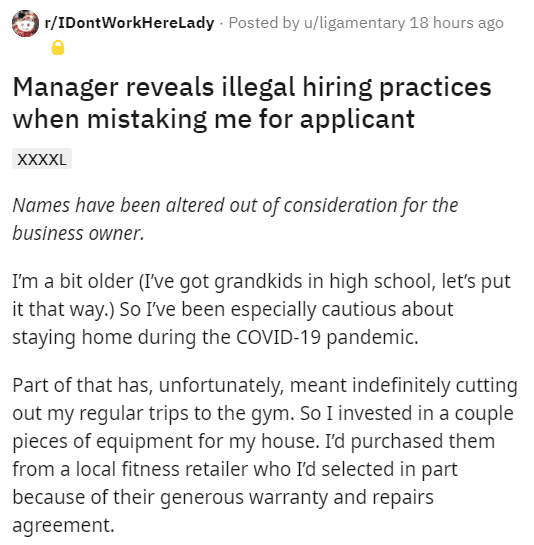 She purchased it from a local shop, and when she needed repairs, ran into trouble. 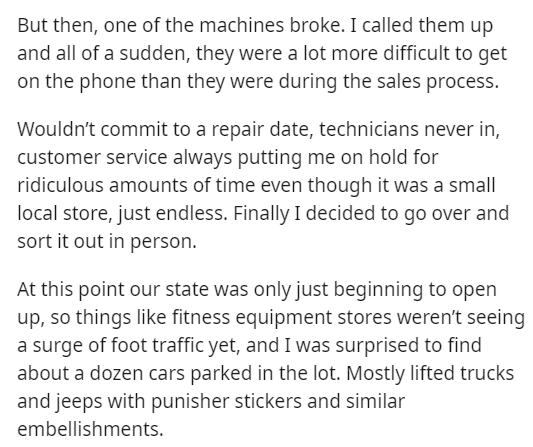 She went down to the store to get a repair appointment scheduled and found herself milling among a bunch of other people – all men – who she assumed were there for the same reason. 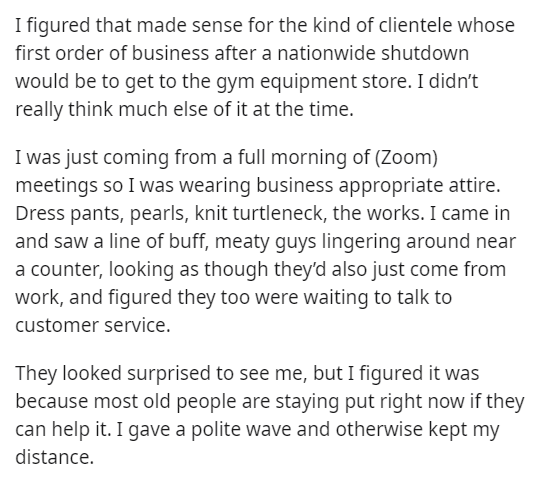 Everyone seemed surprised she was there for some reason but she brushed it off, assuming all of the different practices had something to do with covid procedures. 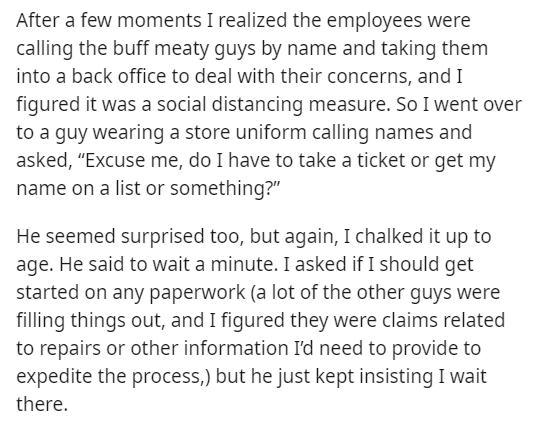 Finally someone who worked at the store approached her, also confused why she was there, but took her into the back anyway. 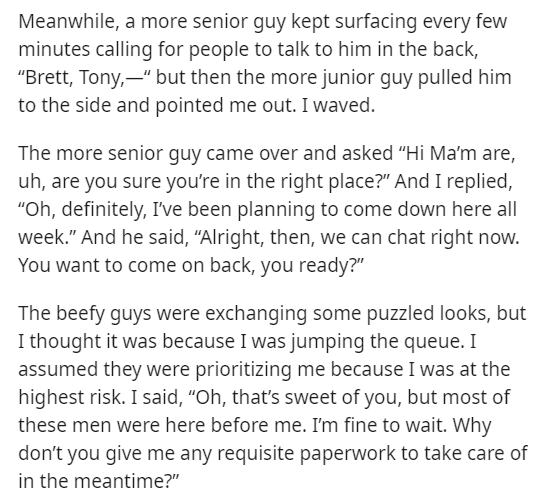 In the back, she was seated in front of two men who asked what her level of experience was with gym equipment. 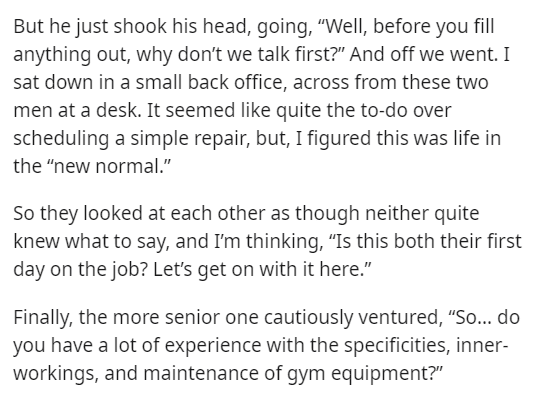 Then, they asked how old she was. 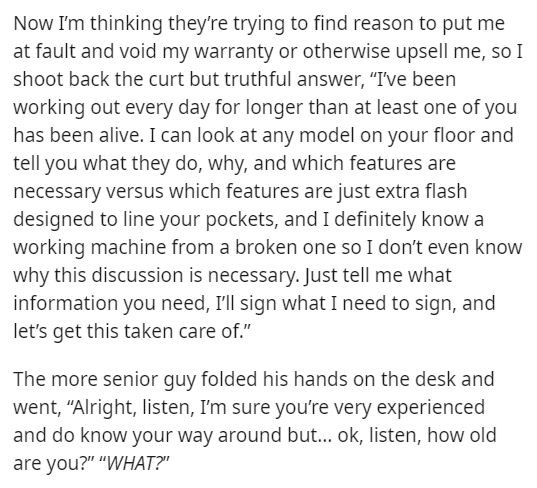 She starts to figure out somewhere in the middle of a tirade about how they have no right to ask her that she’s stumbled into a job interview.

Which is when they say something rude about her being a woman. 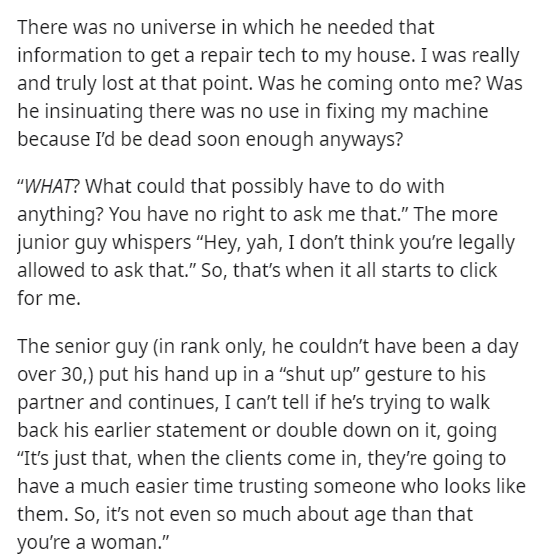 She informs them it’s illegal to ask applicants about age and/or discriminate based on gender.

They do not care. 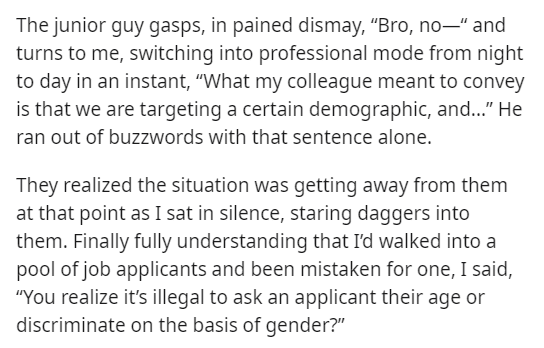 Instead, they double down.

OP now feels that it’s her duty to handle this for all of her similarly aged friends who ARE actually looking for work. 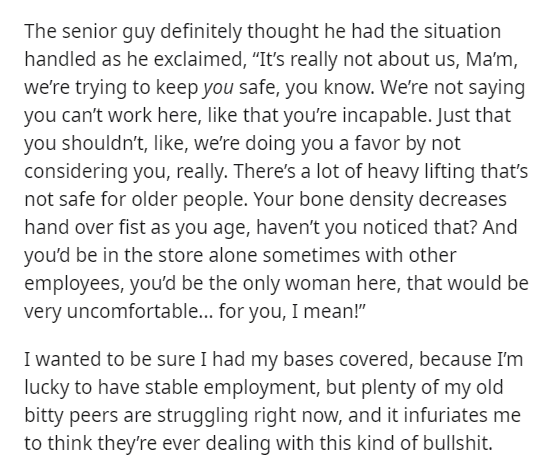 When they refused to even give her an application, she took their names and the owner’s business card and promised to be in touch. 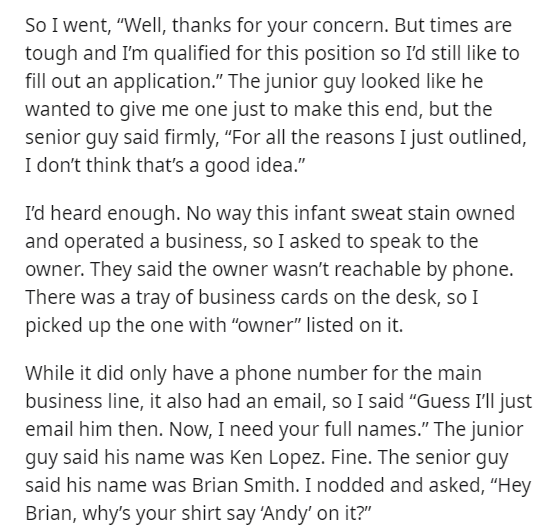 She gave them one last chance to walk it all back. 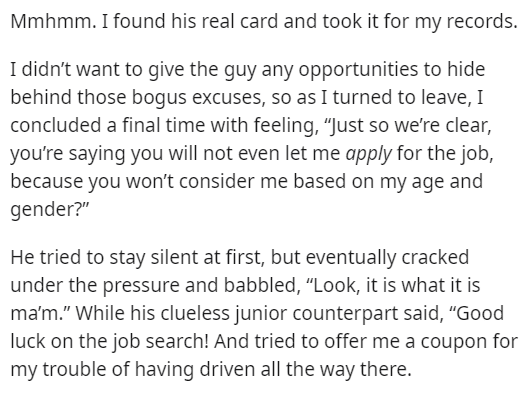 She spoke with the owner, got her things repaired, and learned that the worst of the two offenders had gotten the boot. 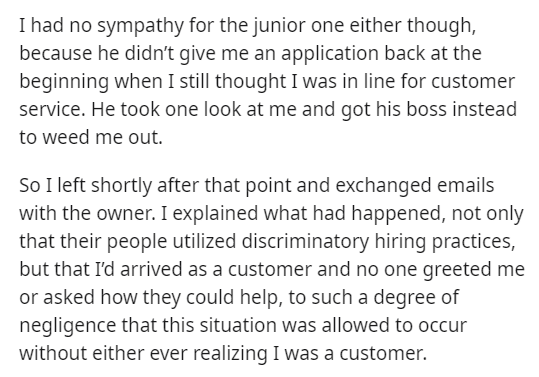 And get this – the owner of the shop is a woman. 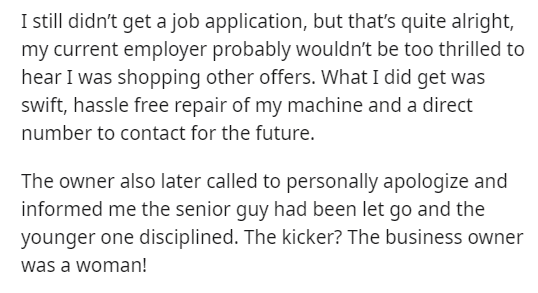 Are you slow-clapping right now, too? Tell me what your reaction was to this story down in the comments!