Man Looks Like a Disney Prince After Losing 70 Lbs

A lot of us struggle with our weight, and it’s so easy to get discouraged along that journey. I find, however, that it always helps to see someone else whose hard work and persistence paid off with an incredible transformation!

For 26-year-old Connecticut resident Jeffrey Kendall, the inspiration to get fit came while he was taking care of his mother. 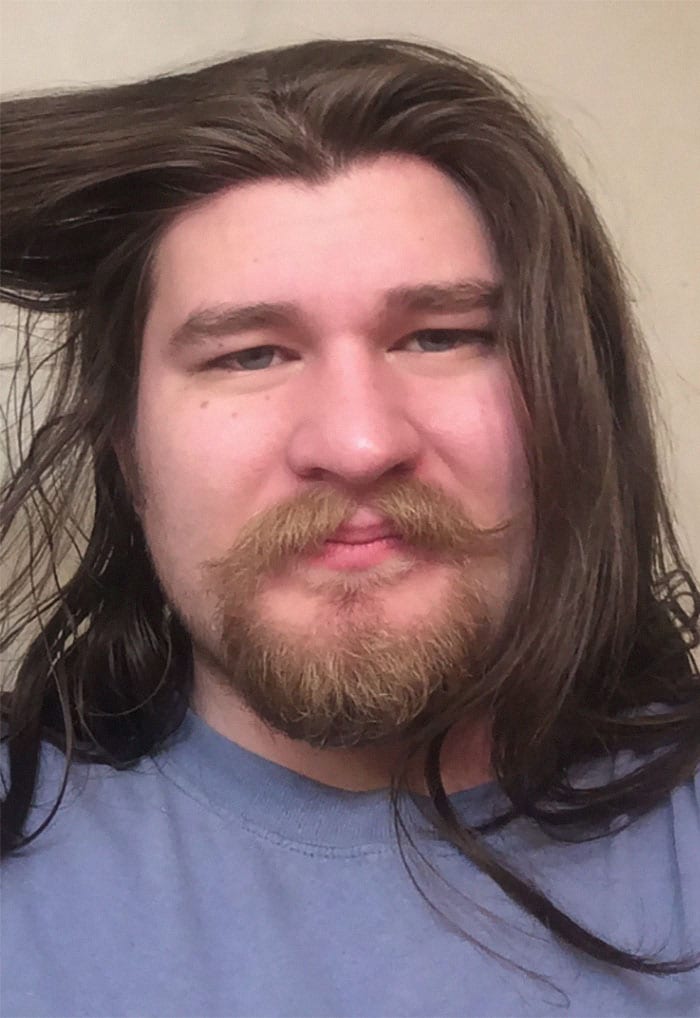 Jeff’s mom had suffered a brain aneurysm on July 4, 2015. In an interview with Love What Matters, he explained, “She was in a coma and rehab hospitals for 7 months until they deemed she had plateaued and was to be released since insurance would no longer cover her.”

“I was an overweight youth, I was bullied growing up. I’ve lived my life with body-image and confidence issues.”

Seeing everything his mother was going through gave Jeff a lot of perspective on “a world of self-pity and pain.” Coincidentally, a close friend who’d just gone through a painful breakup was starting an exercise regimen as a way to feel better and needed a workout buddy.

They started out with a light barbell workout and some daily pushups. 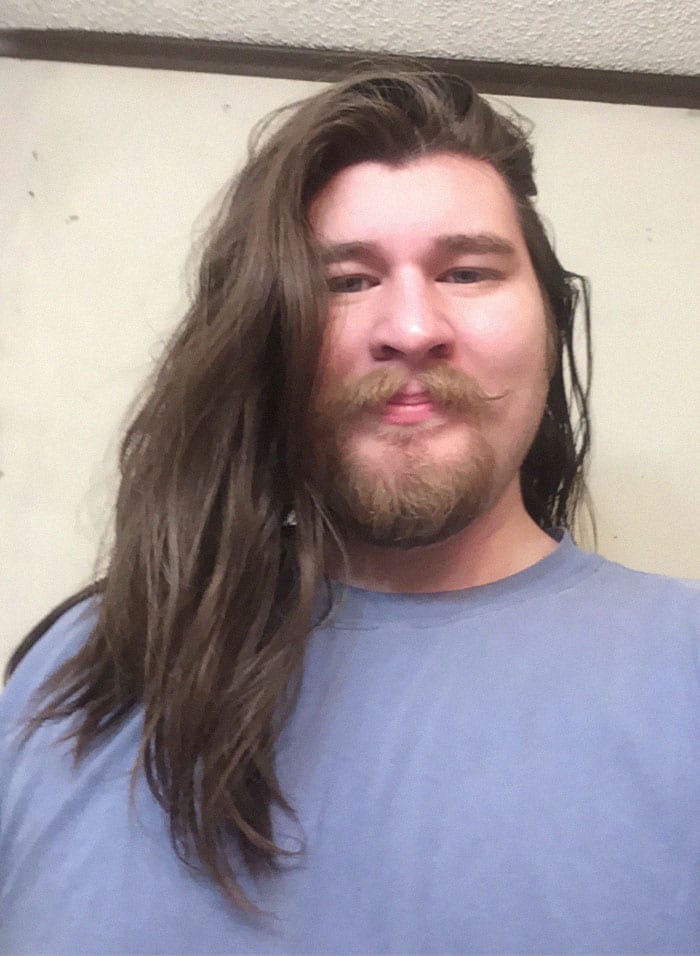 Eventually, he started waking up earlier and going for walks. As he got fitter, that turned into jogs and sprints. After nearly two years of dedication to his healthy lifestyle, Jeff lost 70 pounds!

Talk about a transformation! That is one handsome fella. 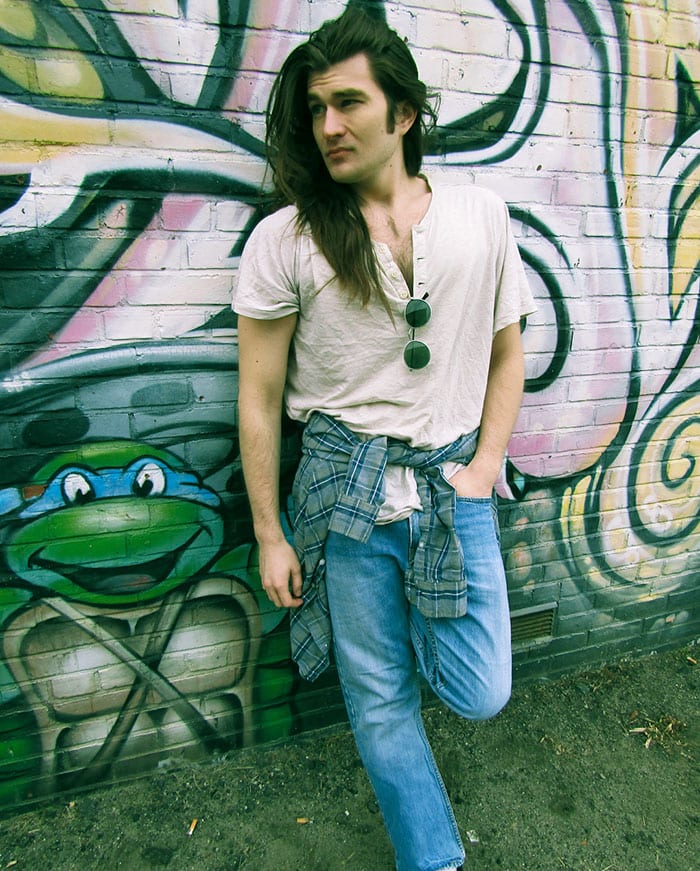 Not that he wasn’t already a pretty handsome guy, but he’s got model good looks now. 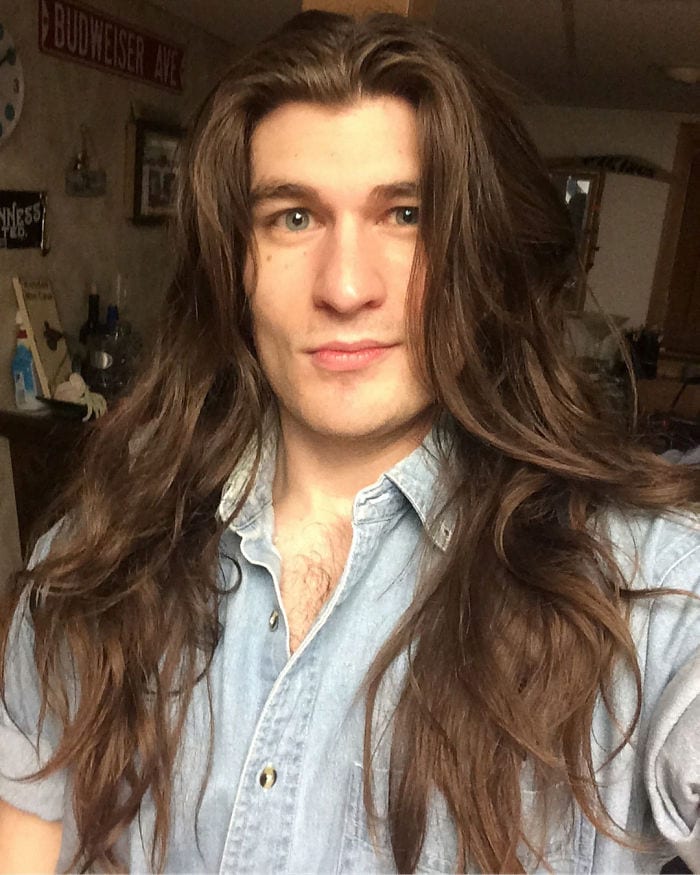 Selfie game is strong too! 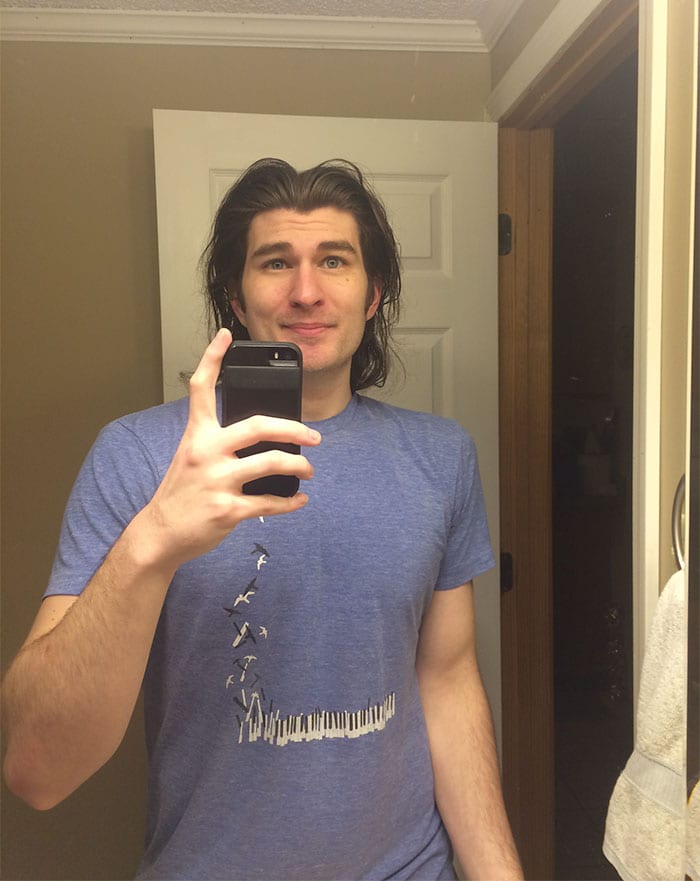 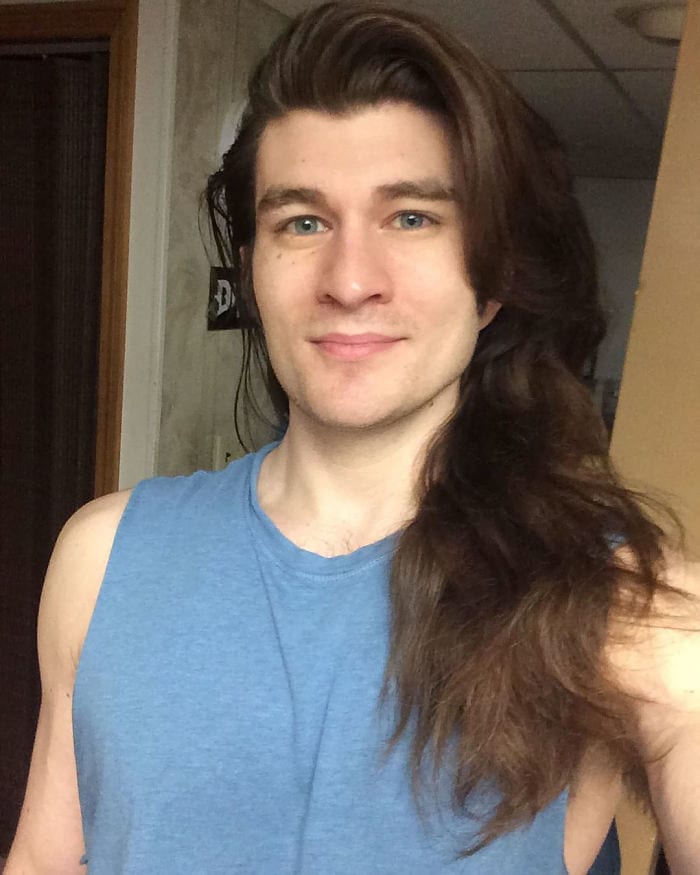 … But then you get tickets to the gun show. 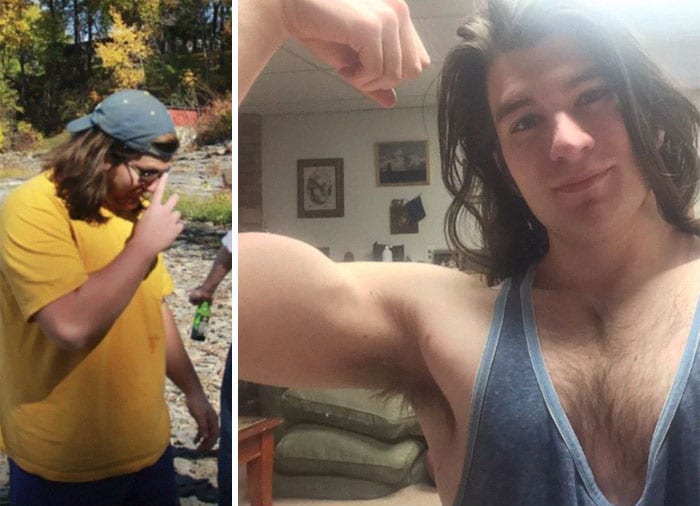 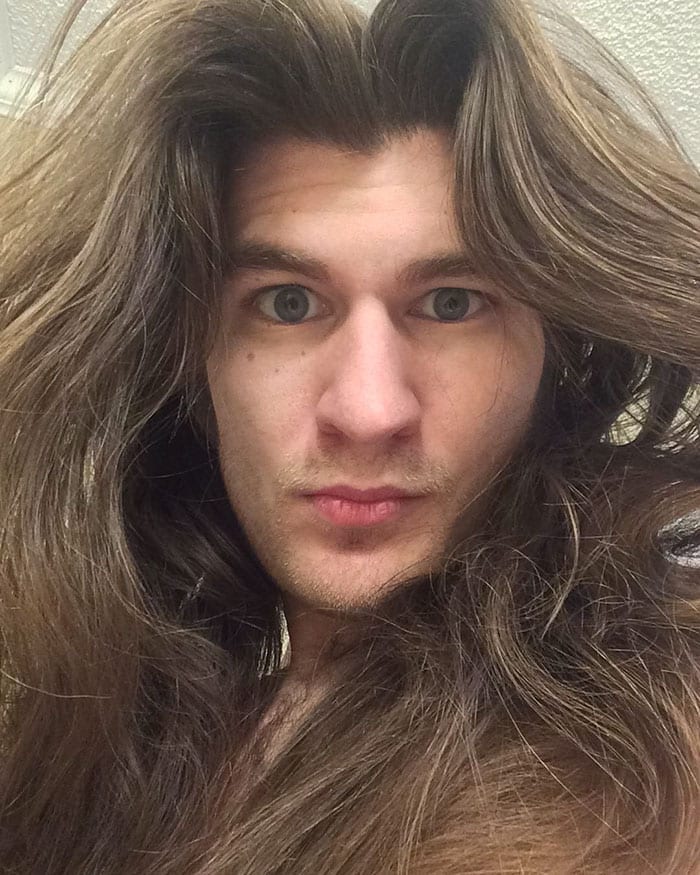 Naturally, it wasn’t long before the comparisons to Disney princes started rolling in, especially Prince Adam from Beauty and the Beast. 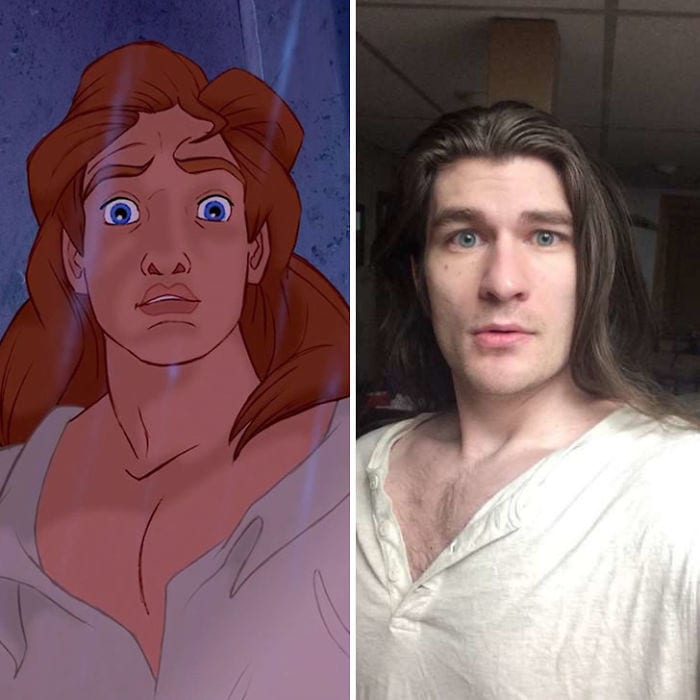 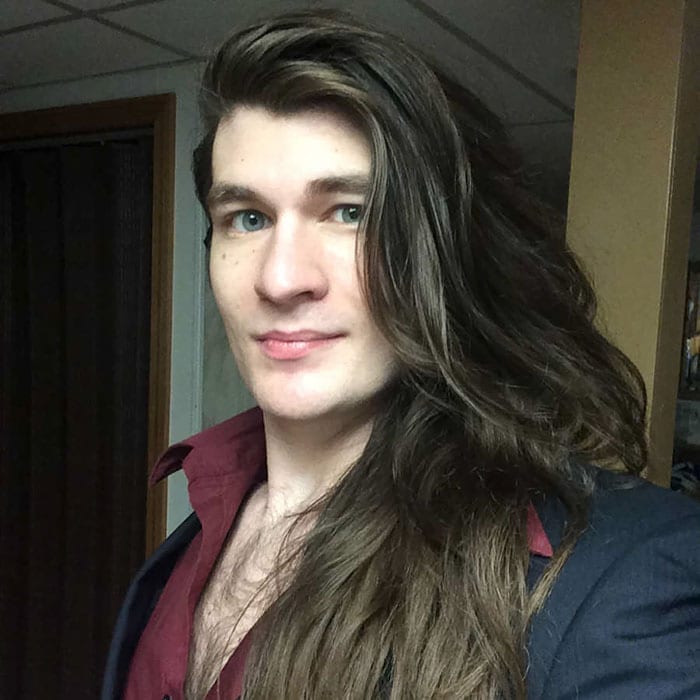 Since first sharing his progress on Reddit, Jeff says he’s been overwhelmed by the positive response and attention he’s received. 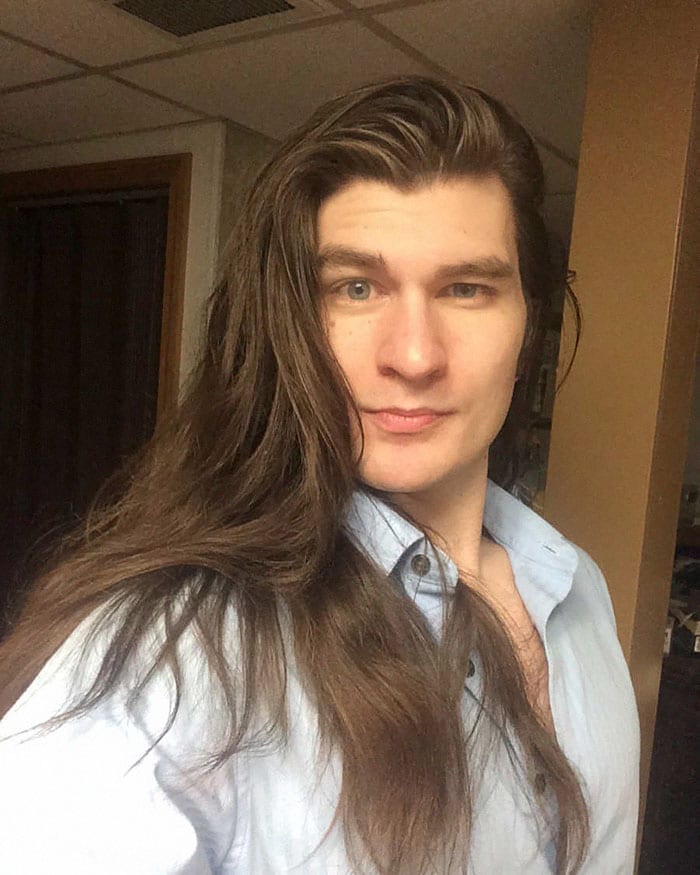 “I could barely sleep that night, it was amazing. The comments were all so uplifting and inspiring.” 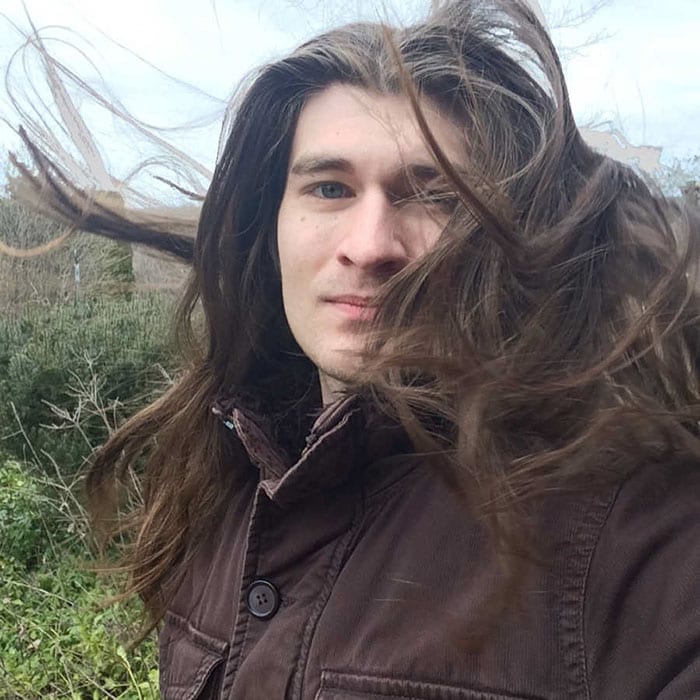 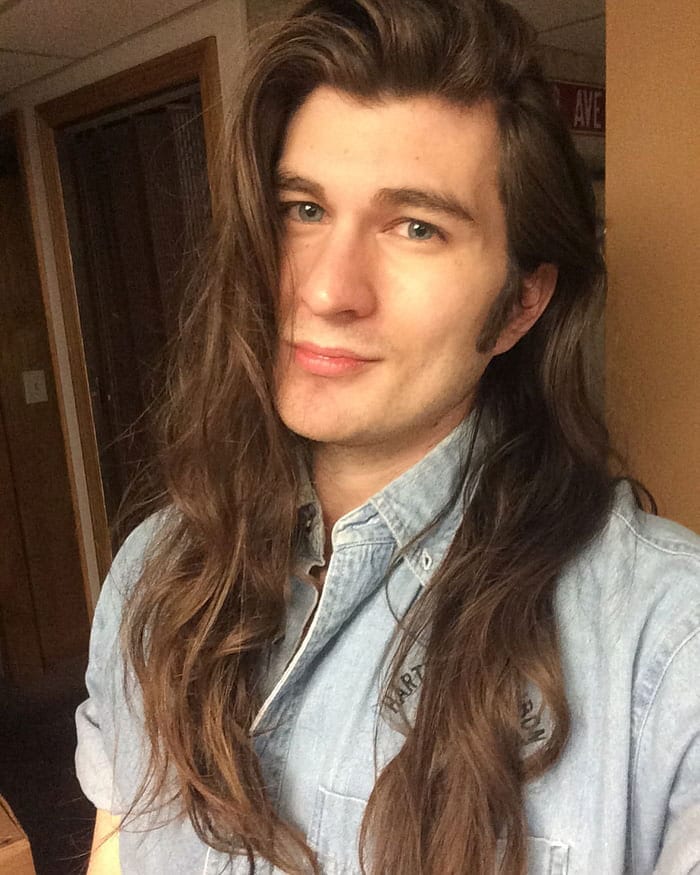 Many of the commenters online couldn’t stop fawning over his hair, and suggested he star in shampoo ads.

Perhaps what makes Jeff even more beautiful as a person is his good heart. He stepped up to take care of his ailing mother when she was ill, a decision that’s not always easy for someone in their 20s to make. Here’s hoping he has every success in life, because he definitely deserves it.

If you liked this transformation story, you may also enjoy: