One of the biggest challenges of modern parenting is keeping your kids safe from things they shouldn’t see online. While limiting screen time, setting up filters, and restricting certain channels entirely helps, the fact of the matter is that it’s an uphill battle against the endless amount of content out there. That’s why parents are always on the lookout for any new app or feature that might help them out.

But, as one mom discovered, even those aren’t foolproof. Even on YouTube Kids, which claims to provide a safe and simple place for kids to explore the world through online videos. Meridy Leeper posted about her family’s recent horrifying experience. 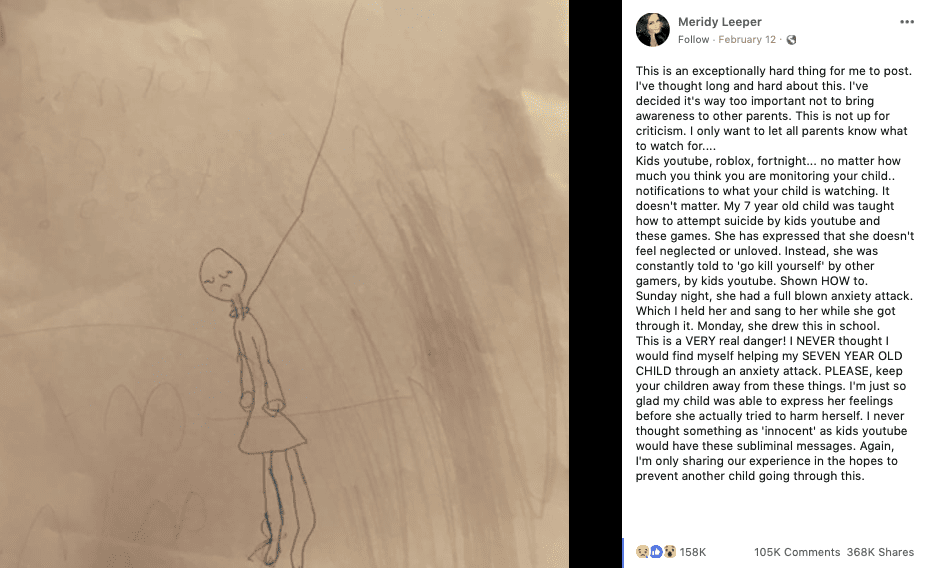 Leeper worried if she should post about the video or not, then decided against staying silent.

This is an exceptionally hard thing for me to post. I’ve thought long and hard about this. I’ve decided it’s way too important not to bring awareness to other parents. This is not up for criticism. I only want to let all parents know what to watch for….

She shares her shock at what she found on her daughter’s “safe and simple” video site.

Kids youtube, roblox, fortnight… no matter how much you think you are monitoring your child.. notifications to what your child is watching. It doesn’t matter. My 7 year old child was taught how to attempt suicide by kids youtube and these games. She has expressed that she doesn’t feel neglected or unloved. Instead, she was constantly told to ‘go kill yourself’ by other gamers, by kids youtube. Shown HOW to.

Leeper also shared a drawing of a figure in a dress, with a downturned mouth, at the end of a noose. 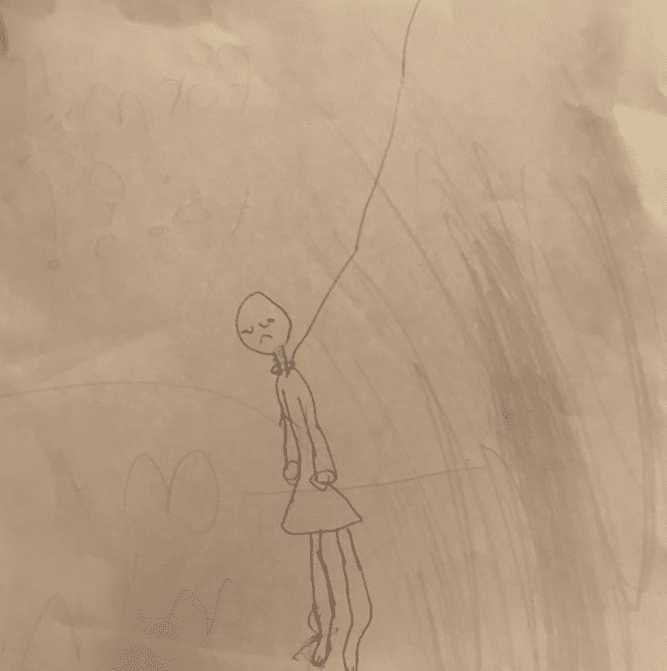 Leeper’s daughter drew it the day after she had a severe anxiety attack triggered by a video.

Sunday night, she had a full blown anxiety attack. Which I held her and sang to her while she got through it. Monday, she drew this in school.
This is a VERY real danger! I NEVER thought I would find myself helping my SEVEN YEAR OLD CHILD through an anxiety attack.

Parent to parent, Leeper writes a warning that even kid friendly websites can show harmful material.

PLEASE, keep your children away from these things. I’m just so glad my child was able to express her feelings before she actually tried to harm herself. I never thought something as ‘innocent’ as kids youtube would have these subliminal messages. Again, I’m only sharing our experience in the hopes to prevent another child going through this.

After her post was shared several hundred thousand times in less than 10 days, Leeper posted the actual video. 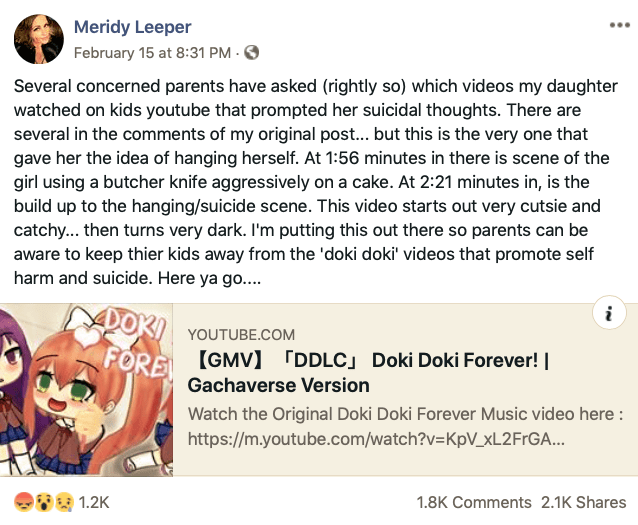 Several concerned parents have asked (rightly so) which videos my daughter watched on kids youtube that prompted her suicidal thoughts. There are several in the comments of my original post… but this is the very one that gave her the idea of hanging herself.

As she mentioned in her original post, the video looks like it’s for kids, yet contains images of violence and self-harm.

At 1:56 minutes in there is scene of the girl using a butcher knife aggressively on a cake. At 2:21 minutes in, is the build up to the hanging/suicide scene. This video starts out very cutsie and catchy… then turns very dark. I’m putting this out there so parents can be aware to keep thier kids away from the ‘doki doki’ videos that promote self harm and suicide. Here ya go….

Many commenters said the video in question is hosted on YouTube with a warning page and that parents are responsible for supervising their children’s online activity. 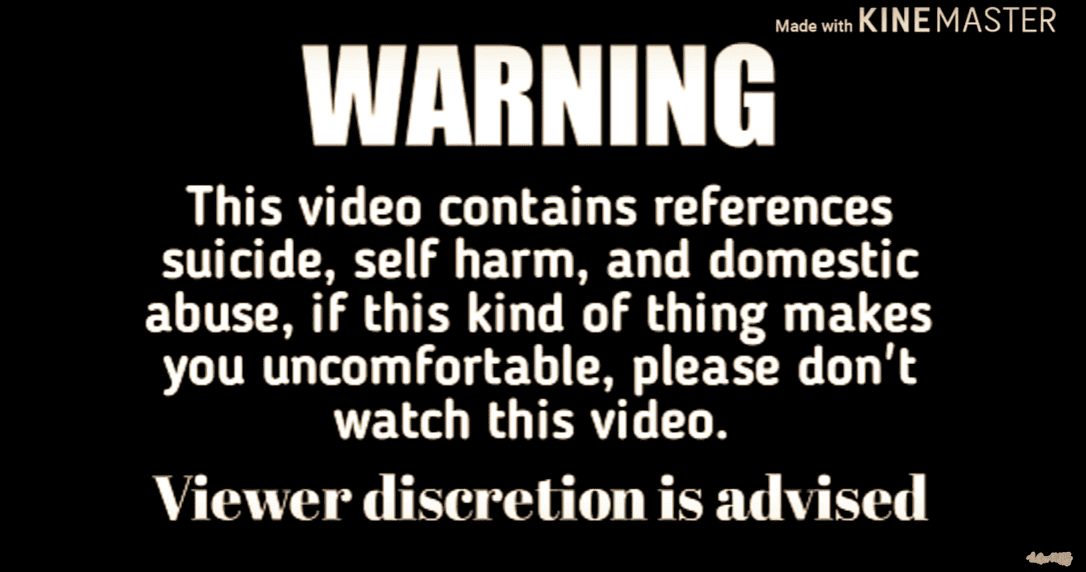 The video starts with a notice. “Warning: This video contains references suicide, self harm, and domestic abuse, if this kind of thing makes you uncomfortable, please don’t watch this video. Viewer discretion is advised.”

But can a child who sees a little cartoon girl with ribbons and hearts in her hair understand this warning? And would it keep her from watching it anyway and being exposed to violence and despair?

It looks so innocent.