Nobody Knows Why Some Marine Animals Are Swimming in Circles

If you look to science for answers and believes what they tell you (within reason), there’s a good chance you’re concerned about what climate change and rising sea levels, along with human pollution, is doing to marine life.

From fish and crustaceans to corals and marine mammals and birds, it seems that not a one is unaffected by the myriad ways the world is changing. That said, there’s comfort in explanations, and when it comes to this swimming in circles, scientists have none that are concrete.

Lead author Tomoko Narazake of the University of Tokyo says they first noticed the patterns and circles in a group of turtles they were studying for another purpose, then urged their counterparts studying other species to look for similar patterns. 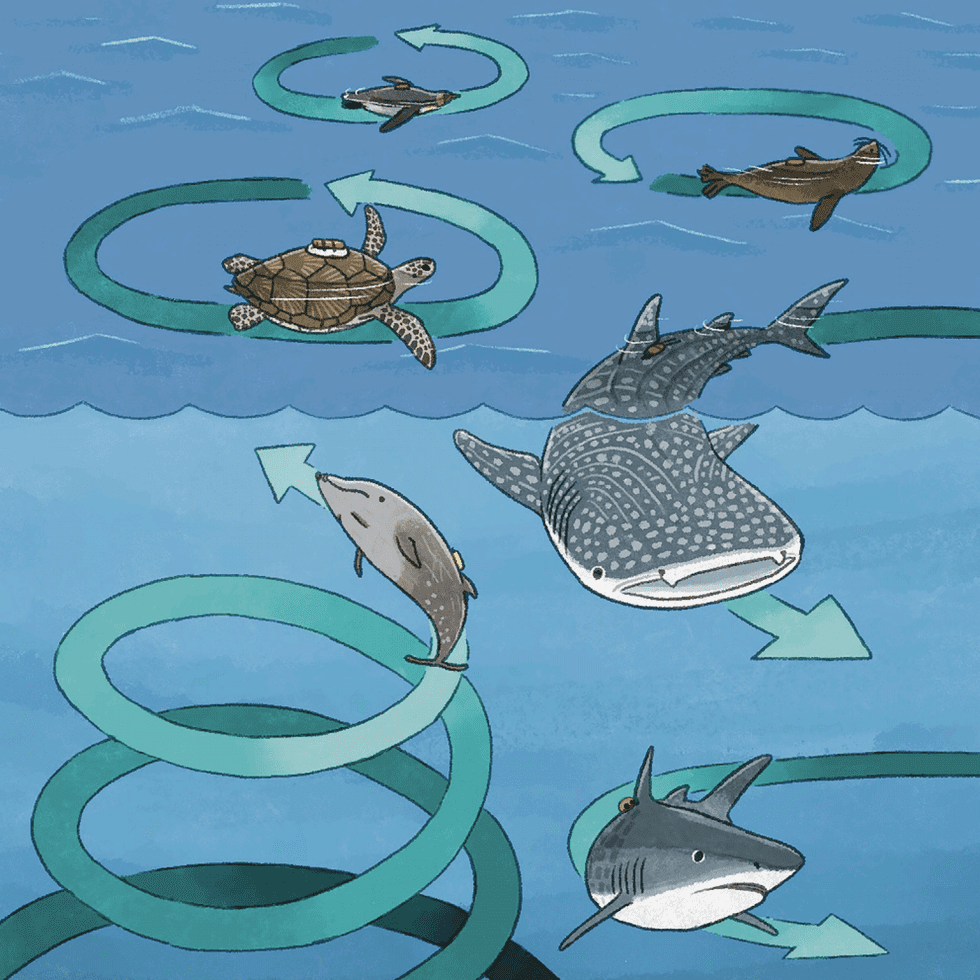 Researchers used models to map and predict the animal’s behavior. Some were based on math concepts, and another on the navigational concept of dead reckoning, but none seem to explain the reason behind the circling, though scientists like Narazaki have some theories.

The animals they studied were located in a vast space, from the Cape Verde Islands to Okinawa, and were seen foraging, swimming for home, and returning after a nesting cycle when they were seen making the circles, which ranged from a couple to dozens at a time.

With the sharks, they were found mostly during foraging. 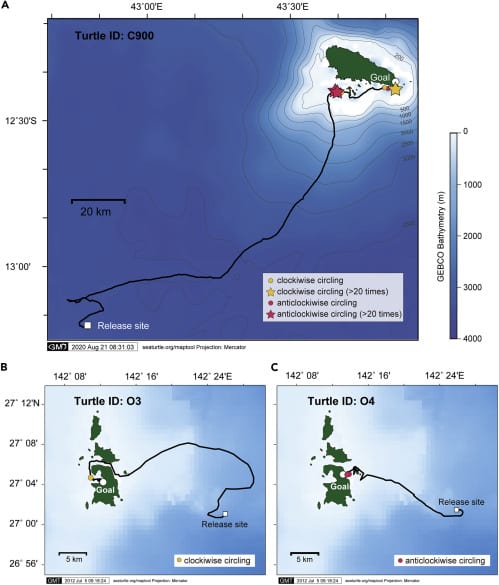 “For example, a total of 272 circling events were observed in four tiger sharks tagged off Hawaii.

There are theories that don’t including feeding and foraging behaviors, though, according to the report.

For example, a shark-mounted video showed a male tiger shark circling to approach a female for courtship.”

Also, they charted seals circling during the day, when they mostly forage at night.

Another theory is that the circling has something to do with the animals using Earth’s magnetic field to navigate.

Animals might circle to derive directional/positional cues from the geomagnetic field, especially in navigationally challenging situations.” 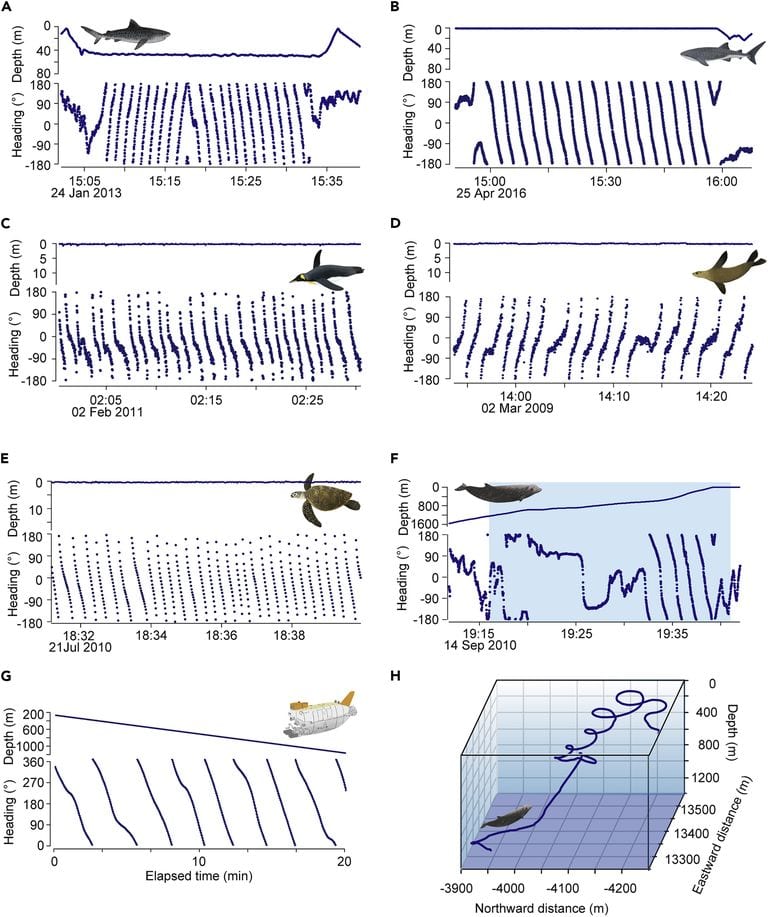 The next step is for researchers to use sensor and GPS tags to record and analyze a lot more data. Hopefully then it will be clearer why the animals are behaving the way they are.

Hopefully before whatever catastrophic event they’re foretelling comes to pass (says the novelist).