If you live in an apartment building, and your neighbors have suddenly started shrieking things like, “What in holy hell?” and “For the love of God, why did you do that?,” consider this a public service announcement: they are probably watching “Abducted in Plain Sight” on Netflix.

If you’ve already seen it yourself, then I’ll bet you already instantly understand what I mean. “Ah yes,” you say. “I, too, have cursed the Gods similarly while watching this show. It really is a complete cluster f*ck.”

If you somehow haven’t seen “Abducted in Plain Sight” yet, be warned: MAJOR spoilers ahead.

But, for real, even if you read every word on the web about “Abducted in Plain Sight” you still will not totally comprehend the f*ckery until you see it with your own eyes.

To be sure, the documentary covers a tragedy involving the kidnapping and repeated rape of a 12-year-old girl. But in no way is that fact diminished in the film. It’s the way the child’s family handled the events that is making people crazy.

Many viewers had problems empathizing with the family. It is a story about the extreme extent to which people can be manipulated – but we, as outsiders looking in, can only imagine so much external control over our own actions.

And, damn, do we fail to see how the circumstances could possibly unfold the way they did.

Our real life villain is a child molester named Robert Berchtold, who, in the 1970s, kidnapped a little girl named Jan Broberg. 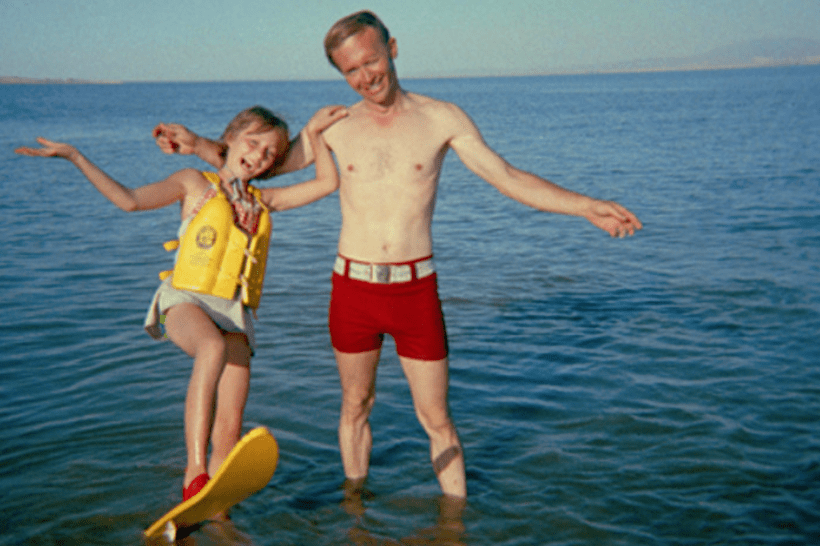 Berchtold is a monster, no doubt about it. Parents, Bob and Mary Ann, however, provide plenty of their own perverse twists to the nightmare.

Bob, who passed last November, recounts an encounter with Berchtold during a long car drive. Mary Ann’s relationship was long-term and began after the first kidnapping of Jan.

Let’s see that again: Mary Ann’s relationship was long-term and began after the first kidnapping of Jan.

Of course, it was the perfect material to use against the Brobergs to persuade them to keep quiet about what he was doing with Jan. Tell anyone and risk embarrassment.

The filmmaker, Skye Borgman, took three years to make her documentary, which screened at festivals in 2017 and 2018. Last month, Netflix started streaming the film ,which triggered new conversations around the “absolute denial” of the events by the Brobergs. 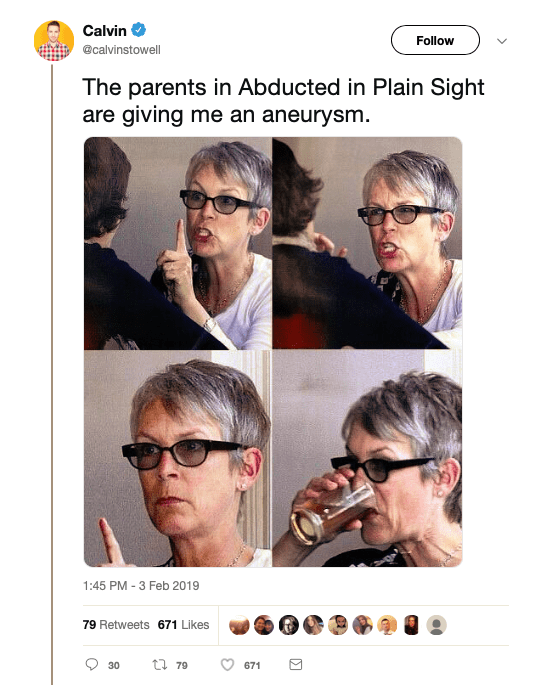 Borgman gave an interview and said although she understands the viewers’ frustrations, her feelings towards the Brobergs are mixed.

I’ve been answering a bunch of tough questions for a year and a half at screenings and Jan hasn’t really been a part of that, so I think she’s finding her voice again, knowing that the reason she did this is to start the conversation. It’s not an easy one, but she’s willing to have it, and her whole family is willing to have it. They are very brave people for saying everything that they’ve said on camera, for opening up these wounds and laying it out there for everybody to see. 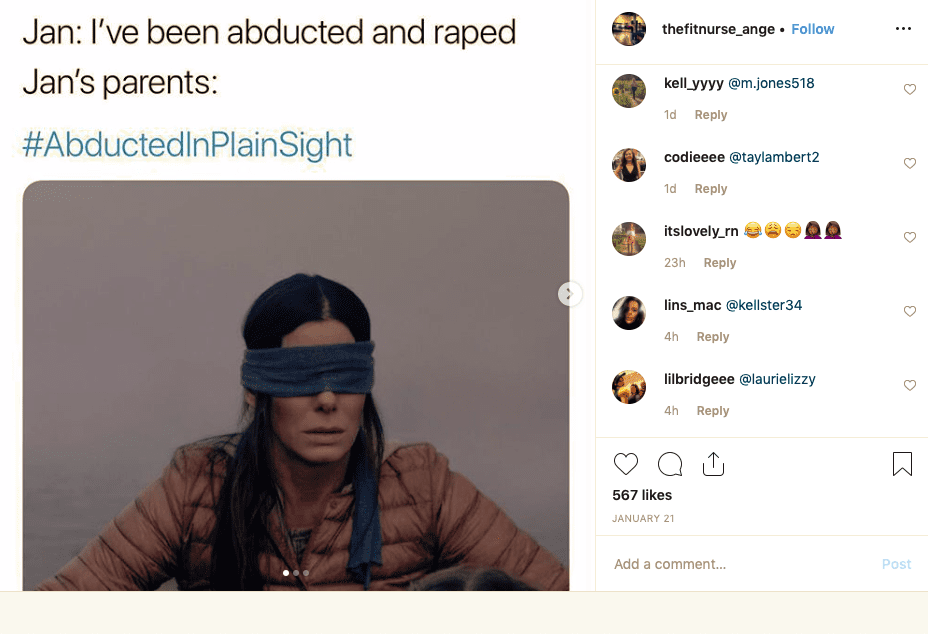 As far as the social media backlash against the family because of the documentary, Borgman has said  Mary Ann is not on social media, so she has not seen any backlash. Therefore, in her mind–put on your surprise faaaace now–there is no backlash. She’s simply telling her story because it is mildly interesting. 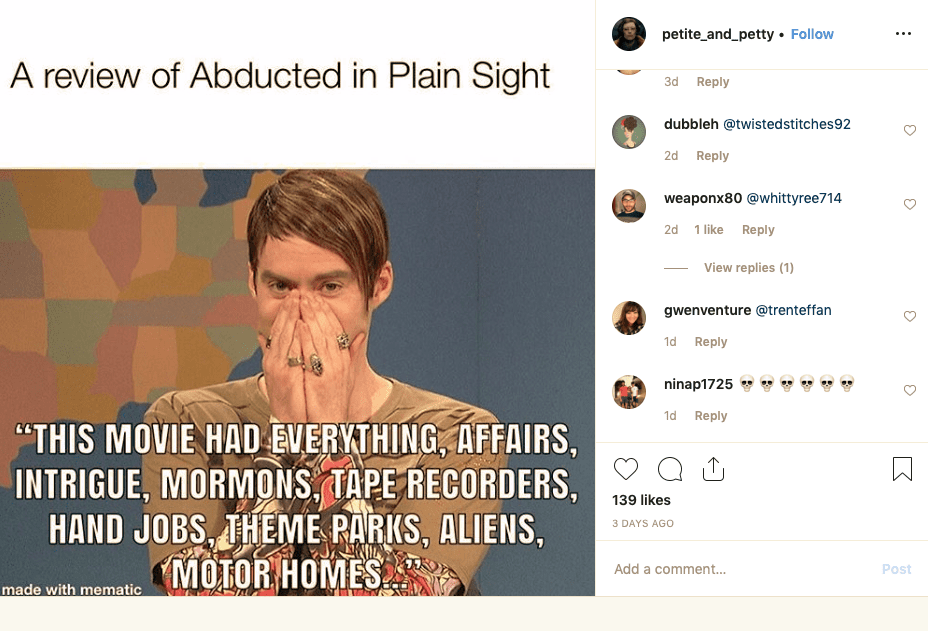 Need a stress nap from this show? Yeah, we all do.