People Talk About the Realities of Having an Open Marriage

When I used the phrase “open marriage,” in the title, you probably already have some idea of what I mean, but I was curious to find an “official” definition, and the closest I came was on wikipedia, which describes it thusly:

“Open marriage is a form of non-monogamy in which the partners of a dyadic marriage agree that each may engage in extramarital sexual relationships, without this being regarded by them as infidelity, and consider or establish an open relationship despite the implied monogamy of marriage. There are variant forms of open marriage such as swinging and polyamory, each with the partners having varying levels of input on their spouse’s activities.”

Somehow I now have more questions than I did before. And I just learned the word “dyadic.” Fun!

But beyond the clinical definition – what’s the lived experience, and why do some people choose it? Let’s take a look at these bits of anonymous input on the subject.

Be careful what you wish for. 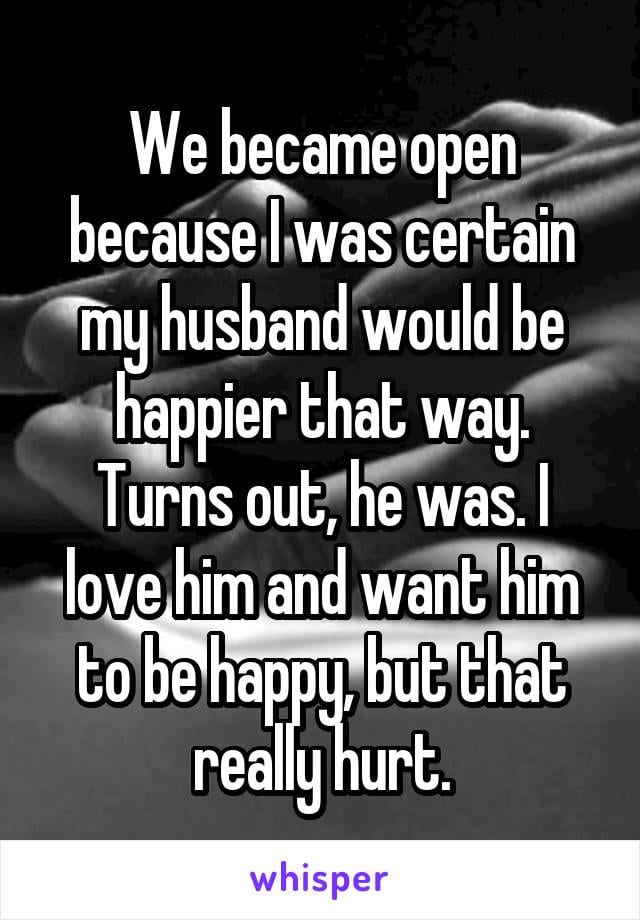 Yeah…that’s probably gonna be how it goes. 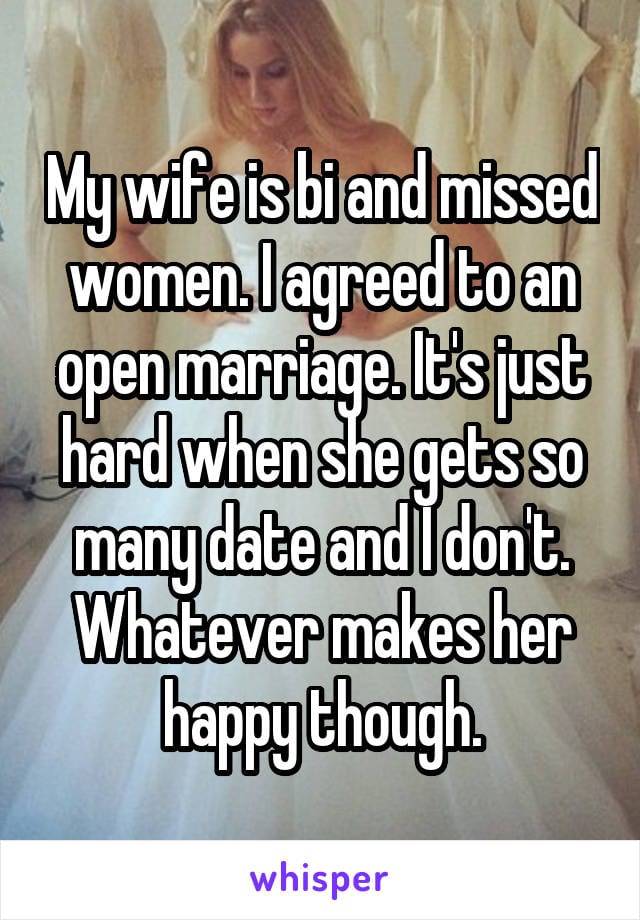 8. “He kept encouraging me to experiment”

“So much for open marriage LOL” 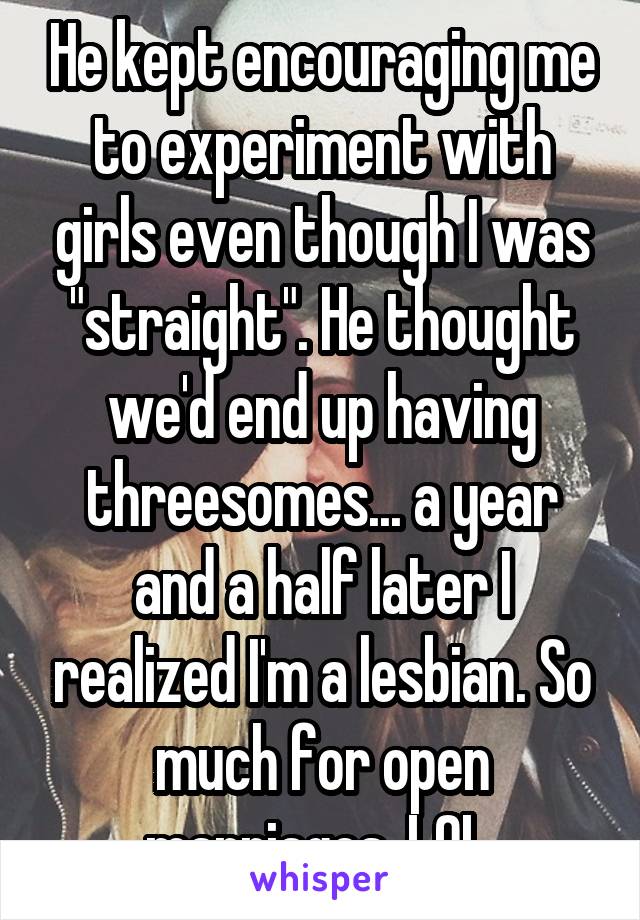 7. “Started when he cheated”

Making the best of a bad situation? 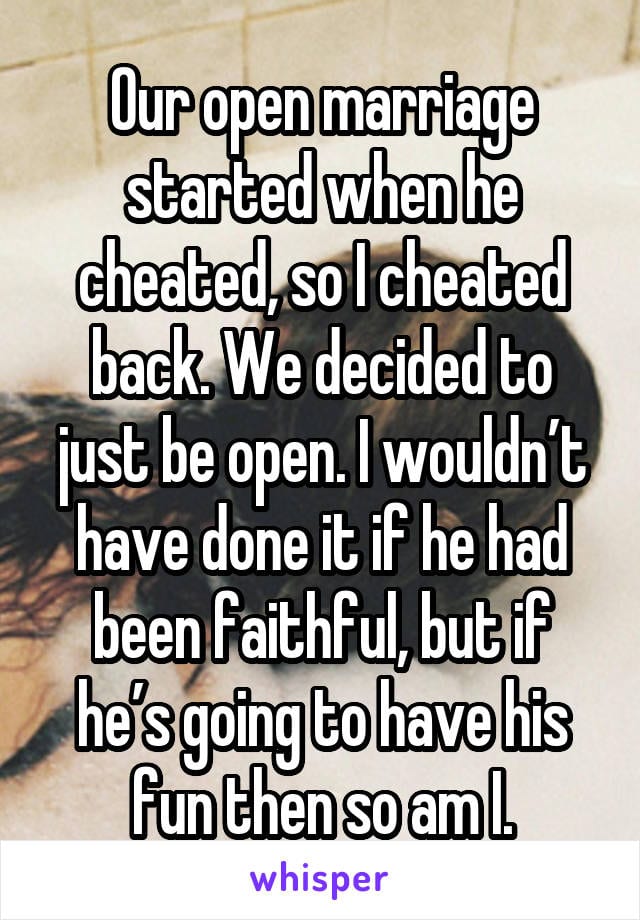 Something about grass and green and envy and neighbors and such. 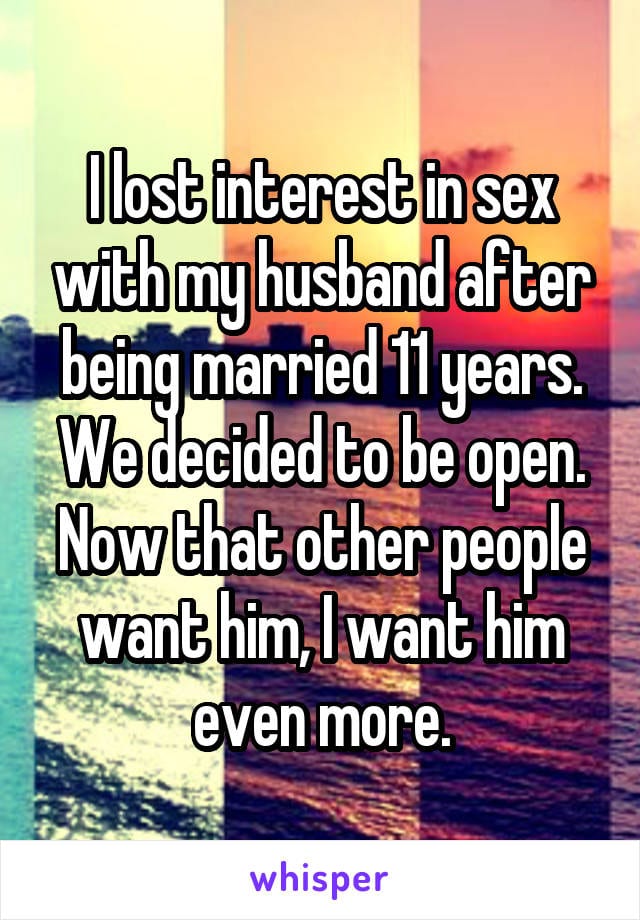 Wait wait. How did this solve the child support issue? 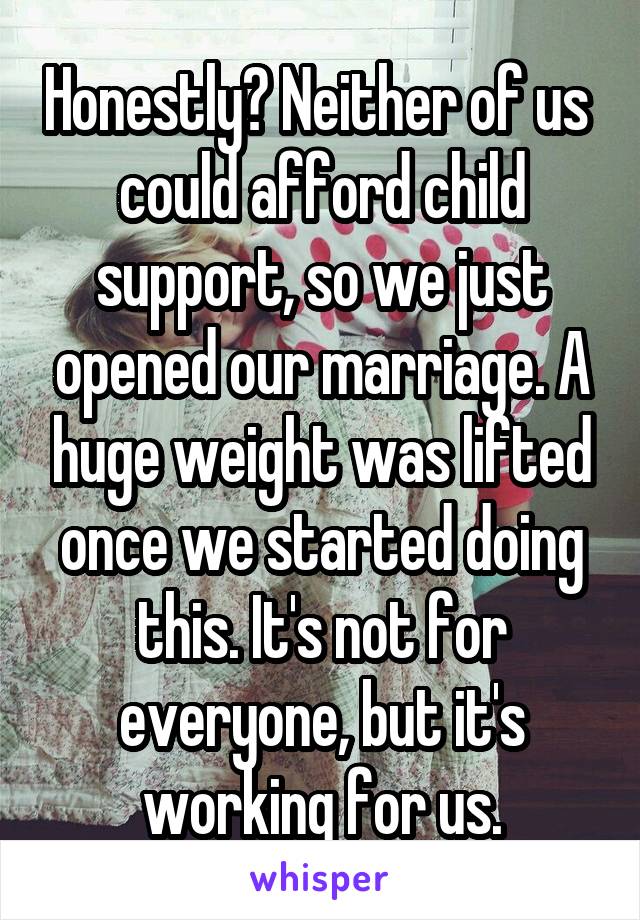 We so unnecessarily restrict ourselves sometimes. 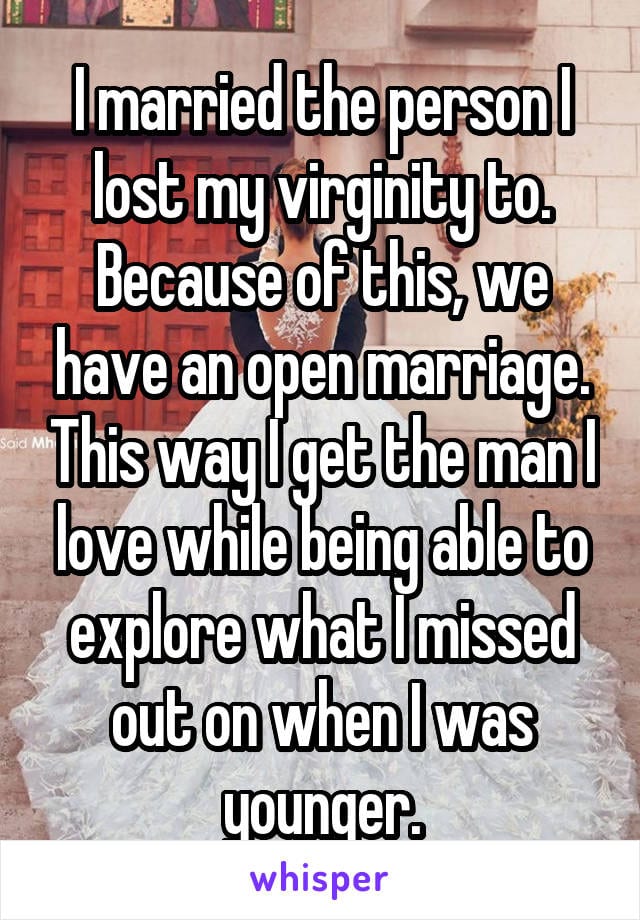 That is a major compatibility issue right there. 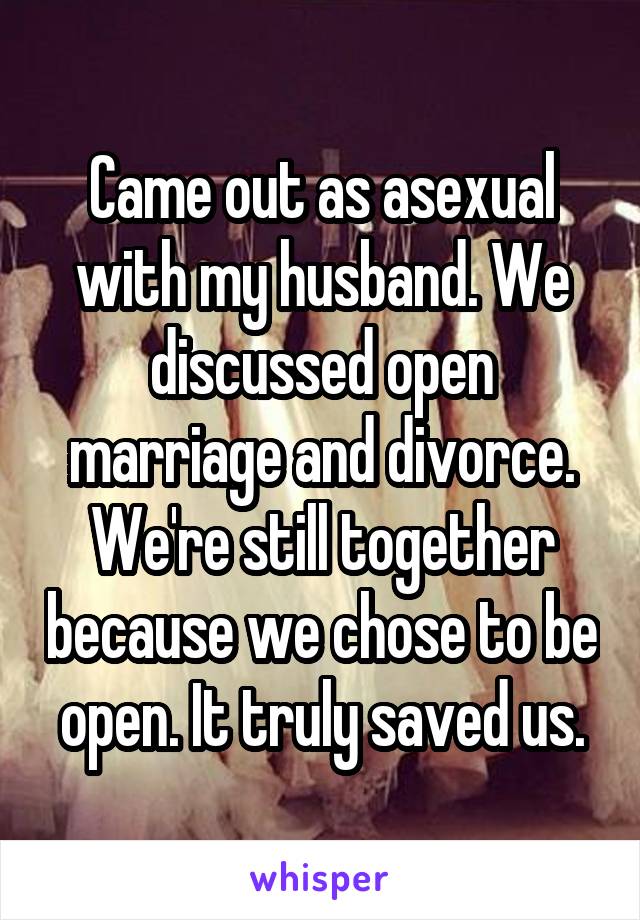 2. “Things have actually been so much better” 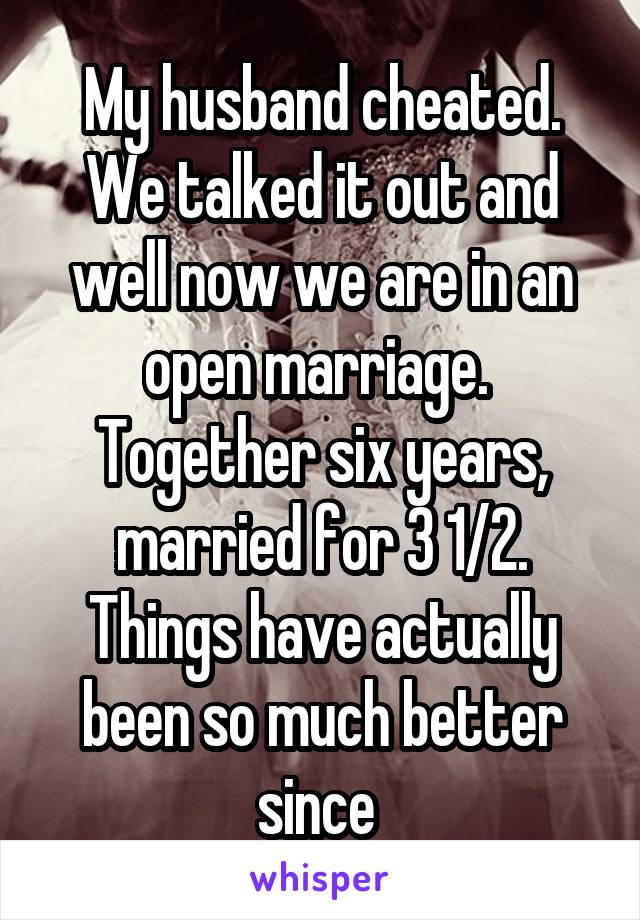 The motives will always be questioned. 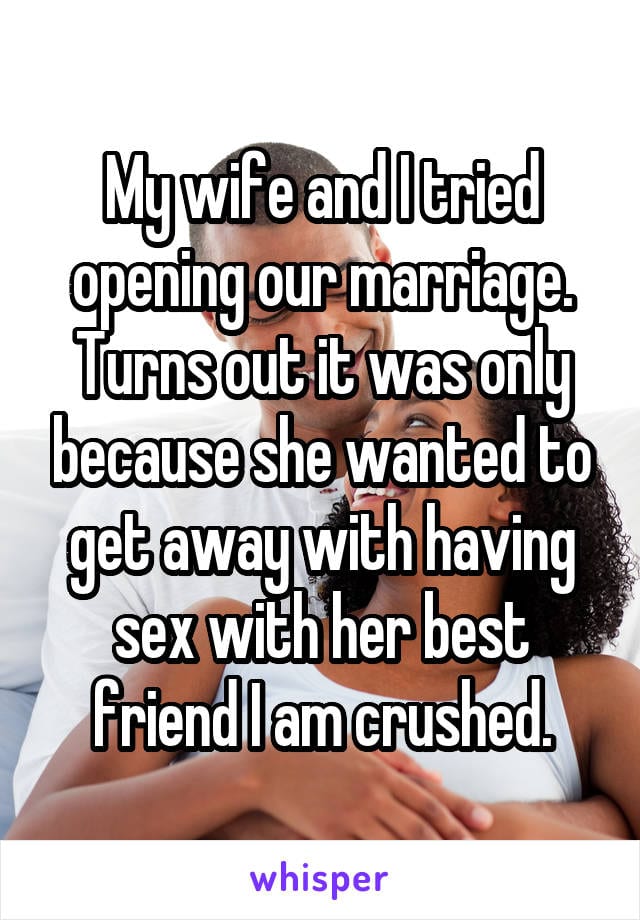 Well, there you have it. An open and shut case.

Have you ever been in a situation like this? Would you consider it?

Tell us your thoughts in the comments.