Read All About the Creepy Folklore of the Summonable, Evil Whales of Iceland

In true Tumblr fashion, this post that began about linguistics somehow took a turn in the comments, ending up a discussion on (admittedly fascinating) Icelandic folklore.

But since you clicked on this headline, you’re obviously not here for the linguistics, anyway – so, onto the evil whales, yeah?

This is how the discussion began, and if you’re a bit of a nerd like me, you probably find it fascinating enough. 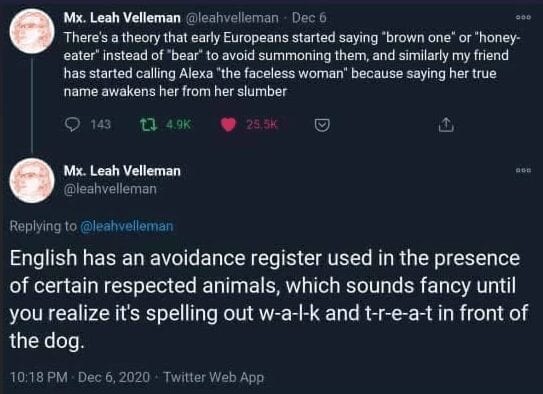 It turns out in Iceland, all avoid saying the name of the evil whales lest they be summoned and sate their hunger for human flesh.

We also learn the interesting tidbit that blue whales are like, protectors of humans.

We like them. Say their names all you want. 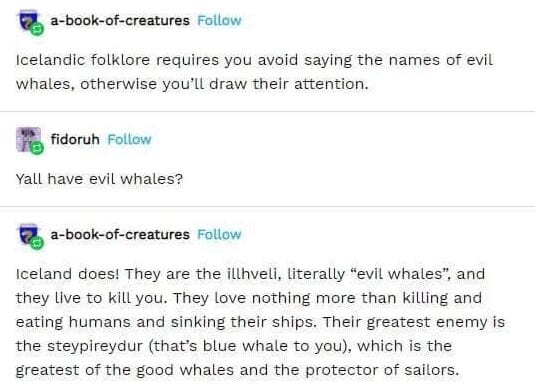 They’re so evil you can’t even cook them. They just disappear. 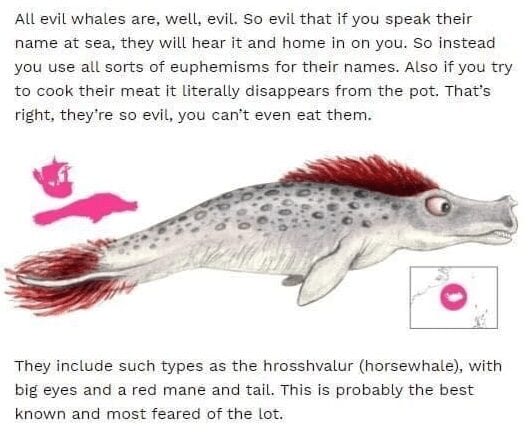 The way to kill the redcomb is to escape their clutches (but by the looks of him, that might be a big ask). 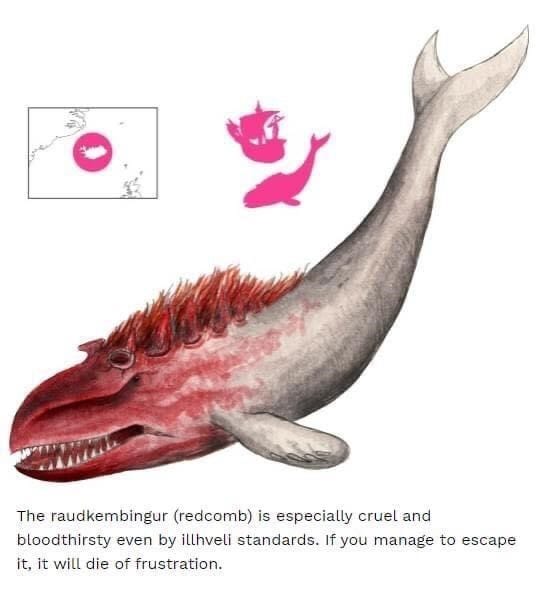 The mousewhale is definitely going to haunt my dreams tonight.

Also, where are they pulling these illustrations from? WTH?

I would also very much like to avoid ever meeting either of these whales in the wild (or in my nightmares, for that matter). 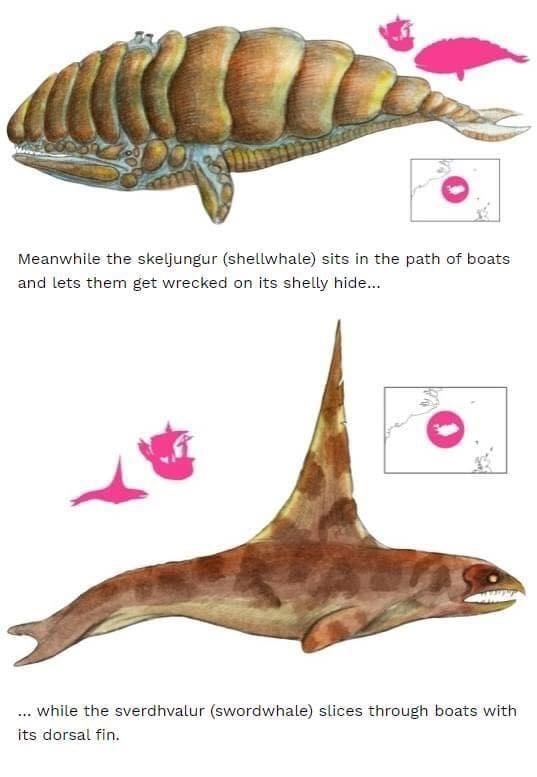 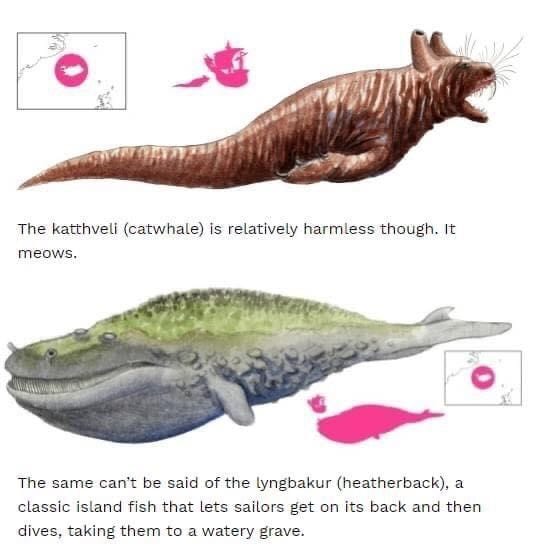 They did provide a helpful list of ways to avoid, deter, or even get the better of these whales, if you should find yourself attacked and helpless at sea.

But hopefully there will just be a blue whale about. 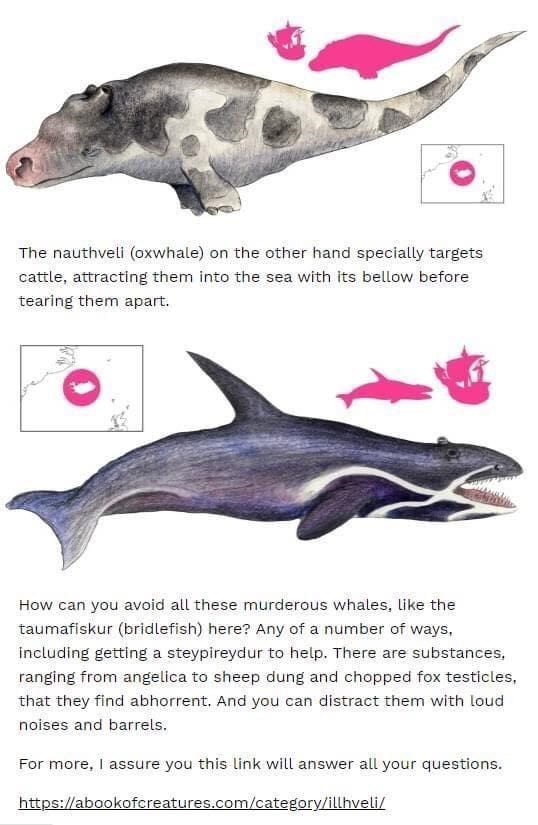 Alexa is her own kind of monster.

I think we can all agree on that.

Have you ever heard of the evil whales before?

Whether you have or haven’t, tell us in the comments which one you find the scariest!