I’m fully prepared to cry when I sit down for a Pixar movie at this point. It’s just part of the experience. We all know it’s true.

That said, I hope you’re ready to cry over symbolic artwork and 10 other details from Pixar movies that you may not have noticed before.

Pixar’s 2018 short, Bao, written and directed by Domee Shi, tells the story of a lonely Chinese-Canadian mother experiencing empty nest syndrome. She receives an unexpected gift when her steamed bun (baozi) comes to life, a la the Gingerbread man.

“Bao” is a play on words. 包, pronounced “bao”, is Mandarin Chinese for “dumpling.” However, this pronunciation is shared by 宝, meaning “treasure” or “baby”, and 保, meaning “protect” or “defend”. See what they did there? 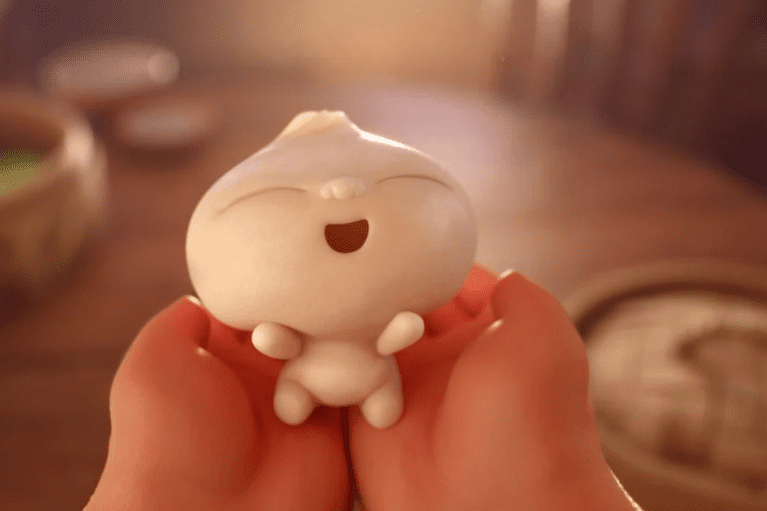 Have you ever wondered why all of Boo’s lines from Monster’s Inc (2001) sound so real and natural?

Mary Gibbs, the actress who voiced Boo, had a difficult time staying put in the recording booth to perform her lines, so the crew decided to follow her around with a microphone and record her as she played. They were able to cut and piece her lines together for the final draft using random things she said and noises she made while playing. 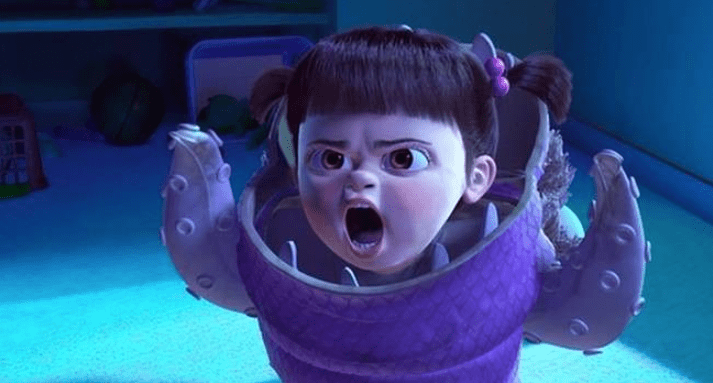 In Pixar’s Up (2009), the animators were very intentional with how they designed Carl and Ellie, and their home. All of Ellie’s items are rounded, to reflect her round head and (I’m assuming) soft, inviting personality.

All of Carl’s objects are square to match his square jaw, and more stubborn, stoic, rigid personality. 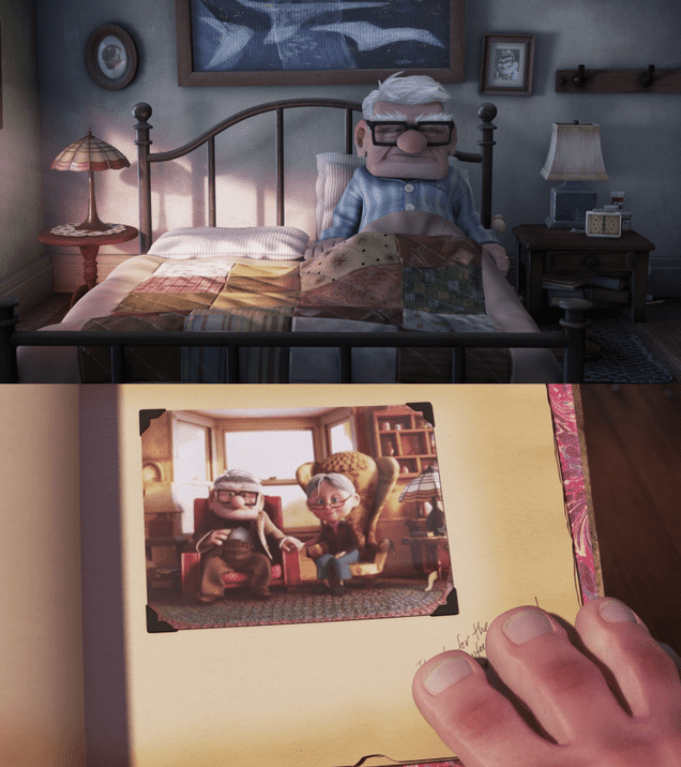 4. Foreshadowing what is to come:

Once again, in Pixar’s Up the animators utilize every detail on screen to help tell the story. In the top shot we see Carl and Ellie as a young, newly married couple. Ellie stands atop a hill, beckoning to Carl, as she did when they were kids. The sky is bright and hopeful. In the background we see what looks to be a clock tower and their quaint town.

In the second image the roles are reversed.  Now Carl stands atop the hill, beckoning to Ellie (who will soon be leaving us). The sun is now setting, the day will soon end. In the background we see their quiet town has become a large, metropolitan city.

This displays the passing of time while also foreshadowing the fact that Carl will soon find himself alone, in a house surrounded by newly built skyscrapers and continuous construction. Crying yet? 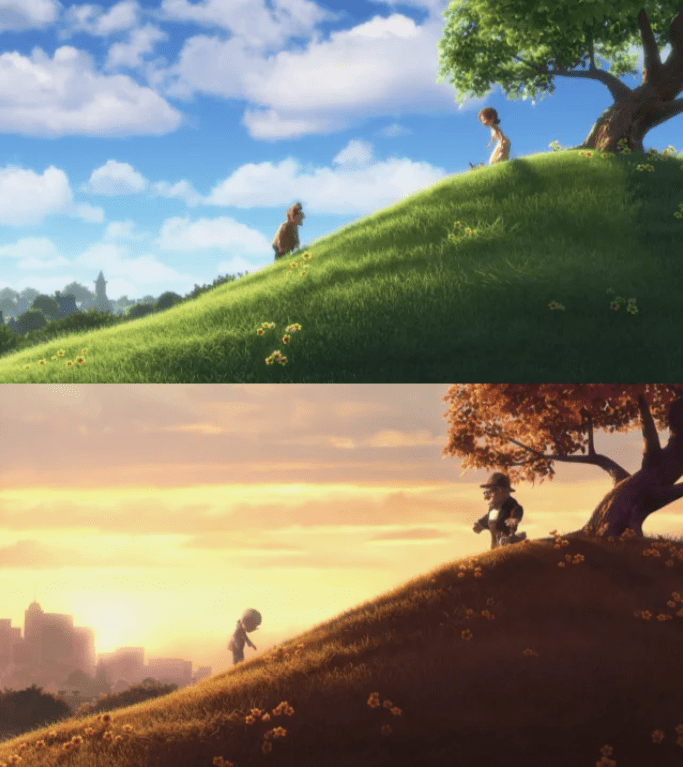 5. Miguel knows how to play:

In Coco (2017), as audience members, we initially don’t know the extent of Miguel’s skill with the guitar. He even admits to Héctor, he’s never performed for people before.

However, once Miguel gets past his initial stage fright, he shows everyone just how talented he truly. In fact, if you watch his hands as he plays in this movie, you will notice he playing the actual chords to the songs he’s performing. Talk about detail! 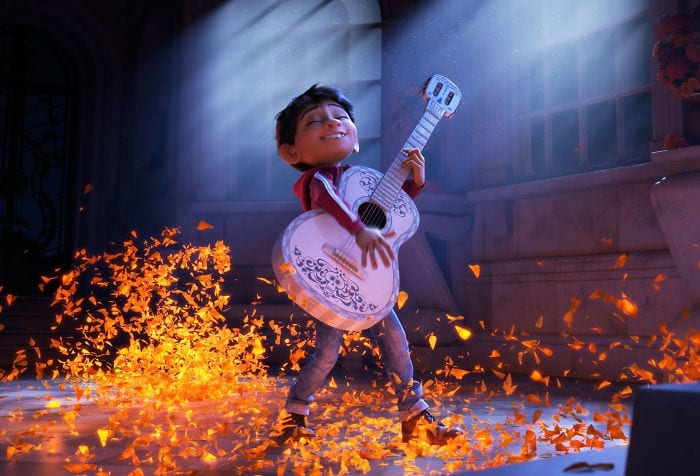 In Inside Out (2015) Riley’s clothes become less joyful and more muted as she becomes more and more distraught. And it makes sense, because that’s what we do as real people! We use clothes to express how we’re feeling.

Just one more example of how Pixar animators use every inch of the screen to help tell the story.

In Toy Story 3 (2010), when Woody peers past the door, we can height measurements of Andy’s toys on the doorframe.

Just this little detail hits us right in the feels, because it’s such a small detail but so real. Just like Andy’s mom has measured Andy over the years, she’s also measured his most treasured toy friends. 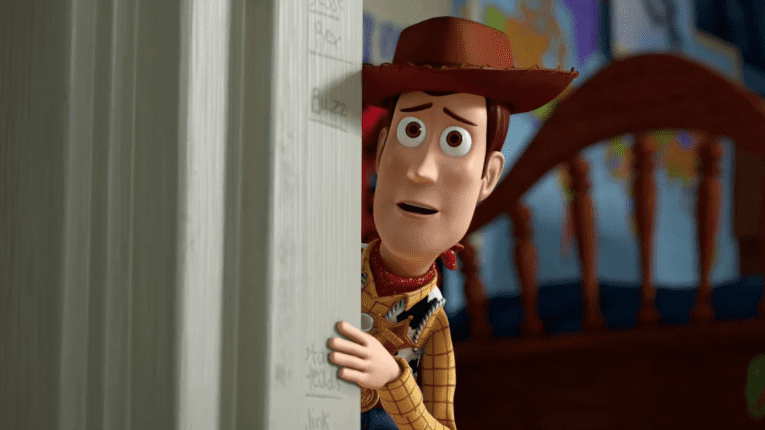 In Toy Story 4, Mr. Potato Head is voiced posthumously by his original voice actor, Don Rickles (who passed away in 2017.)

The Pixar team sorted through decades of Rickles’ voice over sessions, outtakes for other films, theme parts, toys, etc. to create a performance for the fourth movie.

Some might find this creepy, but I think it’s really meaningful that they spent the time to make Mr. Rickles a part of the film, rather than just hire a new actor. 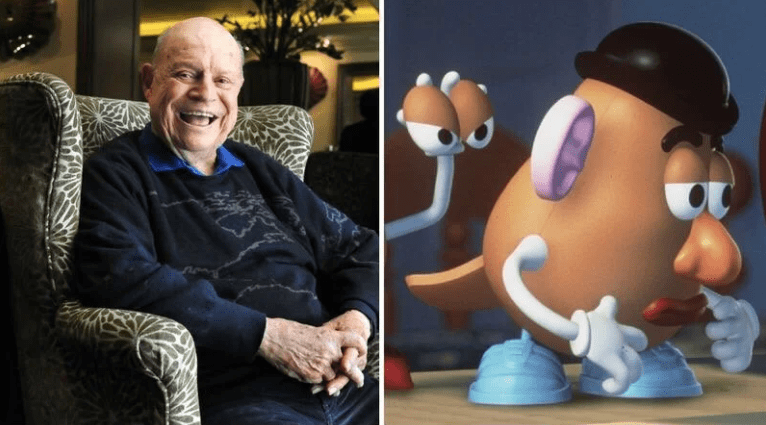 This one might be sad depending on how you think about it. No, this isn’t a shot from Toy Story, it’s actually a segment from WALL-E (2008). But who do we have here? None other than our favorite dinosaur toy, Rex!

It seems that toys really can live forever, provided nothing destroys them. But if Rex is here, where are all his friends? What happened to them? Is he all alone? Why doesn’t he reveal his sentience to WALL-E? This Easter egg might actually raise more concerns that the animators intended…

In Incredibles 2, we see Helen Incredible alone in her fancy hotel room, phoning her family. Behind her is a rather large painting. Things could just be fancy hotel art, but let’s be real, this is Pixar we’re talking about.

If you take another look, you’ll see this painting is a metaphor for the Incredible family in this moment. It illustrates Helen’s current distance from her family. She’s left her husband to take care of the family while she takes cares of crime.

11. Violet is literally a combination of both her parents:

What color do you get when you mix red and blue? Violet. What’s the name of Mr. and Mrs. Incredible’s first child? “Violet.” (D’aww!) 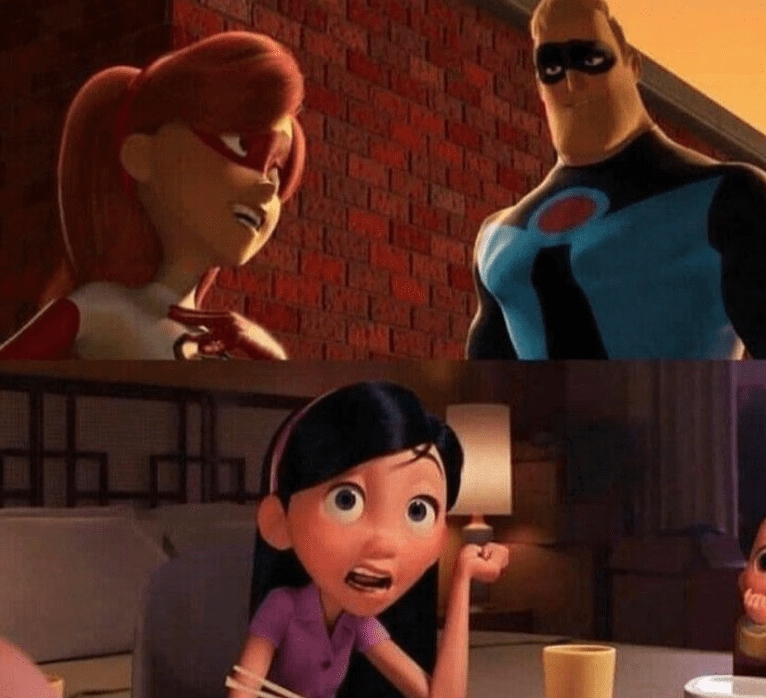 As much as I hate how it messes up my mascara, it feels good to cry over something that has truly touched my heart.

When you becomes invested in these characters and their world, those little details that you hadn’t noticed before make it that much more special.

At the same time, it’s all those details coming together that draw you into the story in the first place.

What’s your favorite Pixar movie? Let us know in the comments!