Teacher Grades with Memes and Her Students Love It

A great teacher can make even the most boring subjects seem like thrill rides, whereas the worst teacher could make a class about roller coasters feel like a painful slog through the mud. School is a place where we form some of our best and worst memories throughout our childhoods. In reality, a lot of this rests on the shoulders of our teachers.

Ainee Fatima is a 27-year-old English and Media Studies teacher from Illinois who decided to shake things up for her class of seniors by introducing memes into the classroom. Instead of writing notes throughout her students’ papers or tests, she speaks to them in a language they all understand.

I love grading with my new stickers! pic.twitter.com/4K66qQblSJ

Immediately, people needed to know more about this hip grading system. And Fatima was happy to share: 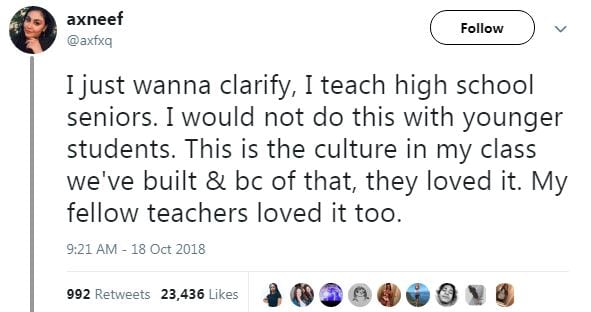 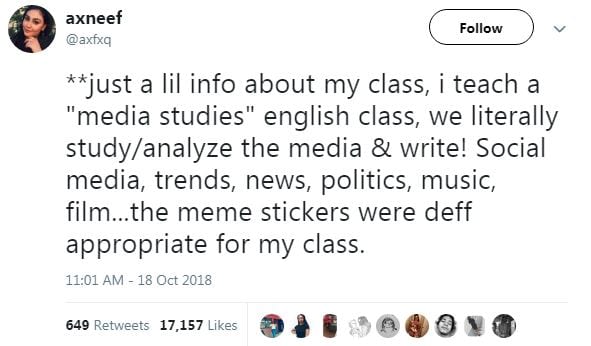 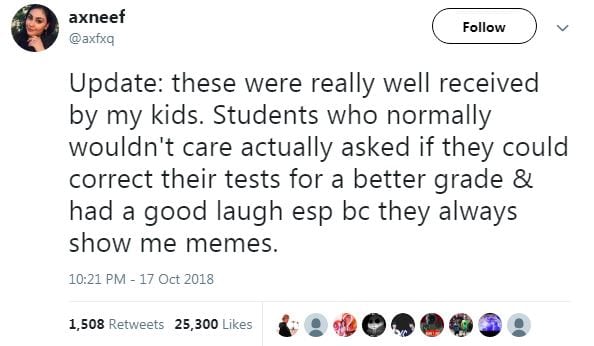 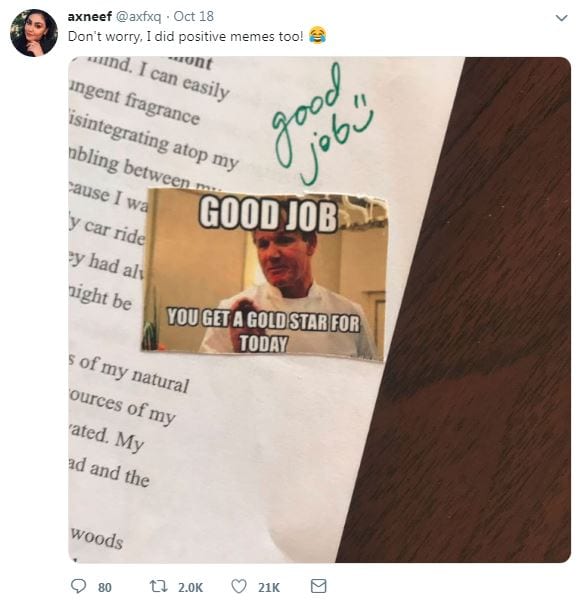 While some people were understandably skeptical, Twitter users have responded with overwhelming support – even chipping in a few memes of their own. 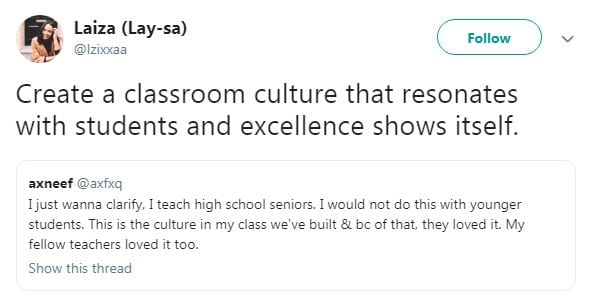 When the kids gotta explain to their parents what a meme is cuz they got an F pic.twitter.com/9SkDSUf6io

I bet this one would find it’s way into someone’s paper. pic.twitter.com/4h3nqUVO29

Haha omg that would be amazing, or gifs because sometimes there just aren’t words ???? pic.twitter.com/NU5d4UTKy1

So savage HAHAHAHAHA I WANT THIS STICKER FOR STUDENTS THAT DONT SUBMIT pic.twitter.com/4LYeftw2fu

In an interview with The Daily Dot, Fatima said that, “It’s sometimes important for teachers to meet their students at their level…Including pop-culture and media in their curriculum will get your content and instruction across way farther than sticking to age-old content.”

“It might seem silly,” she went on to say, “but just having those few kids try a little harder made my day! I have striven to be the teacher I needed when I was in school.”

So, what do you think of Fatima’s unorthodox grading system?