Looking for a job can be a full-time position in and of itself, and the interview process can be especially daunting. It’s important to remember, however, that professionalism in a job interview goes both ways – the employer needs to respect you as a person, and a rude interviewer can be a major red flag about working at that organization.

18-year-old Megan Dixon was on the job market and had recently interviewed with Miller and Carter Steakhouse, in hopes of gaining experience as a server. After the interview wrapped up, Dixon was told she’d be hearing from them in a few days.

But she actually heard from them within minutes of her leaving – via text – and to say the potential employer was being disrespectful is putting lipstick on a pig. 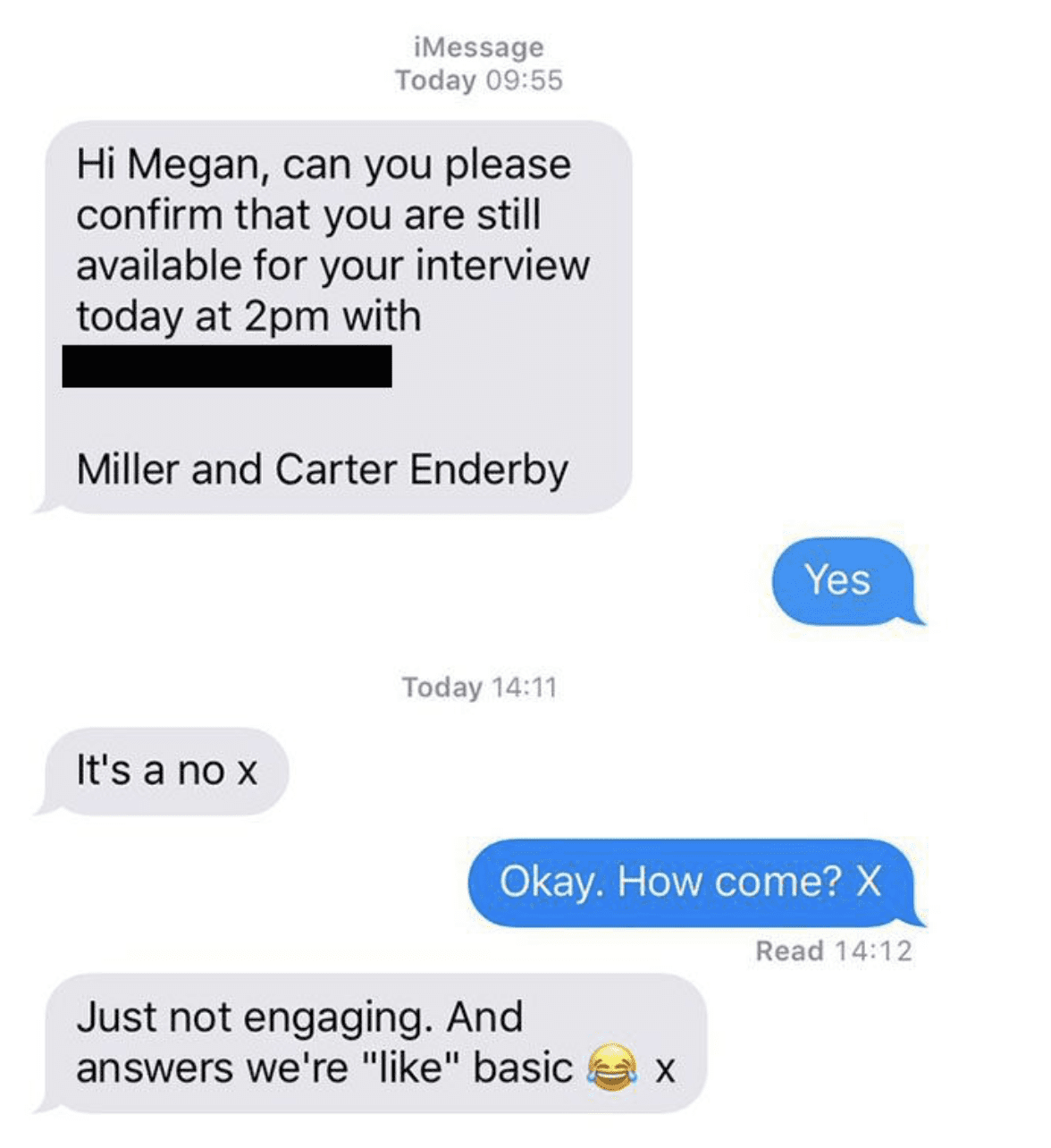 “At the end of the interview, I asked when I would hear back. She told me it was never more than a few days and she had my email. But I got the texts a few seconds after leaving.

“I was shocked. The least she should have given me was some proper feedback.

“And the laughing face emoji was so unprofessional. It was a really bitchy thing to do.”

“Maybe because I’m 18 she thinks it’s OK not to be professional with me? I don’t know.”

Apparently, that text was meant for someone else internally.  Shantel Wesson, the assistant manager who interviewed Dixon, refused to comment but a Miller and Carter spokeswoman said:

“We can’t apologise enough to Megan.

“It was never our intention to be disrespectful or upset her in any way. The texts were sent in error and were intended for our manager, not the candidate.”

She also said this situation was being taken “extremely seriously” and is under investigation.

Which – good! Because how hurtful!