The term “mansplaining” was officially added to Merriam-Webster earlier this year, but if you’re active in social media spheres, you’ve likely been hearing it for years.

If you’re a woman who knows anything about “guy” stuff (superheroes, cars, books, politics, on and on) then you’ve been dealing with it your entire life.

Mansplaining: When a man talks condescendingly to someone (especially a woman) about something he has incomplete knowledge of, with the mistaken assumption that he knows more about it than the person he’s talking to does. 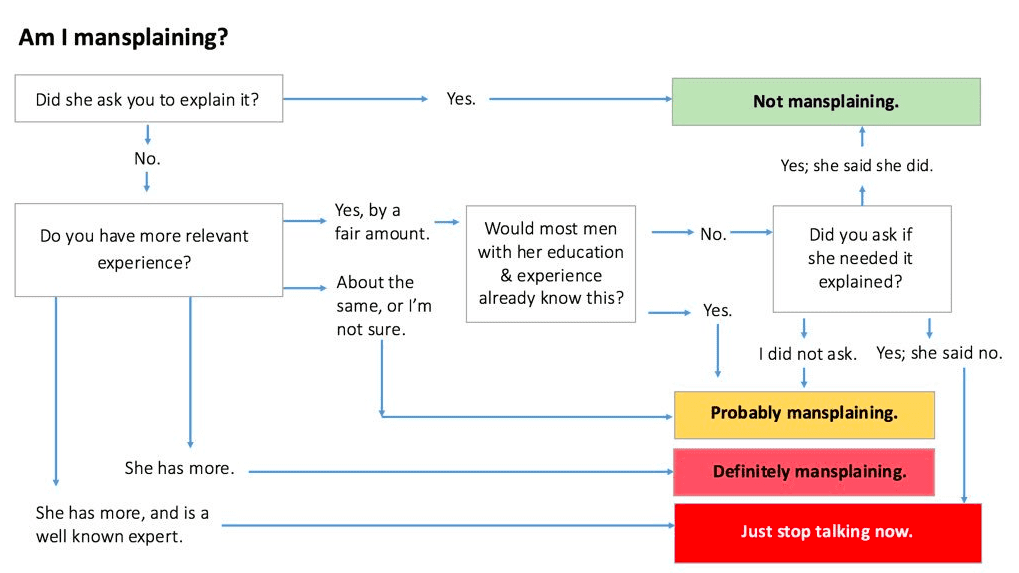 Thankfully, we now have this handy chat to hand over to the men in our lives. If begins with the question “did she ask you to explain it?” If yes, then feel free to proceed. If no, well…you’re only left with three outcomes:

Probably mansplaining, definitely mansplaining, and just stop talking now. It’s kind of a progression, really, because some men just can’t seem to stop talking, even when every instinct and any ability whatsoever to read the room should tell them that they’ve stuck their foot squarely in their mouth.

Because for all they know, they’re pontificating to someone who is as well – or better – versed on the subject than they are.

The chart was tweeted by @KimGoodwin, and even though most of the ladies in her mentions were all applause, she did get some less than enthusiastic (gasp!) responses from the men in the crowd. 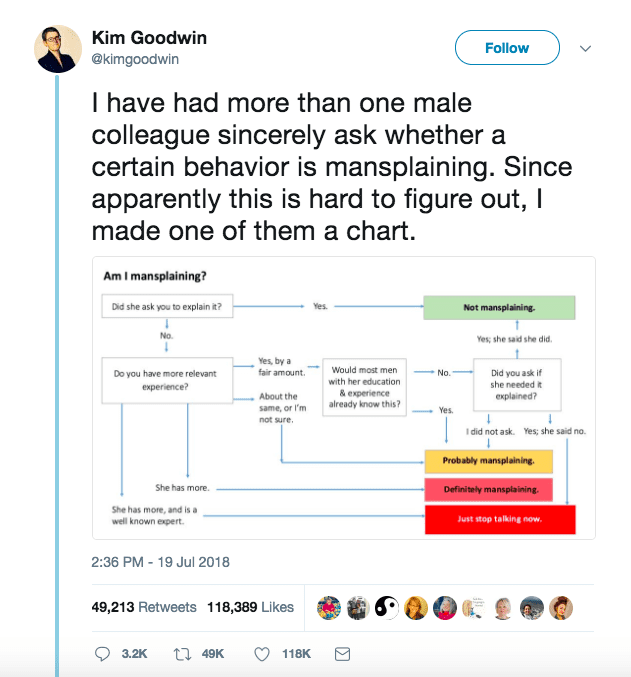 Perhaps this happens to men on occasion, but anyone who uses the hashtag #notallmen instantly loses all credibility. Sorry. It’s just true. 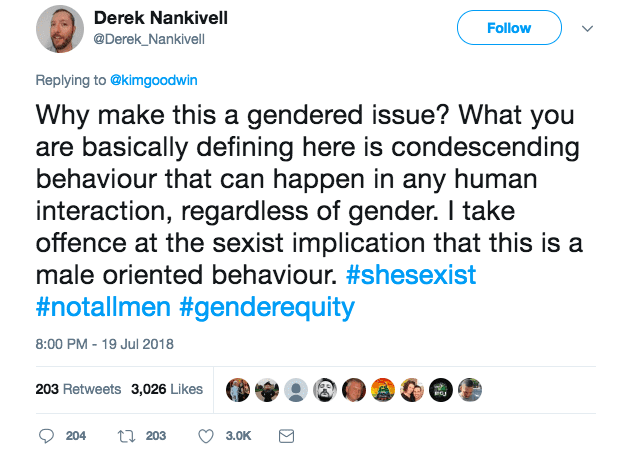 Goodwin was quick to “regular” explain why he’s wrong. 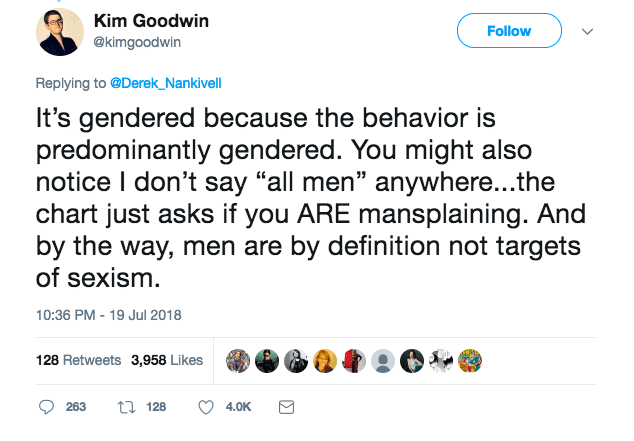 And the responses from the ladies really drove home her point. 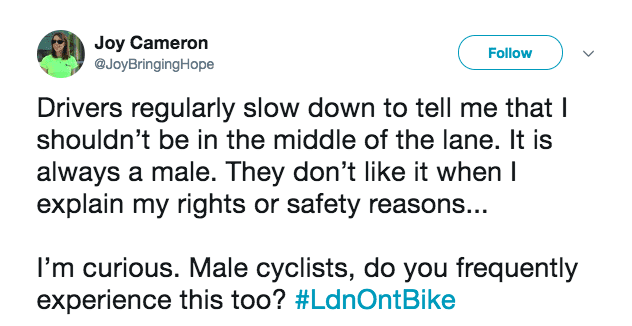 And then there were the people asking the big questions. We need to know! 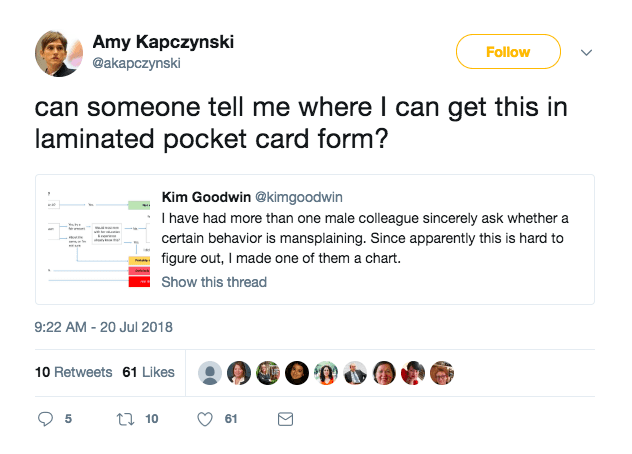 So there you have it – hats off, Kim Goodwin. You’re a gem.