The Real Size of Megalodon Is Staggering

When you hear a word like “megalodon” to describe an animal, you’re probably picturing something – in this case, a shark – that’s really, really big.

Just how big megalodon likely was, though, really only comes into a clear focus when we compare it to things we’re relatively sure of the size of in our minds – and even then, it was so big that the concept can be hard to wrap our minds around.

This new study, published in Scientific Reports, tries to put the size of the megalodon into perspective, concluding that it was around 52 feet long, with fins the size of an adult human being. 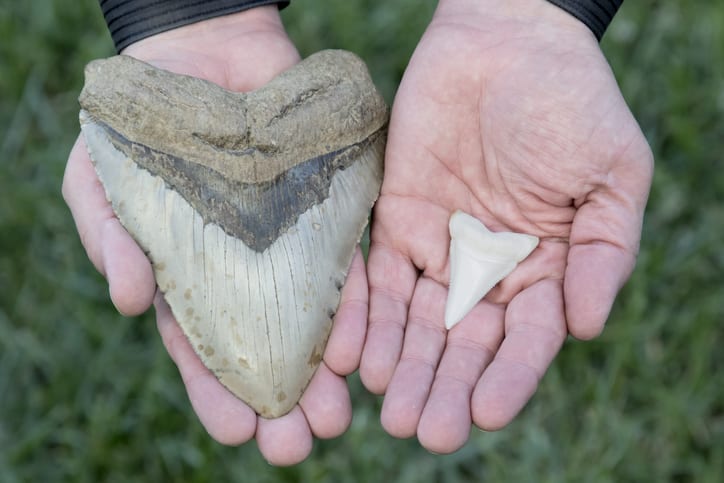 Otodus megalodon lived from 23 million to 3 million years ago, had serrated teeth that means it ate meat, and was so big there’s no way it wasn’t a voracious predator. Fossil evidence has shows us the size and makeup of their teeth, but with little other skeletal evidence to go on, guessing their entire size and shape has been more of a guessing game.

This study came to its estimates with researchers from Swansea University and the University of Bristol using mathematical models to compare its body size to five shark species still living, all of which shared physiological characteristics.

“Megalodon is not a direct ancestor of the Great White but is equally related to other macropredatory sharks such as the Makos, Salmon shark, and Porbeagle shark, as well as the Great White. We pooled detailed measurements of all five to make predictions about Megalodon.” 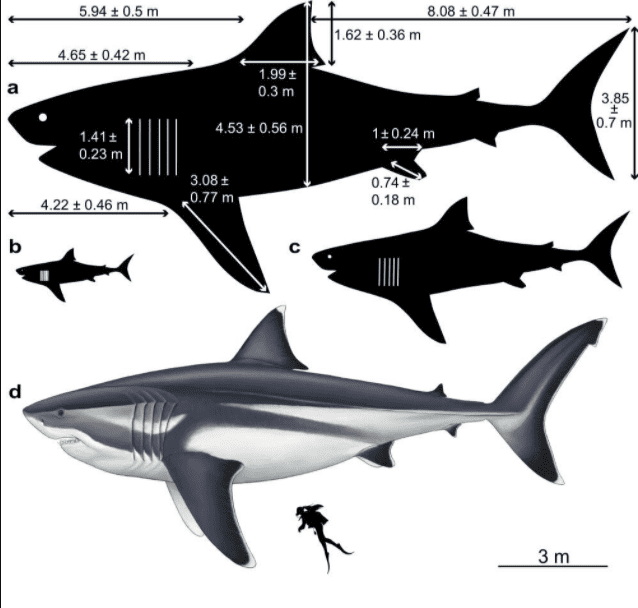 They tracked how these other, related species of sharks grew as the aged to get an idea about how megalodon might have grown in a similar pattern before settling into its adult form. That’s how they got to the adult length of around 16 meters (the 52 feet).

That makes them more than twice the size of modern great white sharks, with a dorsal fin around 5.3 feet in height (an average person’s height).

Their heads were around 15 feet in length and had a bite force of 10 tons, compared to a great white’s bite force of around 2 tons. 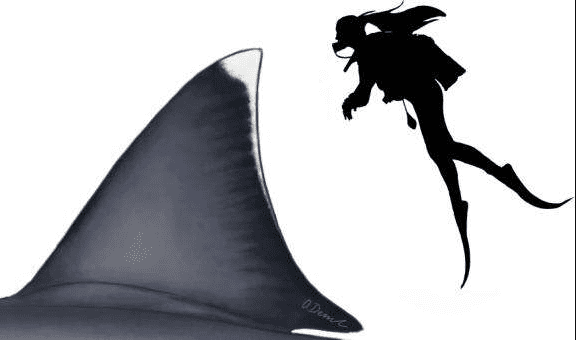 Scientists are hoping these facts can also help us understand why it went extinct, and therefore helping prevent a similar decline in modern marine species.

Now you know for sure that you wouldn’t have wanted to run into one of these buggers – and I’m going to go ahead and stay away from the great whites, too, even if they are sort of puny in comparison.