These 13 Actors Got Injured For Real While Filming Movie Scenes

Whether it was suffering broken bones, nearly drowning, or waking up in a hospital wondering how they got there, these actors gave til it hurt to create some truly memorable scenes in movie history. While we don’t want them to ever get hurt, it’s hard not to admire the commitment to the craft. 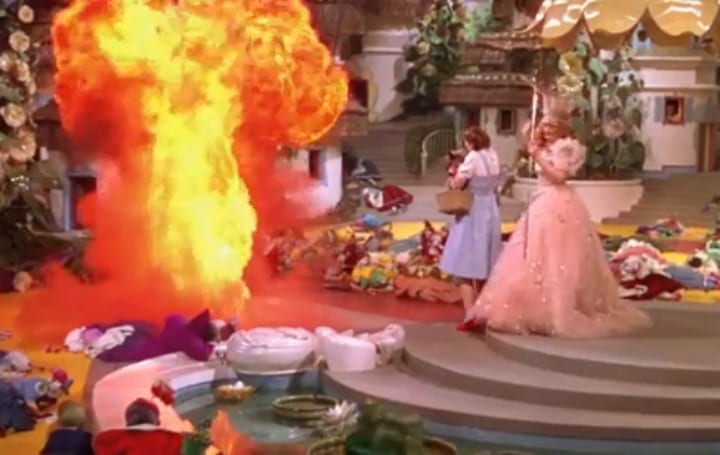 There’s being hot, and then there’s being Margaret Hamilton hot. Thanks to a trap-door malfunction, she suffered third degree burns when filming the Wicked Witch exit scene. She found herself  fully exposed to a pyrotechnic device that was going off and almost burnt to a crisp!

2. Meryl Streep almost drowned as well during the filming of The River Wild (1994) 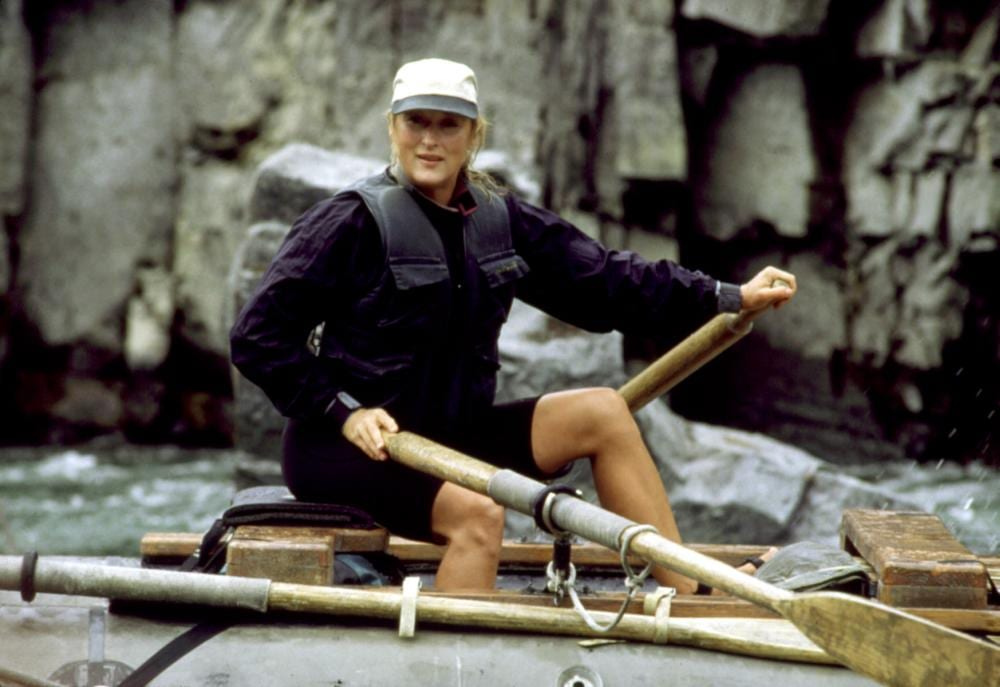 ”I remember sinking down to the bottom with this powerful and freezing water pulling me in deeper.” For Streep, that was what drowning felt like, but she still says today that they needed to get the shot. She was just supposed to paddle the raft, but the river went wild and Streep had to be fished out by a rescue kayaker. 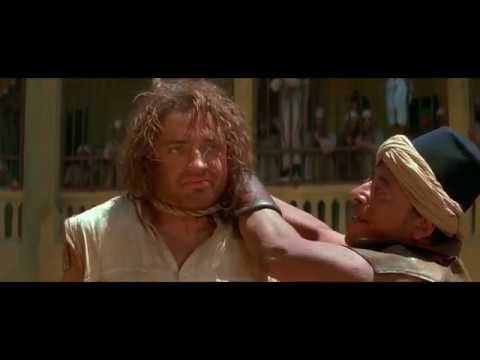 When filming a hanging scene, something went terribly wrong.  The noose used during the shoot didn’t match the one used by the stuntman. Fraser figured he could just hold his breath and power through the shot. For almost 18 seconds, Fraser was out of it. Even though he was standing on a board, when they upped the tension, he was actually being hanged briefly!

4. Sean Astin had to be choppered off the set filming The Lord of the Rings: Fellowship of the Ring (2001) 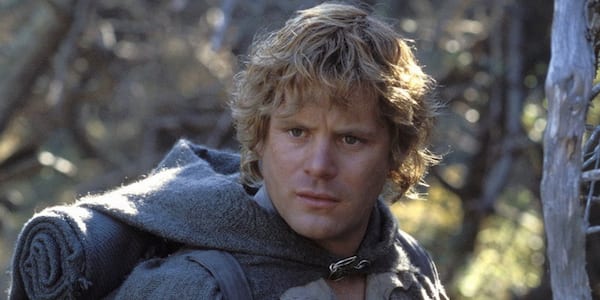 “I’m running at a dead sprint and I get in, and as my right foot lands about two feet in the water, just this huge, sharp pain. I grabbed on to the boat and I just looked down and just… It hurt so bad.” Astin stepped on a shard of glass that went straight through his foot. Peter Jackson had to have him flown in a chopper to the nearest hospital 90 minutes away.

While filming a scene in which she was chained in a tank filled with water, the props went wrong. Fisher was supposed to be able to pop free of the chains holding her anytime she needed to. One set worked as designed, and the other didn’t. As a result, Fisher was literally drowning, and everyone just thought she was an amazing actress. Eventually, a few crew members caught on and freed her. 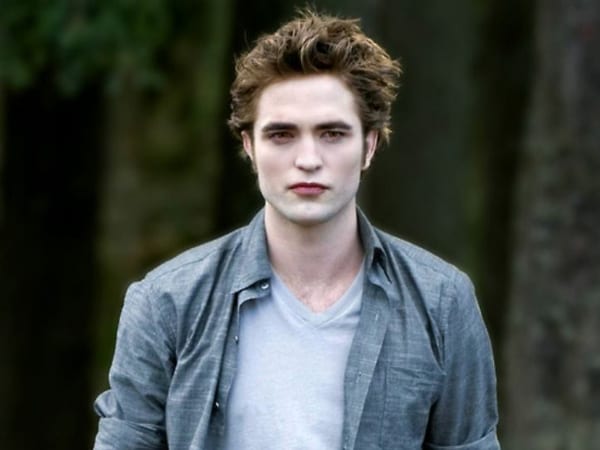 Okay, he didn’t actually bust his butt, but he almost tore his glute and that’s still pretty bad. It was bad enough that he confided to MTV that he needed butt massages from a physiotherapist to get through filming. Talk about your job literally being a pain in the butt…

7. Sylvester Stallone needed 5 days in an ICU to recover from filming Rocky IV (1985) 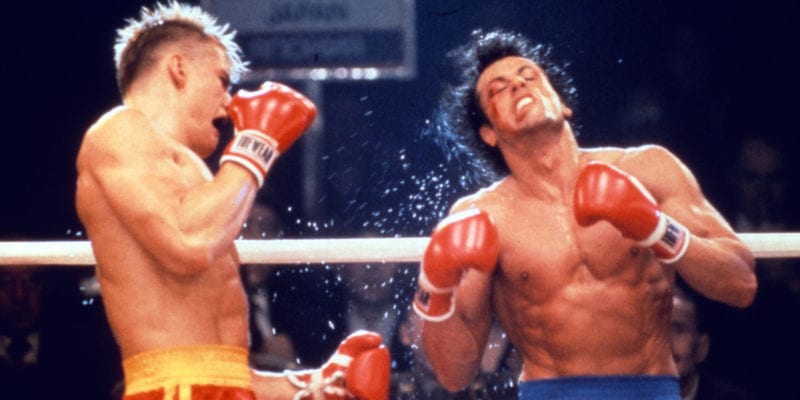 In his quest to create the most realistic boxing match he could, Stallone told Dolph Lundgren to wail on him as hard as he could and try to knock him out. He said that Lundgren hit him so hard that his heart was against his ribs, the way it would be if he was literally hit by a truck!

Hamilton learned an important lesson about hearing protection when she forgot to use any in the elevator scene. “I fell to my knees in pain. I thought I’d been shot. The noise was so intense, so extreme, I’ll never forget it.” Like a pro, she got up from her knees, and finished off the scene.

9. Daniel Craig gave his all filming Quantum of Solace (2008) 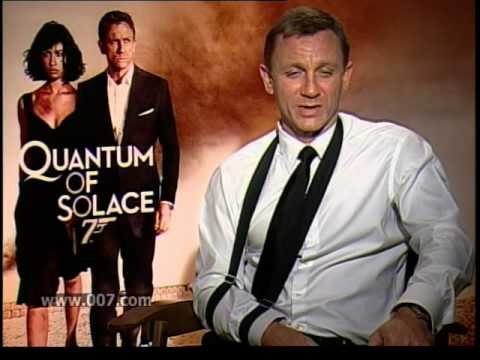 Craig didn’t actually give his all, but he did give the tip of his finger when he accidentally sliced it off.  “I was bleeding a lot. I had to get it cauterized. Filming stopped and everybody went, ‘Oh my God! He sliced the end of his finger off!’ They went looking for it but couldn’t find it.” That’s a hardcore James Bond!

10. Jim Caviezel was struck by lightning filming The Passion of the Christ (2004)

Nature actually scored a two-for-one as Caviezel and assistant director Jan Michelini were hit by different forks of the same lightning bolt. It was the second time Michelini had been hit by lightning! Call it bad luck or a sign, but that is some freaky stuff. 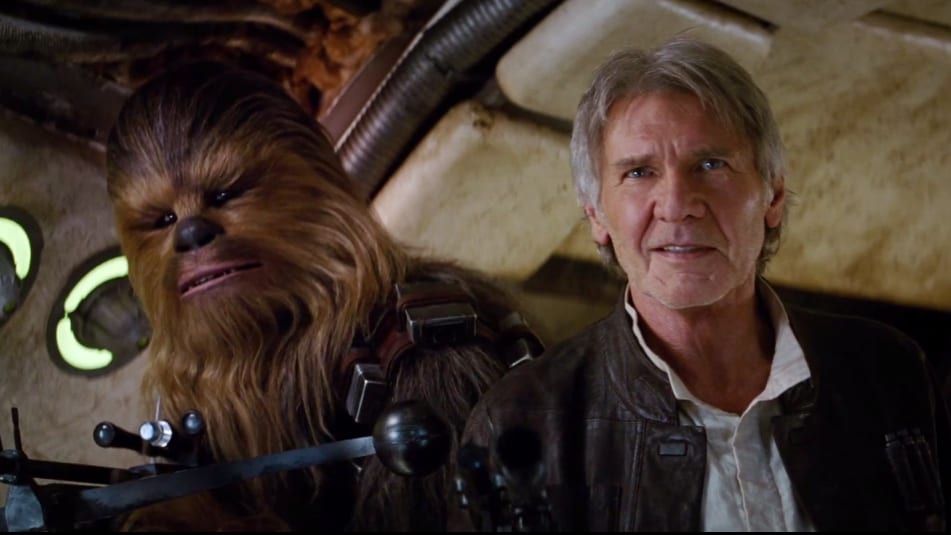 If you ever wondered whether the Millennium Falcon gets mad, question answered! It took vengeance on the cast and crew, breaking Ford’s ankle and Abrams’ back. In fairness, the hydraulic door on it tried to hurt almost everyone. It’s like Abrams told Jimmy Fallon, hydraulic doors can’t really be picked up if they don’t want to be. Ouch!

Tatum didn’t use his head to find the sexy kind of studs central casting sends over, he used it to almost find the kind that hold up walls. He was supposed to hit a prop mirror with his head and be done with it, but Tatum never goes half-speed. He hit the mirror with his head until he literally went through the wall. “I missed the stud by about four inches. I was lucky. But the cut on my head was real.” 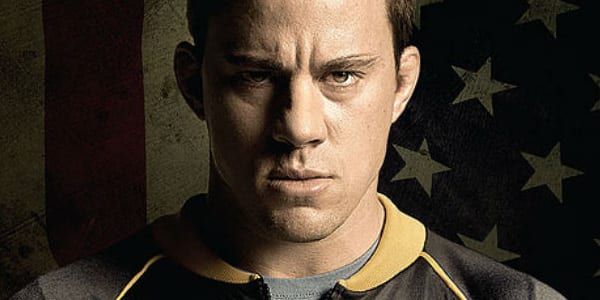 13. Cary Elwes got knocked out cold by a sword filming The Princess Bride (1987) 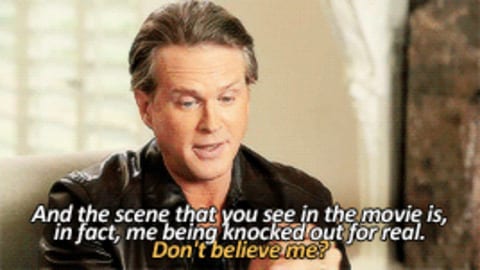 Elwes found out that even a small tap on the noggin from a big, heavy sword can be hazardous to your health. “I woke up in the hospital with stitches being sewn into my forehead.” That’s the danger you face when you don’t use rubber swords on set. The knockout scene looked so good, though, that it ended up being used in the film. Thankfully for Elwes, they didn’t need to get the shot from another angle.