We’ve all heard stories about bridezillas – seemingly normal female people who get engaged and immediately morph into a monster whose only care in the world is about creating the illusion of a perfect relationship with a perfect wedding.

There’s even a television show about it, so it must be a real thing.

That said, it seems like there are lines to be drawn in the sand, and if you ask most people, asking a prepubescent child to wear shape wear is definitely one of them.

She prefaces the post with “definitely not body shaming,” but when that’s followed with her giving details that the girl in question is a “plus-sized kid” whose waist needs some “smoothing out,” well…

You be the judge. 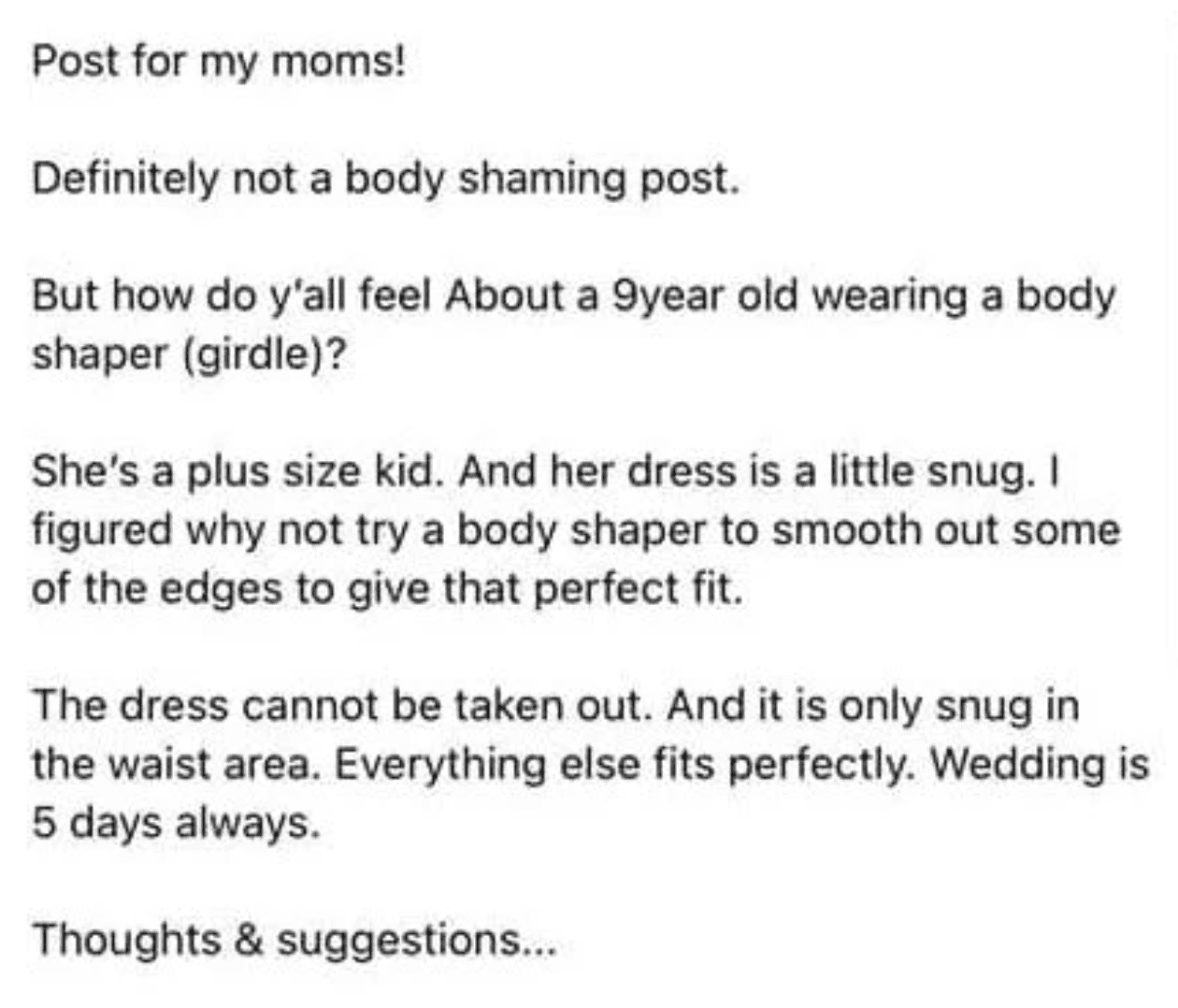 The top two comments point out (rightfully so) that asking her to smooth out anything to look better for other people is a harmful message that doesn’t need to be taught at such a young age.

Or ever, but we know that’s probably not possible. 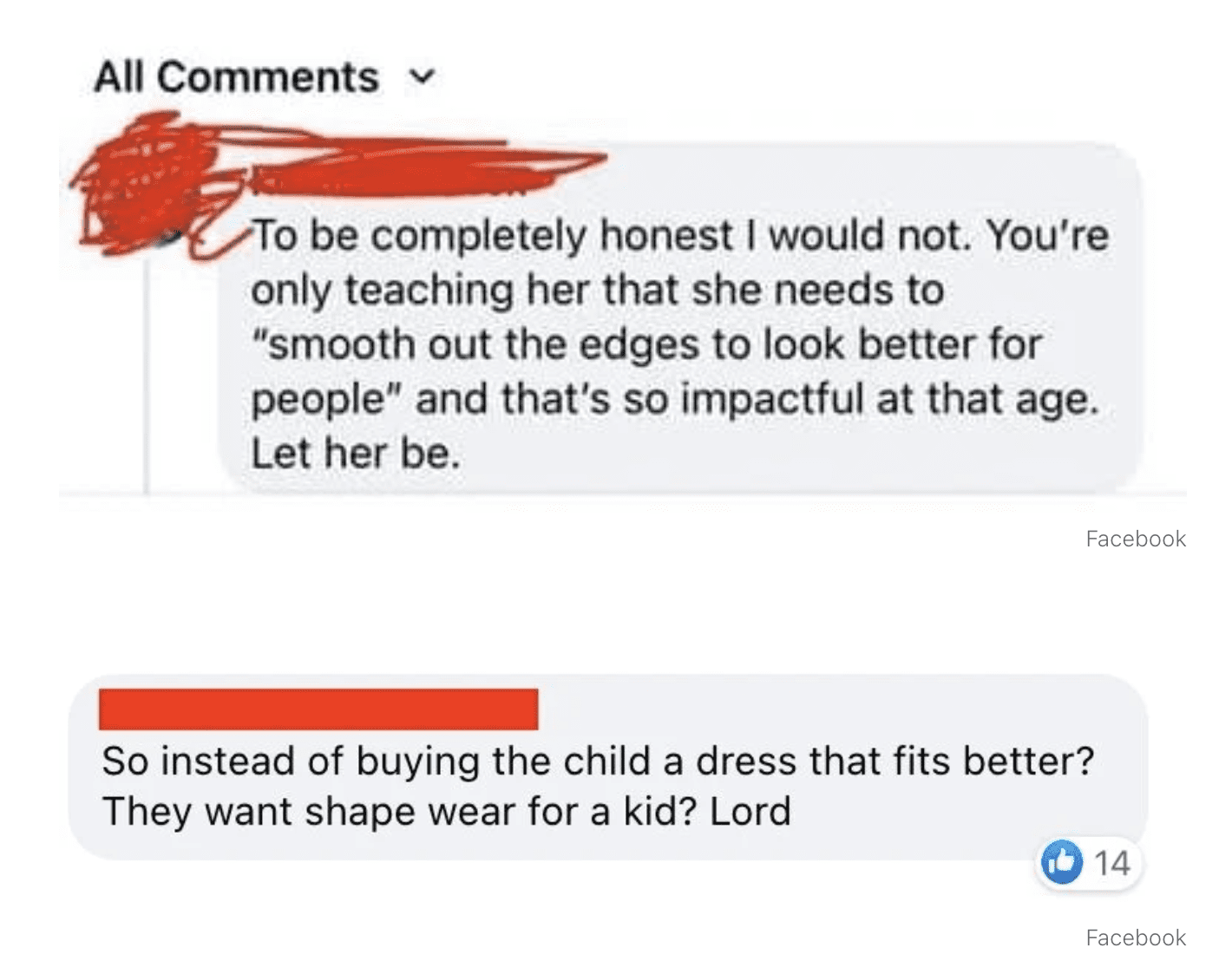 Once it was revealed that the child in question was to be the bride’s stepdaughter, people really flew into a fit. This is a girl who is probably going to look to this bride for approval for years.

“How dare she” was pretty much the prevailing sentiment.

We all wish the mother would have weighed in, honestly. Hopefully someone other than random internet strangers is on this girl’s side.

What would you have done if you were this girl’s mother or the woman’s fiancee?

Because I’m thinking this whole wedding might be a mistake…

Then again, we all have to un-learn what the patriarchy has taught us about body image and the ideal shape, and hopefully, since this woman is about to become a stepmom, she’ll take the feedback, work on herself, and do better next time.