This Friends’ Onesie Is the Perfect Baby Gift

You could do something boring and helpful like buy your pregnant friends stuff that’s on their baby registries for a shower gift. In fact, you probably should do that…but if you’re looking for something extra and amazing to put into your bag, well, it doesn’t get better than this.

Everyone who is anyone loves the television show Friends, and we need to make sure we pass that adoration onto the next generation, don’t you think?

🎶 So no one told you life was gonna be this way 🎶 This is the #Friends #onesie I bought Harrison. I am so proud 🤣 #FriendsOnesie

It features a piece of dialogue that’s from one of the best episodes of the series – the one when Monica gets stung by a jellyfish and Joey and Chandler have to decide who is going to pee on it for her. 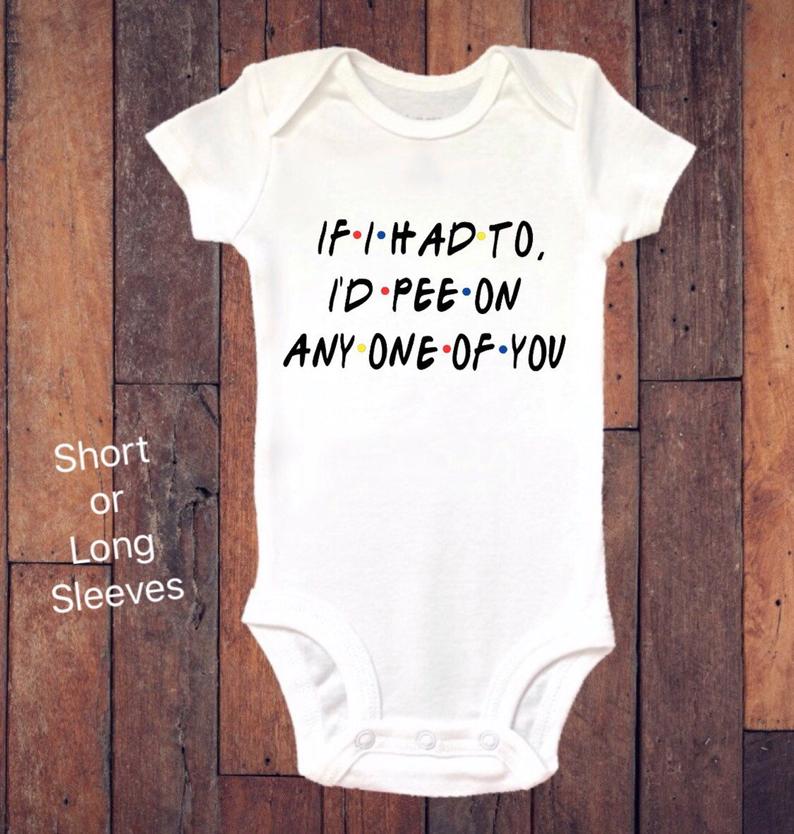 As a parent, I can confirm that there are a lot of bodily fluids involved, most of them smell, and no, your kid is not embarrassed to be sharing any of them (not even when they’re old enough that you think they should be).

So, you might as well have a little fun with it – and let your friends know exactly what they’re getting into ahead of time, if they haven’t already guessed.

I for one, am going to stockpile these for baby showers from now until infinity.

I’m also about to go pull up that scene on YouTube because, like the “PIVOT” episode, it really never gets old.