Danny DeVito is a pretty famous guy. He’s played some memorable roles in films like Matilda and Get Shorty, as well as his extended run on TV’s It’s Always Sunny in Philadelphia. But he’s not exactly the kind of actor you’d think would have a shrine dedicated to him, right?

Wrong. Apparently, students at New York’s SUNY Purchase College have done just that… or they created a cult following for their leader, Danny DeVito. Who knows.

Here’s what we know: recently, someone discovered a secret shrine in one of the college’s bathrooms, hidden behind a paper towel dispenser. 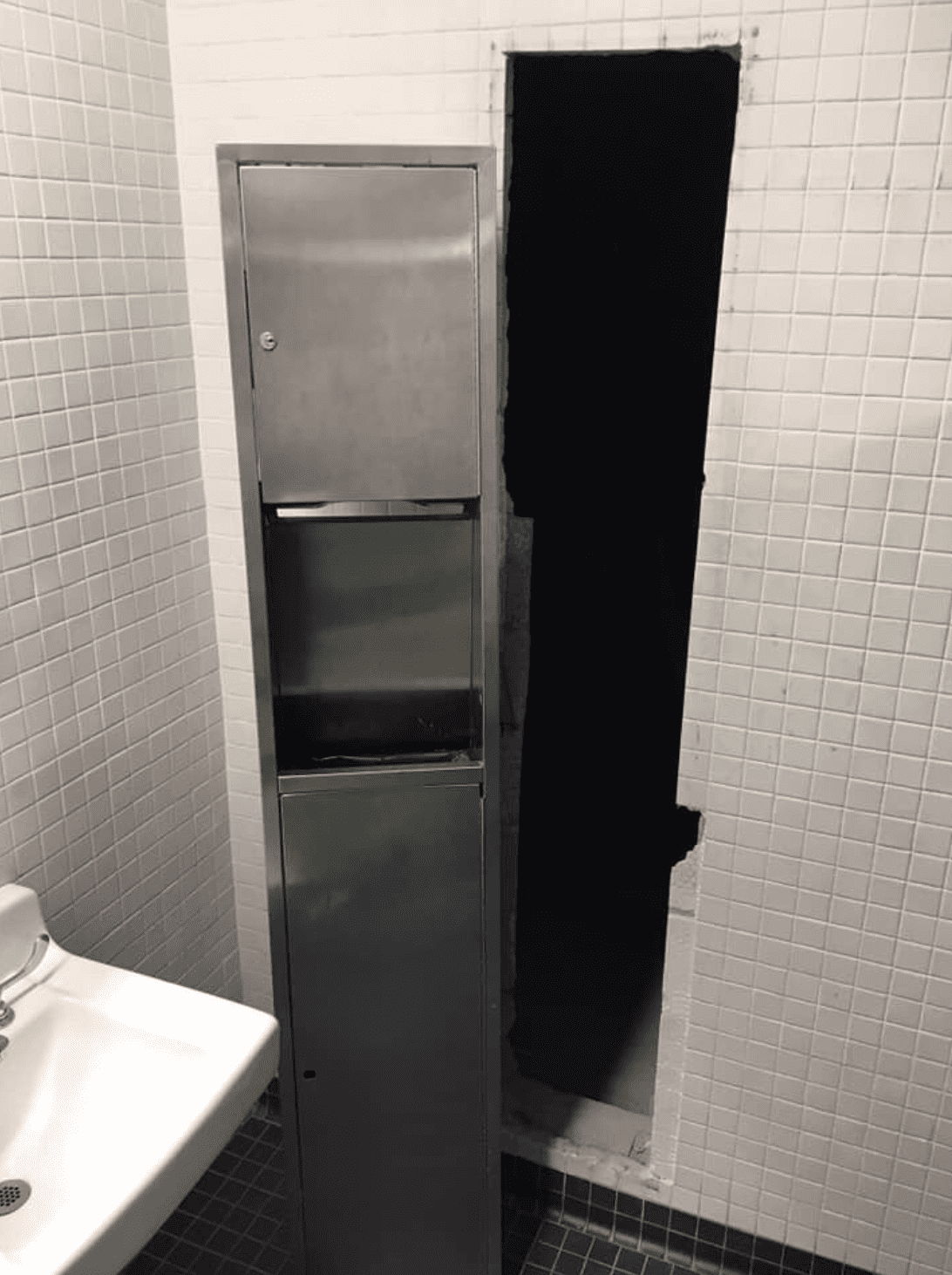 Not only is it wonderfully creepy and/or charming (depending on who you ask), it’s filled with treasures left behind for the It’s Always Sunny in Philiadelphia star. Plastic spoons, cigarettes, liquor bottles, and a graffiti picture of Squidward, to name a few, were laid at the feet of a cardboard cut out of DeVito. 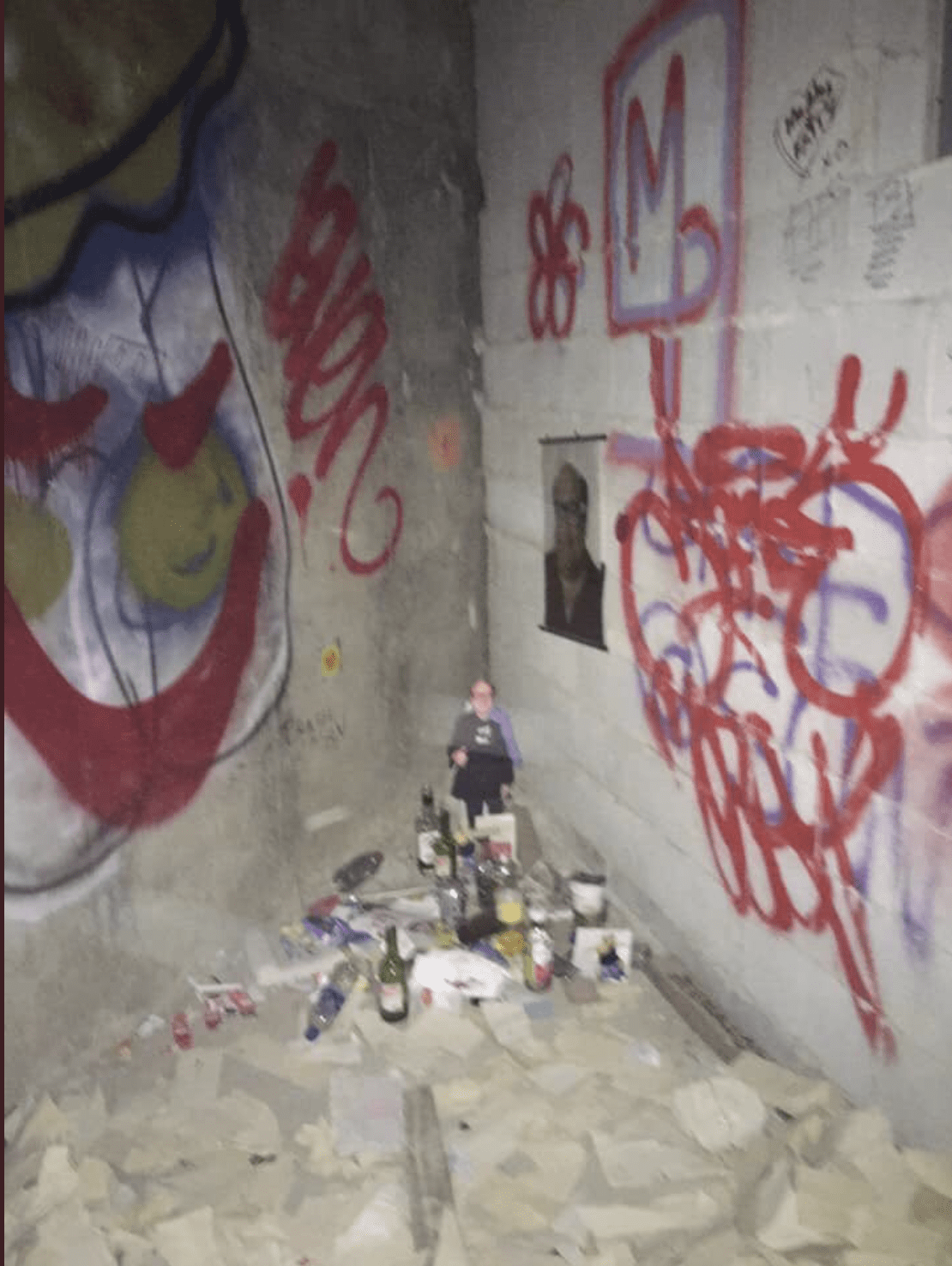 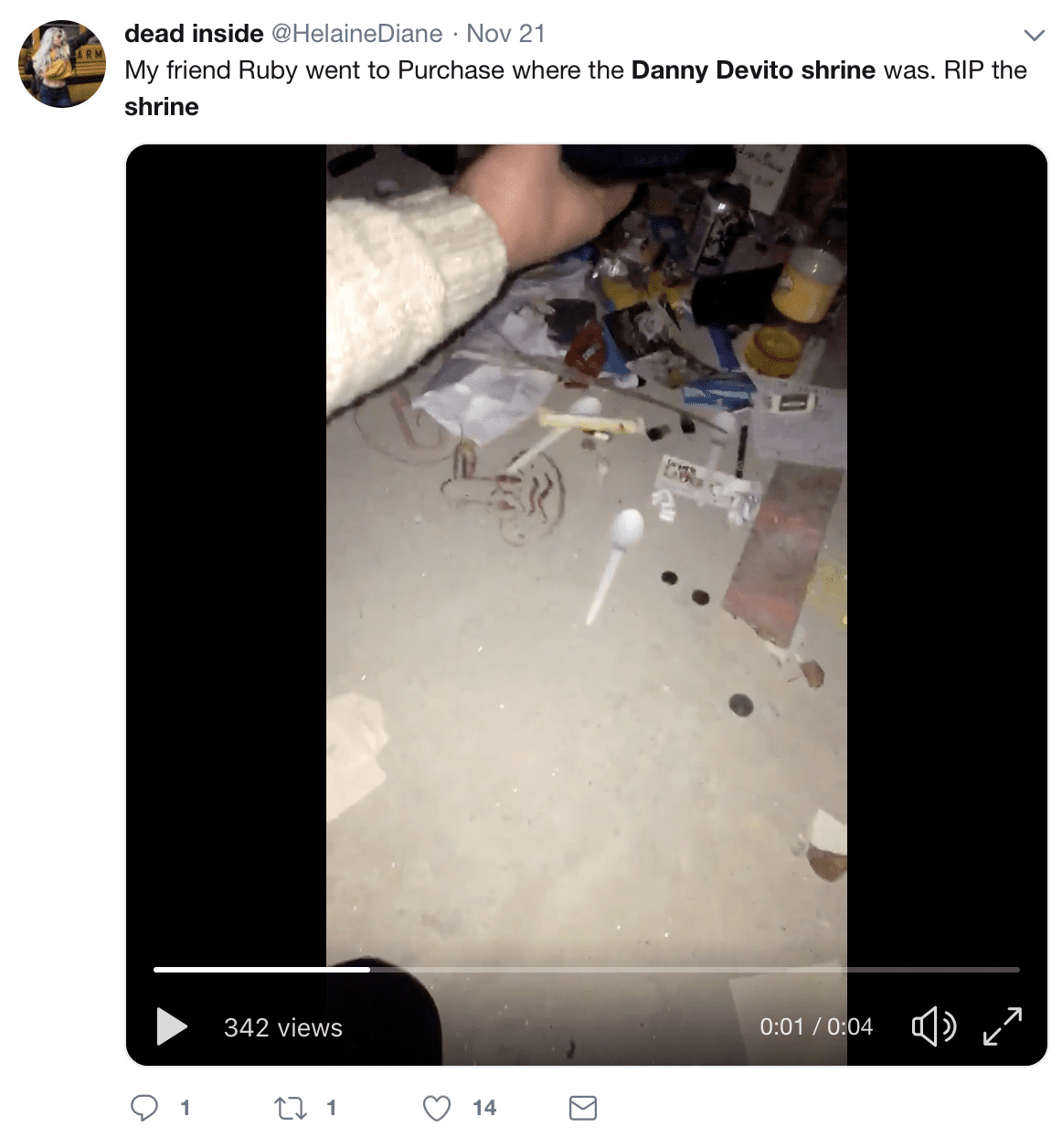 Once the Administration caught wind, they tweeted:

But soon after it went viral and students began clawing to give thanks and service to the shrine, the school sealed it up. 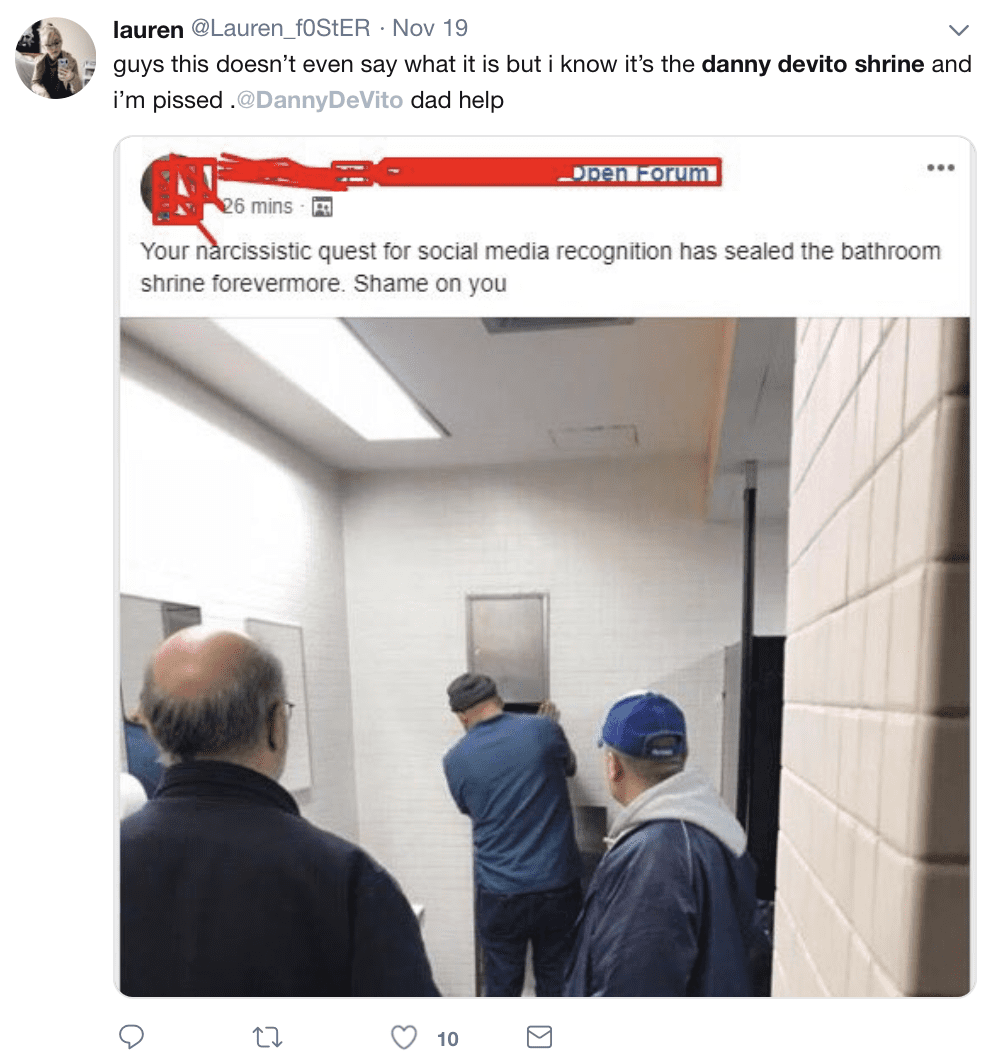 Many students, as well as other twitter enthusiasts, took to reviving it in various ways to show the love and support every fallen shrine deserves. 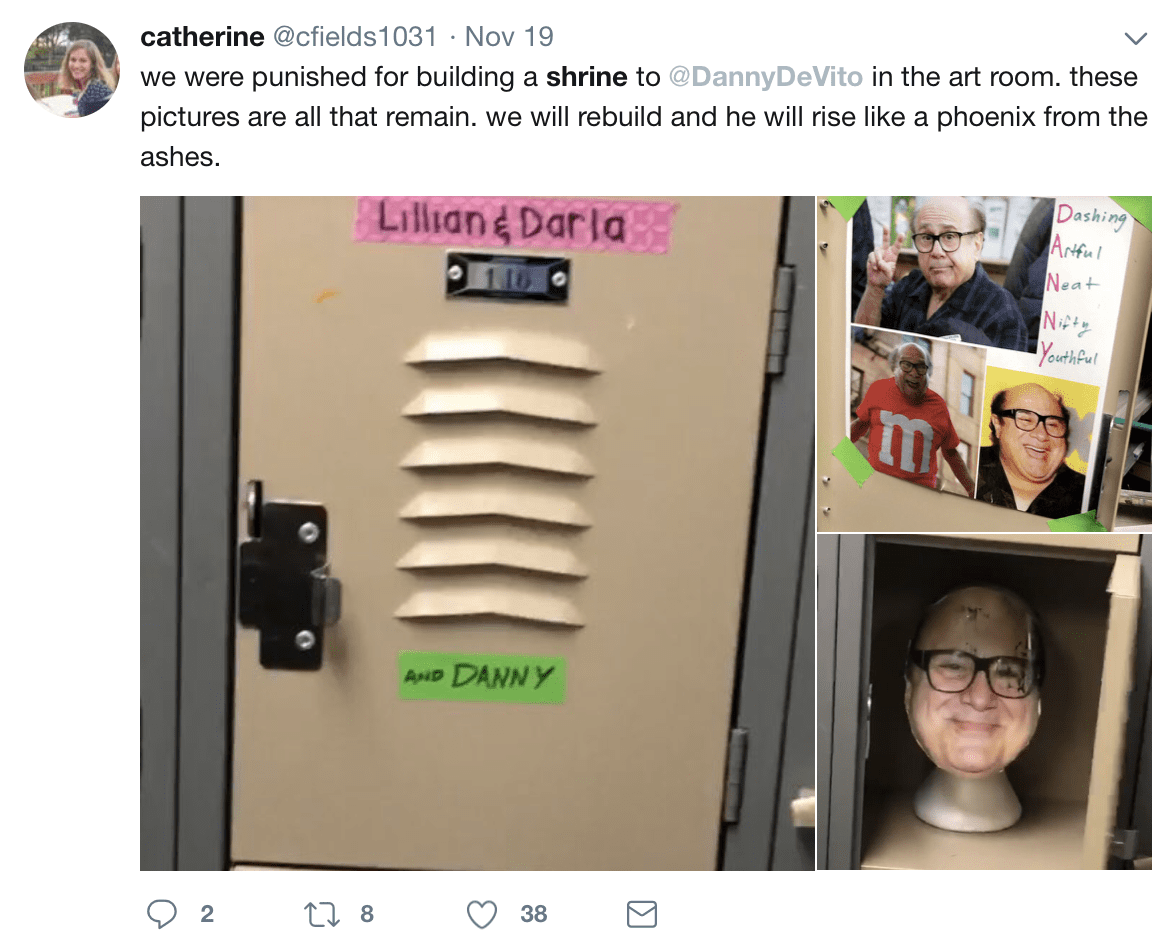 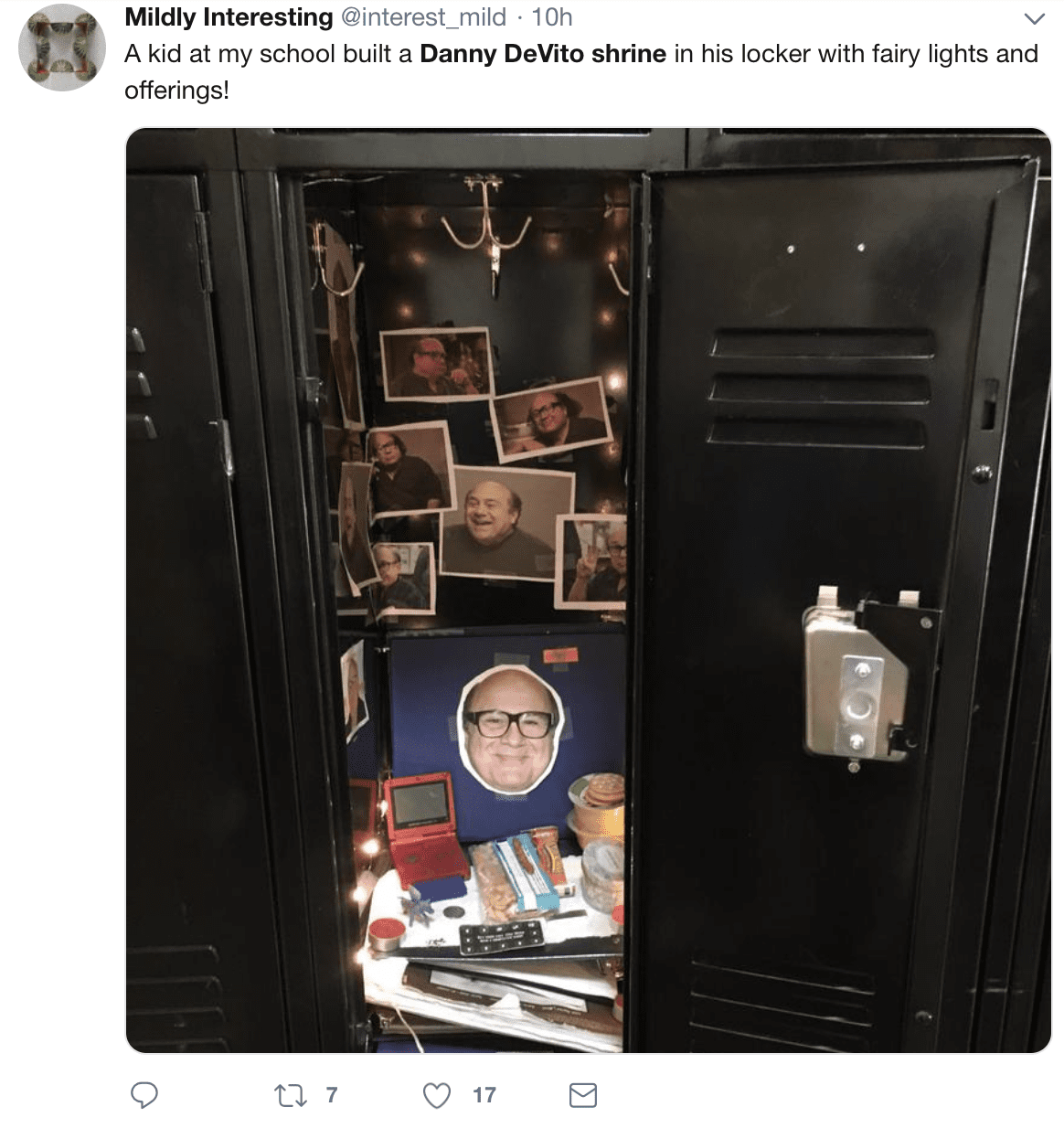 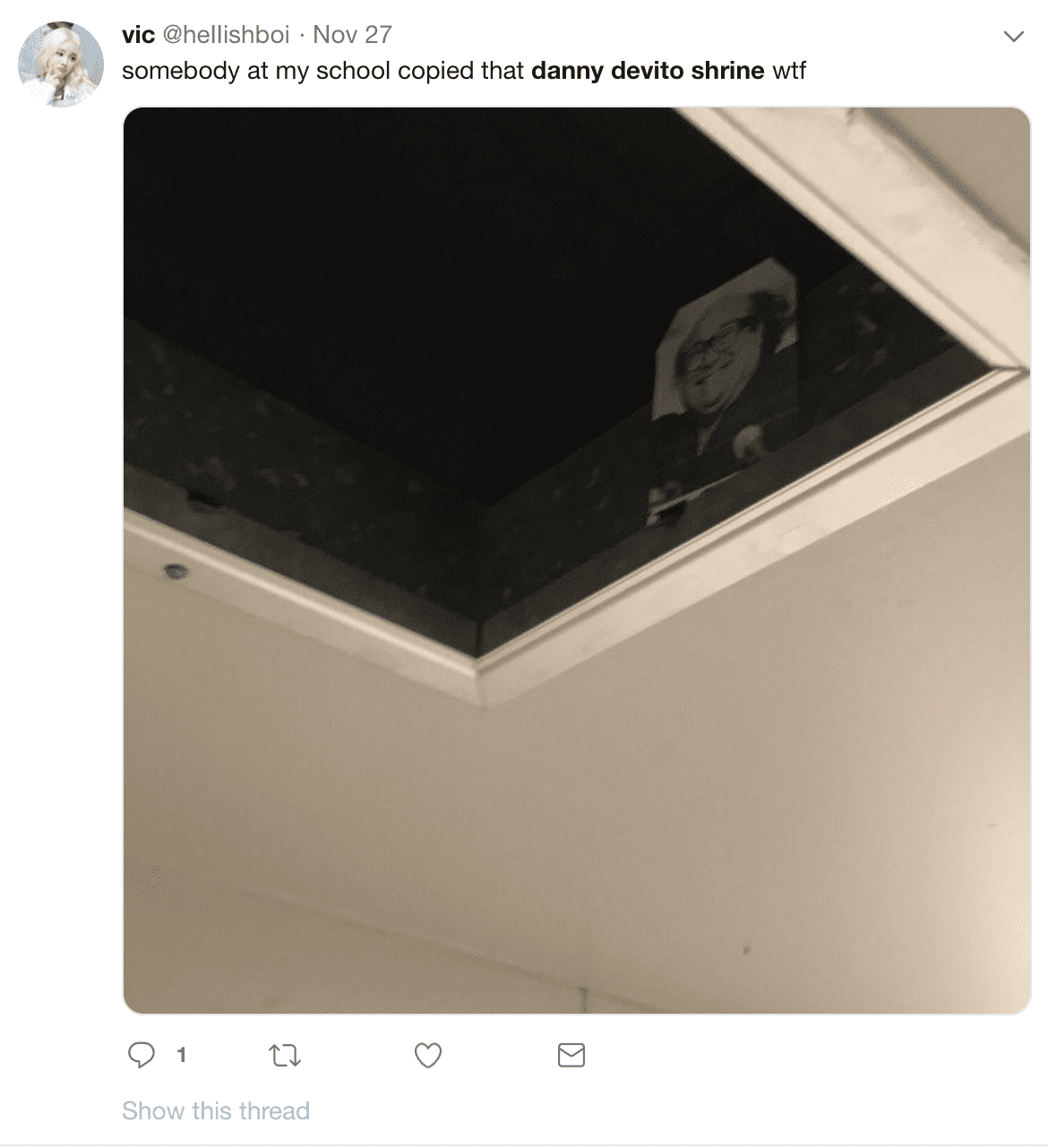 Danny had a good laugh as well and sent an important message about garbage: 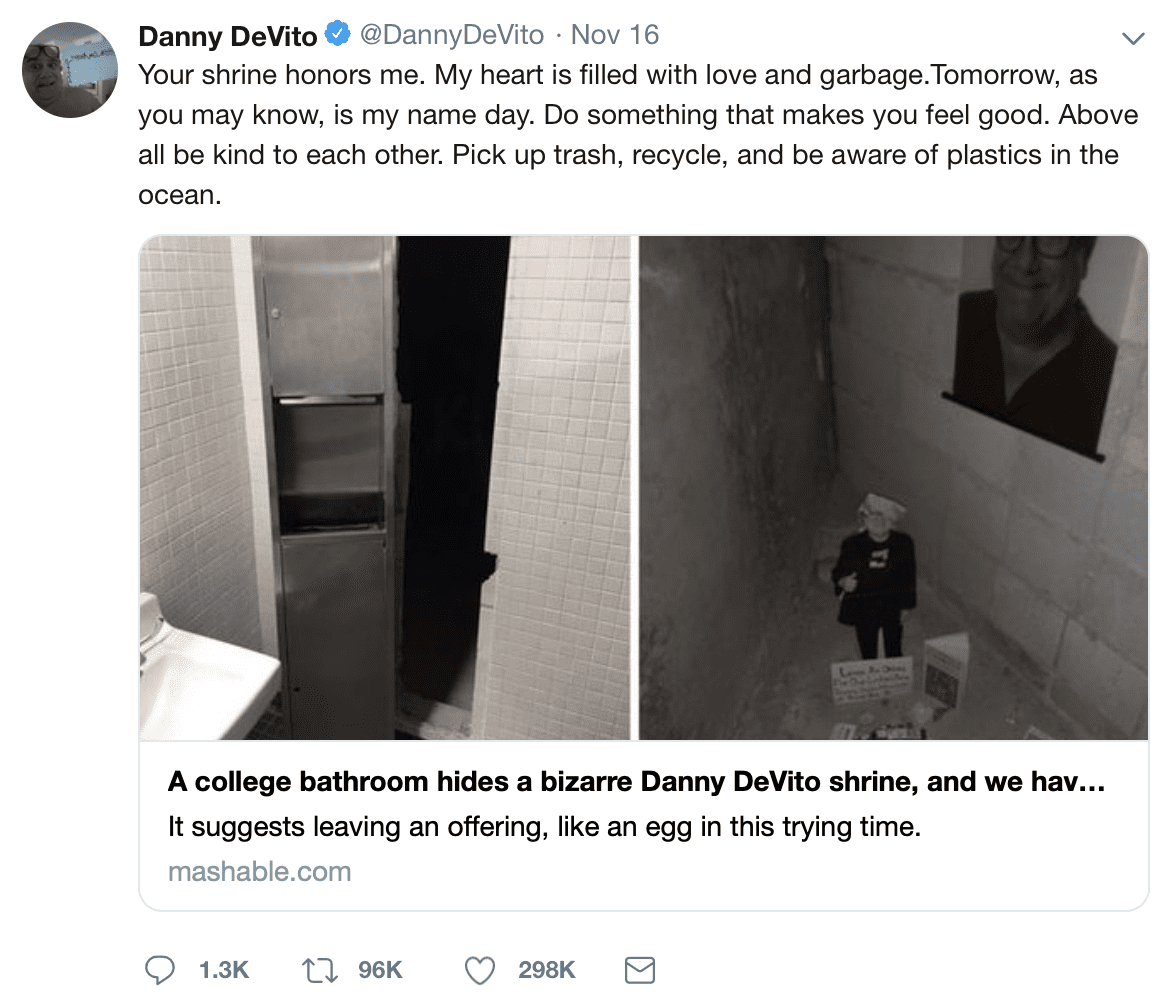 But questions still remain…Who did this? Why the obsession with DeVito? And how in the world did they find a removable paper towel dispenser? Alas, we may never know the truth, and I hope it doesn’t keep you up at night wondering as well…