It might seem to people that baby boys have always been gifted with blue things and little girls pink, but as with most things in life, those associations are much more modern than one might imagine.

If you’re a member of GenX or even an older Millennial, think back to all of the photographs you’ve seen of your parents and grandparents were babies? Were your dads and grandpas wearing blue? Grandmas wearing pink?

No. Most likely they were all wearing white or another pale color (perhaps light blue) in their professionally taken photos – and that’s because babies were babies and they wore baby clothes. Not gendered baby clothes.

Now, the choice to put pristine white on a baby is dubious in its own right, but what I’m saying is, associating colors with sex and gender is a newer thing, and get this – the reason behind it is all down to cold hard cash.

It wasn’t until after WWI that pink and blue became gender signifiers. Until then, like I mentioned, children up to the age of six or seven were usually dressed in gender neutral clothes that could be easily bleached clean, and that allowed parents to use the same clothing for any and all subsequent children.

Pastel colors like pink, blue, and yellow were introduced in the mid-1800s and were widely used, but were considered “baby and child” colors, not assigned to one sex or the other.

Then in June of 1918 Ladies Home Journal published an article that claimed, out of the blue, that “the generally accepted rule is pink for the boys, and blue for the girls.”

Which is, of course, the opposite of the generally accepted rule today. At the time, pink was associated with red and considered too harsh for girls, who should be dressed in the more muted colors of sky and sunshine. 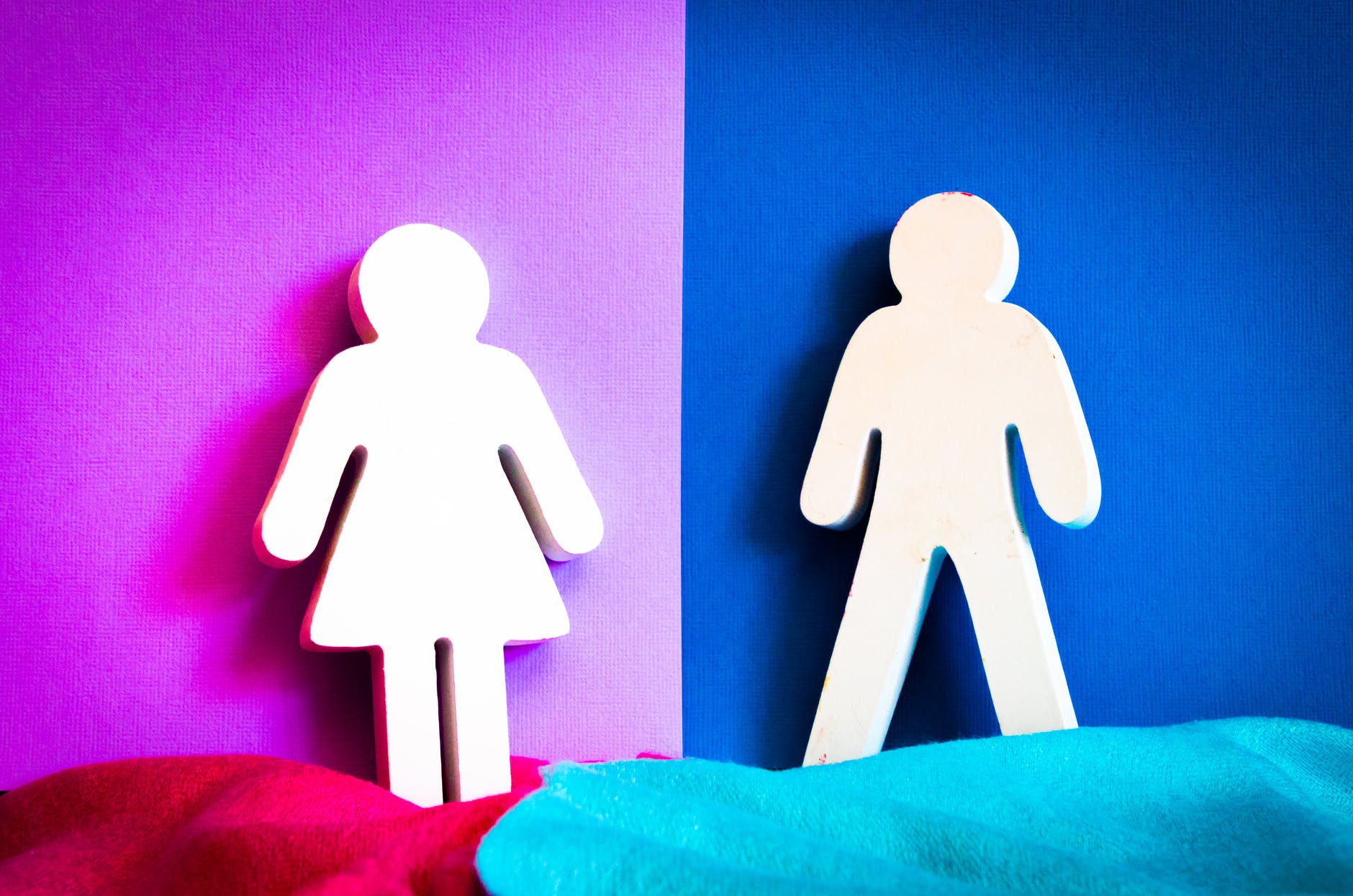 It was likely a marketing strategy to begin associating colors with sex in the first place. After all, why sell only one set of baby and toddler clothes when you could sell two?

By assigning colors to boys and girls, clothing manufacturers and retailers could double their sales, and by 1927, department stores all over America had jumped on the growing trend. Time magazine even printed a chart showing appropriate colors for each sex (though boys were still being assigned pink).

In the 1940s, the assigned colors flipped – blue for boys, pink for girls – but the popularity slowed with the advent of the women’s lib movement. For awhile, unisex clothing made a comeback that remained strong until the 1980s – around the time ultrasounds became clear enough for parents-to-be-to learn their child’s sex while still in the womb.

Dr. Patricia Shay, among others, definitely sees a correlation between the two.

“These days, the vast majority of pregnant women in this country want to know the gender.

This becomes highly profitable for manufacturers of baby clothes and baby products as parents-to-be share their news with occasions like “gender reveal parties.”

Most experts expect the focus on the gender of unborn and newly-born babies to wane in the coming years, as our society evolves to accept the idea that gender is an ever-evolving social construct, and more nonbinary people insist on recognition within the system. 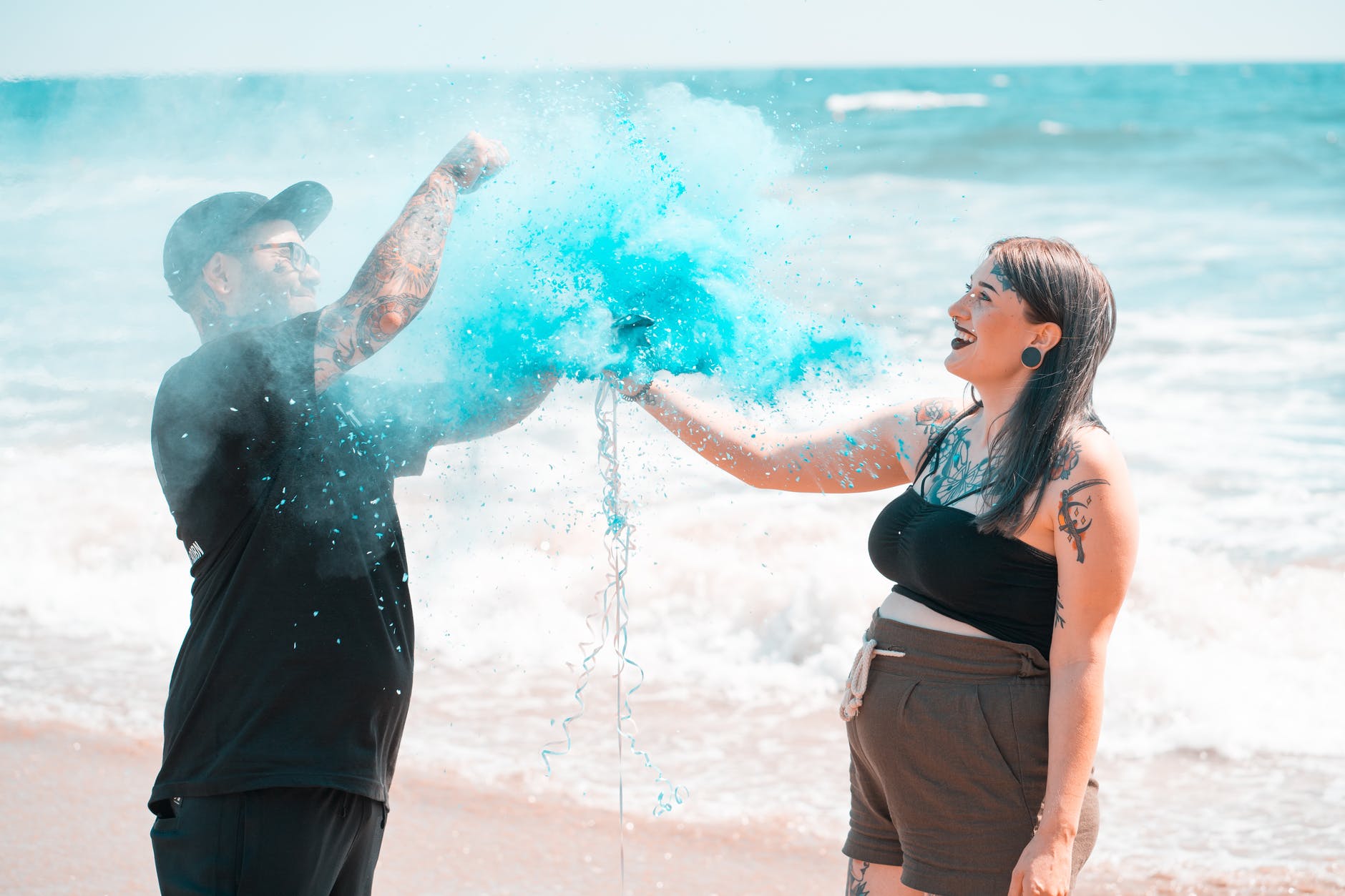 Things are changing, albeit slowly, so there’s a good chance there won’t be quite so much pink v. blue, Chase and Marshall v. Skye, Minnie v. Mickey, et al among our retail choices.

As the mother of two who identify currently as boys, I say it’s high past time to stop telling kids they should like one thing or another because of their sex – rainbows for everyone, right?