This is the Real Reason Why Gorillas Beat on Their Chests

It’s interesting to look at nature and try to figure out why animals do what they do – and how it can (or cannot) be related to human behavior in some way.

The latter is especially true when it comes to the great apes and other monkeys, since they are more closely related to humans in general.

If you’ve ever stood at the zoo and wondered why those huge, male gorillas seem to enjoy beating on their chests, we’ve got some answers for you below – and you know what? They might even be surprising. 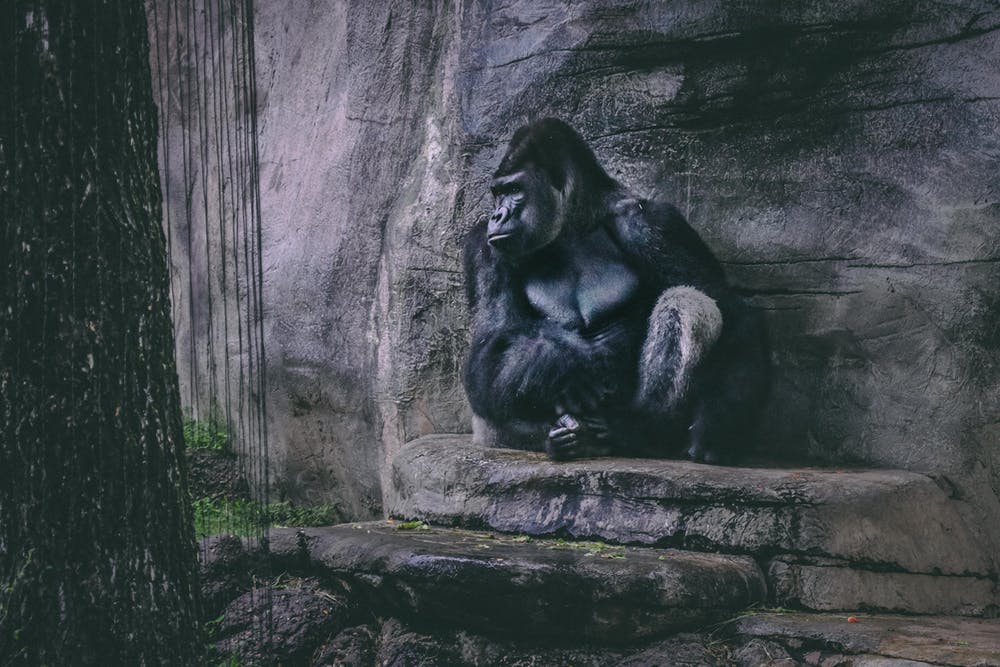 In a paper recently published in Scientific Reports, researchers at Max Planck Institute for Evolutionary Anthropology say they’ve learned why – and while one reason for the posturing behavior is about intimidating rivals, that’s not the only reason they do it.

The behavior, which includes a male gorilla standing on two feet, cupping his hands, and beating an alternating pattern on his pecs, also serves as a nonvocal way to attract females.

Adult silverback males can send the acoustic and visual cue more than 1 kilometer away – and both juveniles and even infants display the behavior in play, as practice, and in order to gain social feedback from their elders. 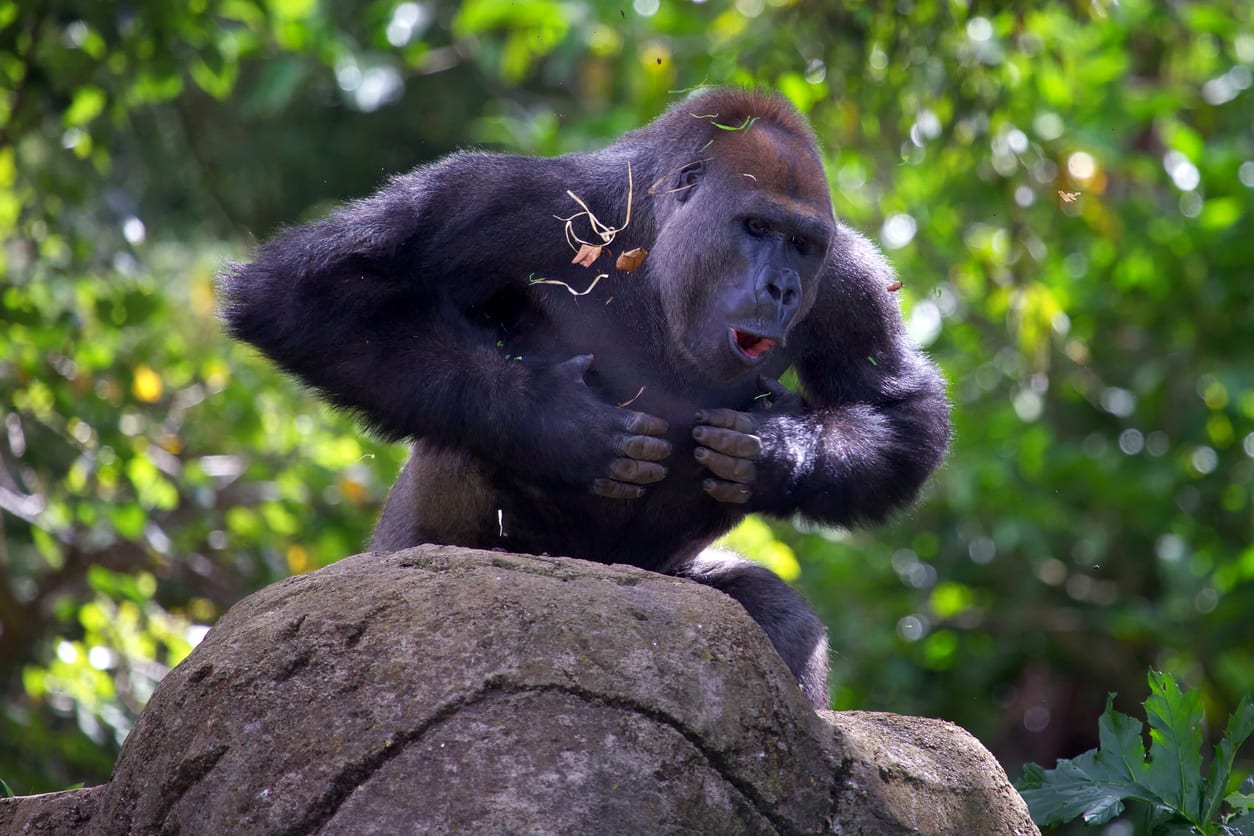 The researchers’ came to their conclusions using a technique called photogrammetry, which allowed them to measure the gorilla’s size in a noninvasive way.

They found that the larger the male, the lower peak frequency of their chest beats. The larger males have a better success rate with females and also sit higher in the social hierarchy.

Other males can gauge whether or not they want to tangle with the chest beater based on this auditory feedback as well, though contact aggression between males is not at all common.

Gorillas live in multifemale social groups, typically with only one adult male, though the females are free to move between groups if they find another male more attractive.

Researchers also found enough variation among males to make them suspect that the number and duration of the beats may be akin to an individual signature.

They’re hoping to do more research to confirm that theory. 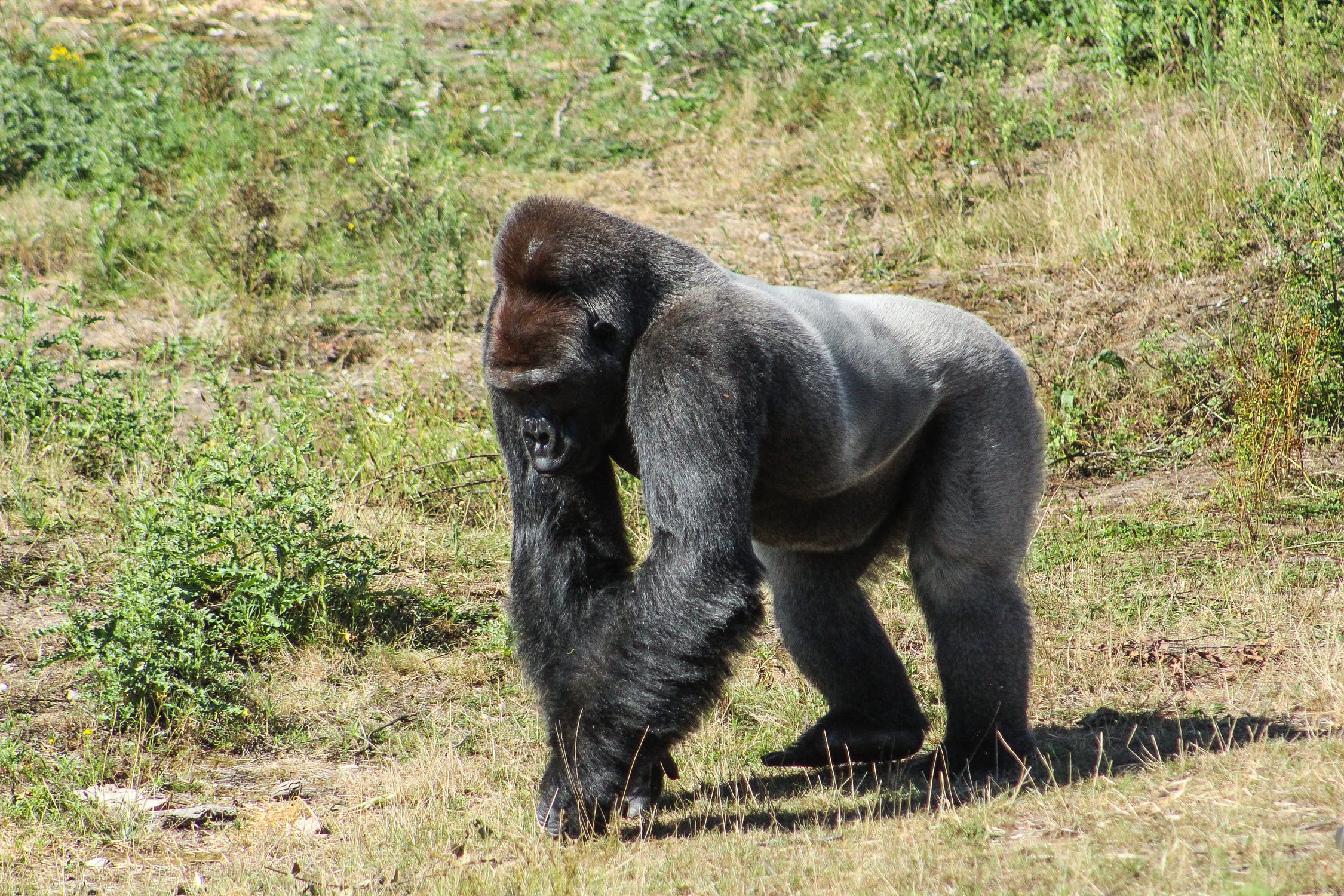 They don’t do it as often as we might believe, though – the average is only .5 times every 10 hours, though when females are ready to mate, those frequencies do increase.

Now you know – go on and impress your kids the next time you’re at the zoo.