If you’re into the Marvel Cinematic Universe, then you probably recall the infamous scene from Age of Ultron when the Avengers each try to lift Thor’s hammer.

In the scene, the teammates are all hanging out at Tony Stark’s house. Someone brings up the idea that only the “worthy” can pick up the hammer, named Mjolnir.

So of course, each of the Avengers wants to try it out. Everyone fails, but when Steve Rogers steps up to the plate, he almost pulls it off.

Now, the real reason why Cap couldn’t lift the hammer might have been revealed. 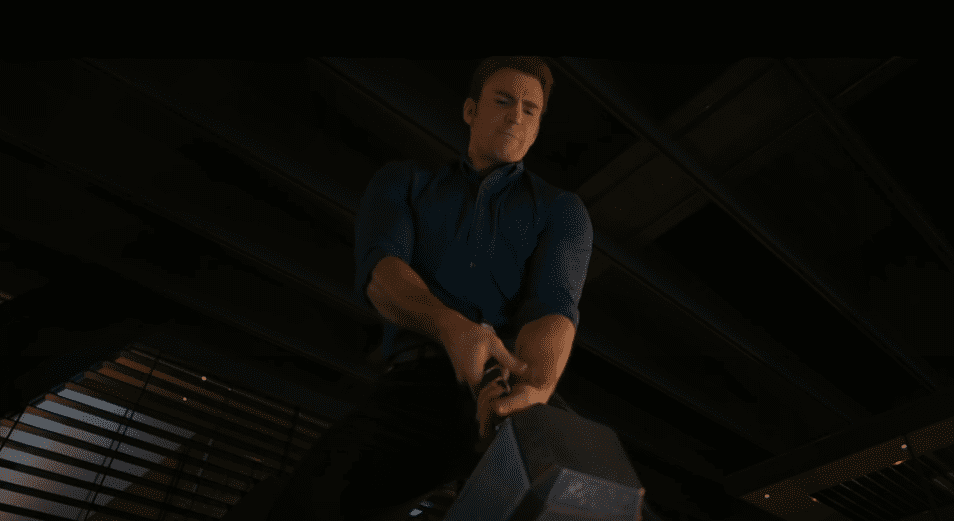 Luckily for Thor, it appears that Cap isn’t quite capable of lifting the hammer.

Fans have speculated ever since about what did, or didn’t, stop Captain America when he tried to pick up Mjolnir.

Marvel Studios executive Louis D’Esposito believes that Cap was actually fully capable of picking up the hammer, but chose not to.

I think one of the most special moments in this film is when Captain America picks up Mjolnir. If you remember from Ultron, they were all sitting around in the Avengers complex in Manhattan, and there’s a party, and they’re all a bit inebriated, and they’re loose, and they’re having fun, and they’re all trying to pick up the hammer. It’s Captain America’s turn to try, and you look over to Thor’s face, and he says, ‘I think he might be able to do it,’ but Cap doesn’t pick it up. But Cap could’ve always picked it up. He didn’t want to at that point because it would’ve not been right.

Joe Russo, who was one of the directors of Avengers: Endgame, has his own theory.

I think everyone who’s a Marvel fan in that moment where Cap tested the hammer, felt deep down in their heart that he was worthy and that he could potentially lift that and boy wouldn’t it be special if one day he did. And obviously if you create drama around the circumstances of him wielding the hammer and then kicking Thanos’ ass for 30 seconds after that, we felt like we could create a riseable moment for the audience.

In fact, in Endgame Cap does finally pick up the hammer at a crucial moment. 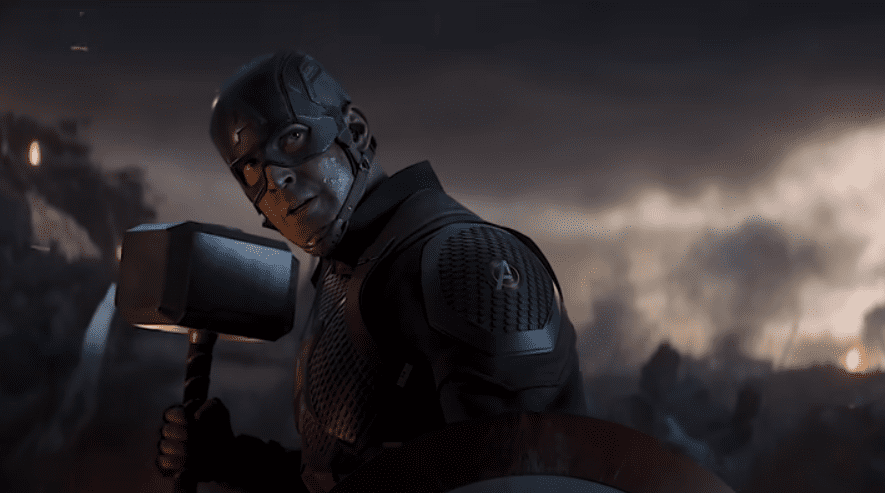 Have you seen this glorious moment?

No matter what the reason is, I think all Marvel fans can agree that our beloved Cap is definitely worthy.

Don’t forget to share this post with your friends, and let us know what your own theory about Captain America is in the comments!