We’ve all been the new person at some point – at the office, at school, at church – and when people tell you how things are, or what’s normal, you kind of feel as if you have to go along with it.

In this guy’s office, it was that the new guy buys donuts. And while he considered just going along with it, he found that he just couldn’t.

Let’s get into one man’s journey to be the most hated man ever in any office setting! 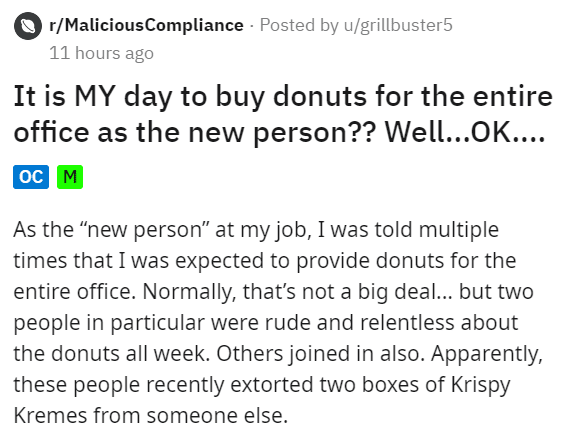 He didn’t want to be a bad sport, but he was hired as a manager for many of the people being pushy, and they were starting to piss him off.

He brought donuts…if you consider those little dry powdered things at the grocery store donuts. 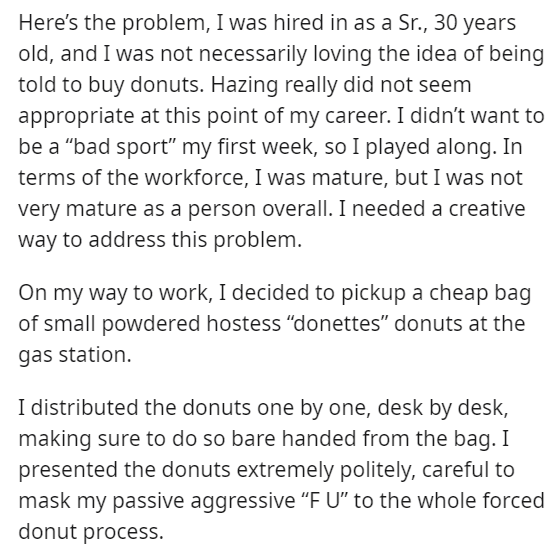 He handed them out, one-by-one, with his bare hands – because he’s clearly a hero.

Then it came time to hand donuts to the worst two offenders.

And yeah, things did NOT go well. 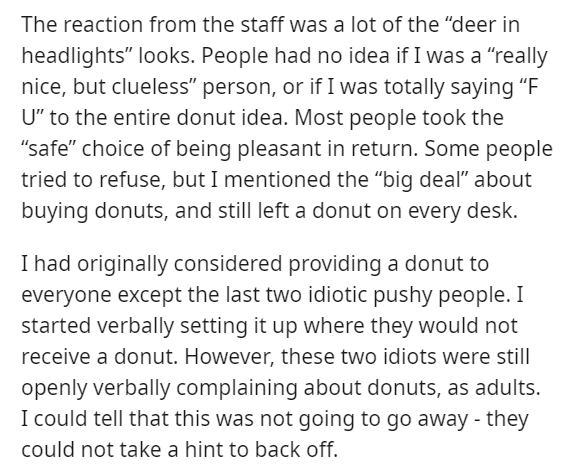 He cut the last donut in half, and slid them onto his middle fingers to deliver them to the last – and worst – of the bunch.

Because he’s a psychopath! 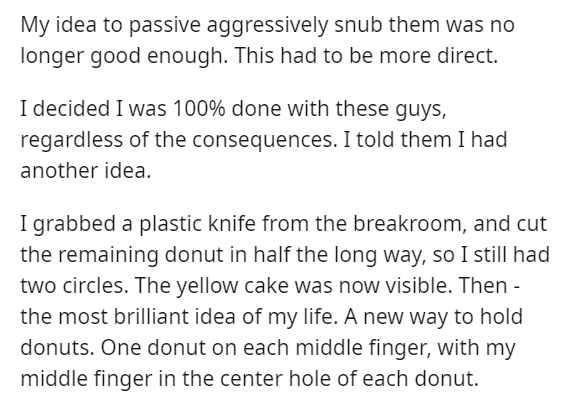 Neither one of them knew what to say.

I mean, imagine this happening to you… 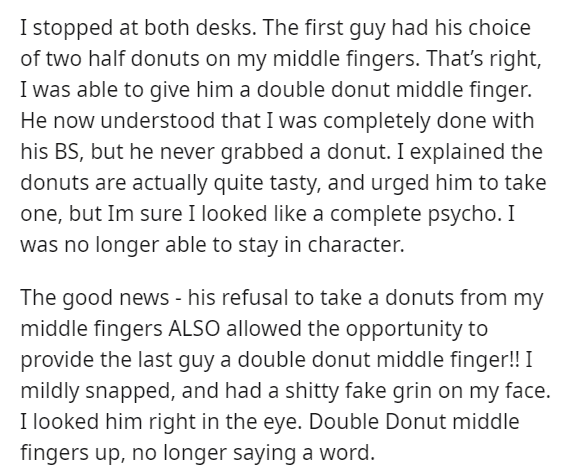 Frightening to respect for the rest of his time there, I’m sure.

Well… bravo… I think. How hard would it have been to just BUY the people you’re managing donuts, you sociopath.

Definitely try this at home if you, too, wish to get out of donut duty for all eternity…. and hated by everybody in the office.