Flags are a staple of classrooms. American flags, of course, but also usually a state flag. Sometimes the school flag, other times a military flag of some sort, or a college banner, if the teacher is a proud alum.

There don’t seem to be many rules (as long as one is not trying to fly, say, a Nazi or Confederate flag), but even so, this Nevada school district took it upon themselves to ban Pride flags from their classrooms (along with any perceived political speech).

One teacher in the Washoe County School District in Reno, Jennifer Leja, is speaking out against the new policy. She’s the only openly LGBTQ teacher at her school, and sees herself as a point person for students who are looking to explore their own identities. 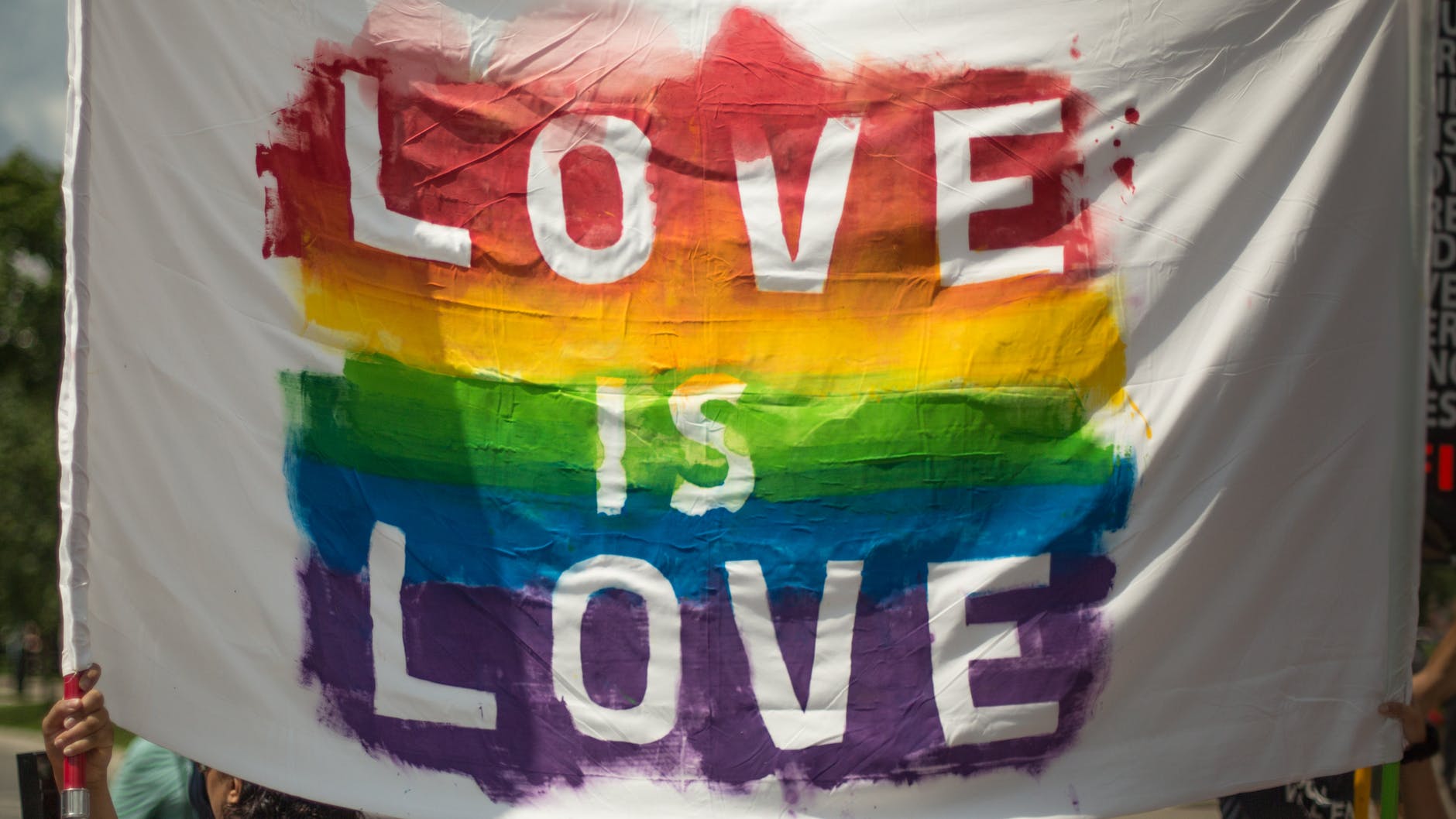 She keeps a Pride flag in her classroom, along with an assortment of other rainbow paraphernalia that students have given her, as she just really likes rainbows – and is proud of who she is.

This year, though, a new, district-wide policy banning “partisan political activities” during school hours meant that her Pride flag had to go back in the closet.

Seeking to clarify, Leja reached out to Trustee Andrew Caudill to clarify whether or not the policy included LGBTQ issues, and if it was ok for her to talk about her personal sexuality at school.

She received this email in response:

Who you are is not impacted by this policy, only what is expressed in class through visual aids.”

For Leja and other people who identify under the LGBTQ banner, their sexuality is not political.

“The issue I have with it is, I don’t think my existence and my identity is a political issue. I think that being able to have a rainbow flag is as much a part of my identity as anything else. It’s legal in every state to get married; it’s legal for LGBT people to exist in this country right now, so I don’t see how it’s a political issue.” 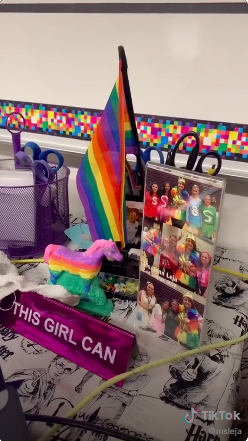 She’s not just fighting for herself, either, she told Buzzfeed News.

“It’s important for me because I feel like there are students who spend their lives in the closet and especially in middle school; that is when students are starting to figure out where they are.

They go through that time period where they don’t know who they are or what they like.”

Leja posted about the issue on TikTok, and though many, if not most, people agree with her stance, the District Trustee remains firm in his response that the policy doesn’t target LGBTQ issues, but includes “other kinds of speech such as Pro-Life, Pro-Choice, NRA, etc.,” and saying the district believes a government entity shouldn’t be seen as taking sides politically.

He did stress to Buzzfeed, though that Leja is not being asked to hide her identity on or off campus.

“But I want to be abundantly clear, the policy does not require staff to hide their own sexuality.

Teachers can let students know their sexuality, or mention their significant others, if they wish, regardless of sexuality.

The policy does not impact who a teacher is, it only impacts the advocacy for a specific political position.”

Teachers are also not allowed to take a stance on Black Lives Matter, a policy that has drawn criticism and petitions from students and teachers alike.

What do you think about this?

Sound off in the comments!